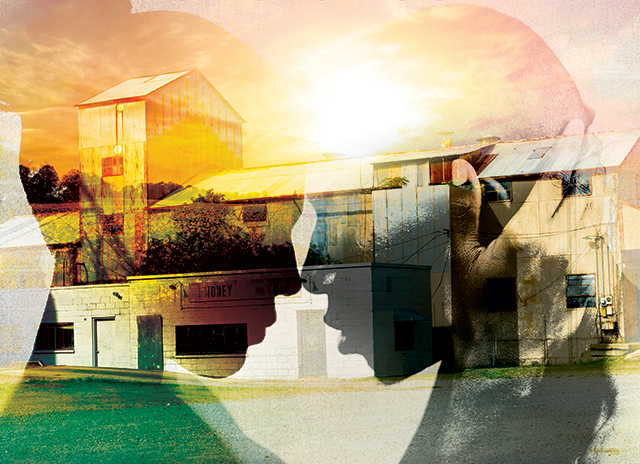 The barbaric murder of black 14-year-old Emmett Till for allegedly whistling at and coming onto a white woman at a Mississippi candy counter, is the subject of a trilogy by playwright Ifa Bayeza. benvolence, the second play of that tryptich is an ideal choice for reflecting on Black History Month. The first part was The Ballad of Emmett Till. You don’t have to have seen Part One to appreciate Part Two. For background: on a 1955 trip southward from his hometown of Chicago, young Emmett was targeted by racism in the most sadistic way at the end of August. Carolyn Bryant, a cashier, was falsely portrayed, by both herself and white people close to her, as a victim of black male misogyny. In other words: a false accusation. Though tried for murder, the white killers were acquitted by an all-white jury.

In 2008, Bryant admitted that what she said about Emmett grabbling her waist and and speaking obscenities was not true. This lie escalated the lead up to Emmett’s doom when four days afterward, Bryant’s husband and his half-brother kidnapped and tortured the boy, ultimately snuffing the life out of him. The details are absolutely gruesome. So gruesome that his death is often considered the beginning of the modern Civil Rights Movement, along with Rosa Parks historic refusal to sit in the back of a Montgomery, Alabama bus which happened later that same year in December.

Talvin Wilks is an inspired choice to direct the world premiere of benevolence for Penumbra Theatre, one of the nation’s topnotch producers of African-American drama. Three years ago, he staged one of the most ethereal plays of the Civil Rights Era to breathtakingly beautiful effect: Adrienne Kennedy’s The Owl Answers. Wilks also directed The Ballad of Emmett Till’s first Minnesota production at the Penumbra, in 2014. It garnered rave reviews. You can count on benevolence to be a sure bet. It delves into the ramifications of evil. 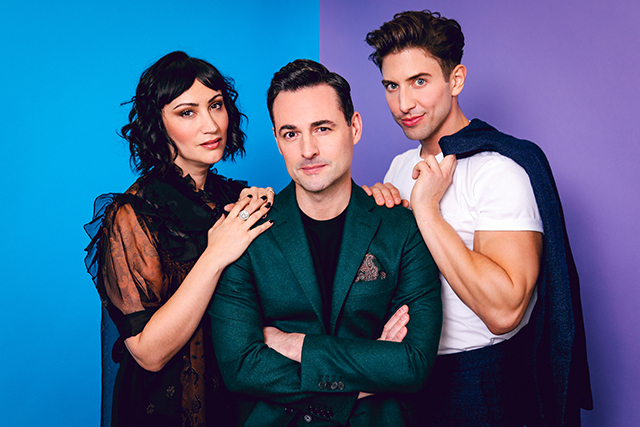 James Lapine is the man known best for winning three Tony Awards for Best Book of a Musical. Two were collaborations with lyricist-composer Stephen Sondheim: Into the Woods and Passion. The other, in collaboration with composer William Finn, was the gay-themed Falsettos in 1992. In 2016, Lincoln Center revived it and the production was nominated for the Tony for Best Revival of a Musical and the Drama Desk Award and the Drama League Award for Outstanding Revival. The national tour of that revival plays at the Ordway.

If you were a patron of gay theater in the 1980s and may be a bit puzzled by the title all these decades later, here’s possibly why. Falsettos is actually the second and third small scale musicals of an Off-Broadway trio of that genre titled In Trousers first produced in 1979. The second part, titled March of the Falsettos, was staged by itself Off-Broadway in 1981. A gay male couple, a wife of one of them who feels betrayed, and a young son are central to the story. The third, Falsettoland, adds further dimension with anxieties around the son’s Bar Mitzvah, the addition of two lesbian neighbors, and baseball.

I actually saw March of the Falsettos at New York’s Playwrights Horizons in 1981. As a young gay man in his coming out process, it was enthralling. Here was a thoroughly gay perspective of a man who struggles with his need for same sex love, yet feeling the responsibilities for his wife and young son. The 21-year-old me felt proud that a gay-themed work that plunged into issues of faith, gay romance, responsibility, and guilt, was getting audiences and rave reviews. However, this was before AIDS hit. That said, in the final version, Falsettos, which you can see at the Ordway, the specter of that virus looms. It’s important for GLBT people to never forget how that crisis shaped our individual psyches and our collective consciousness. Finn and LaPine’s magical blend of warm humor, sharp wit and pathos makes for masterful musical theater. You’ll also experience some of the contemporary stage’s cleverest and most delightful tunes: Four Jews in a Room Bitching, My Father’s a Homo, and the marvelous March of the Falsettos.

Shannon TL Kearns, who wrote last year’s trans play masterwork, Twisted Deaths, is back already with a new work. Titled Line of Sight, it launches a new season for Uprising Theatre Company that focuses on gun violence from the perspective of those shut out by gender identity bigotry. Director Ashley Hovell shares, “I was drawn to this project because it asks a lot of questions. What trauma do we inflict on people, especially the marginalized? How do we hold on to our identity in a world that is constantly telling us to conform? Why do we have so much gun violence in this country? How can we better understand and stand up for others? How do we find the strength and courage to hold on to the powers with in us?”

Hovell adds, “It is exciting to work on a show that asks so many questions. With elements of magical realism, a Greek-like chorus that adds drama, hope and fear, and a powerful young trans man who is trying to answer these questions for himself, this show is sure to inspire, challenge and give our audiences something to think about.” 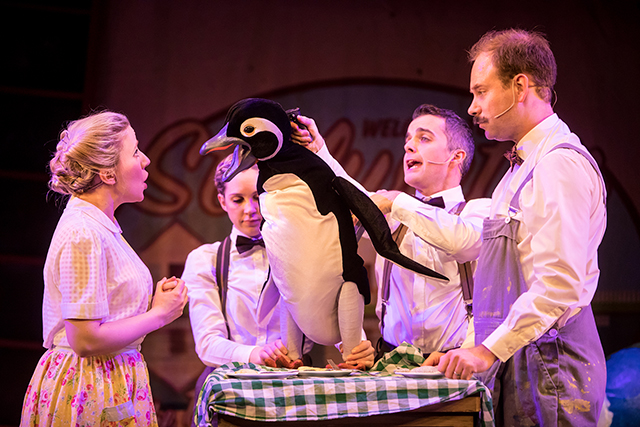 An old CTC favorite returns in a brand new production. Artistic Director Peter C. Brosius says that Mr. Popper’s Penguins “is a story about dreamers—that incredible story of Mr. Poppers who wants to be an explorer—he is obsessed with listening to the stories on the radio of the great adventurers who travel to our Poles and encounter incredible adventures and test themselves—a very big dream when you spend your days as a house painter in a small town. Then he is given the ‘gift’ of a series of Penguins, which he transforms into a wonderful vaudeville act. It is both a piece about the power of theatre and the delight of creating an act out of dancing, singing penguins. It is also about what it means to never give up, to press for your dreams, though they may seem foolish to some.” 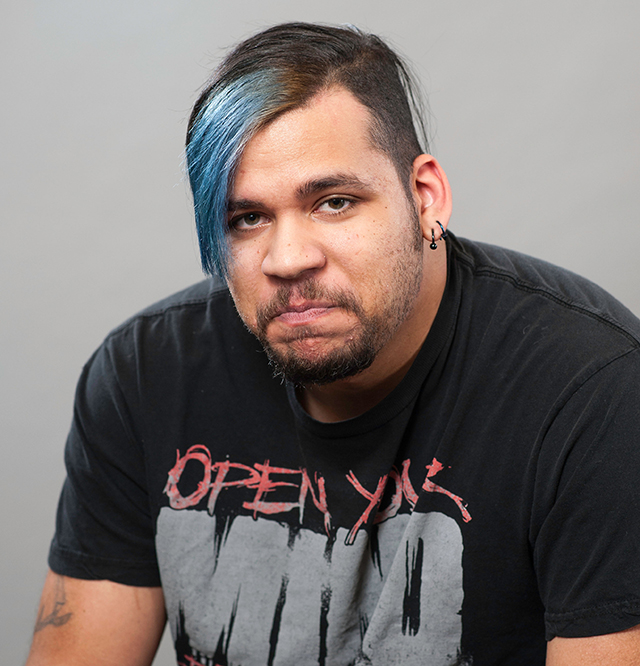 Chain Reaction Theatre Project presents a new play that addresses issues surrounding masculinity. Playwright-director Shelley Smith, along with input from various writers through correspondence, interviews and research, hones in on overwhelming pressures and expectations experienced by men and boys. It will surely be a hot topic in light of the controversy around so-called toxic masculinity. Smith relates, “When I first tell men that my current project is about masculinity, I either see fear and/or knowing in their eyes. At first, men were really leery about what I’m doing—women too. Pretty soon, guys were coming out of the woodwork wanting to tell me their stories. Our past projects have dealt with global and national issues such as domestic abuse, rape, sex trafficking, oppression and gender stereotypes—stories primarily about women. This time I wanted to find out what it’s really like to be a guy.”