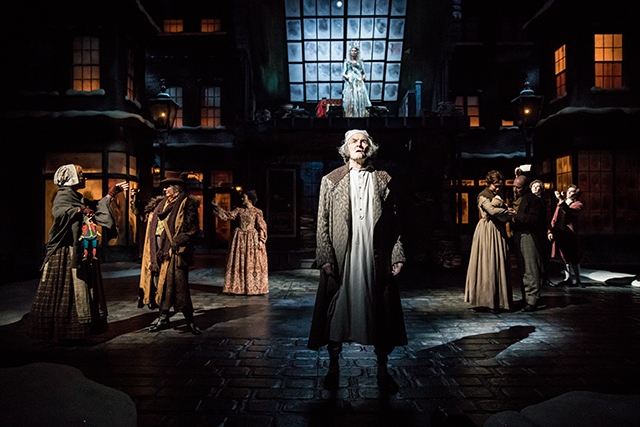 Once again, Nathaniel Fuller reprises his acclaimed lead performance as the miserly Ebenezer Scrooge in the Guthrie Theater’s annual production of Charles Dickens’s A Christmas Carol. This stage adaptation by Crispin Whittell also features the superb Charity Jones, a master of classical theater, in 13 of the run’s performances in a crossgender turn in the role.

Artistic director Joseph Haj says, “This play has one purpose, and that is to bring us joy by reminding us of our better selves. If even the misanthropic Ebenezer Scrooge can change so meaningfully and so completely for the better, perhaps there is hope for the rest of us. Even after more than four decades at the Guthrie, A Christmas Carol’s message of hope still rings true.” 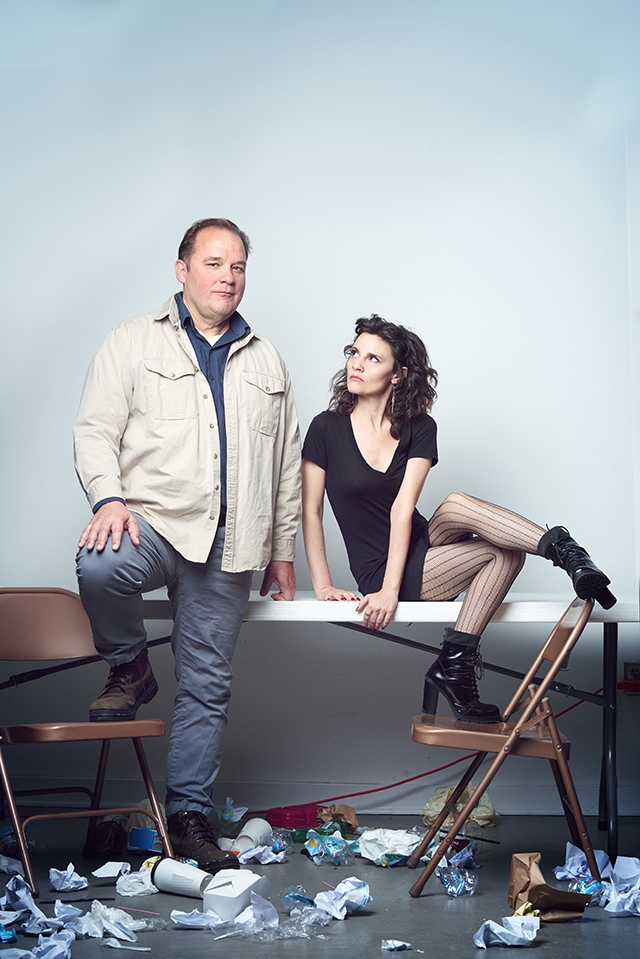 Michaela Johnson directs David Harrower’s drama, Blackbird, for Dark and Stormy Productions. This intimate two hander features Sara Marsh and Luverne Seifert. Marsh, who is also Dark and Stormy’s artistic director, is acutely aware of the play’s controversial content and the controversial perspectives it relates. She says Blackbird has “been mischaracterized as a ‘woman meeting her abuser 15 years later’, but this play is far more nuanced than that. Some audience members may ultimately decide that’s what this play is about, but it’s possible that others might not see it quite the same way—there is a tremendous amount of ambiguity written into this play which will challenge the audience to think critically about these issues. What does consent truly look like? What does redemption look like? Can someone be held accountable for their actions but also become a productive contributing member of society? How do power and love each play into this equation?” 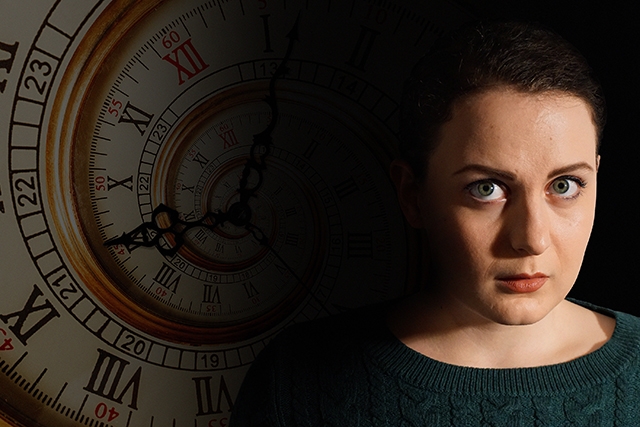 Go Back For Murder. Photo by Bob Suh

Theatre in the Round is an old hand at producing the plays of that most popular female writer ever, Agatha Christie. This season they are presenting one of her lesser known dramas, Go Back For Murder. Director Lynn Musgrave tells us, “I did a little research prior to reading the script; it was originally a Hercule Poirot story called Five Little Pigs/Murder in Retrospect.  When asked, late in her playwriting career, for a new stage production, the grand Dame adapted her story, replacing the eccentric Hercule—of whom, she said, she’d grown tired, with earnest young solicitor Justin Fogg (Grant Hooyer).”

“What struck me immediately upon reading the script (circa 1960-61) was how much more developed these characters are than most Christie characters. Carla (Claire Avery), our heroine, is on a quest to clear her mother’s name as a murderess found guilty of poisoning her husband. Before ‘going back’ sixteen years, we’re allowed to become well acquainted with Carla, her childhood trauma, and the characters from her mother’s past who will both help and hinder her quest.”

Musgrave adds “I’ve also been struck—it’s pretty inescapable—by the very feminist (for the early ’60s) stance taken by Dame Agatha in this story. This prolific lady playwright never took a sociopolitical stance; moreover, her canon rarely even mentioned the cataclysmic events taking place in Europe over the course of her writing career. Here, though, we’re ‘flashing back’ to the days immediately following the end of WWII with an openly philandering artist as the murder victim. And we have two ladies—the eccentric governess and her charge—played by Annette Kurek and Gillian Mueller, central to the plot, who have ‘no use for men.’ My, Dame Agatha, how you’ve changed!” 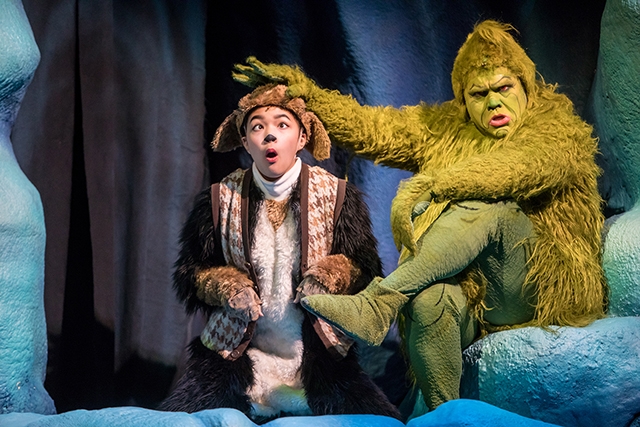 How The Grinch Stole Christmas. Photo by Dan Norman

Reed Sigmund, one of the finest comic actors around, returns this year in the title of role of Dr. Seuss’s miserly and miserable Grinch. Of course, there’s a whole lot more beneath the character’s spectacularly grumpy surface. Sigmund elaborates, “The Grinch carries a soul with such depth and richness that I never tire of exploring each and every nook and cranny of his complex personality. As I prepare to don the green fur once again, I giddily wonder what new discoveries I will make in this production.” 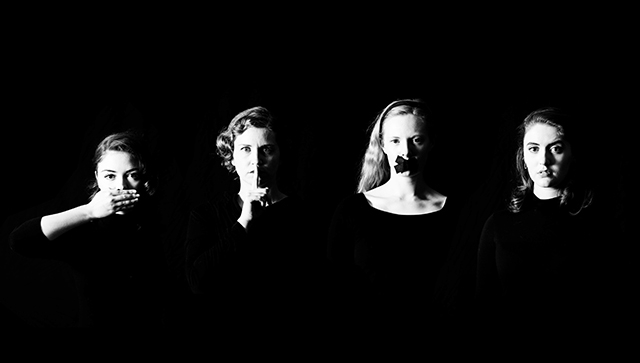 Classical Actors Ensemble is presenting two major plays from the early 17th century English Renaissance, specifically the era of King James I, the period known as the Jacobean Era. Measure for Measure and Women Beware Women run in alternating performances at Gremlin Theatre with the same actors playing the different roles of the two plays.

William Shakespeare’s Measure for Measure still stuns as a dark vision of arbitrary law enforcement by a corrupt power structure. When a judge played by Daniel Kristian Vopava takes control of Vienna, he pursues an agenda to shut down brothels and severely punish heterosexual fornication. The play expresses latent fears about a Puritan backlash against the English Crown. That backlash would finally manifest in the English Civil War starting in 1642.

Director Diane Mountford says, “When I tell people I’m directing Measure for Measure, everyone comments on how relevant the play is in our modern world. Which is true. But it also makes me want to scream. I could wish that the plot of Measure for Measure no longer worked; that the issues of power and legislated morality had worked themselves out to a more just equilibrium over the past 450 years. But the fact of the matter is that they haven’t. So until they do, we need to keep looking at these issues and working to do better. And Measure for Measure is a very good lens through which to focus.”

In Women Beware Women, playwright Thomas Middleton created one of literature’s most diabolical female characters, Livia. Samantha V. Papke plays the role for CAI. This Livia is not to be confused with another one – the actual historical Livia, diabolical wife of Roman Emperor Augustus. Though it’s difficult not to make the comparison. In Middleton’s play she arranges down low relationships between men and women, which puts the women in peril. And the men as well, for that matter. The Jacobean Tragedy genre is renowned for its evocations of vengeance and this play most definitely delivers that in the bloodiest way.

Joseph Papke directed a marvelous CAI production earlier this year of The Roaring Girl which Middleton co-wrote with Thomas Dekker. Therefore, his direction of this revenge tragedy is eagerly awaited.  Papke says, “While its somewhat cryptic title lends itself to interpretative debate, our production focuses on how a strongly patriarchal society limits women’s options and agency, and what surprising choices for survival, and perhaps even happiness, can result.” 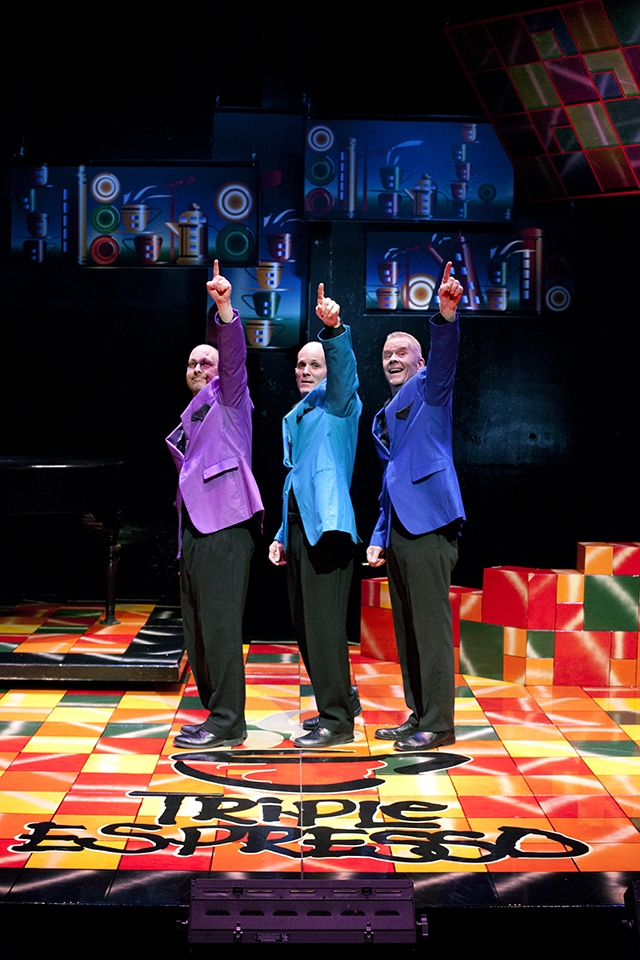 Three zany performers—a musician, an illusionist, and a comic—wax woefully about a showbiz break gone bad on a major television show. Their names are as madcap as their antics: Hugh Butternut, Buzz Maxwell, and Bobby Bean. Triple Espresso creates a contemporary version of the vaudeville tradition in a sketch-driven production that has played almost continually for 22 years. It originated in Minneapolis where it ran until 2008 and would go on to become the longest running show in San Diego. Triple Espresso has also played abroad. It even includes shadow puppets!