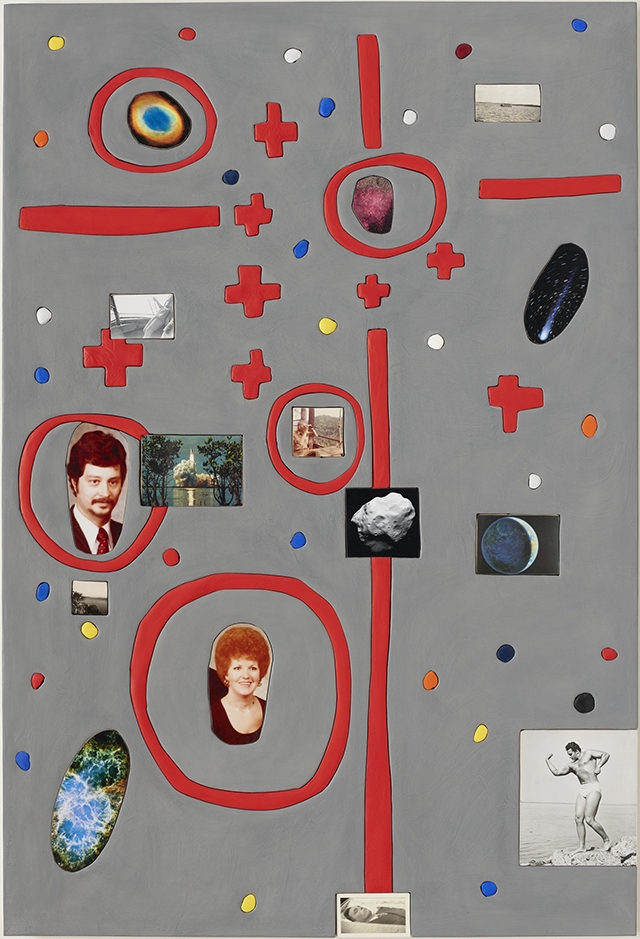 The Contested Body. Image courtesy of the Minneapolis Institute of Art

The body is by nature a biological entity. However, cultural constraints influence how the human form exists and transforms in time and space. The Minneapolis Institute of Arts features a thought-provoking installation of paintings, assemblages, photographs, and audio that comment on such constraining influences with the hope of perhaps transcending them. Sadie Bennings’s assemblage of photographs and other images reflects imagery of gay youth with a beefcake muscle stud, a sensuous male with a swimmer’s build, and what appears to be a cisgender male figure in a coffin—the person seems to have died young. Might it symbolize the death of the self, or perhaps the result of AIDS? Around these smaller likenesses are circles and crosses signifying the decoupling of the symbol for female gender.

The Contested Body’s strongest piece is George Segal’s sculpture of two bandaged women in physical communication with each other. Its human models were actually art critic Jill Johnston and the woman who was her partner at the time. Moreover, it was created in 1969, the same year as the Stonewall riots, so its theme of lesbian identity has singular potency.

Enhancing Segal, Bennings, and the various other artists, is Sharon Hayes’s audio made in 2007-08, I March in the Parade of Liberty But As Long As I Love You I Am Not Free. The content voiced contains slogans from early gay liberation parades, allusions to the US-led invasion of Iraq, and the De Profundis love letter Oscar Wilde sent to Lord Alfred “Bosie” Douglas from Reading Gaol. 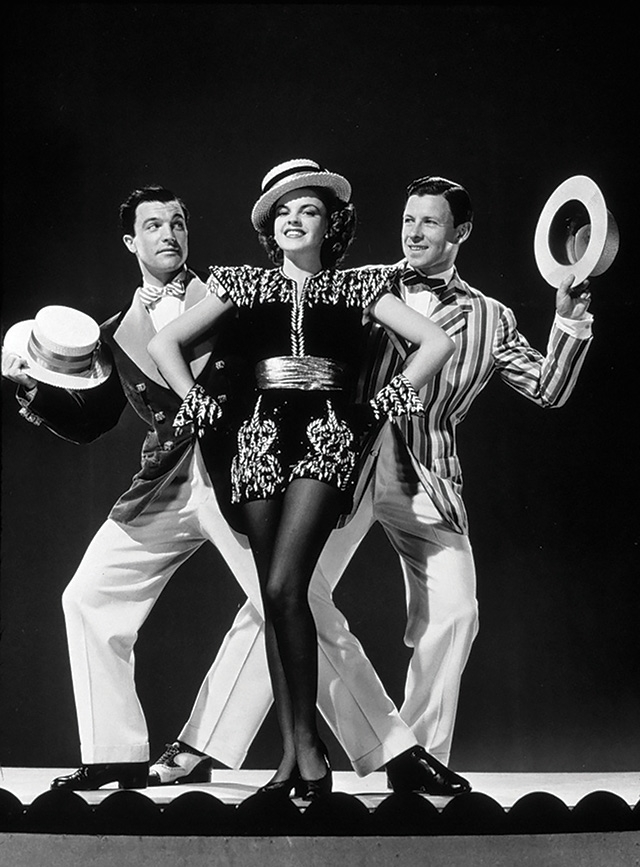 Busby Berkeley (1895-1976) looms as early sound cinema’s signature director and choreographer of musicals. His kaleidoscopic configurations of female dancers in the “Showgirl” tradition still mesmerize to astounding effect. What’s more is that the images we see in his films were staged and shot in Hollywood studios and not influenced by high tech special effects. The coordination of the dancers exemplifies concentration and precision of the highest order under the pressures of lights, cameras, and cuts.

During his service in World War I as a Field Artillery Lieutenant for the U.S. Army, it is generally thought that it was watching military drills that planted the roots of Berkeley’s distinct style. In the 1920s he choreographed several stage musicals on Broadway. In the ’30s, he was utilized by powerful Hollywood producer Samuel Goldwyn for the expanding movie industry, and the rest, as they say, is history.

You can see some gorgeous images from that history on the region’s most sumptuous classic movie theater’s widescreen, the Heights, in Columbia Heights. Their current Dance! Dance! Dance! The World of Busby Berkeley series signifies their loving commitment to the history of film in our own present time when entertainment seems to always be about Now! Now! Now!

If you’re somewhat familiar with movie history, you’ve likely heard the term “gold digger” as synonymous with the Busby Berkeley canon. On Aug. 16, you can catch Gold Diggers of 1935. The vibrantly wholesome Dick Powell impressed in this joyous film as a med student performing as a singer at a Catskills resort. Powell is hired by a mother to escort her daughter, despite the fact that he is engaged to be married to another young woman. Its famous number, Lullaby of Broadway, glistens with tapdance that will take your breath away.

Minnesota’s Judy Garland played her first adult role, along with another Hollywood singer-dancer giant, Gene Kelly. This incomparable couple creates romance in 1942’s For Me and My Gal (Aug. 23), which was directed by Berkeley. However, it was Bobby Connolly who choreographed its vaudeville theatrical numbers matched with tunes from the World War I era.

One of the towering (literally) images of Old Hollywood features Carmen Miranda in The Lady in the Tutti Frutti Hat: a sensuous number with lots of scantily clad women dancing with large bananas. The innuendo was enough to get The Gang’s All Here (Aug. 30) banned in Brazil, Miranda’s home country. What was Berkeley’s first color film as a director became a camp classic. It’s surrealistic imagery was beyond the norm of the conservative Hollywood studios.

This is the 100th anniversary of the birth of Leonard Bernstein, who passed away in 1990 at age 72. He was actually a household name for being the music director of the New York Philharmonic Orchestra. In the early years of television, he presented lectures on classical music. Though best known for his West Side Story score, his music for Candide and Wonderful Town is also beloved. Bernstein is also known for Chichester Psalms, Mass, and film music from On the Waterfront.

Acclaimed Twin Cities performer Bradley Greenwald wowed audiences three years ago with a retrospective on another great music figure, Jacques Brel, for Chronoform Productions, and now he’s back with a Leonard Bernstein retrospective. The performer has gleaned much of the piece’s content from what he calls “unbelievably rich correspondence he had with everyone who was famous in the 20th century. These letters are more than the ‘How-are-you-I-am-fine’ updates, or clever witty missives. They contain intimate and profound discussions written to and from not only a composer, but a world-renowned conductor and pianist, an educator, a son and husband and father. The letters chronicle a Jewish, not-completely-discreetly-gay, socially enlightened American—with an open file at the FBI—not only breaking through, but dominating the elite cultural world of New York. The letters delve intimately into the art, sexual identity, and progressive politics of a Renaissance man who worked to erase the boundaries separating ‘high’ from ‘low’ music, and the ‘high’ and ‘low’ American. Knowing the struggles, angels and demons of the artist behind the music makes performing the songs a profoundly rich experience.” 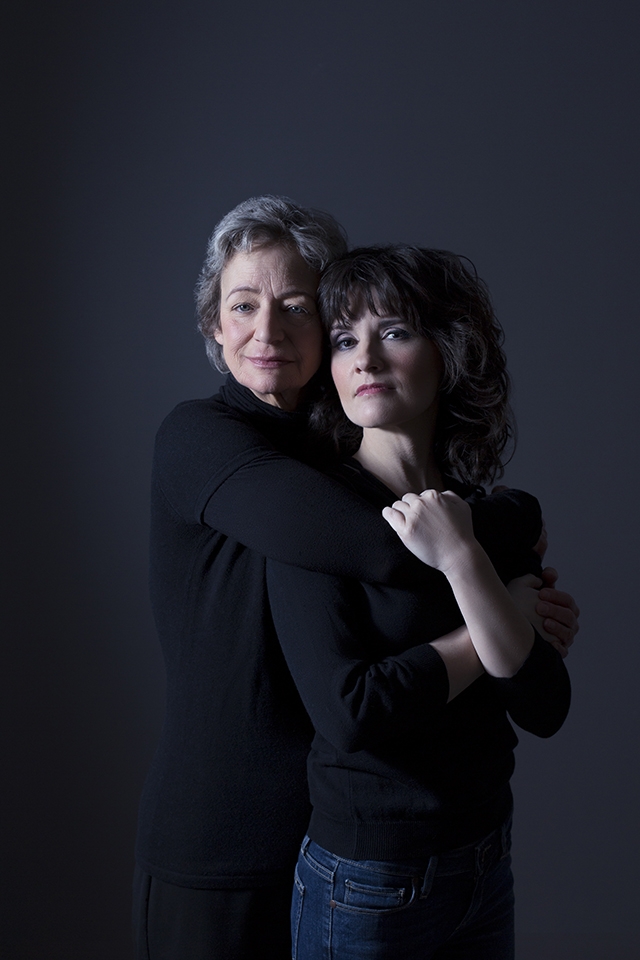 Rocky parent-adult child relationships have been the source of great drama and Marsha Norman’s Pulitzer Prize-winning ‘night, Mother is one the most devastating. Its subject is Jessie, a daughter in her 30s, who makes it clear to her mother, Thelma, that she fully intends to commit suicide because of marital problems and a son with crime and addiction issues. This heavy drama shifts from Thelma realizing that Jesse is actually serious to passionately trying to convince her not to go through with it.

Sara Marsh and Sally Wingert have co-acted in previous Dark and Stormy Productions, and they pair up again in ‘night, Mother under the direction Haley Finn. Recent high profile suicides such as Anthony Bourdain, Jill Messick, and Kate Spade show that the concern is always with us. As Marsh points out, “There is never a wrong time to do this play, because it’s always important to address the issue and impact of suicide right now whenever now may be.”

‘night, Mother requires a mutual vulnerability shared between the actresses playing its roles. Marsh says of Wingert: “We have a singular trust and chemistry, and I wouldn’t want to do this play with anyone else. And that’s the thing: this beautifully crafted piece is far more than just an issue play, and that’s what I love about it and what makes it both effective and meaningful. Jessie and her mother, Thelma, are characters we care about. We as actors, we as the audience—we care that Jessie sees no value in moving forward, that the only peace she sees is in ending her life, and we care that despite the fact that they live together, her mother is absolutely stunned by that revelation, and about her mother’s inability to understand or accept it. We are as frustrated with the two of them as they are with each other, and we are as heartbroken as they are in their deep desire to reach each other and their failure to do so over and over again.”