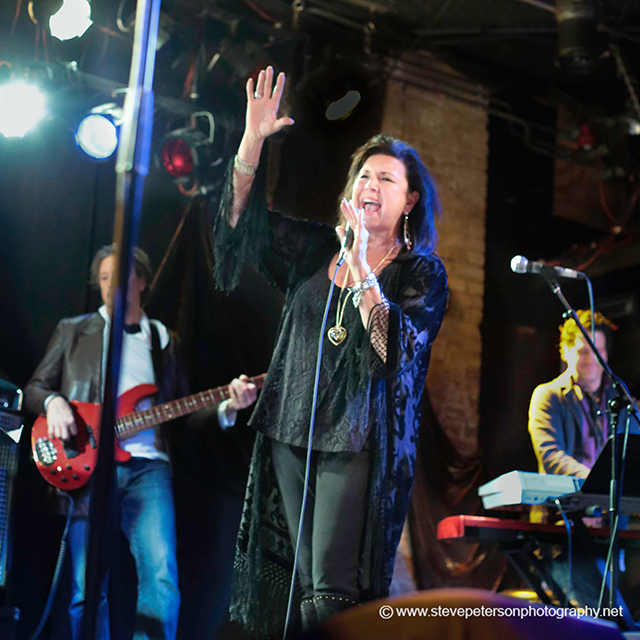 Two very different but very beautiful musical styles will be performed by terrific female vocalists in the Chanhassen Dinner Theatres’ Fireside space for the Concert Series. The wonderful Patty Peterson rises to the challenge of “Babs” with some of Barbra Streisand’s biggest hits, such as People from early in her career when she made had her mark on Broadway with Funny Girl; Evergreen, the Oscar-winning tune from A Star is Born; to what is one of the Great One’s unrecognized great renditions: the theme song from her underrated 1970 film, On a Clear Day You Can See Forever.

In striking contrast, a week later, the talented Pamela McNeill, Mary Jane Alm, and Jeff Engholm vivify the mystical and rambunctious sounds of Fleetwood Mac. Remember when the group performed the rousing “Don’t Stop Thinking About Tomorrow” at the Clinton Inaugural bash 25 years ago as a sign of hope and optimism? And few rock groups of the time captured the ethereal sense expressed so magnetically in tunes like “Gypsy”, “Rhiannon”, and the echoes sung by Stevie Nicks in contrast to the perfect forefront vocals by Christine McVie. And of course, that most magical tune, “Sara”. All of these dreamy numbers are among those slated to be performed. 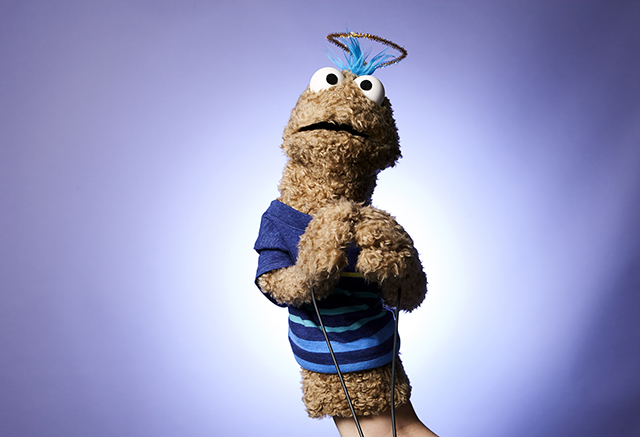 This Best Play nominee for the 2015 Tony Award is receiving its area premiere at the Jungle Theater. Playwright Robert Askins pits his seemingly low-key teen protagonist, Jason, against the youth’s small town pastor, as well as a bully. His weapon: a foul-mouthed puppet he manipulates to vent his dismay over the status quo. Indeed, this is not what the local Christian Puppet Ministry had in mind! Riley O’Toole played Jason to acclaim in Salt Lake City last year, and reprises his role in Minneapolis under the direction of the Jungle’s Resident Director Christina Baldwin.

Hand to God has been compared to the musical The Book of Mormon for its passive-aggressive take on conservative Christianity in middle-America. (Some of course, don’t see Mormonism as Christian, but that’s another discussion.) Opinions range on Askins’ intent but it is generally agreed that he effectively creates a vivid characterization of a suppressed id underneath Jason’s fragile ego. The play has also been noted as an examination of teenager with a serious personality disorder—the role is obviously quite a challenge for the actor, who must also be skilled in sock puppetry.

Other cast members are Tracey Maloney, Kris Nelson, Eric Sharp, and C.Michael Menge. Hand to God also reflects issues of grief and financial duress. Its selection for the Jungle’s season demonstrates the theater’s commitment to contemporary plays that have received national recognition in other cities. Askins’ play also won the Off-Broadway Alliance for Best New Play. 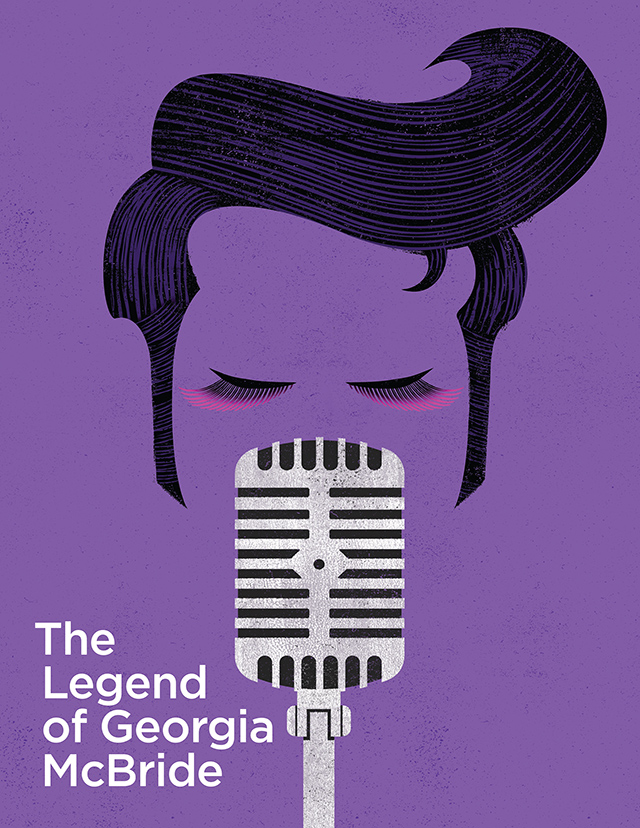 The Legend of Georgia McBride. Image courtesy of Guthrie Theater

The art of drag has come under attack on two fronts: feminists who call it a mockery of women and social conservatives who want gender codes to be strictly codified. However, drag is an irrepressible force that emerges throughout human history. In recent decades, thanks to more liberal attitudes around cross-dressing and what was once called “transvestism”, drag has become more mainstream. Moreover, market capitalism is a driving force behind that, as evidenced dollars spent in service of the many profit streams that drag provides.

In this vein, it has also come to be revealed that there is a pool of cisgender men, many of whom are primarily heterosexual, into cross-dressing. Beyond that, there are cisgender men who are primarily attracted only to those who do drag or are transgender, as reviewed in this column just over two years for the documentary Finding Vogue Moran. As interest in drag and profits increase, it seems to be taking its place as a solid mainstream institution. This is something unimaginable a generation ago.

Playwright Matthew Lopez seems to have an instinct for this progression with his comedy-drama The Legend of Georgia McBride, now in its area premiere at the Guthrie Theater. The play’s protagonist, Casey (Jayson Speters), is an Elvis-impersonator in the Florida panhandle. Unfortunately, he loses his gig and the rent is due and his wife is pregnant! Therefore, necessity demands a shift in perspective if he is to continue a solid career in show biz. His solution: seizing a lucky break to do drag in a straight bar not located in a large metropolitan area. Let’s face it: money talks.

The Big G’s new Associate Artistic Director Jeffrey Meanza has helmed the proscenium staging. He shares, “I am so taken with this play’s joyous spirit, keen wit and big heart. I am surprised and inspired by how the play never apologizes for what it sets out to accomplish: to imagine a world where the most unlikely cast of characters finds a way to build something together in the most unexpected places.” 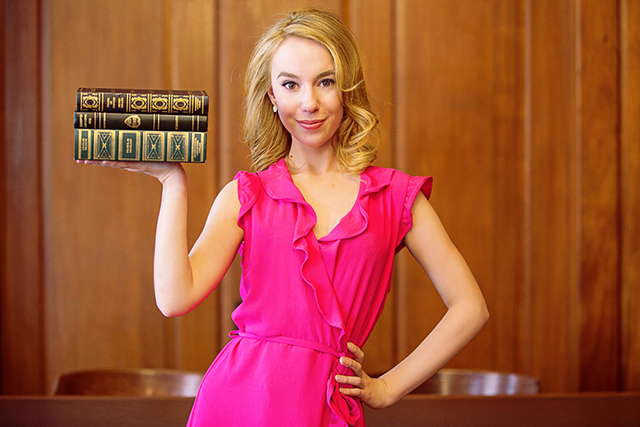 Most people know it as the movie that exponentially increased the star power of Reese Witherspoon. But Legally Blonde was also adapted into a major stage musical that may end up becoming a classic in its own right. At Bloomington Center for the Arts, Artistry has cast the talented Angela Steele in the lead role of sorority sister Elle Woods. When left by her ambitious boyfriend, she leaves California and follows him to Harvard Law School. She wants that ring on her finger, and boy is she determined. The legendary Anita Ruth directs the show’s musical blend of pop and traditional Broadway style. Angela Timberman, renowned as an accomplished actress—especially in comedy—is directing the show. The extraordinary Joel Sass can always be counted on for a memorable set design. 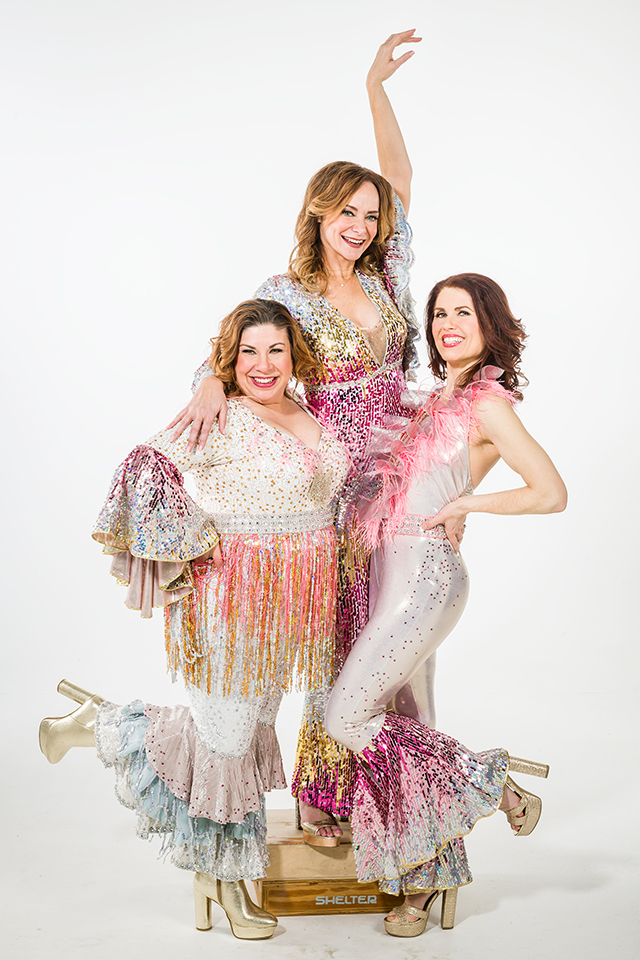 Mamma Mia! Here we go again! But wait! The buzz is that the Ordway’s in house production is very different than any previous production you’ve seen of the ABBA musical! Three great singer-actresses—Erin Schwab and Ann Michels of the Twin Cities and Christine Sherrill of the Las Vegas production—play the central trio of women in midlife crisis. Moreover, the Ordway’s in-house productions are without exception, Broadway caliber as was in evidence with their revivals of Damn Yankees and Beauty and the Beast, among others.

Rod Kaats, Ordway Producing Artistic Director, says of Mamma Mia!: “We’ve assembled a group of artists from the Twin Cities and beyond who are nothing short of amazing. Our stage production opens just as the movie sequel premieres and with new ABBA songs coming out—it’s like ‘ABBA mania’ is spreading across the country! But nothing leaves audiences feeling as exhilarated as a live stage musical—this show is so fun that it’s gonna blow the roof off the Ordway!”

It just so happens that ensemble member Joshua James Campbell is a favorite Twin Cities actor of both musicals and straight plays. His first union show was actually Mamma Mia! 13 years ago. He also played one of the musical’s young romantic male characters, Sky, in Las Vegas. This time around, as an ensemble member and understudy for the male leads at the Ordway, Campbell tells us, “It’s fun to revisit with all new staging. And very fun to have moved up in age where I now understudy the Dads! This is a completely different staging from the Mamma Mia! that everyone has seen. From the costumes, to the cast number, to the set, to the choreography and blocking—everything is new and exciting. There is a focus on all of the ensemble members to flesh out characters. Not just a mob of chorus people, but characters with their own story lines on the Greek Island. The voices in this show are phenomenal. We were reminded on or first day of rehearsal that this show was conceived by a woman, directed by a woman, and stars four very strong women.” He adds, “I mean, I dance in flippers and a wet suit! What’s not to enjoy?”