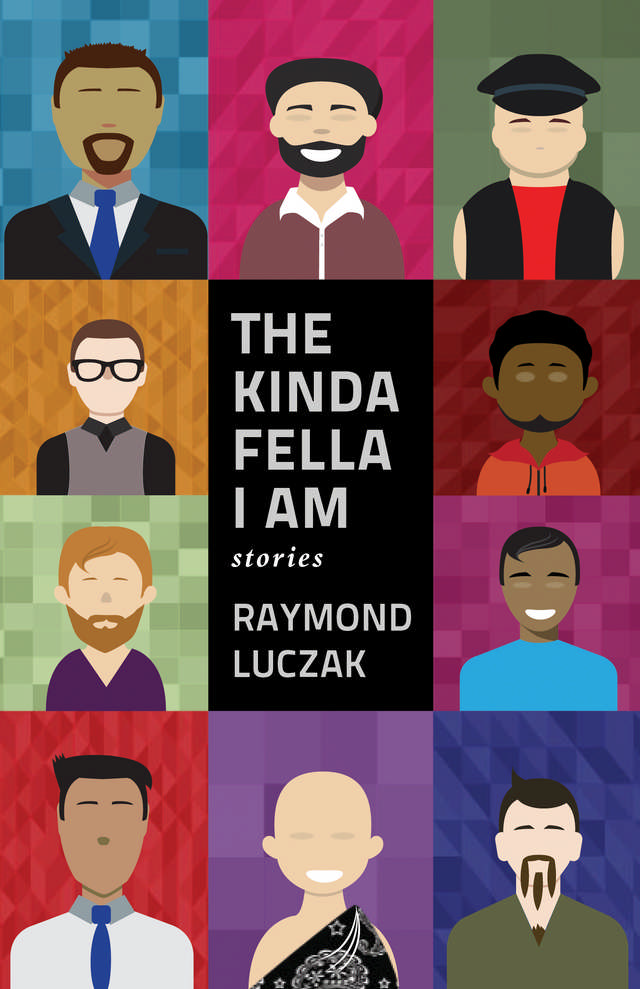 The Kinda Fella I Am.
Image courtesy of Reclamation Press

It is right that those who write bravely are acknowledged for doing so. Moreover, those who write both bravely and brilliantly must be all the more acknowledged and read widely by a large audience, especially if they have the gifted genius of speaking from a marginalized viewpoint in a way that can enthrall both marginalized and mainstream readerships. In the GLBT community, we have examples of this with Mary Renault’s novels, William Inge’s plays, and Walt Whitman’s poetry. However, one of the great living exemplars of this remarkable quality lives and writes right in Minneapolis—Raymond Luczak. He writes from the personal intersections of gayness and disability. And if you think what he has to say is simply warmed-over political guilt-tripping, you couldn’t be more wrong. Luczak’s searing insights on lookism go well beyond standard progressive canards. He reveals intimate situations experienced, suffered, and overcome by gay men with disabilities that will only move any attentive reader. If ever there was a deep surgical treatment for decreasing homophobia in the masses, it would be Luczak’s writings. And queer folks and their allies will also be compelled to face their own misjudgments. Misconceptions on disability and sexuality abound all over.

Luczak’s latest Reclamation Press compilation, The Kinda Fella I Am – Stories, is an utterly transporting work that takes us into realms of the taboo and shows how important it is to come to terms with it. Despite the sexual correctness that has thwarted both the political Right and Left over the decades, Luczak cuts to the jugular with no inhibitions. He is simply guileless.

There is an ubiquitous taboo to desexualize and infantilize persons with disabilities. Luczak hurls himself full throttle, and yet meticulously, against that with this volume’s various stories. In “Cartography,” a man with psoriasis, which is noncontagious, regularly frequents a gay bathhouse. Such establishments have a lot of dim lighting. The author addresses the tyranny of the gay beauty culture standard. Any reader will likely be made to consider whether or not most people of any orientation, whether we admit it or not, are drawn to a beauty ideal, either naturally or by programming. The protagonist wears a T-shirt to cover his affected chest and back: “The darkness is my security blanket.” Psoriasis is recipe for pity and rejection in this erotically charged atmosphere where sexiness rules and “the steam, thick and languorous, rises and shields only the faces of those who’ve splayed their legs apart on a towel. Something inevitably happens. That’s why this room is so popular.”

In “Lazarus,” the problem of not being who you once were—in this case, because of multiple sclerosis (MS)—is about as universal a story as you can imagine. It achingly contrasts the glacial way the body resists the most basic movements—for instance, getting up in the morning and trying to balance oneself with a crutch—with memories of past sensuality. Robert recalls “days of disco music and poppers.” After waking up with an erection, he “cursed himself all day for not having his last date.” We meet a man who once could have gotten any man he wanted, but now he is jeered at by boys who cruelly squeal, “Look! That fag can’t even swish!”

If any story rages against the machine it’s the volume’s title story, “The Kinda Fella I Am.” A bond is formed between four disabled men who vibrantly rail against erotophobia. The story “Of-Course” deals with the frustrated homo-romantic desire of a deaf gay man: “He envied the deaf blind woman for touching Todd’s thick and nimble fingers.” In “A Crip Fairy Tale,” young Sebastian, who suffers from osteogenesis imperfecta, has honed his rapier wit on Oscar Wilde and Quentin Crisp in order to attract a specific kind of man. Indeed, Luczak also draws from the gay literary legacy. Those who came out and up in the Post-Stonewall era you may find he echoes of John Rechy and Andrew Holleran. 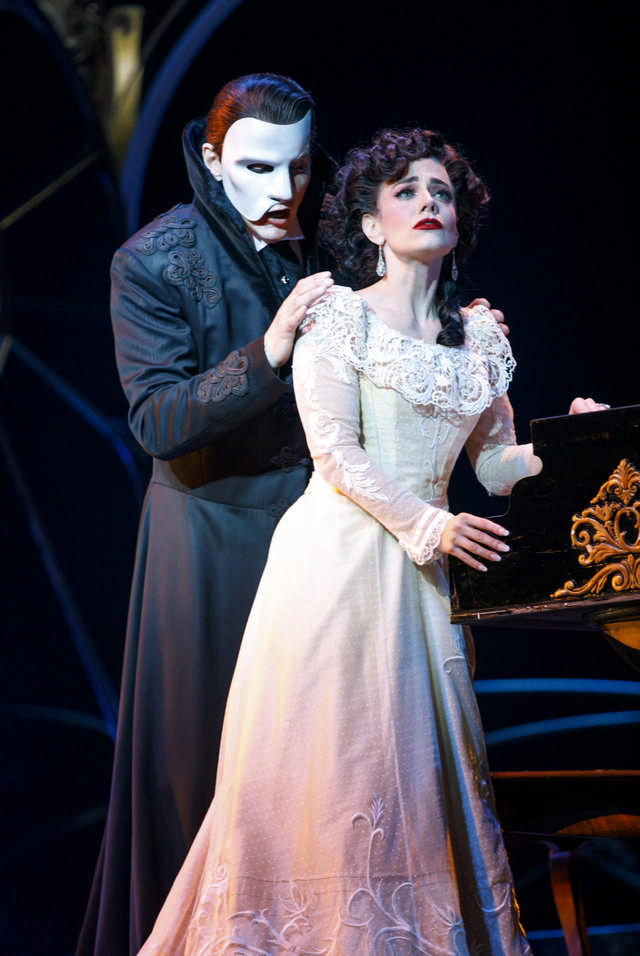 A decade after his 1907 tale from the Paris Opera House, the Phantom of the Opera has escaped to New York’s Coney Island, of all places! But when you think about it, it makes diabolical sense. Despite all the frenetic energy of the place, he still obsesses over Christine, the endearing soprano. Gardor Thor Cortes comes directly from the Hamburg production of the Phantom of the Opera sequel, Love Never Dies, to play the demonic role. Meghan Picerno plays Christine. Simon Phillips (Priscilla, Queen of the Desert) directs. Creator Andrew Lloyd Webber states, “I have the great joy of being able to say that I think this production is probably the finest one I could ever, ever hope for.”

Theater Latté Da is renowned for its musical richness. It has commissioned Grammy-winning Frank London, founding member of The Klezmetics, to compose music for Glen Berger’s play, Underneath the Lintel, featuring Sally Wingert. With music direction by Dan Chouinard and vocalist Natalie Nowytski, you can expect something special. Berger relates, “When (production director) Peter Rothstein approached me with the idea of setting original music to this play that I thought I was done with 15 years ago, and to commission my genius colleague and some-time collaborator Frank London, I thought… hell yes. All my plays are first inspired by music, and Underneath the Lintel was inspired particularly by certain Klezmer/Yiddish music from the 1920s and earlier.” 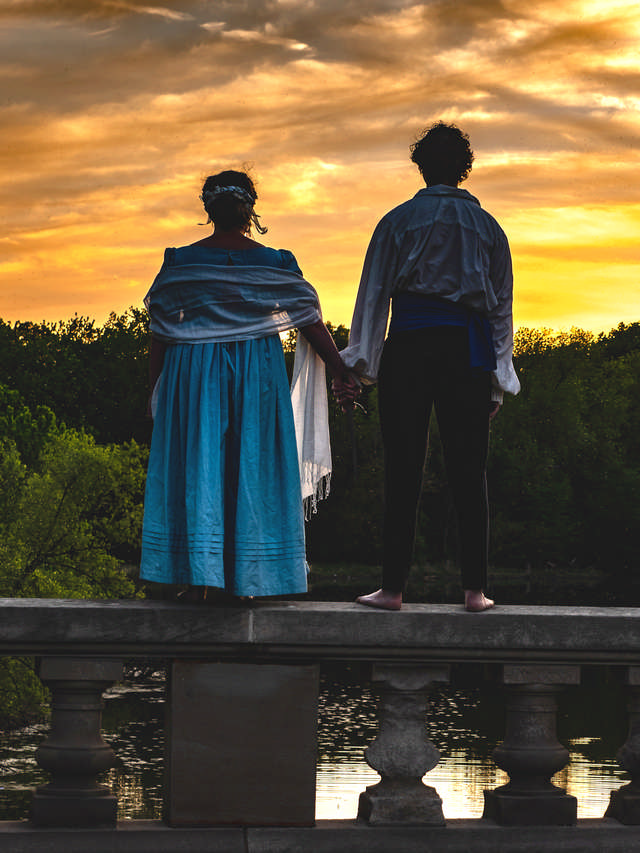 William Shakespeare’s Romeo and Juliet is beloved by GLBT audiences because of its unsurpassed irony in two youngsters daring to transgress their society in the name of forbidden love. Classical Actors Ensemble is presenting what is probably the most popular play ever outdoors at various local parks. Director Joseph Papke shares, “I think stories like Romeo and Juliet are relevant to all times—their universality is what makes them classics. Everyone’s been young, everyone’s been in some form of love, and everyone has had the random caprice of fate bring misfortune to them. Romeo and Juliet is particularly engaging and cathartic… the characters are experiencing more than the average person and all in a compressed time frame. So audiences can not only draw their own parallels to their own lives, but also—if we’re doing our job well—vicariously experience a satisfying journey of anticipation, romance, passion, fear, rage, and grief. I should add that this play is quite funny, believe it or not.” 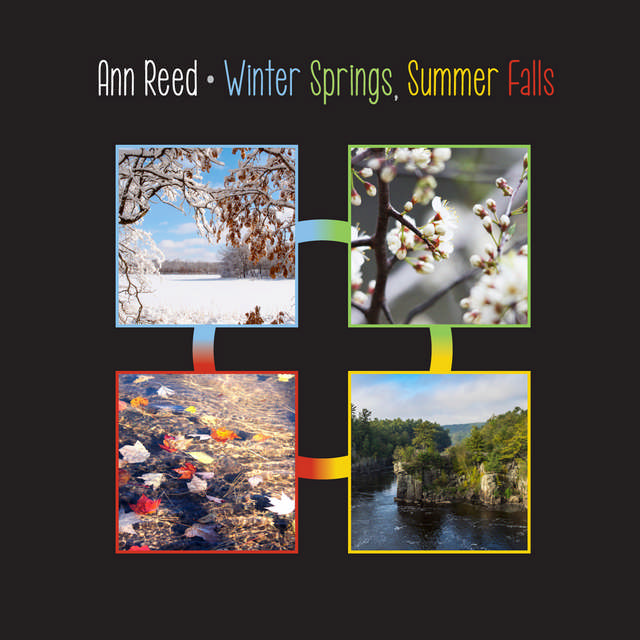 West Side Story is planted in GLBT history because of gay writer Arthur Laurents’s powerful book, which resets William Shakespeare’s Romeo and Juliet in the 1950s Big Apple where rival street gangs wreak havoc. And of course, there are Stephen Sondheim’s glorious lyrics. Guthrie director Joseph Haj has directed the current revival and it’s likely a sure bet. His best work since he began as Artistic Director in 2015 has been a stunning revival of South Pacific. So it’s pretty safe to expect that his West Side Story will be something to be reckoned with. Haj states, “It has long been a dream of mine to direct West Side Story, and I couldn’t be more excited to embark on this journey with a dream team of collaborators. When I think of West Side Story I think of immigration tensions and a community divided in a brutal and violent world. I also think of love, dreams, and ambitions, and my own family’s journey to become ‘American.'”

Ann Reed is without a doubt a singer-songwriter for all seasons. She has a mammoth following among lesbian music lovers and feminist activists. However, she is an artist whose vision reaches out universally. The contemplative, yet stirring, essence of most of her tunes take us not only to a space of deep feeling, but of reflection. Indeed, reflection is a quality that is terribly rare among human beings. And if there is any contemporary music figure who can guide us to a space of reflection, it is the wonderful Ann Reed.

Her sublime CD, Winter Springs, Summer Falls, is an exquisite example of this. It is filled with delicate moments, though there is nothing weak or fragile in what they impart. Sometimes there is strength in vulnerability. And to be sure, she also gives us moments of rambunctious joy. Though Reed is sometimes compared to such legends as Joni Mitchell, Mary Travers and Joan Baez, it is crucial to note that her uniqueness is her own. She walks a path that one can say is in the folk tradition of those women, but Reed’s paradoxical power of being stirring and contemplative simultaneously is totally distinct to her.

Winter Springs, Summer Falls furthers Reed’s reputation as a remarkable poet. “Stars Come Out at Night” is a transcendent meditation on our connection to the literal universe up there where we look up at the stars in the night time. Stars are likened to humans and who knows, maybe stars too have their own spirits: “When a star is tired / it sets in motion / A final trip on fire / a fall into the ocean.” In “Fine Cup of Tea,” Reed muses “Tell you what I trust / Ghosts are family / The way they stay in touch / Keep me company.” Now this tune is mysteriously beautiful. What does it mean? It seems to me to be about reflection upon one’s life and finding a way to be more at ease with/in it and life’s ongoing parade of difficulties and sadness. Having a fine cup of tea means perhaps that we might ultimately meet in a state of resolved differences, friendliness, and completion after having been at odds. This is a good outcome, most definitely. But nonetheless, there will always be regrets. Whether this is what it really means, is actually beyond me. But this is the ephemeral Ann Reed magic. Her thoughts, so poetically sung, can open up the portal to healing psychic wounds of different souls in different ways. The Winters Springs, Summer Falls CD is a poetic masterpiece.