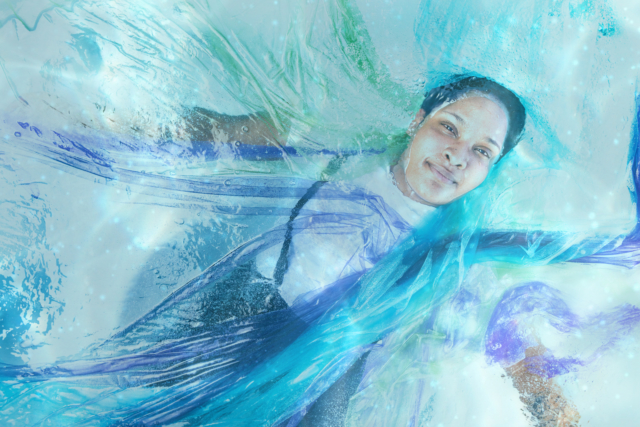 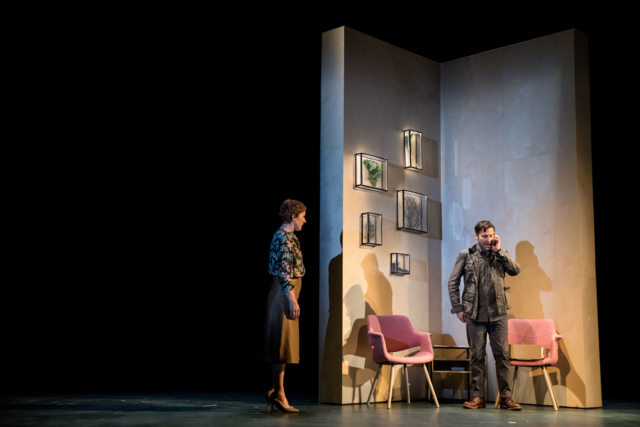 An Enemy Of The People. Photo by Dan Norman

42 years ago, the Guthrie Theater produced its last production of Henrik Ibsen’s political drama masterpiece, An Enemy of the People, in a translation by John Patrick Vincent. Two years ago, playwright Brad Birch’s adaptation was first produced in Wales and Scotland. His new and expanded version has been described as a political thriller and has been directed at the Big G by Lyndsey Turner of the National Theatre of Great Britain. She is the third female director to have won the Olivier Award for Best Director in its 42 year existence, London’s equivalent of the Tony Award.

An Enemy of the People is widely considered to be a quintessential view of the interplay between public policy and pollution. The Guthrie’s Artistic Director, Joseph Haj, who oversees play selection, points out that “Henrik Ibsen embraced social issues of his day head-on in his writing. An Enemy of the People was written 136 years ago, yet Brad Birch’s bold adaptation has found new relevance in today’s world. It’s thrilling to bring this story to life for our Guthrie audiences, and I’m delighted to have Lyndsey Turner at the helm.”

Moreover, An Enemy of the People contains one of drama’s great conflicts between brothers. Billy Carter of Broadway’s A Moon for the Misbegotten plays whistleblower Dr. Thomas Stockman. Ricardo Chavira plays conservative mayor and brother, Peter Stockman. Chavira played Stanley Kowalski in the Guthrie’s A Streetcar Named Desire and played major role as Eva Longoria’s husband, Carlos Solis, in one of the most popular television series of this century, Desperate Housewives.

2018 is a major year for new transgender performance work at major Twin Cities theaters, and it stands to reason that the socially conscious Pillsbury House would be a part of that. Acclaimed theater artist Sharon Bridgforth creates a fantastical processional stage work that draws from Yoruba spirituality. She shares, “In dat Black Mermaid Man Lady/The Show, gender is this/and, neither/or, that. Reflecting ancient Black wisdom that was free of forced gender pronouns—here the living, the dead and the unborn pray forward next generation healers/Free. The stories, the rituals/Love is in support of everyone Living Fully as themselves. Gender complexities are essential in conjuring Divinity here.” 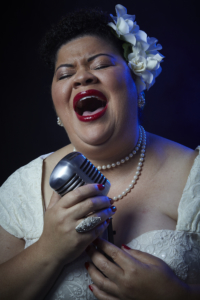 Billie Holiday (1915-1959) ranks as one of the most legendary of blues singers. She began her singing career in Harlem clubs and went on to become one of the most distinct musical voices of the 20th century. Drugs and alcohol factored into her life and she contended with racism during the Jim Crow era. Lady Day at Emerson’s Bar and Grill features the gifted Thomasina Petrus in the title role with a live band. This award-winning play with music, written by Lanie Robertson, has been noted for its insights into Holiday’s personal struggles and character. Directed by Obie-winner Marion McClinton.

The dream duo that gave us the comic musical, Glensheen, a few years ago, has teamed up again with another high stakes oddball story. Lord Gordon Gordon portrays a mysterious gentleman who arrives in Minneapolis in 1871. He claims to be born of Scottish aristocracy in order to swindle the gullible into phony land deals. Minnesota’s most widely produced playwright, Jeffrey Hatcher, and composer Chan Poling, renowned for Love is the Law—the same sex marriage campaign anthem—tackle a wild true life story that involved a million dollar bribe.

Hatcher says, “The farther back in time the story is set, the more leeway we have. We know a lot about the people Gordon bilked: Minneapolis Mayor George Brackett, Congressman Loren Fletcher, Col. John J. Loomis, presidential candidate Horace Greeley and the tycoon Jay Gould, men who are depicted in oil paintings and daguerrotypes. We knew little about the Beldens, the New York couple who befriended Gordon in Minnesota and introduced him to New York society.”

Poling adds, “I think a hallmark of a ‘Hatchling’ production is he will use any device to keep the story flying high, you never know what’s going to happen next; it could be quite silly and surreal one moment, and next your heart is touched deeply.”

Director Ron Peluso says, “What a wacky slice of history! Who better to uncover and play than through the imaginations of Hatcher and Poling. People were eager to be in (Lord Gordon Gordon’s) circle. They loved him, adored him, and, willingly, they gave him their money to invest in his dream of creating a new city out on the western prairies.” 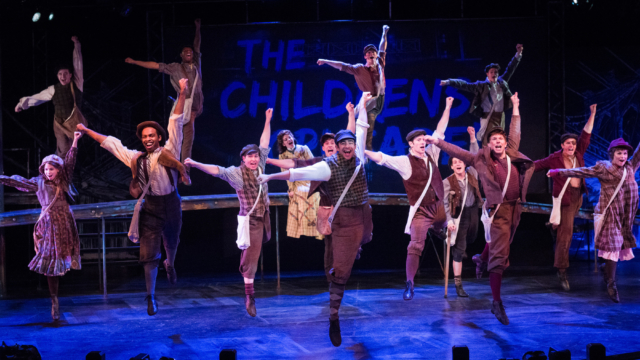 Newsies is an inspiring story of children and youth, males in particular, standing tall against labor exploitation. In 1899, homeless, orphaned, and other economically disenfranchised New York City boys would sell newspapers in order to simply survive. When the owner of the New York World newspaper raises the price on the papers, it means the youngsters’ cut will be significantly lower, plummeting them below the already subsistence level of livelihood. This compels them to strike and defy the powers that be. The 1992 film starring Christian Bale went on to develop a passionate following before it was eventually adapted for the stage.

At Chanhassen Dinner Theatres, the musical version of Disney’s Newsies, that was nominated for eight Tony Awards six years ago, is kicking up its heels in a wonderfully cantankerous production choreographed by Tamara Kangas Erickson on their main stage. Director Michael Brindisi has a sharp eye for musicals set at the end of the 19th century and early 20th century. His recent productions of Mary Poppins and Hello Dolly!, like Newsies, beautifully combine both a vivid sense of nostalgia and deep feeling that stretches beyond mere sentimentality. This blend is quintessentially Brindisi. His interpretations of popular musicals are consistently entertaining while simultaneously tapping into a rich reservoir of deep emotions.

This blend, along with a soulful script by gay master playwright, Harvey Fierstein, leads to terrific Newsies performances such as gritty Aleks Knezevich as the young buck protagonist and movement leader, Jack Kelly. This charismatic character leads the boys in their rage against the Pulitzer-owned machine that systemically moves to grind them further down into the metaphorical pavement. Knezevich is absolutely luminous in the role and is matched with equal luminosity by Ruthanne Heyward as his romantic interest, Katherine, the resistant young journalist with a secret. The class privilege differences between the two are quite pronounced, increasing the romantic intensity.

Thomas Schumacher is fittingly callous as the tyrannical Joseph Pulitzer. Lucas Wells endears as Crutchie, the disabled youngster willing to take on the machine. Kersten Rodau is in top transcendent form as Medda Larkin, a veteran entertainer with a compassion for the kids’ plight. She is a vision right out of the gay ’90s, costumed gorgeously by Rich Hamson. Moreover, Hamson’s costumes overall are pictorially perfect reflections of the era.

Erickson’s choreography crystalizes the overwhelmingly young male ensemble as they embody stirring youthful machismo. They are impeccable in their dance execution. All voices throughout are first rate as they spirit forth Alan Menken’s music and Jack Feldman’s lyrics. Conductor Andrew Bourgoin’s musicians are also first rate and impeccable.