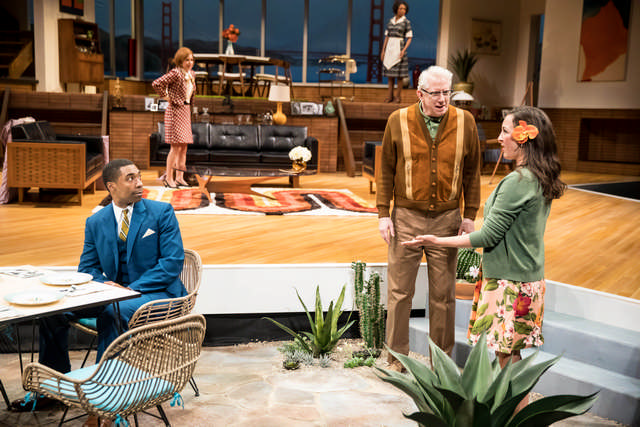 Katherine Hepburn gave what was arguably the best film performance by a lead actress of the entire 1960s in Stanley Kramer’s Guess Who’s Coming to Dinner. She won the 1967 Oscar for the box office blockbuster, which was also nominated for eight total. William Rose’s screenplay was closely adapted for stage in 2012 by Todd Kreidler.

The film was heralded by liberals as a triumph and by some civil rights purists as not. Gay black writer James Baldwin found it not credible. But in rebuttal, art follows its own inherent logic. To expect a work of art or literature to single-handedly rectify all historical wrongs can border on absurdity.

Moreover, Guess Who’s Coming to Dinner is as much an examination of gender as it is about race. When a black man and a younger white woman decide to marry, both sets of parents come undone. Rose/Kreidler are interested in how the women process the crisis, and Guthrie Theater director Timothy Bond, in as much the spirit of George Cukor as Kramer, apprehends that numinously.

At the Big G, all performances are extraordinarily their own, so there’s no taller order than filling Hepburn’s shoes. Yet Sally Wingert embodies the lead role of white mother/wife, Christina Drayton, with a lovely organic fluidity very unlike Hepburn. Better yet, in recent years some Wingert performances have fallen into mannerisms. But with Guess Who’s she has transformed and is quintessentially ’60s. Additionally, like Hepburn, she reveals Christina’s liberal views as intrinsic, rather than pontificated.

Maeve Coleen Moynihan as daughter Joey is savvier about the world than Katherine Houghton’s film portrayal. That said, Moynihan still evokes the era. She is incisive, mature, and likable without being overly sweet; something that Houghton, Hepburn’s real-life niece, walked a tightrope with.

Greta Oglesby also has big shoes to fill as African-American mother, Mary Prentice, played exquisitely on film by Bea Richards. Nonetheless, Oglesby is an understated powerhouse who calls out both fathers on their narrowness. Isabel Sanford’s feisty turn as the maid in the film is more fully drawn by Kreidler and played to saucy perfection by Regina Marie Williams. We are reminded that many African-Americans themselves disagree on interracial marriage.

Michelle Duffy is perfectly unsettling as the pert and passive-aggressive art gallery manager Hillary. Racism with a cheery personality. All the Guthrie men are excellent but not quite on a footing equal to the men in the film. Peter Thomson pushes the liberal self-righteousness a bit much as Monsignor Ryan. 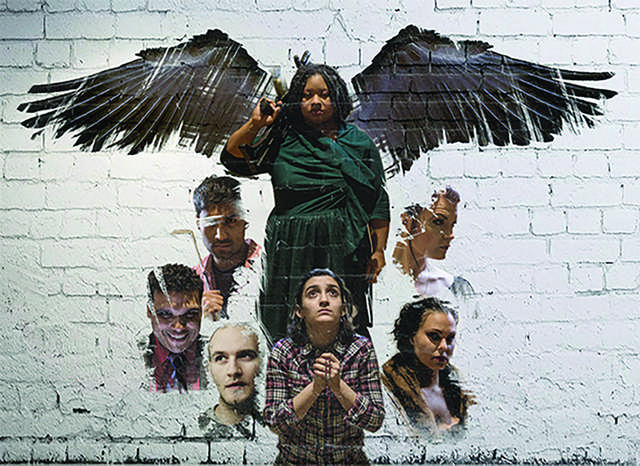 An Obie-winning urban apocalyptic fantasy is in revival by Theatre Coup d’Etat. Jose Rivera’s Marisol calls for compassion for a society in deterioration. Director Ricardo Vazquez shares, “Theater for me is the opportunity for a room of people to share a story and watch humans grow, challenge one another, and change. Jose Rivera’s work provides the launchpad for our imagination to play, organize, and generate new possibilities for the many problems we face in our world. The passion of his characters and the vibrant human themes he explores are as magical as they are profound. He is often called Tony Kushner on acid, but I much prefer to call Tony Kushner as the watered-down Jose Rivera.” 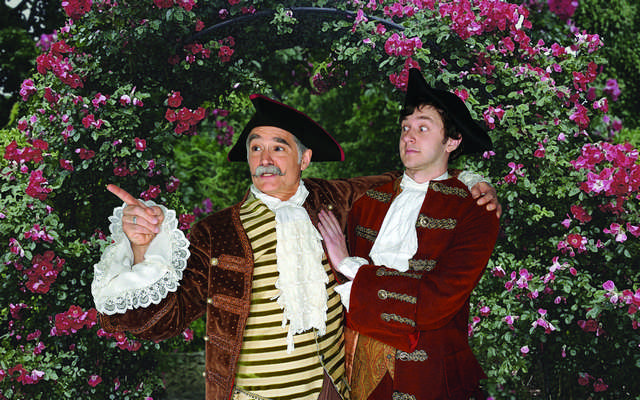 The Metromaniacs. Photo by Bob Suh

The Metromaniacs
Through May 20
Theatre in the Round, 245 Cedar Ave., Minneapolis
612-333-3010
www.theatreintheround.org

Theater in the Round Players is presenting David Ives’s version of an 18th century French farce by Alexis Piron. Director Kari Steinbach relates, “The creation of this play was, in part, a response to a scandal of Piron’s time. All of Paris was captivated by the writings of the mysterious poet, Mademoiselle Malcrais de La Vigne, and perhaps no one was so enamored with her talent as the writer Voltaire, who loudly proclaimed her a literary genius and declared his love for her (as Damis does for Mademoiselle Meriadec in The Metromaniacs). It was later discovered that the poetess was actually a man disguising his real identity from the critics who had previously panned his poetry.” 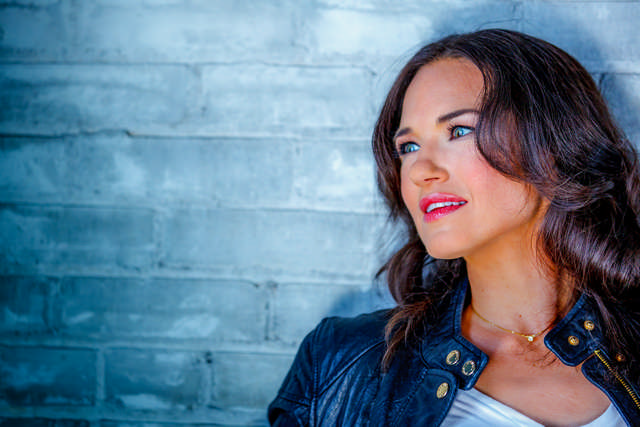