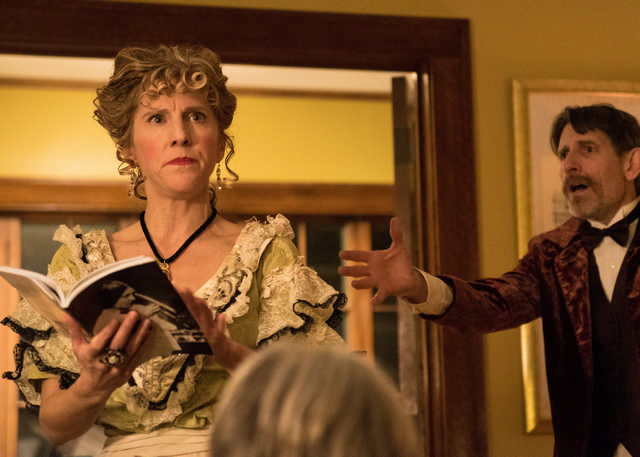 Susanna Centlivre was the major female English playwright of her time. She ascended after Aphra Behn had held that place in the previous English Restoration generation. Born in the late 1660s, Centlivre lived until 1723 and was a core artist at the legendary Theatre Royal, Drury Lane. At Dreamland Arts you actually have the rare opportunity to see one of her plays, The Bassett Table, presented by Persistent Theatre Productions.

Director Meggie Greivell is implementing cross-gender casting and points out that the play “was wildly popular in its time in the early 1700s, but has been forgotten about over the past few centuries. Susanna Centlivre was one of the first women to make a living as a playwright. She wrote great material, but it’s been mostly forgotten. The Bassett Table has feminist progressive themes that resonate strongly with modern audiences. Principal character Valeria (Lana Bean) is a scientist who longs to be taken seriously by her peers and to be allowed to study openly; other principal characters, Lady Reveller (Julie Ann Greif) and Mrs. Sago (Jody Bee), enjoy spending their time gambling at the Bassett Table where they can make their own money and decisions. The play is filled with such strong female characters who control their own fates.”

Familiar by Dania Gurira is a brilliant new comedy about family customs and secrets. At the Guthrie, director Taibi Magar has mined the complexities of a family that fled from Zimbabwe and went on to build a life in the Minneapolis suburb of Minnetonka. However, when one of the daughters is about to marry a devout white Christian American man, it triggers fascinating reactions from every family member, wherein each one reflects extremely different attitudes about their land of origin versus their lives in the U.S. Those who assume there would be general agreement on cultural issues among them will be challenged.

The white groom and his brother also bring their own vulnerabilities to the volatility. That volatility factor reaches its peak in a burst of sexual aggression that happens toward the play’s end between Tendi, the bride (Sha Cage in one of her best performances to date) and the groom, Chris (a perfect Quinn Franzen). This scene brought roars of laughter from the audience when I attended.

The distinct individual issues that every character is thrown into has been ingeniously rendered by Gurira and every individual member of Magar’s effervescent cast. However, the production’s towering performance is by Perri Gaffney. She plays the role of Marvelous (yes, that’s the characters name), the complicated and admirable mother of the bride and matriarch of the household. Those complications are held beneath the surface at the beginning and are masterfully revealed as the action progresses. Family volatility is rarely portrayed with such illumination. 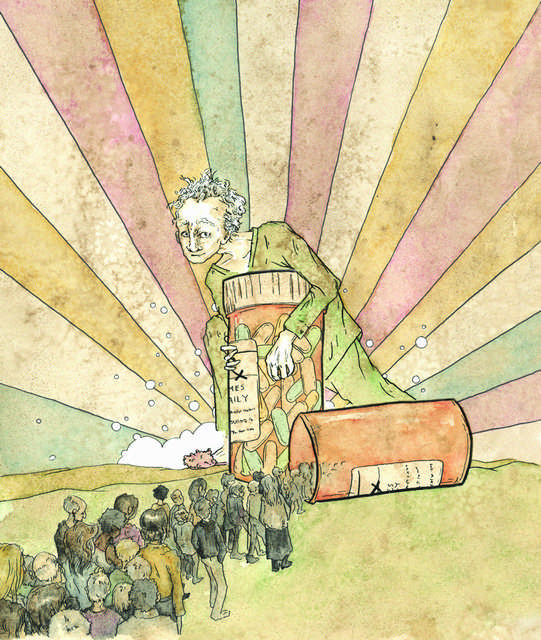 Over three centuries ago, Moliere wrote a quintessential comedy on hypochondria, The Imaginary Invalid. He is generally regarded as the principal playwright of French cultural history.  It is yet another excellent choice for a theater troupe that creates engaging interpretations of both classics and contemporary work—the Combustible Company.

Erik Hoover plays the leading role, which the title describes. He shares, “Argan’s an addict. The source of his addiction is a fear of death that stems from traumatic loss and healthcare is the only way he can cope. Like all addictions, it poisons every one of his relationships and the people around him. Fortunately, although he’s blind to see it, he’s mostly surrounded by people who love him, so the play is something of an intervention, albeit a ridiculous one.”

Hoover adds that “one of the great things about Oded Gross’s adaptation is that we get an explanation for Argan’s hypochondria. He’s much more human in this adaptation than any other I’ve read, and playing a character with unintended emotional and tonal contrast is an exciting challenge.” 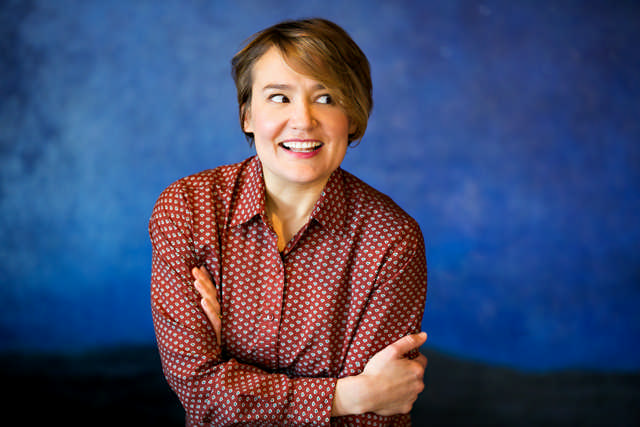 Last year, Kate Guentzel delivered a heartfelt reading of the solo play about a mother of a teenage girl who comes out as genderqueer, titled Pink Unicorn. She now plays the role in a full production at Illusion Theater. Playwright Elise Forier Edie was spurred to write the work after seeing gay people excluded and ostracized from a local Texas high school and church. She wrote, as she puts it, “in an effort to deal with my anger and fear around these incidents. And what could I do about it? How could I change it? How could I make a difference?” Pink Unicorn is in keeping with Illusion’s commitment to queer-oriented work. 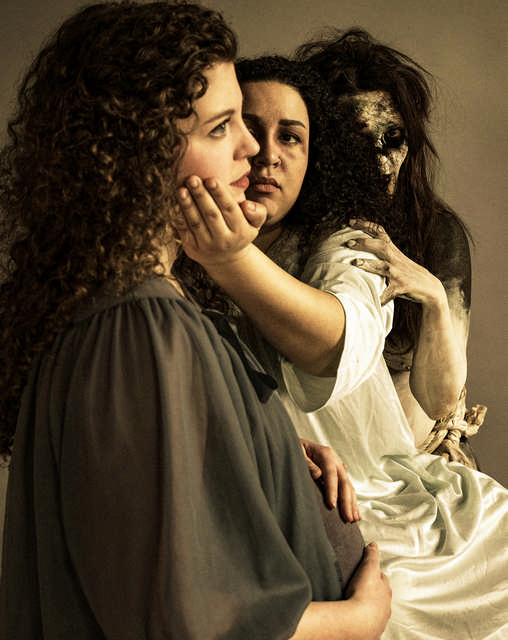 Question: What is a Skriker? Answer: A malevolent fairy shapeshifter from the underworld. The Skriker, Caryl Churchill’s mystical 1994 play cautions that what lies beneath human consciousness and the collective unconscious, when aggressively shut out, could make its way back up from the depths and rear its head with ferocity.

Ariel Leaf plays the title role and relates, “The challenge in playing the Skriker is knowing that she represents many things—postpartum depression, Mother Earth, an ancient fairy—but you have to decide who she thinks she is. You can’t play representation or metaphor, you have to play her. And you have to love her, you have to advocate for your role.”

Leaf continues, “In doing so there was one word I found in all of the possible variations: neglect. She is a beloved thing, now left to die. Like a pet cat someone threw out on the street that has gone feral. No longer cared for, she has turned to luring people in to devour, but it is difficult and does not satisfy her the way offerings used to. She has become a shadow of her former glory, she is weak and lacks some of the power she once had, but she finds Josie who is also weak, mentally and physically, from having just murdered her infant, which makes her an easier target.”

Director Ben Layne points out that the play is response to government pulling “the social safety net out from under people like Lily (Hayley Sisler) and Josie (Gabrielle Dominique), as they navigate the fringes of society with no support.” He elaborates, “As the Skriker has been damaged by our neglect, much in the way we might say we have damaged Mother Earth, so she now lashes out at us.”