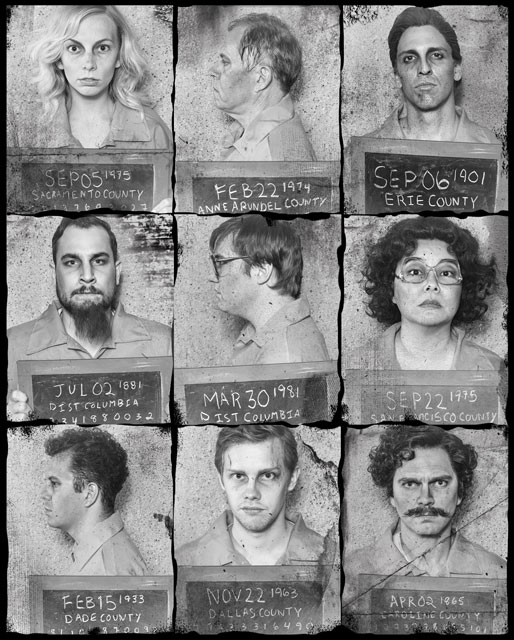 The UK has Andrew Lloyd Webber and we have Sondheim. Composer-lyricist Stephen Sondheim is distinctly American and none of his works take as grisly a look at American culture as Assassins. (That said, Sweeney Todd, set abroad in London, is still his grisliest.) Structured like a carnival game revue, in collaboration with musical book writer John Weidman, Assassins reflects on those who killed, attempted to kill, or are suspected to have killed the Commander-in-Chief of the United States of America. For Theater Latté Da, Tyler Michaels plays Lee Harvey Oswald, who some believe did not actually assassinate John F. Kennedy (1963). Dieter Bierbrauer plays Abraham Lincoln’s assassin, John Wilkes Booth (1865), and Shinah Brashears plays someone many of us still remember, Lynette “Squeaky” Fromme, the “Charles Manson family” member who attempted to take out Gerald Ford in 1975.

Director Peter Rothstein is the crème de la crème when it comes to musicals, but he also has a probing apprehension of human psychology, as evidenced in his marvelous Guthrie productions of M. Butterfly and Other Desert Cities. Both capacities will serve the Latte Da revival well. He enthuses, “I am thrilled to be tackling Stephen Sondheim and John Weidman’s Assassins at this particular moment. In my lifetime I have never experienced the kind of volatility surrounding the role of the U.S. President. Assassins—through humor, pathos, song, and dance—raises provocative questions about Americans’ obsession with disenfranchisement and a desperate desire to reconcile feelings of both impotence and entitlement. It is also about the increasingly complex line between power and publicity.” 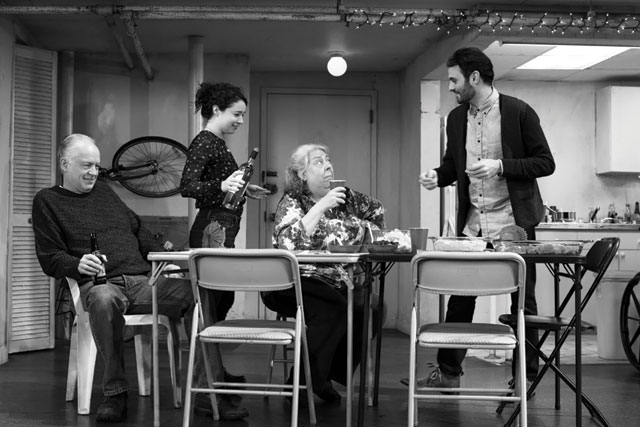 The Humans. Photo by Brigitte Lacombe

Two stage legends, Richard Thomas and Pamela Reed, are featured in the Best Play 2016 Tony Award-winner, The Humans, winding through in its national tour at the Orpheum. For those of us who caught the New York scene in the early 1980s, we recall Thomas in Fifth of July and Reed in Aunt Dan and Lemon. And of course, Thomas is immortalized as John Boy of The Waltons television series set in West Virginia during the Great Depression and World War II.

With The Humans, Thomas explores the nature of family again at a Thanksgiving dinner in New York’s Chinatown. His material is by Stephen Karam, a playwright with a gift for delving into extreme emotional pain, yet finding humor through it all. The Irish-American Blake clan ripples with insecurities as they travel to Manhattan from Pennsylvania to celebrate with their younger daughter, Brigid (Daisy Eagan). For a taste of the play’s Chekhovian edge, try Erik’s line: “I thought I’d be settled by my age, you know, but man, it never ends: mortgage, car payments, internet, our dishwasher just gave out. Dontcha think it should cost less to be alive?” Nonetheless, The Humans finds the love and beauty of family and of life.

Karam’s family-oriented and gay-themed Sons of the Prophet was powerfully rendered by Park Square Theater in 2016, and named one of Lavender‘s 10 Best of the Year. The Humans is a sterling opportunity for those tracking the major voices of our time to get a deeper take on Karam. As for the aforementioned Pamela Reed, she is known for her television role in Parks and Recreation and the film Kindergarten Cop. Moreover, she is a major stage figure with such credits as the original Off-Broadway production of Marsha Norman’s women’s incarceration classic Getting Out, and was awarded an OBIE for “sustaining excellence in performance in theater.” Directed by Tony-winner Joe Mantello (Take Me Out), Reed and Thomas together make The Humans even more of a “can’t wait to see it!” event. 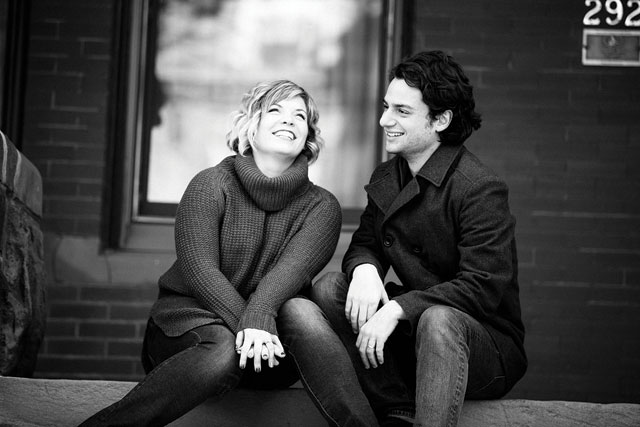 Composer-lyricist Jason Robert Brown devastated audiences with Parade in 1998, based on a true story about a Jewish man falsely convicted for the rape and murder of a 13-year-old girl, and then abruptly lynched by a Georgia mob. Brown’s musical take on The Bridges of Madison County won the 2014 Tony Award for Best Original Score. However, 12 years earlier, he won praise and awards for The Last Five Years, a two-hander inspired by his marriage that didn’t last. At Artistry’s Black Box, the musical’s combined chronological and reverse chronological structure is channeled through Ryan London Levin as Jamie at the start of the relationship, and Aly Westberg O’Keeffe as Cathy from the end.

Director Elena Giannetti relates, “What I like most about this musical is the way that we are drawn in to both characters, almost equally, so that when all is said and done, we aren’t able to easily choose a side. This musical doesn’t wrap up the story in a tidy bow—instead, it’s messy and complicated, just as in real life. I much prefer that kind of journey because it leaves the audience contemplating the story long after they’ve left the theater. Both of these characters are flawed, and I know that I can see myself and my past experiences in love in both of them. Throughout the rehearsal process I’ve found it illuminating to realize that I want them both to be right and I don’t want either of them to lose. I’m unable to choose a side: life can be complicated and not always black and white.” 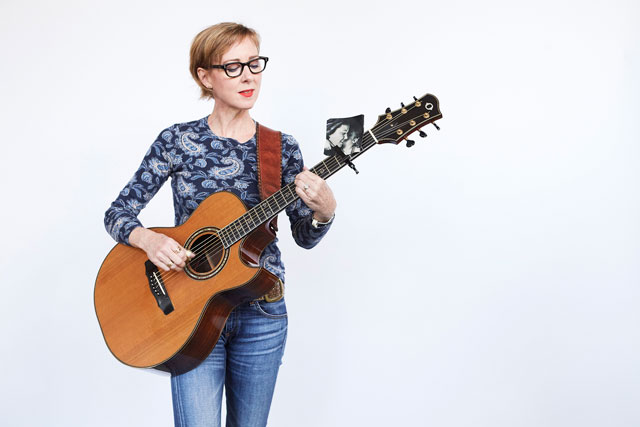 My Mother Has 4 Noses. Photo by William Clark

Jungle Theater is no stranger to regional premieres, but this one is unique. Singer-songwriter Jonatha Brooke’s My Mother Has 4 Noses was actually developed at the Playwrights Center in Minneapolis and went on to play the Big Apple, where it was named by both the New York Times and Time Out New York as a “Critics Pick.” Now the solo piece makes its regional premiere at the Jungle Theater under the direction of the Playwrights Center Producing Artistic Director Jeremy Cohen.

Brooke, who performed My Mother Has 4 Noses in New York, does the same in Minneapolis. She draws from her relationship with her mother, Darren Stone Nelson, as she declined from the effects of Alzheimer’s disease. Nelson wrote poetry, was a clown, and a Christian Scientist who lived life to the fullest. The daughter sings and tells stories of their experiences as she took care of her mother at the end of her life. Sound design by Paul Mitchell. Lighting by Bill Healey. Costumes and set by Sarah Bahr. 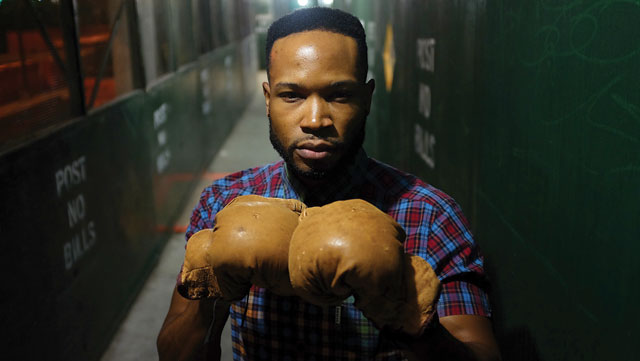 Jack “The Galveston Giant” Johnson was the champion boxer of the World Colored Heavyweight Championship in the early years of the last century. When he took on the white former heavyweight champ, James J. Jeffries, he won on July 4, 1910 in Reno, NV. It was dubbed as the Fight of the Century—definitely a sports milestone in the age of Jim Crow. Johnson was also targeted by Uncle Sam for his relationships with white women. At Osseo’s Yellow Tree Theatre, David Murray plays the lead role in The Royale, the acclaimed recent play inspired by Johnson’s experience.

Playwright Marco Ramirez (Netflix’s Orange is the New Black) has structured The Royale into six rounds, reminiscent of a boxing match. The Yellow Tree’s intimate space will surely add to the intensity. Director Austene Van shares, “Whether the theater is small or large makes no difference to me. I feel fortunate and blessed to work with a beautiful script and a wonderful cast in such an amazing theater like Yellow Tree, that is committed to excellent work.”