Minnesota Opera is a topnotch presenter of classic pre-20th century fare, but it has also been a dedicated producer of contemporary works that reflect concerns specific to the past half century or so.  For example: Nixon in China, The Handmaid’s Tale, The Shining, The Manchurian Candidate, Doubt. Their latest in this vein is Dead Man Walking. Like most of the aforesaid titles, you’re probably familiar with the film.

Minnesota Opera President and General Director Ryan Taylor says, “As a part of our New Works Initiative, Minnesota Opera strives to produce works that address important current issues and showcase the talents of our own American composers and librettists.” He is struck by Dead Man Walking’s “themes of love, redemption, spirituality, and forgiveness.” 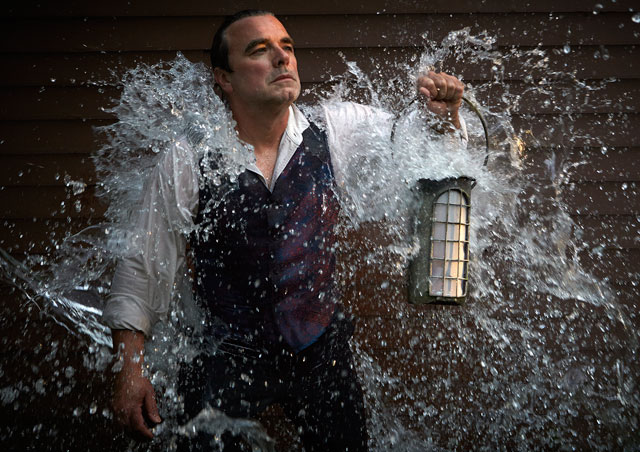 Herman Melville (1819-1891) was a gay man who looms as a giant of western literature. His most famous work, Moby Dick, has been an inspiring source for film and stage adaptations. Themes of obsession and vengeance are beguilingly related by its protagonist, Ishmael. He is the observer of such dark qualities in Ahab, the sea captain who cannot forgive a great whale for biting off one of his legs at the knee. 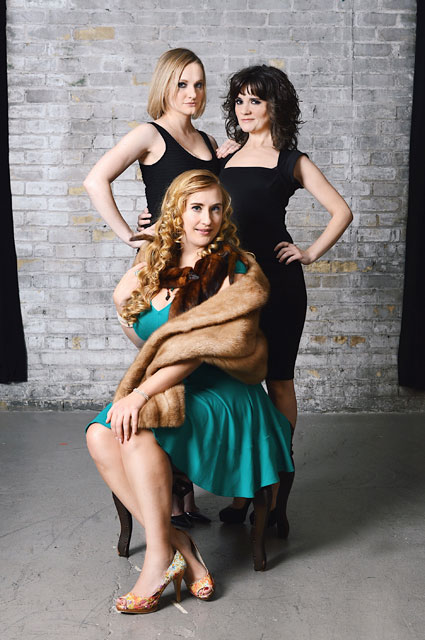 The Maids. Photo by Hilary Roberts

Legendary gay writer Jean Genet (1910-1986) was a thief, sex worker, and pimp. The Frenchman spent much time in prison and was called an outlaw in both life and art. He obviously outraged the political Right. That said, in 1968 many leftists abhorred that when Genet lent support to protesters at the 1968 Democratic Convention, he enthused over how gorgeous the hunky Chicago cops were in their uniforms (the young Genet was dishonorably discharged from the French Foreign Legion for homosexual activity).

A generation ago, gay men who insisted on the “positive image” view of homosexuality were known to ignore and even denounce Genet for his imperfections. But being positive isn’t necessarily a requirement for making great and meaningful art. It was this lens of criminality and raw homosexuality through which the ingenious Genet created. This gave him an empathy and understanding of those on society’s margins, such as the real life Papin sisters who murdered their employer’s wife and daughter in the 1930s. It was this event that inspired him to write The Maids (1947).

Dark & Stormy Productions is reviving this unsettling gem under the direction of Sara Marsh. She says, “The Maids is a complex play and a slightly out-of-the-box choice for Dark & Stormy, so it’s perhaps fitting that I’m both playing Solange and also making my professional directorial debut with it. At its heart, this play is about the complexities of relationships between women. It’s like Mean Girls (as grownups) on steroids, with the backdrop of mid-20th century France, presented through the prism of absurdist theatre—and those factors give enough distance and dark humor to make it palatable and sugar the pill for the audience.”

Marsh also thinks The Maids raises deep questions about women, such as, ”How do women love each other? How and when does that love mix with hate? How is that love, sexual or not, stigmatized by society? When and how and why do women choose to help or hurt each other—so often dictated by societal circumstances. I like to say this is a play of ‘edges’—who’s got the edge, who’s trying to get an edge, and who had an edge but just lost it.” 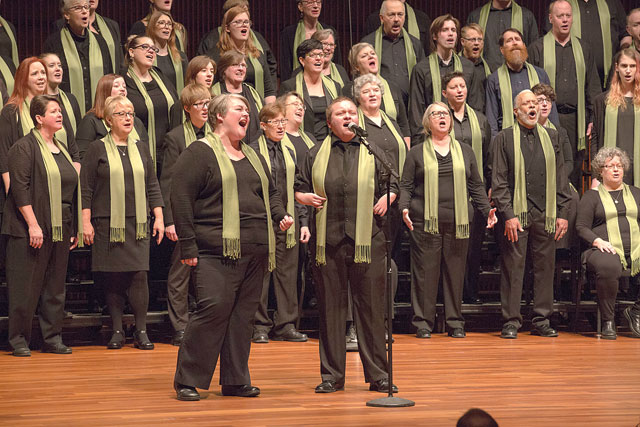 One Voice Mixed Chorus celebrates the music of Minnesota immigrants from early Scandinavia, to African-Americans arriving via the Underground Railroad, to Mexican, Hmong, and Somali immigrants of recent decades. The chorus of GLBT community members and straight allies has been spurred on by current controversies regarding immigration and Uncle Sam.

She adds, “We have also partnered with Green Card Voices, which has collected stories of youth immigrants. Queer youth storytellers will be featured and Green Card Voices photos and stories will be displayed in the Ordway lobby.” 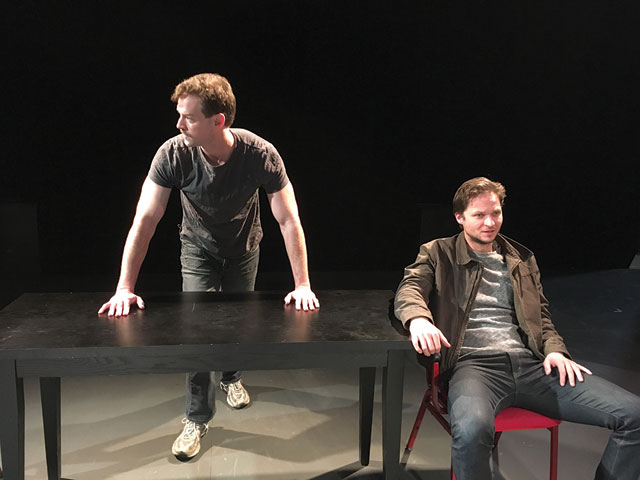 In Lavender’s annual Year in Review, Peter Christian Hansen was named Best Dramatic Actor for Torch Theater’s True West in 2011. Dustin Bronson was named Best Comedic Actor for Mixed Blood’s Hir in 2015. You can guess that catching them in Gremlin Theatre’s A Steady Rain is one of the best bets for winter theater. These two magically gifted men will reach into the psyche of law enforcement officers, Hansen plays Joey, Bronson plays Denny.

Accomplished director, Ellen Fenster, always plumbs the depths. Recall her devastating Gremlin staging of Paul Zindel’s female-centered The Effect of Gamma Rays on Man-in-the-Moon Marigolds five years ago. With A Steady Rain written by Keith Huff (television’s Mad Men, House of Cards) she gets to probe the underbelly of masculinity.

Hansen, also Gremlin’s Artistic Director, relates, “Denny and Joey have been friends ever since they were five or six. They grew up together on the tough streets of Chicago, fought together constantly, were inseparable. They both went into the police force and have been partners out on those same streets. They literally have their lives in each other’s hands time and again. Needless to say, they are almost a part of each other, with Denny as the alpha male and Joey as his constant sidekick.”

Hansen continues, “Their relationship is tested in new and extraordinary ways and slowly begins to unravel; even pitting the two friends against each other and testing just how far their loyalties to each other extend and who really has the upper hand. Denny’s attempt to sober Joey up leads to Joey’s constant presence and with it, a new rivalry and tension that develops in Denny’s home. Denny’s increasing violence and willingness to operate outside the lines of the law strain the lives of all involved to the breaking point. As children, they played a game called ‘Last Man Standing’. As the play unfolds amid a series of shocking episodes, it appears that this deadly game has turned real.”