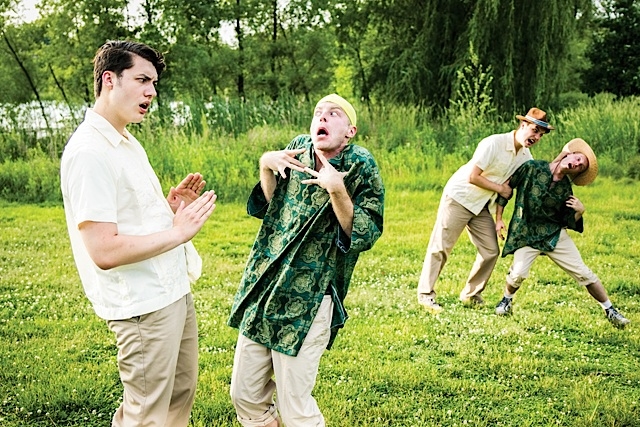 The Comedy of Errors. Photo by Lou Bedor III 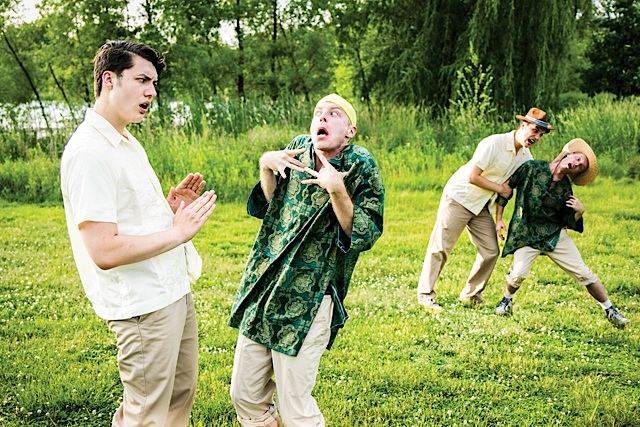 The Comedy of Errors. Photo by Lou Bedor III

The accomplished Classical Actors Ensemble is presenting William Shakespeare’s wildly madcap and shortest play, The Comedy of Errors, at local parks and nature-centered areas. Actress Marika Proctor points out that “the comedy in this play hinges on our inability to control how our identity is perceived and the miscommunication, frustration, and resilience that comes with navigating how to understand each other. Shakespeare gives us not only one set of long-lost identical twins, but two—the premise is totally absurd, but the errors are entirely genuine. The Comedy of Errors delights in a complex web of crossed wires, nudging us to embrace life’s chaos in order to figure out who we are, what we think, and how we feel. Like the colorful cast of characters in this play, we stand to be surprised along the way.”

The Ordway’s outgoing Artistic Director James Rocco is staging the legendary and, some would say, heretical 1971 rock opera by composer Andrew Lloyd Webber and lyricist Tim Rice. Whenever he revisits Jesus Christ Superstar we can ponder a quote by the classic gay French writer, Marcel Proust: “The true journey of discovery is not in seeking new landscapes but in having new eyes.”

Rocco stresses the importance of respecting “a show that pushed musical theater into new territories. When it first appeared it was considered radical, rebellious, and edgy. It surprised and shocked audiences because it pushed the envelope—a show that revolutionized and changed musical theater while it contemplated and brought forth thoughts about the last seven days in the life of Jesus Christ.”

Of course any telling or retelling of the Christ story includes the tyrannical Herod. Rocco points out that “in the score, King Herod is presented as a decadent and flamboyant King, an over-the-top, successful vaudevillian, steeped in show business tradition. This is in direct contrast to the sounds of Jesus and Judas who represent a revolution, a change, something new.”

Ordway’s revival will push the envelope even further with the crossgender casting of a woman in the role of Herod. Erin Schwab, one of the region’s most beloved musical talents, is, in her words “thrilled to take on the challenge of playing a male role. I have listened to and loved this show since I was a young girl playing all the parts along with the cast recording in my parents’ basement. Most assuredly, the role I most connected with was King Herod. I was never Mary Magdalene, she was far too serious. I have never played a role that is a gender I don’t identify with. James Rocco and I have met and discussed some ideas. It will certainly evolve as we rehearse and interact with each other.”

Rocco adds, “The role of Herod needs a consummate performer. Erin is no doubt that.” You will also see other popular veteran Twin Cities musical actors in this Superstar: Kersten Rodau, Julius Collins, Randy Schmeling, and Dieter Bierbauer. 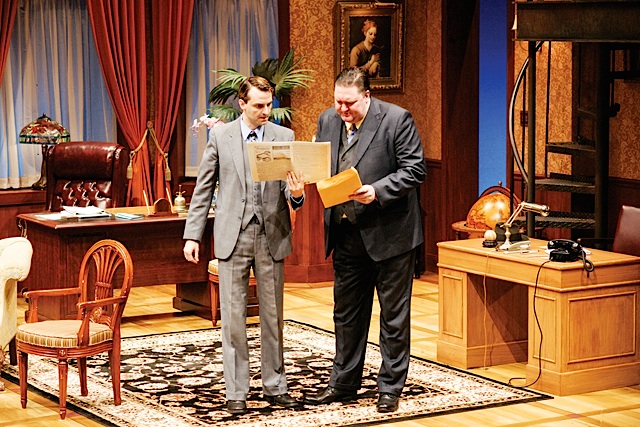 Might As Well Be Dead: A Nero Wolfe Mystery. Photo by Petronella J. Ytsma

St. Paul. 1956. A regretful mother hires a detective to track down her estranged son. He may be all the way over in Manhattan and possibly even wanted for murder! Park Square’s summer thriller has gotten to be a “go to” annual theater experience.

Cast member Jim Pounds shares, “It is always great to see a new play in a familiar genre. If you love mysteries, you will love this show. Lots of suspects. Lots of possibilities and complexity that makes it fun to try to unravel before the main character does. If you prefer, you can focus on the shifts in character for most actors and the comedy of which there is plenty. The audience at the first preview was very enthusiastic. There is even inter-generational banter which I appreciate!”

Question: What have the Cowles Center for Dance & the Performing Arts, the Southern Theater, Movement Research NYC, and the Walker Art Center been partnering up for lately?

Answer:  These arts organizations formed a panel and selected the following for the 12th annual Momentum Festival. Selected artists include Fire Drill (Emily Gastineau and Billy Mullaney), BLAQ (Deja Stowers), //CATHEDRAL\\ (Dolo McComb), and STRONGmovement (Darrius Strong). Momentum Program Director Michele Steinwald points out that these artists “work from a very specific perspective within contemporary dance. They’re also at points in their career where they’re able to leverage the support that Momentum provides to influence future work or take them to the next step in their career.”

What Will Happen to Me?: Portraits of Children With Incarcerated Parents
Through July 27
Cargill Hall Exhibit, Minneapolis Central Library, 300 Nicollet Mall, Minneapolis
www.hclib.org

Once again, Minneapolis Central Library gives us a thought-provoking exhibit in its second floor Cargill Gallery. What Will Happen to Me? is a collection of stark photos from Howard Zehr’s book about families and incarceration. We see mostly children of color whose parents are being held in American prisons.

Over two dozen photos look straight on into the eyes of children, emphasizing the innocence of those who, through no fault of their own, have become second-class citizens. Zehr has stated that they are often forgotten and are “profoundly affected by circumstances and policies that do not take their needs into account. We interviewed and did photographic portraits of children in a number of communities across the country.”

Out of this the exhibit was created. Moreover, Zehr came to realize the burden put on caregivers, including family members and especially grandparents, who look after the children of those locked away. It points to a grave problem that ironically some in both major political parties have acknowledged passionately. Yet there seems to be no real effort at addressing of it. Perhaps efforts like Zehr’s will help to shift that.