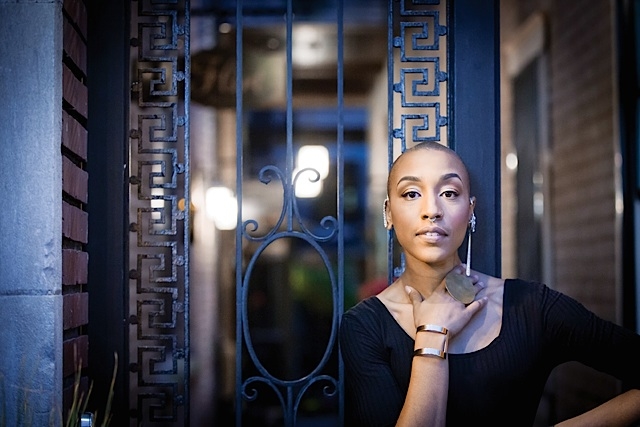 Comedies were vehicles through which people of over a century ago could come to grips in some way with the raw nature of sexuality and desire in a time when western society was drenched in the Victorian ethos. To be sure, the Victorian mentality was not limited to Great Britain and its Commonwealth. Designers speak of American Victorian style. The style of much of continental European art and design also goes by the term “Victorian.” The French, who some would have us wrongly believe were always indulging in their senses to decadent effect, most definitely had an erotophobic judgmental streak, and Victorian attitudes underlined that.

Constrictive French religiosity is a cultural prototype, however, that precedes the 19th century. Indeed, the French population has long been just as conflicted about sexual expression as the Americans and the Brits, and the stage was where much was played out. Since the irreverent comedies by Moliere in the 1600s, France has been at the vanguard of sexual themes expressed through theater. As the Victorian century came to a close and the century that gave us the Sexual Revolution emerged, the bedroom farces of Frenchman Georges Feydeau (1862–1921) were quite popular, viewed as both frivolous and transgressive.

Then, as now, sex sells. Especially when it is crafted into well-written farce. In the 20th century sex farces were also popular like the long-running London hit, Run for Your Wife, and Alan Ayckbourn’s enormously popular comedies. In the U.S. we know of the hit film and stage musical, Victor/Victoria. In Minneapolis, our own Harold Kahm penned The Crowded Bed.

Another 20th century farce writer has actually gained traction in the 21st century: French playwright of Italian background, Marc Carmoletti, finessed the bedroom farce style and wrote a play titled Boeing Boeing which became his signature hit. In recent years it has enjoyed popular revivals in New York, Minneapolis, and elsewhere. Since his death in 2003, Carmoletti’s farces seem to be on their way to being seriously established as selections for American theaters. His Don’t Dress for Dinner will play the Gremlin Theatre’s new space in St. Paul.

Brian Balcom directed Feydeau’s Le Dindon for Gremlin five years ago and points out that for that play “the sex and sexuality was forward and vulgar. There was grabbing and groping and burning loins in constant, passionate pursuit.” Now, as director of Gremlin’s production of Carmoletti’s Don’t Dress for Dinner, Balcom sees a real contrast: “In this play, the humor comes from the creative schemes the characters use to hide their extra-marital romances. Everyone is forced to think on their feet to cover up what’s really going on and the lies grow more complex and confusing by the minute. The play is a comedy of confusion and misdirection and is pretty accurate as to how far we’ll go to conceal our illicit affairs.” 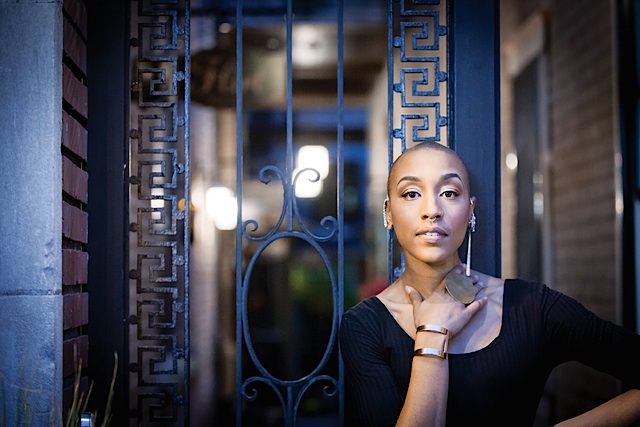 The Guthrie Theater’s Level 9 Series is about work that is socially conscious. The New Griots Festival presents emerging Black local artists. Festival co-leader Jamil Jude says we can expect queer artists to be a part of it: “Some of their work will comment directly on their experiences. What’s important for us, as a festival, is that we proclaim that Black artists are not monolithic; in our sexual orientations, aesthetic interests, and how we show up in the world. This year’s festival, more than previous years, will challenge audiences to expand their understanding; artists will present work in mediums we rarely see Black artist explore; artists will address current events as they seek to find the tools to enjoy life in the midst of storms; artists will position themselves as the voice of their generation — voices that need to be championed and echoed throughout Minnesota.” Jude’s fellow co-leaders are actress Jamaica Meyer and playwright Josh Wilder.

In 1977 Duluth heiress Elisabeth Congdon and her nurse were found murdered in Glensheen mansion. Her stepdaughter, Marjorie, and her husband, Roger, became prime suspects. That real-life who-done-it played out in court rooms, the press, and has essentially become a History Theatre creation that continues to draw in the crowds. It is now back for a third run. Book-writer Jeffrey Hatcher and composer-lyricist Chan Poling of the Suburbs birthed a beguilingly devilish work that brings to mind the small scale Off-Broadway musical comedies of the 1950s and ’60s. The sharp, satirical cast that did the original production is back, directed by the same man, Ron Peluso. Cast includes Wendy Lehr, Gary Briggle, and Adam Qualls. Jen Maren and Dane Stauffer will reprise their saucy performances as Marjorie and Roger. Poling is renown for his tune “Love is the Law“ which is considered to be the anthem of the Marriage Equality movement. 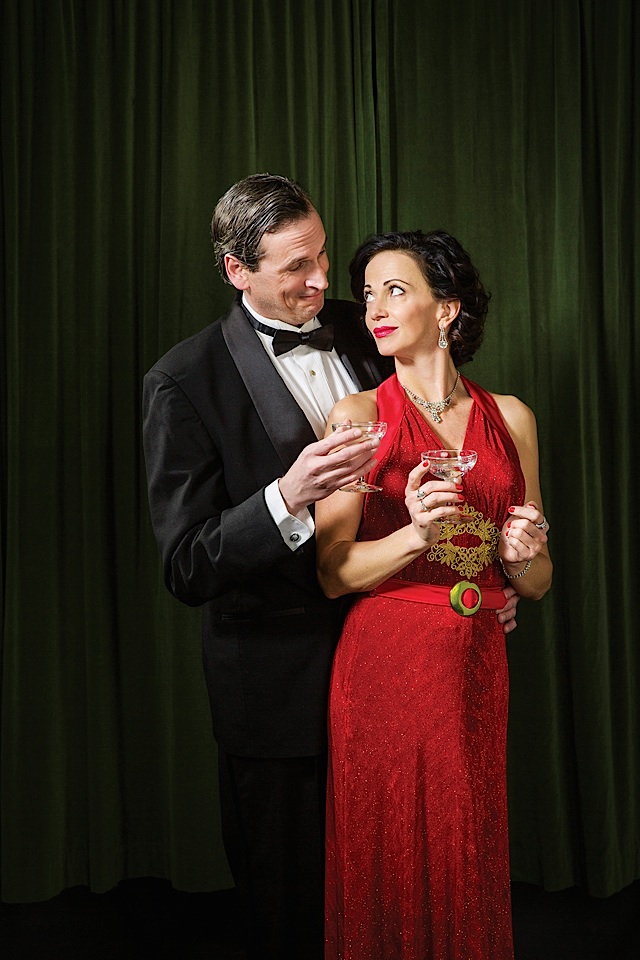 Girl Friday Productions has become a stellar producer of American classics that don’t always enjoy revivals. For example: Elmer L. Rice’s Street Scene and Tennessee Williams’s Camino Real. The company produces a show every other year and this year’s choice is eagerly awaited. Robert E. Sherwood’s Idiot’s Delight won the Pulitzer Prize for Drama in 1936 and it just isn’t produced very often. It will play on Park Square’s Boss Stage.

Director Craig Johnson shares, “One of the things that fascinates me about Idiot’s Delight is how seamlessly it stitches together several genres. It’s a large-scale Broadway comedy filled with an array of vivid, off-beat characters: gum-smacking chorus girls, bumbling waiters, rat-carrying German scientists, and an international woman of mystery. It’s a love story originally crafted for Broadway stars Alfred Lunt and Lynn Fontanne. While we don’t have them, we do have popular Twin Cities actors Stacia Rice and John Middleton. The play also has a lot on its mind about militarism, nationalism, and borders that are suddenly closed to some — it’s hard not to see our current politics chillingly reflected back to us. And Idiot’s Delight has a floorshow in it, so it even becomes a musical for a bit! Our fun and exciting challenge will be to bring full value to all of these colors, emotions, and ideas!” 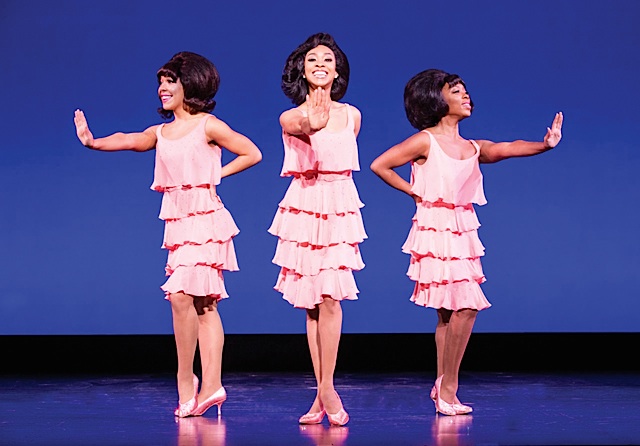 Berry Gordy’s autobiographical musical excels far beyond self-promotion. And though Motown the Musical is framed by tunes from the Motown catalog, this crowd-pleaser is more than just your usual crowd-pleaser. It has this extraordinary way of transcending the rote patterns some showcase musicals are know for. It will bowl you over with marvelous tunes while telling a great success story. Motown inspires, uplifts, and restores us into one of the greatest chapters in African American music history and music history in general. You’ll see characters such as Diana Ross and Stevie Wonder and dance styles that capture the era to vibrant effect.