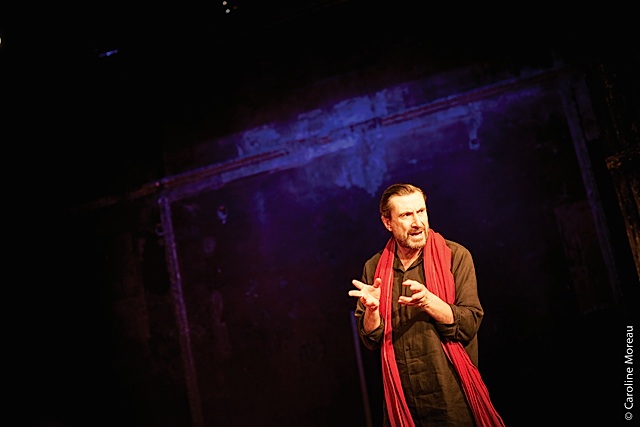 Peter Brook looms as one of the world-class figures of 20th century theater. His 1968 book, The Empty Space, is like a Bible for three generations of theater practitioners and scholars. In 1964 Brook directed the first English language production of Marat/Sade for the Royal Shakespeare Company. It stands as one of the preeminent stage productions of that decade.

Brook’s deconstructionist-minimalist approach has an uncanny way of showing that less is more. It taps into the sacred. Paradoxically, when dealing with epic work, Brook has a way of sweeping us away in the same way a lavish costume and scenically designed drama might, but without the lavishness. His nine-hour 1985 milestone, The Mahabharata, based on the Sanskrit epic poem was a collaboration with Jean-Claude Carrière and it stands preeminently as well.

Now you can see a 70-minute excerpt of The Mahabharata at the Guthrie titled Battlefield, collaborated on with Carrière, as well as Marie-Helene Estienne. Four actors and a musician tell the story of a family at war within itself and at war in the larger world as well. A healing process is implemented through animal fables. You could also call it a journey to enlightenment. This is part of the Guthrie Theater’s WORLDSTAGE series. 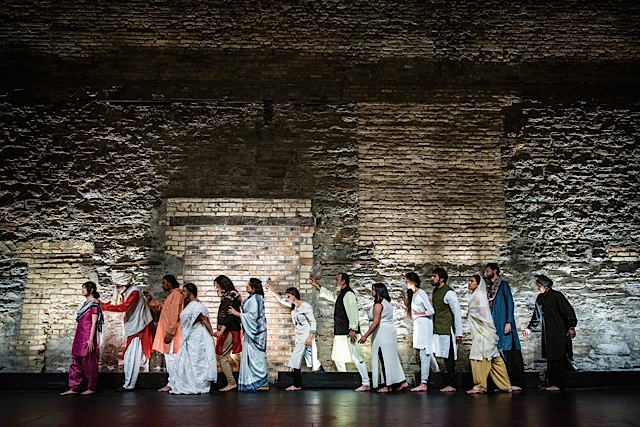 No local theater company provides a global view as vast as Pangea World Theater. Their record is remarkable. Within this broad reach is a critical interest in history. Their latest production, 5 Weeks, was written by Meena Natarajan. She shares, “This play deals with the experiences of ordinary people who found themselves in extraordinary circumstances. It took five weeks to create the partition of British India into the countries of India and Pakistan in August 1947 and this act has continued to reverberate for the next 70 years. The older generation hardly spoke about partition and, yet, we continue to experience its shadow in the violence that continues to occur as its legacy. There are so many questions this play explores: questions of citizenship and belonging, the fragmentation of community, the massive movement of refugees on both sides of the border based on religion, the violence inflicted on women and children, the courage of those who dealt with its impact and found themselves all over again. It’s hard to imagine what they went through and, yet, these stories are important if we are not to have history repeating itself all over the world. I am thrilled to have a multilingual cast of actors from the community that come from India, Pakistan, and Bangladesh and original music by Pooja Goswami Pavan, A. Pavan, and Vijay Ramanathan.” 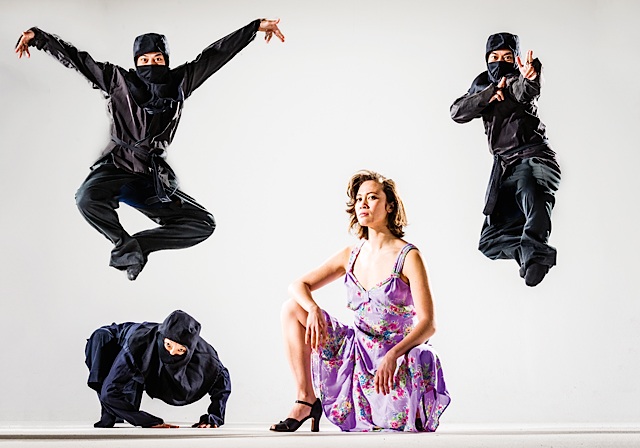 It’s a fact of life in the world. Wars and military engagements mean refugees for the countries involved and surrounding countries. This reality was brought home to the United States after the Vietnam War, which included surrounding countries, Laos and Cambodia. It was also the case with Somalia and obviously now, given the ramifications of wars in Iraq and Afghanistan.

In Vietgone, playwright Qui Nguyen draws from comic book aesthetics, martial arts, and hip-hop, to tell the love story of his parents who met in an Arkansas refugee center. When Saigon fell in 1975 they fled Vietnam. Just the sort of content that Mixed Blood Theatre relishes. Founding artistic director Jack Reuler points out that Mixed Blood “has long aimed to be a voice and home for immigrants.”

Director of the Vietgone regional premiere, Mark Valdez, notes, “At a time when the immigration debate continues to heat up and the world struggles to find solutions to the global refugee crisis, playwright Qui Nguyen puts that aside and instead gives us a love story — his parent’s love story — and in doing so, creates a play that takes on a far greater political resonance, for what’s more urgent than love? And it’s not just that it’s a love story, it’s that it’s the specific love story about two Vietnamese, fleeing their homeland in the aftermath of the Vietnam War. They bear the wounds of war, of leaving home and family. And still, more often than not, their struggles yield tears of laughter rather than of sadness.”

Stephen Schwarz not only made one of musical theater’s biggest comebacks in 2003, but set the tone for theater in general by coming to bat for “the other.” The Other in this musical is Elphaba, the green, so-called “Wicked Witch of the West” in The Wizard of Oz. This prequel is an alternative look into L. Frank Baum’s original book and the 1939 Victor Fleming film classic. It portrays green-skinned Elphaba as a sympathetic gifted character and the blond, fair-skinned, and glamorous Glinda, the so-called “Good Witch,” as deceptive and viciously ambitious.

As in Godspell and Pippin, his small-scale musical gems of the early 1970s, composer-lyricist Schwarz’s more spectacular Wicked provides sensational tunes too. Just as Godspell gave us the memorable “Day by Day” and Pippin the crackling “Time to Start Living,” Wicked offers “Defying Gravity,” perhaps the most exhilarating tune in contemporary musical theater. Winnie Holzman wrote the book for the musical based on Gregory Maguire’s 1995 novel, Wicked: The Life and Times of the Wicked Witch of the West.

Red Eye Theater is a challenger of fixed ways of presenting theater. That said, Red Eye appeals to universal feelings. While You Were Out, conceived and directed by Andrew Lee and Hayley Finn, examines the emotional ramifications of a daughter’s loss of her mother 30 years after her death. Two actresses play the daughter at different life phases. The audience is divided into two groups and follows the younger Bea (Maeve Moynihan) or the older Bea (Maggie Bearmon Pistner) separately until the two story lines converge. Electronic dialogue received through headsets and a trio of tennis-playing rabbis add to this unique experience. 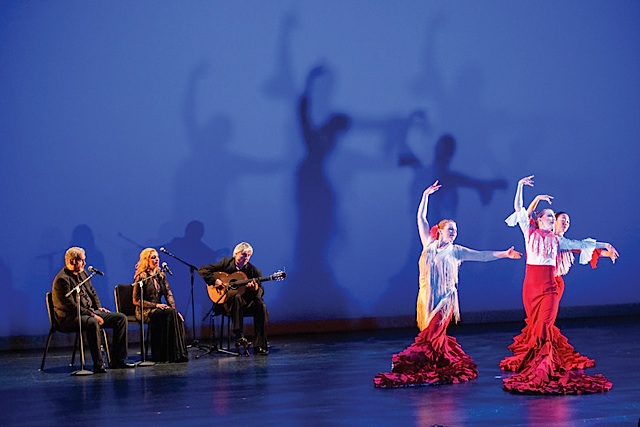 And the Beat Goes On. Photo by Bill Cameron

Two distinguished dance companies combine their energy for a mutual presentation as part of the MERGE series at the Cowles Center for Dance and the Performing Arts. Zorongo Flamenco will offer their traditional Spanish dance, along with the Flying Foot Forum’s Scandinavian and American folk style. You’ll see examples of their signature work, as well as a combined co-creation.

“Artistically we see into each other and can move together and direct our dancers,” says Zorongo’s artistic director Susana di Palma. “We have different ways of working. Joe is logical and organized, and his process is clear and clean. My process is through improvisation, in-the-moment changes to the last minute. But we have profound respect for each other.”

Flying Foot artistic director Joe Chavala says, “While we are guided by the forms we know, we don’t let the traditions rein us in and dictate what we can and can’t do. I enjoy discovering the intersections and common ground and figuring out how best to blend what each of us do.”