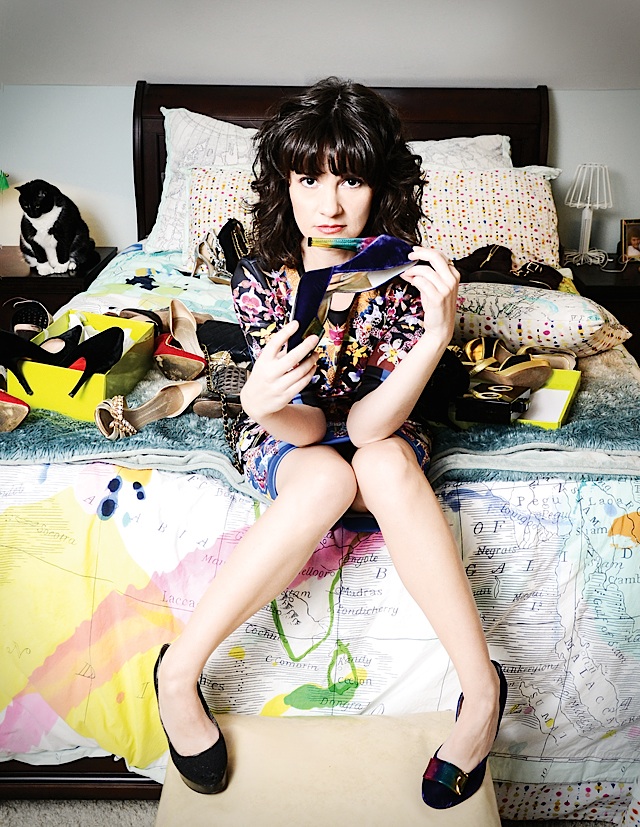 Sara Marsh performs Theresa Rebeck’s solo play Bad Dates. She says, “From the moment I read the script, I thought, I understand this woman. Haley is funny and sassy and chic and fashionable, but she’s also an intelligent, strong woman running a business because she has a gift and a passion for it, because she saw the opportunity when it came along and was savvy enough to take it and make it a success. So she’s smart and tough. And she makes a lot of mistakes, but she is resilient; nothing she encounters keeps her down. In fact, those things drive her forward.”

Marsh adds, “This isn’t a neat, tidy story. This is a funny, moving, messy story about a smart woman with real struggles and real guts who has the fortitude and wisdom to keep going in the face of adversity. And the humor sugars the pill of just how hard it is to be living a life as a single woman, raising a child, running her own business in a competitive industry in new York City, feeling lonely but dealing with the disappointing reality of what dating in the real world truly is.”

St. Paul’s Rondo neighborhood was decimated in 1956 by the construction of Interstate 94. It was the city’s largest African American community. The History Theatre presents a look into the decision-making process that excluded the bulk of the community that was impacted. Playwright Josh Wilder says his play “examines the men behind the closed doors that impacted Rondo forever and the community leaders of Rondo who did their best to save it.”

What happens when public policy is invisible and nontransparent? Who is allowed behind closed doors to discuss it and who is not? Director Jamil Jude says those kept out of the discussion “were made to feel invisible, about the homes that were destroyed and literally made invisible.”

This prequel to Peter Pan asks how Peter Pan became the boy who never grew up. It won five Tony Awards in 2012 and ranks among the most innovative shows that ever played Broadway. Theater Latté Da gives us the first local, professional production.

Music director Denise Prosek points out that Peter and the Starcatcher “is full of fun, whimsy, and surprises, and it’s almost entirely created by the cast. There are instruments all over the set which are used for sound effects and underscoring such as lightning, cannons, birds, twinkling stars, romantic encounters, and bodily functions too! We’ve incorporated sea shanties to whisk the audience immediately into the adventurous world of pirates, and the rhythm of bamboo poles banging on the floor sends us to an island jungle. There’s a rousing anthem and even a song in the style of an English music hall number. At every turn, there’s always something new.” 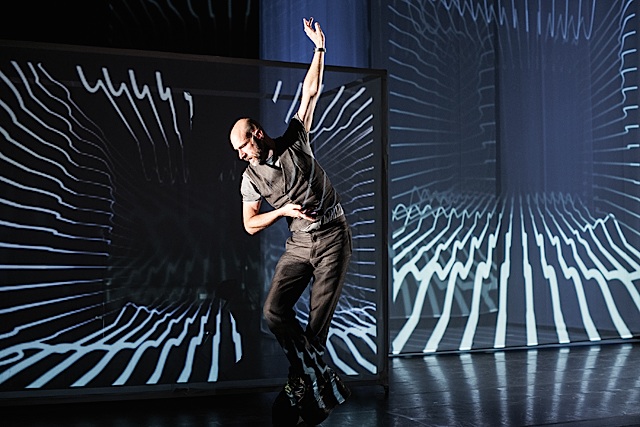 Not A Moment Too Soon. Photo by Yoana Miguel

Dance innovator Merce Cunningham (1919–2009) changed the way in which dance was perceived by its performers and, therefore, received by audiences. He was openly gay and his romantic partnership with composer John Cage is legendary. For the last 15 years of Cunningham’s life, Trevor Carlson who was the executive director of the Cunningham Foundation, had deep personal access to the innovator’s life.

Spanish director Ferran Carvajal interviewed Carlson and out of this has come this interdisciplinary performance, narrated in first person by Carlson about his and Cunningham’s mutual experiences and the last chapter of Cunningham’s life. Text, music, choreography, and video never seen previously, shot by Cunningham himself. The piece debuted in Barcelona. The Cowles Center hosts its North American debut.

Something that makes the piece resonate locally is the relationship that the late arts philanthropist Sage Cowles had with Cunningham. Her son, Jay, shares, “From the moment Sage saw Merce perform as a young soloist with Martha Graham in the mid-1940s, she was inspired and intrigued by his artistry and his vision. She remained a devoted supporter and friend throughout his life.”

Sage Cowles first met Cunningham when she was a student at the School of American Ballet. She served as a board member of the Cunningham Dance Foundation for four decades. She held a private ceremony to bless the Cowles Center stage in Cunningham’s memory, a sign of her aspiration for the center and for dance in Minnesota. 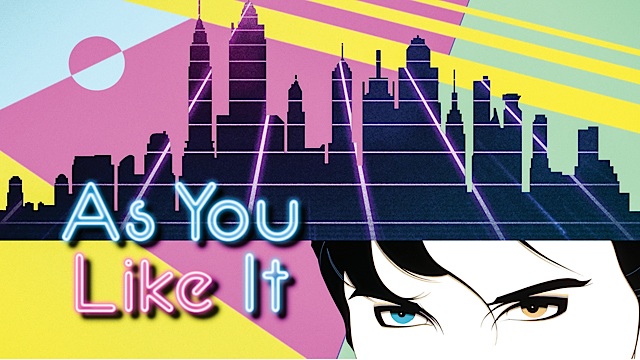 As You Like It. Graphic Design by Joseph Papke

Samantha Papke plays one of the most famous cross-gender roles in the history of comedy in William Shakespeare’s As You Like It presented by Classical Actors Ensemble. She points out that “at the start of the play Rosalind is an awkward and clunky version of her brilliant self that we see later on. It isn’t until she’s disguised as a boy that she gains the confidence that allows her to explore, and even exploit, the uncertainty and excitement she feels in her love for Orlando.”

Papke continues, “The thing I’ve noticed about playing Rosalind is how other characters respond to ‘Rosalind the lady’ versus ‘Ganymede the boy.’ It can be really subtle at times, but Ganymede definitely has more open, honest, and trustworthy interactions with others. I’ve noticed this in other traditionally male and gender-swapped roles I’ve played, but it’s more pronounced in As You Like It since Rosalind starts out as a rather timid and awkward girl in the court and ends up taking advantage of her masculine disguise in the woods so she can experience a life beyond societal norms. I’m reminded of what I’ve read about the experiences of transgender men realizing just how biased society is toward masculinity once they’ve gone through their transformation. You don’t necessarily see the bias until you’re the one who’s being perceived differently. Rosalind’s transformation lies just as much in those around her as it does within herself.”