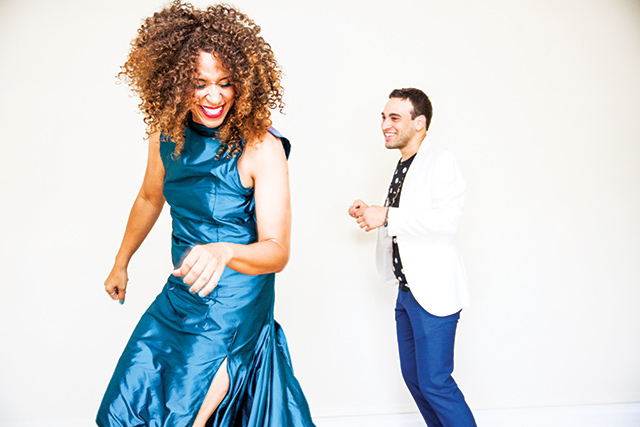 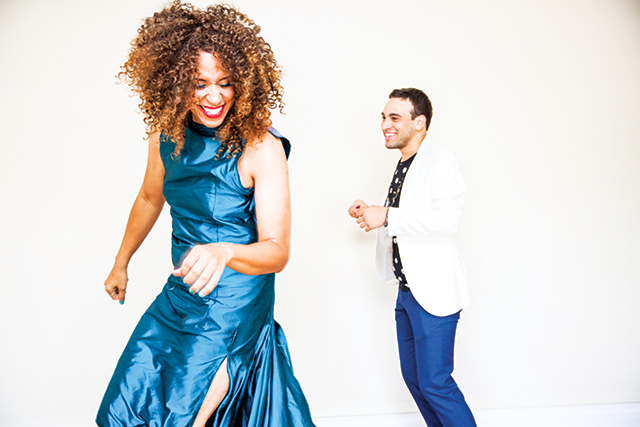 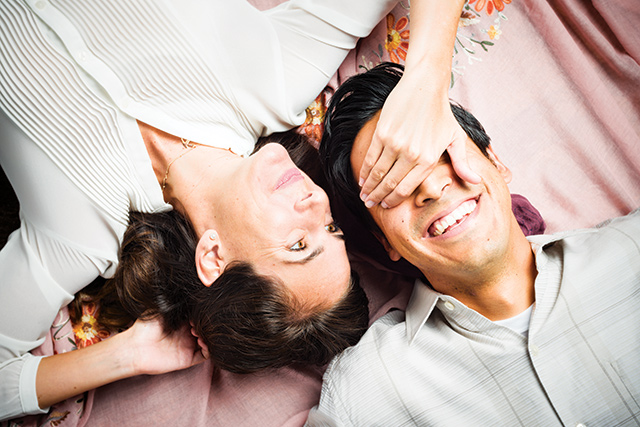 Corazon Eterno (Always in My Heart). Photo by Rich Ryan

The writings of Gabriel Garcia Marquez inspire OBIE award-winning playwright Caridad Svich’s epic love story. Her bilingual stage adaptations are familiar to Mixed Blood Theatre, as well as her notions of love, spiritual resilience, and the collision of classes and cultures.

Svich notes, “In dark times, maybe in all times, a reminder of that which sustains and connects us as human beings feels urgent. In writing Corazon Eterno (Always In My Heart), I was thinking about how we need to keep love and light in our hearts and how to remind ourselves that we sometimes need to render ourselves foolish to become vulnerable to the rites of passage that love demands of us. This play is, in part, a valentine to what we do in the name of seeking another with whom to share a life.”

Two horror-based one acts are being presented by the World Crime League Theater Company at the Phoenix. Dustin D. Miller’s Days Gone By is set during a zombie pandemic and the world premiere of The Surgeon by Andy Rakerd involves a mystery about the robbery of internal organs, one of those horrible things that is actually going on in the world that most of us would rather pretend is not.

Rakerd, also the co-producer, says, “The World Crime League is a new Minneapolis-based theater company devoted to staging new works with a bit of an edge. We love theater with a dark comedic vibe and a hint of the macabre. More importantly, we want to provide a platform for up-and-coming artists to express themselves and flex their creative muscles. We got together this idea to do The Dead of Winter Double Feature, and we’re going to be featuring two one-act plays of the horror genre, one of which is a world premiere. Horror is a genre that is not often covered on the stage, so we’re hoping to feature new work in that area and to make it an annual endeavor.” 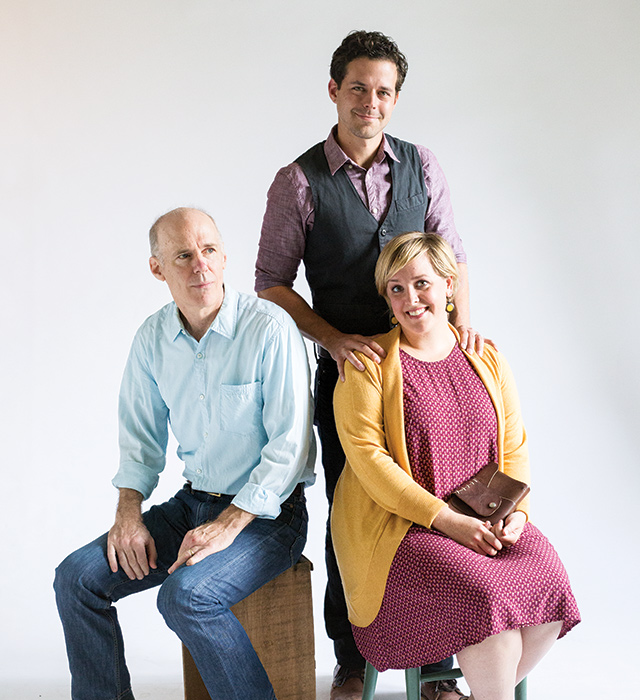 When you hear about the gospel-themed hotels in playwright Craig Wright’s Grace, you might think, “Aha! Another snarky take on religion along the lines of Trey Parker or Bill Maher. Ho-hum.” But when I asked director Terry Hempleman who is staging it at Yellow Tree, he responded, “Craig has a masters of theology seminary in the Twin Cities, so he is a serious thinker about theological issues. The gospel-themed hotels idea is not satirical in the context of the play. There is really nothing satirical in the play at all. Humor — yes! Ridiculously true human behavior — yes! But I wouldn’t call it satire. The character who is pursuing the hotels idea is a young man from Minnesota who describes himself and his wife as ‘committed Christians.’ He wants to do good in the world and to please and honor God. Alas, he is only human and he will surely struggle the way we all do, with our shortcomings and our hilarious and tragic humanity. The question is: where is god’s Grace in this mess we make of our lives and our world?” 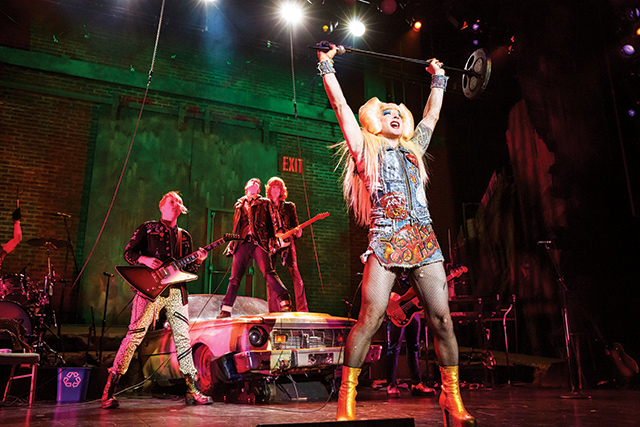 Hedwig And The Angry Inch. Photo by Joan Marcus

The Broadway revival that won four Tony Awards comes to the Ordway. The script by John Cameron Mitchell and music and lyrics by Stephen Trask delve into the alienated world of someone rejected by socially driven norms. Vice President of Programming James Rocco shares, “This entire Ordway season is filled with shows and performances that address the question, ‘What does it mean to be an American?’ And Hedwig and the Angry Inch fits that bill perfectly. Our country is a country of diversity. Hedwig is a show about a person who is one of a kind — more woman than man, but due to a doctor’s accident, she has become her own gender. I’ve heard people call her genderqueer. As far as I am concerned, she represents the quest for authenticity and the fight to be fully accepted for who she truly is. Isn’t that what every American deserves? Inclusion and equality for all. Seeing beauty in the diverse people we all are. It’s a landmark musical, and this production brings it to life in full glory.” Euan Morton stars. 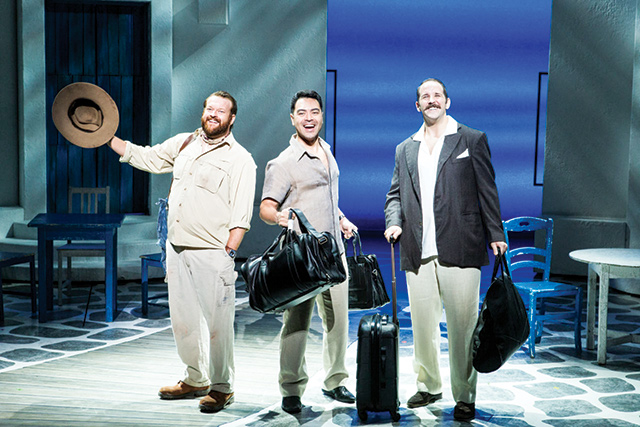 Mamma Mia! is known as “The ABBA Musical” because it was formed by the songs of the Swedish mega-group. If you were around in the 1970s, you know that ABBA ran very counter to the hard rock, acid rock, and heavy metal sound that had been circulating then and in subsequent years. The wholesome quartet was ridiculed as “bubblegum” and inconsequential. But I suspect that could also have been code for being harmonious and melodic when it was more acceptable to be dissonant. Not to mention the envy caused because the group was a financial blockbuster force that surpassed The Beatles.

What’s more, even though English was not their primary language, you could understand every word and could relish the vivid images ABBA’s vocal phrasing shaped. No wonder their vibrant songs would come to be the structure of one of the most successful musicals in history at a time when fear, gaslighting, and paranoia had become pervasive. ABBA shines like a light in a world where the dimmer switch appears to be turned on too much of the time.

20% Theatre Company reprises Elise Forier Edie’s play Pink Unicorn at Open Eye. Trisha Lee lives in a pink-and-blue world where anyone born with a penis is a boy and anyone born with a vagina is a girl. But that world changes when Trisha’s daughter, Jolene, declares herself as genderqueer and wants to be addressed as “Jo.” This solo piece features Mykel Pennington and looks into the clash between conservative Christian values in Texas versus not being what society and the education system expect of you. 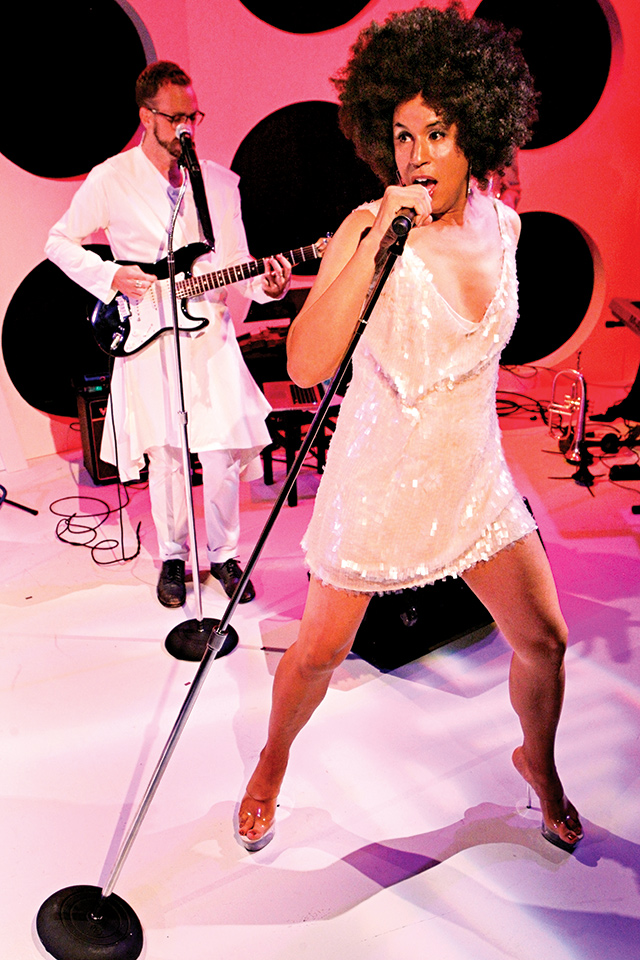 Daniel Alexander Jones is bringing his luminous one-person show Radiate! to the Sheldon Theatre in Red Wing. Jones embodies an R&B expatriate diva named Jomama Jones and first played her in Minneapolis in fall of 1995. The rest, as they say, is history. Jones attributes the inspiration to three artists of local performance history: Djola Branner of Pomo Afro Homos fame, and the late Rebecca Rice and Kathi Gagnon.

Radiate! is part-concert, part-revival and will be accompanied by a band led by Bobby Halvorson as well as the Sweet Peaches doing backup vocals, Red Wing High School’s Ovation Choir, and the Red Wing Singers. The Sheldon’s executive director Bonnie Schock points out Jones’ powerful music, character acting, and “a poignant, exquisitely delivered story that asks questions that will touch every soul.” For those of us who saw Radiate! five years ago at Pillsbury House in Minneapolis, I imagine most of us would shout “Amen!”