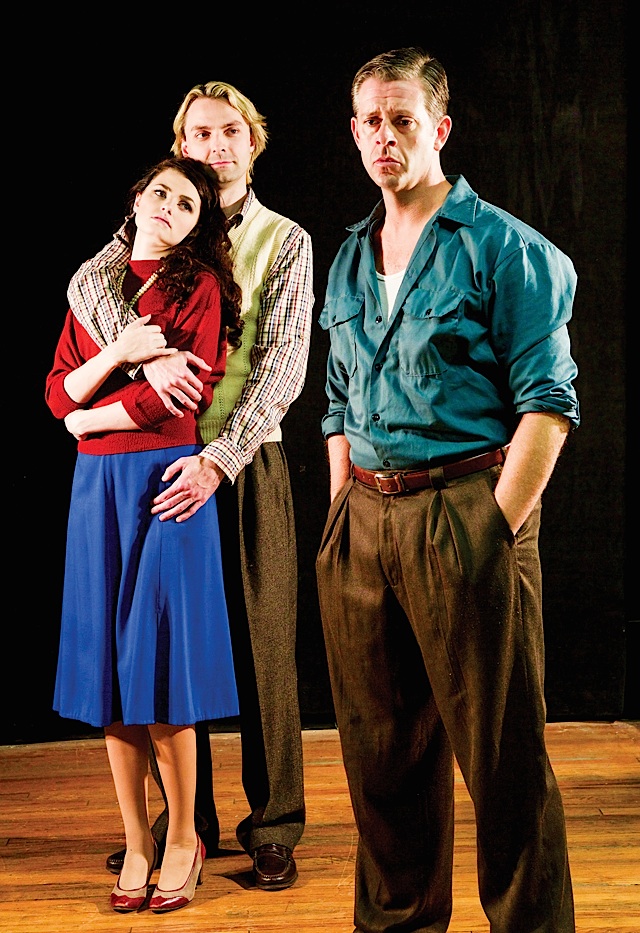 A View From the Bridge. Photo by Roger Watts

A View From The Bridge
Through Feb. 5
Theatre in the Round Players, 245 Cedar Ave., Minneapolis
612-333-3010
www.theatreintheround.org

Arthur Miller looms as one of the classic American playwrights. His socio-political consciousness infuses every play he ever published, but his insights about sexuality and desire have been under-appreciated. The 1955 drama A View From the Bridge is rightly noted for its vivid look at the injustices suffered by many immigrants. But there is also a remarkable flashpoint that still stuns today: a drunken kiss reveals a hidden desire one relative has toward another and a juicy attempt to try to convince someone that a gay man is out to marry a female American just to gain citizenship.

Theatre in the Round Players is a solid and steady producer of classic plays and they’re an old hand at Miller. Michael Egan leads a 14-member cast. Allen Hamilton directs. Lynn Musgrave crafts the sound design. If you are looking for a show that appeals to a broad audience and still engages the heart and the intellect, then you cannot miss with A View from the Bridge. That blend is part of Arthur Miller’s genius.

Artistic director Dale Johnson says that “one of Minnesota Opera’s biggest strengths and joys is finding new and interesting operas to present to our patrons. Our upcoming production of Vincente Martin y Soler’s Diana’s Garden is one of those kinds of pieces. The opera has fallen out of the repertoire since its premiere, but was exceedingly popular in its day. In this rediscovered gem from the Mozart era, you will hear a delightful score, perfect for a light frolic during January in Minnesota.”

Soprano Leah Partridge makes her Minnesota Opera debut as Diana. Tenor Alek Shrader makes his house debut. Peter Rothstein, known for his superlative Guthrie Theater and Theater Latte Da productions directs. Michael Christie conducts. Diana’s Garden is noted for its sensuality, which was controversial in its day, and for its wit. 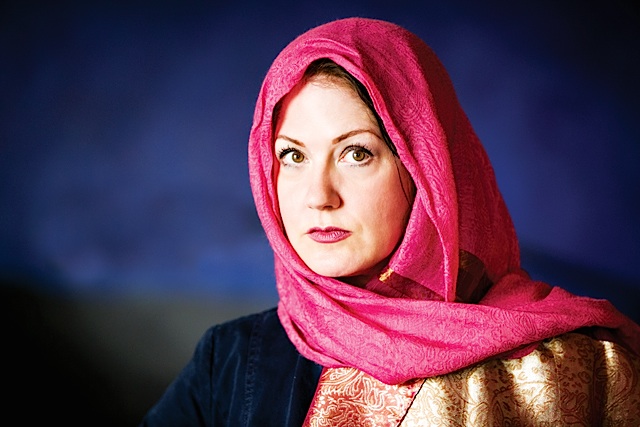 Miranda. Photo by Lauren B Photography

Ever since the Greeks and Romans, the Yemeni port city of Aden at the south end of the Arabian peninsula has been a focal point of international trade. During the Middle Ages Islam was firmly established. Later on, the British, with their signature imperialism, took control in the late 1830s and left in 1968. In recent years Yemen’s position as a place where East meets West has caused it to become embroiled in grisly conflicts involving Al Qaeda, Saudi Arabia, and the U.S.

Illusion Theater is presenting a new suspense drama, which it began developing two-and-a-half years ago, by James Still. Carolyn Pool plays the title role of CIA agent Miranda. Director Michael Robins relates that “Miranda begins a new assignment and must learn to connect with teenage and younger boys who are wounded because of being child soldiers and yet they are still kids. She must learn to fit in as a woman in a traditional Muslim culture. She must do her job with few of the resources she would have in a less conflicted place. Protecting her new assets is complex and changes many of her beliefs.”

Robins’s cast has been very cognizant of the trauma that Miranda‘s setting portrays. He adds, “From research and discussions with people who have been there, we came to understand that people everywhere want to live their lives with all the joys and hopes and disappointments that come from being human. We need to let the story unfold as honestly and authentically as we can while being true to the needs of each character.”

In the early 1980s the 1960 B-Movie and horror spoof Little Shop of Horrors was adapted into a hit Off-Broadway and West End musical. It rivaled Sweeney Todd for sheer gruesome weirdness. You recall Sweeney‘s human flesh in meat pies provided by a demon barber. Well, Little Shop of Horrors is about a florist who tends to a human-eating plant. The former premiered in 1979. The latter in 1983. Something seems to have been in the air at that time.

Joe Chvala directs the revival of the camp musical classic for Artistry at the Bloomington Center for the Arts and his record as choreographer for the Flying Foot Forum assures us that he will bring that camp element out most certainly. However, he is quite attuned to the year the musical hit Off-Broadway. With Little Shop, Chvala says he has actually drawn from his own emotional memory of living in New York City during the 1980s, when and where the AIDS crisis was wielding some of it meanest destruction.

He shares, “Little Shop of Horrors came to be, premiered, and played through some of the bleakest years of the AIDS crisis in NYC. In retrospect I think maybe some of its appeal, especially to the gay community, was that we could sit and watch a mysterious threat to human existence from a distance and laugh and make fun of it, camp it up, even the plant, the threat itself, became a lovable puppet. And, somehow, even though only a few of the characters we care about survive, we could still leave the theater uplifted and touched by this story. Horror films always have that sort of appeal: the thrill of experiencing something devastating without being harmed by it. But I think Little Shop had a special, maybe subconscious, resonance during the times it played Off-Broadway in New York.”

Chvala adds, “During the ’80s, there were a lot of campy performances happening in little hole-in-the-wall theaters and bars all over town. Life was very scary but a camp perspective on the world gave us the opportunity to be sardonic and sentimental at the same time. Little Shop of Horrors embodied both ends of that spectrum. The world called for great anger and loss of hope and a cynical point of view, but camp comedy and finding the heart in bleak times helped to at least lighten the load.” 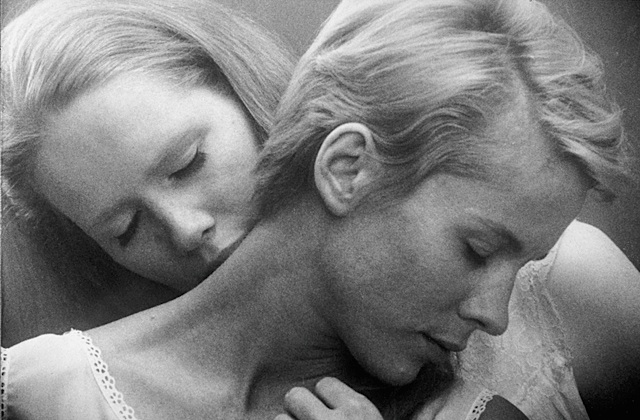 The Trylon continues its mindful inquiry into film classics with an eye to Scandinavia’s historic contribution. The artistic relationship between actress Liv Ullmann and film auteur Ingmar Bergman is one of cinema’s most fabled. Through Ullmann, the film maestro shaped some of the most penetrating films. Through Bergman, Ullmann delivered a profundity of consciousness unlike any other screen figure. Her magnetic inner gleam shines in the 1966 milestone, Persona, a film that jolted audiences around the world with its intense intimacy between women. That sort of intimacy was Bergman’s signature as a so-called “women’s director.” Moreover, this signature is in evidence in the Trylon’s eagerly awaited retrospective.

Persona opens the series on Feb. 5 and it ends on Feb. 28 with one of the few non-English language works to ever be nominated for the Best Picture Oscar, Cries and Whispers. As an adolescent in 1973 I remember other kids whispering, “Ooh! that movie is about lesbians!” However, the haunting Cries and Whispers is somewhat more layered than just that. Again, the intimacy between women is palpable and it lives on various levels.

Included as well are Ullmann’s star turns in Shame (1968), Feb. 12–14, and Hour of the Wolf (1968), Feb.19–21, in which she co-stars with another quintessential Bergman figure, Max Von Sydow. And what could be more quintessentially wintry than a Bergman retrospective in February?