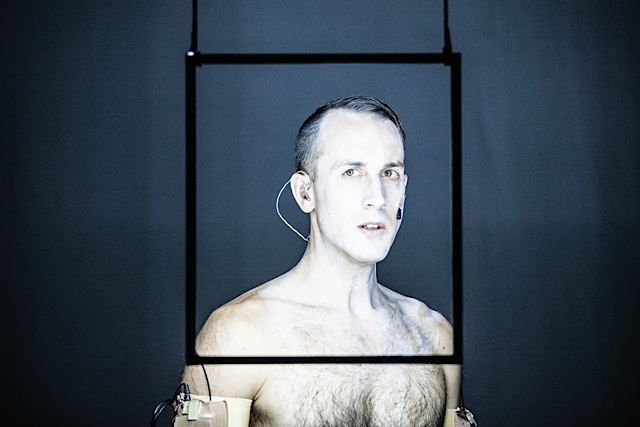 Out There 2017. Photo by Maria Baranova 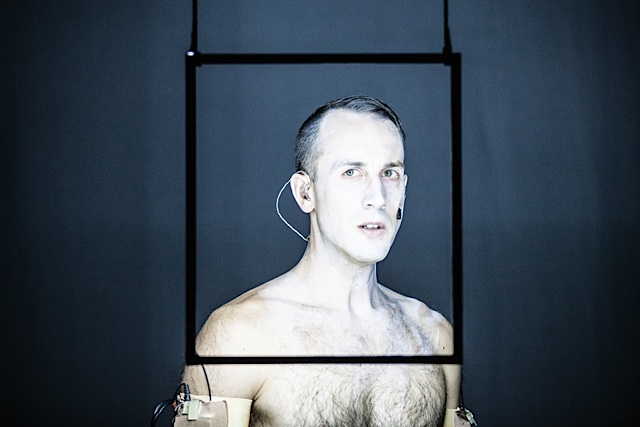 Out There 2017. Photo by Maria Baranova

OUT THERE 2017
Through Jan. 28
Walker Art Center, 1750 Hennepin Ave., Minneapolis
612-375-7600
www.walkerart.org
The Walker Art Center’s Festival of Performance Alternatives revels in dance in this new year and plugs into up-to-the-minute trends and movements happening in performing arts today. It is also a showcase of Bessie Award-winning performers, a major award for dance innovation.

First offering: From New York’s downtown theater scene comes an existential meditation that speaks to the current craze for quantum physics ideas and the theory of relativity in performance. YOUARENOWHERE (through Jan. 7) is Andrew Schneider’s creation that reflects parallel universes, missed connections, and even the culture of Alcoholics Anonymous. The performance space is said to be something undefinable in terms of our three-dimensional way of seeing and the work warps our sense of linear time.

For week two: Bessie Award-winner Faye Driscoll’s Thank You for Coming: Play (Jan. 12–14), the second part of her Thank You for Coming trilogy, looks at how we find coherence in how we consume and fabricate personal stories. Glitches and gaps, both physically and vocally, between what we say and what we do, are revealed.

Week three: In Poor People’s TV Room (Jan. 19–21) Bessie-winner Okwui Okpokwasili explores what is referred to as collective amnesia regarding Nigerian women’s movements. It goes from the Igbo Women’s War of 1929 to the recent Boko Haram kidnappings. Four female performers create a ritualistic and hallucinogenic dystopian narrative. Complete with ghosts and time-bending. 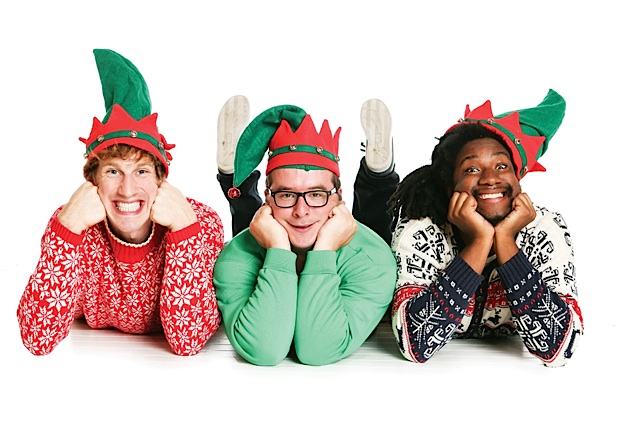 The region’s premiere place for comedy revues continues its hot-selling holiday hit well into the new year. You may be surprised at how few pot shots, practically none the night I saw it, about the current political turmoils. Rather than that, What the Elf!? spoofs commercialization and political correctness in how we look at holidays.

Parodies of standard David Bowie classics become Christmas versions. Ryan Nelson is sensational in a vignette called Social Anxiety, in which every interaction he makes causes a traumatic side effect. It’s what you could call a mini-classic in its own right, reminiscent of Broadway musical comedy tune. Dynamic Denzel Belin joins the cast and reels in the laughs with BNW veteran Tom Reed in the vignette, The Game of Life, where different skin color makes for different board games; hence different rules; hence, different advantages and disadvantages. Indeed, this revue will still pack a punch in our post-holiday winter, when laughter is a nice tonic for the dreary cold weather. 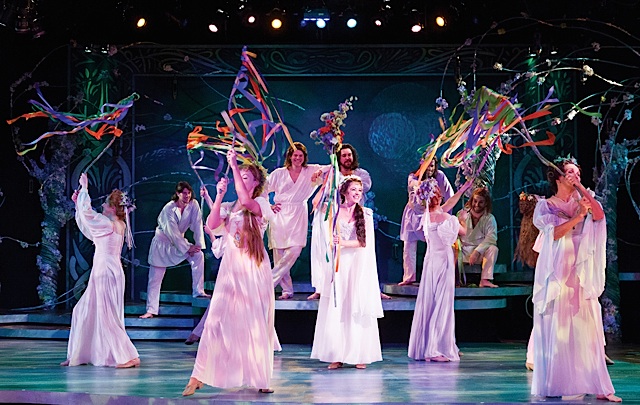 Alan Jay Lerner and Frederick Loewe tapped into the highest ideals of the Middle Ages with Camelot. Theater artists can easily make hay with this musical classic by virtue of its period costumes and marvelous songs, which, if well sung, will make for a pleasing production. Recall The Merry Month of May and I Loved You Once in Silence.

However, Chanhassen Dinner Theatres has taken the artistic leap necessary to make Camelot into not just a well-sung, attractive production, but a work of great theater that plunges the audience into the psychic currents of medieval thought and morality and the majesty of a gorgeous score and lyrics. To watch this Camelot you don’t have to be aware that that is what is working on you as it permeates your mind and heart. But you will know that you’ve been struck by artistic lightning, in a spine-tingling way.

The legend of King Arthur’s effort to evolve humanity beyond wanton destruction, coined as “might is right” into the use of “might for right”, was a noble concept that, even now, we have yet to incorporate. Keith Rice is profoundly moving as Arthur, the prophet of this radical notion. And this vibrant actor sings magnificently. Rice is complemented by the stately and effervescent Helen Anker as Guinevere. Not only is her voice a wonder, but she subtly yet vividly portrays the woman’s shift from a carefree life where love is simple and defined, into a painfully human figure torn between her duty to Arthur and her passion for Arthur’s supreme knight, Lancelot. We feel the forces of medieval shame and the Seventh Commandment weighing, but at the same time, the natural feeling of love and adoration for such a noble figure as Lancelot. And to be sure, Aleks Knezevich embodies that brilliantly.

Surely the force that makes for such a deeply felt production must be director Michael Brindisi. He has worked some kind of “Merlin-esque” magic that delivers this staging into the dimension of the Middle Ages and keeps the show clawing and gnawing at our heartstrings as if we are also participating in the dilemma of the love triangle ourselves. And speaking of Merlin, David Anthony Brinkley brings depth, wit, warmth, and wisdom to the magician.

Rich Hamson’s costumes are sumptuously and specifically medieval. Tamara Kangas Erickson’s choreography and Andrew Cooke’s music direction elicit the textures and the feelings that Lerner & Loewe intended when they premiered the piece in 1960. Almost 60 years later, the Chanhassen production validates that Camelot is a theatrical work that transcends and endures. I have never seen such a superior interpretation of this great musical. 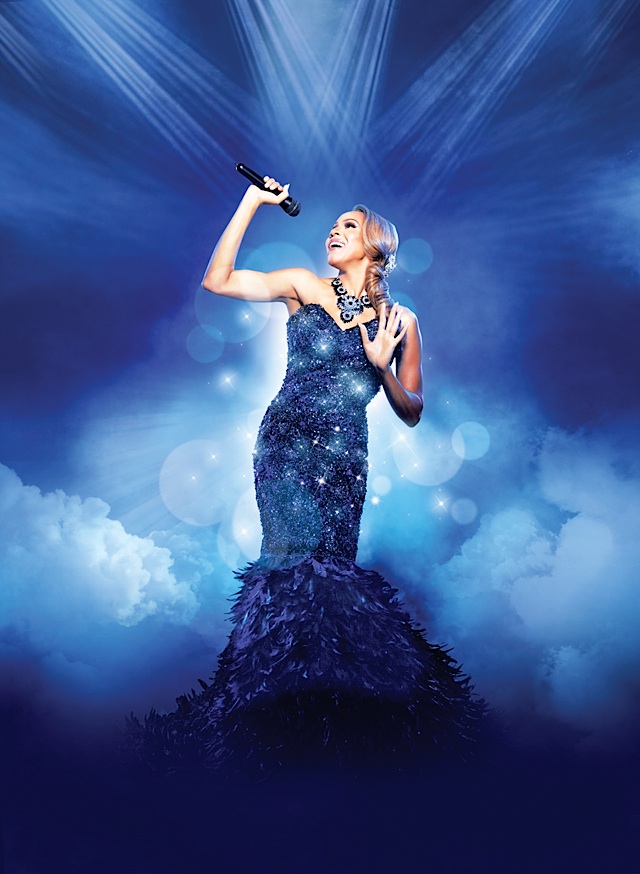 The Bodyguard. Photo by Joan Marcus

The stage musical version of the 1992 Whitney Houston film was nominated for four Olivier Awards (London’s equivalent of the Tony) and its national tour stars the acclaimed Deborah Cox. The Bodyguard is also timely because it looks at power differences between employer and employee and may not lead you to the conclusions you anticipate.

When a former Secret Service agent-turned-bodyguard is hired to protect a superstar from a stalker, there is an actual power play between the agent and the artist. However, in the process they fall in love. The Bodyguard is described as a romantic thriller and includes many beautiful tunes including the classic “I Will Always Love You,” which became a blockbuster hit for Houston, and was originally written and recorded by Dolly Parton several years before then.

That’s why it is so pleasing to hear about the casting of Grammy-nominated Cox. Not only is she renown for her rhythm and blues brilliance but she has an exceptional Broadway background as the lead in Elton John and Tim Rice’s Aida in 2004, as well as playing in Jekyll & Hyde in 2013.

Moreover, Cox has been very active in GLBT issues. Last year she was given the Liberty Bell and Proclamation in Philadelphia by the mayor to proclaim June 12 as LGBTQ Philadelphia Pride Parade and Festival Day. In 2015 she won the Out Music Pillar Award, as well as The Harvey Milk Foundation Diversity Honors for her work to fight HIV/AIDS in the LGBTQ community. In 2014 she received the California State Senate Award and in 2007 she received the Civil Rights Award from the New York Senate for Human Rights and Equality.