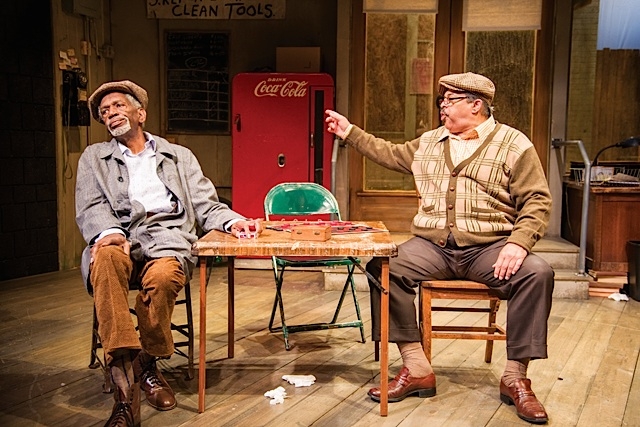 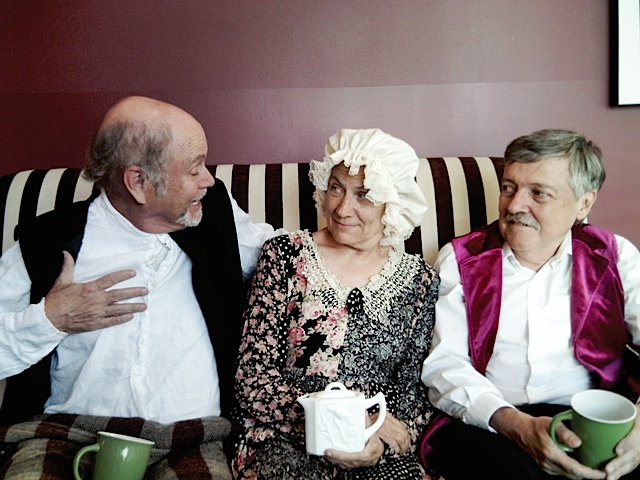 Corcoran Park Players has produced the greats of play writing for several years. From Lillian Hellman to Samuel Beckett and beyond. They now present one of the great classics of world comedy, The Rivals, by Richard Brinsley Sheridan. Director Steven LaVigne notes, “The first performance of the play was such a disaster, so Sheridan closed it, rewrote it extensively and opened a month later. His first play, The Rivals, has kept people laughing since 1775. It’s quite an achievement for a man who was a Conservative in the House of Commons. We’ve moved the play from the Restoration to the Regency period, and it works just fine. Classic British comedy always adapts well to a new setting. I think it’s one of the silliest plays of all time, but it’s a treat to do this play, because it’s so much fun.” 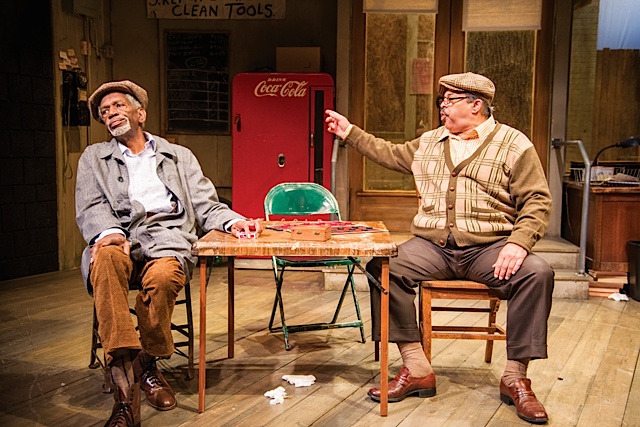 Penumbra Theatre, the nation’s flagship African American theater company, is reviving August Wilson’s drama of cabs, Pittsburgh, and the struggle to survive. It’s like settled science, so to speak, that Wilson (1945–2005) is the greatest American playwright of color. He developed much of his work in St. Paul, and Lou Bellamy, Penumbra founder, directed the second production of the play in the early 1980s.

Jitney is set in the late ’70s and is part of two cycles written by Wilson: The Pittsburgh Cycle, which denotes the setting of its plays, and The 20th Century Cycle of plays tracking African American experience during the decades of the last century. Bellamy directs this Jitney revival and he is widely considered to be the foremost interpreter of the Wilson canon. 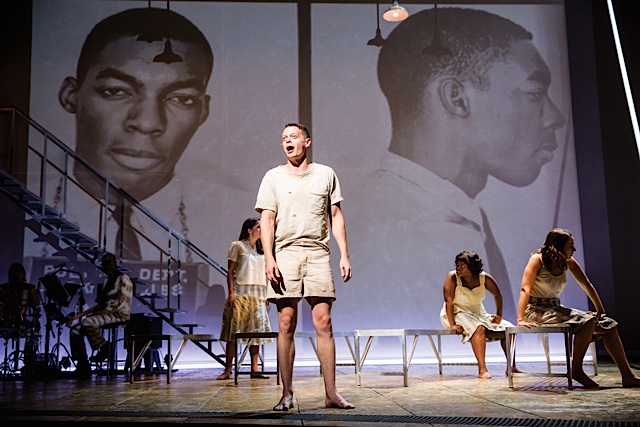 The Parchman Hour portrays a group of people of different races. It celebrates these idealist youths who journeyed by bus into the deep south in 1961 to protest racial segregation. Patricia McGregor has directed the Guthrie Theater production with an incisive vaudevillian style that suits playwright Mike Wiley’s polemical writing style.

A gifted ensemble shines with satirical glee as they relate the bigoted attitudes experienced in their travels. These Freedom Riders endure cruelties at the Parchman Farm Prison in Mississippi, not to mention a mob mentality at points during their trip. Numerous ironic scenes work effectively despite the unwieldy script. Carl Flink’s dynamic stage movement and wonderful vocals directed by Sanford Moore meld a visceral forcefulness into the whole occasion, a type of experience that one can only find in live theater.

The Parchman Hour puts forth discussion about the conflict between nonviolent civil disobedience and aggressive retaliatory action. But perhaps its timeliest aspect is how it addresses prison as embodying institutionalized abuse where prejudiced wardens and guards are granted free rein to vent their sadistic capacity onto those they see as lesser.

Talented live musicians enhance both the action and Tom Mays’s projections; projections rich in imagery pertaining to the actual 1961 event. Indeed, The Parchman Hour is a striking manifestation of a time and place. 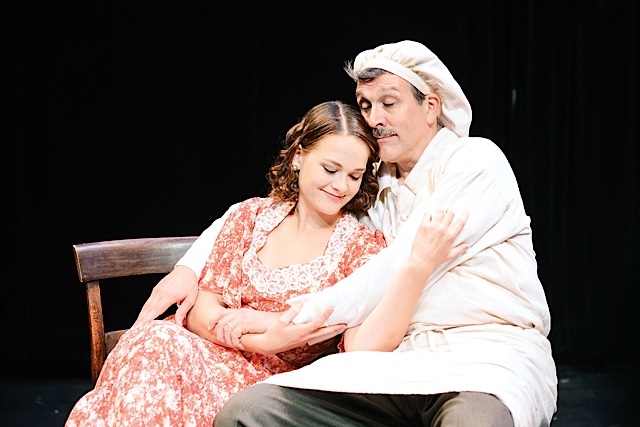 For millions, Stephen Schwarz is the favorite musical creator of our time. In the early 1970s he astounded with Godspell and Pippin, both of which have proved to be enduring gems. In 2003 he crafted Wicked, arguably the best big musical of the century so far.

However, a lesser known Schwarz work from 1976, The Baker’s Wife, is being revived by Artistry, featuring the luminous Bradley Greenwald. The show is best known for the tune, “Meadowlark,” and is said to have a cult following. The story involves a much needed baker in a small town whose wife is seduced by another man. This causes the husband to lose his will to bake, which creates a local crisis. And of course, romantic and social crises are ideal material for a musical.

Bertolt Brecht (1898–1956) hailed from Germany and looms as a playwright and theatrical innovator who feverishly questioned his social system. Frank Theatre has been the area’s most accomplished producer of his work and in such a political year it comes as no surprise that Brecht is being offered. In Brecht’s true Theater of Revolt spirit, the show plays at an on-site production which means that it is played in a space other than a regular theater: the vacant Rainbow Foods site at 27th and East Lake Street.

Director Wendy Knox shares, “The central character in Brecht’s parable (which is a clear critique of capitalist society) is a woman who is striving to do good in a world where everything conspires against her. The play asks us how can we do good and create a world that will sustain goodness? In this election season, where rules of the game seem to have been dismantled, it seems a good time to really examine that question. As the gods in the play tell us as they are departing, ‘Show interest in her goodness for no one can be good for long if goodness is not in demand.'” 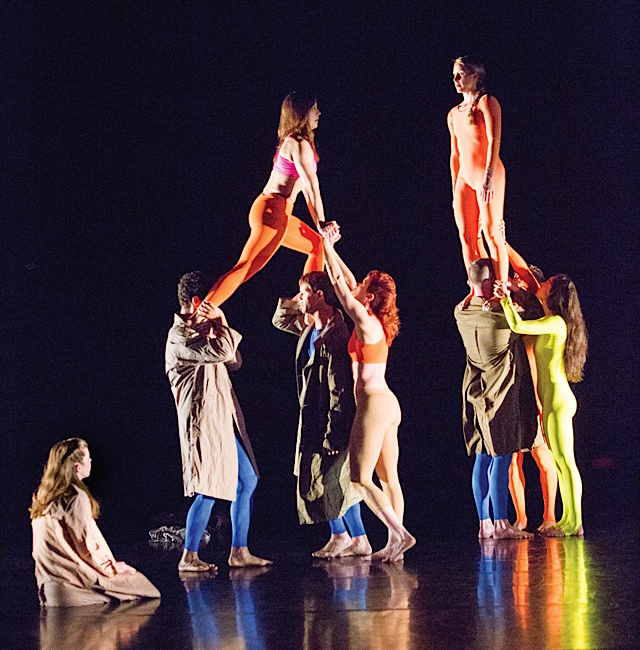 Zenon Dance is one of the region’s major contemporary dance companies and their annual dance concerts are major events. This year you can see work by choreographers Kendra Portier and Greg Dolbashian. Moreover, there is a heightened interest over someone who has developed a following locally: Dallas-based Danny Buraczeski. His acclaimed piece, Song Awakened, is being revived this year.

Dancer Mary Ann Bradley shares, “I am thrilled to be revisiting Danny Buraczeski’s gorgeous work Song Awakened. It was originally created by his company JAZZDANCE! after his visit to Cuba in 2001, where he studied Cuban folk dance forms. Set to the music of Portuguese-Creole soul singer Cesaria Evora, the piece feels as if you are moving inside a sensual island fairy tale. Last January, Zenon also toured to Cuba where we were treated to many inspiring performances of traditional Cuban music and folk dance. I look forward to bringing the richness of our shared experience to this beautiful work!”