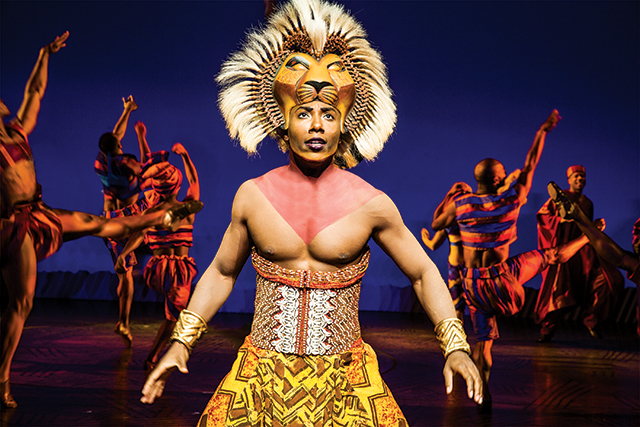 Vogue Moran was the name cisgender male, Wayne Mahon, gave himself when he began exploring sex and intimacy with transgender people. Hopefully, this groundbreaking documentary won’t be blacklisted by those who object to Mahon and the transgender people in the film who refer to themselves as transsexuals. Much of the film was shot in 2008 in Connecticut where Moran/Mahon is from and Leaving Vogue Moran reflects communities there and not the Twin Cities. It should be noted that in another fine trans documentary, titled What’s the T?, the transwomen interviewed are honest about the confusion around current terminology around trans identity.

The moniker, Vogue Moran, was inspired by Wayne’s obsession with comic books. By relating to superheroes he coped with insecurity, low self-esteem and self-image. This interest set him apart from others and has helped him cope with feelings of alienation.

When Wayne first went to a queer bar at age 18 he was very clear that he was not attracted to the uber-macho-appearing men there. However, he quickly realized that he was beguiled by the transwomen there. This gave way to his first sexual experience with a transwoman. Unfortunately, afterwards he felt terribly guilty.

Few films have delved into the issue of cisgender men who are not gay, nor who are attracted to cisgender women, but who are primarily attracted to male-to-female transgender people. Such men often live in their own sort of closet because they are afraid that the unenlightened will label them as gay. A recipe for ostracism. However, these men are of a wholly different type of sexual orientation in itself. Note that Wayne is not attracted to cisgender men, either gay or straight, but to transwomen.

To make matters worse, some such men exclusively attracted to transwomen do not accept those they are attracted to, hence, treating them like one-night-stand sex objects who must be shuttled out of the house early in the morning. They live within anxious internalized shame. Wayne saw this negative pattern in himself and bravely dealt with it. This documentary also contains comments from transwomen who receive the belittling brunt of these men’s internalized shame and embarrassment.

Leaving Vogue Moran shows Wayne coming out to his mother and father. His late mother was a true paradox as some of her comments about her son are quite nasty, yet she had compassionately thought through what trans folks are up against. Happily, his father was more understanding than he or his mother gave him credit for. The parents add great dimension to a remarkable film that will challenge assumptions. 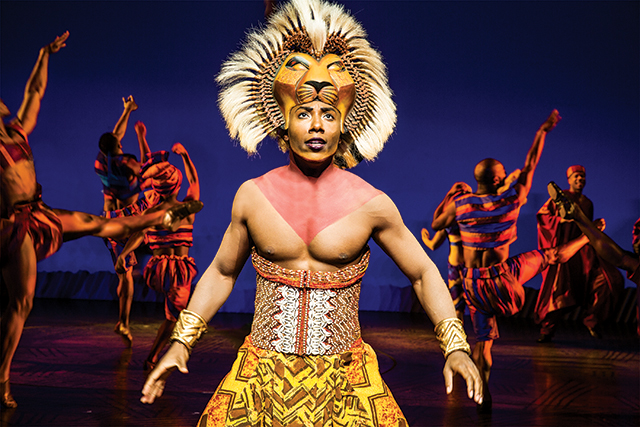 Director/designer Julie Taymor’s production of The Lion King was a groundbreaker when it debuted 19 years ago at the Orpheum Theatre in Minneapolis, three months before it opened in New York. However, two decades later it is still innovative in the realm of Broadway fare thanks to Taymor’s collaboration with designer Michael Curry. Few, if any, productions in the history of the Great White Way have made so many puppets central to their execution. There are a total of 200 rod, shadow, and full-sized puppets. Moreover, there is probably no Broadway show ever that has as many images and representations of wildlife.

Here is a breakdown of the multiple and multiplex representations you will see on stage: 100 ants on the Ant-Hill Lady costume, 45 wigs, 52 wildebeests, 39 hyenas, 14 lionesses, 12 bird kites, five bird ladies, one bird man, three zebras, two elephants, two antelope, one rhinoceros, one cheetah. There are a total of 25 types of animals, birds, fish, and insects portrayed.

There are not only 15 gazelles but five actors each wear a gazelle puppet on both arms and one is attached to their head. There are also six gazelles on the gazelle wheel prop and six representations of the Lion King protagonist, Simba, from babyhood to adult. 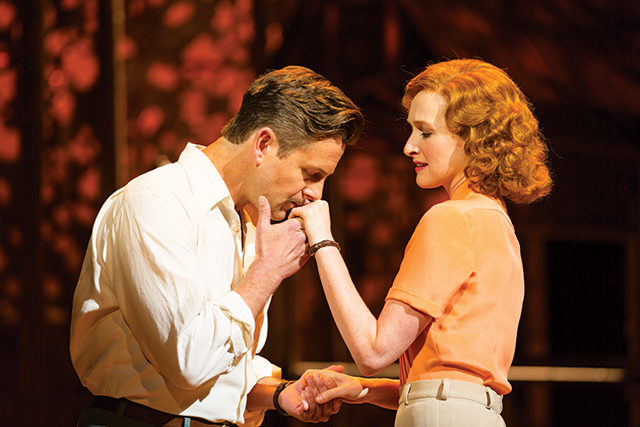 The Guthrie Theater’s artistic director, Joseph Haj, began his tenure last year. The summer revival of Rodgers and Hammerstein’s Pulitzer Prize-winning musical, South Pacific, is his first Guthrie musical that he, himself, is directing. It is an ideal choice for a man who feels so passionately about human rights. Anti-intellectual lefties will often reject out of hand anything that bears the name of the great musical creative duo, as well as the magisterially humane James Michener, whose book, Tales of the South Pacific, provides the basis. But in this case, they will be grasping for straws.

South Pacific addresses love between two people from two different western nations and languages as well as a supporting love story between a woman and man of different races, and the children whose welfare is a bonding element. The tune that speaks so powerfully of love targeted by discrimination is “You’ve Got to be Carefully Taught.” South Pacific was made into a towering 1958 film, just as the duo’s The Sound of Music, which also deals vividly with children’s humanity, was made into a towering film in 1965. 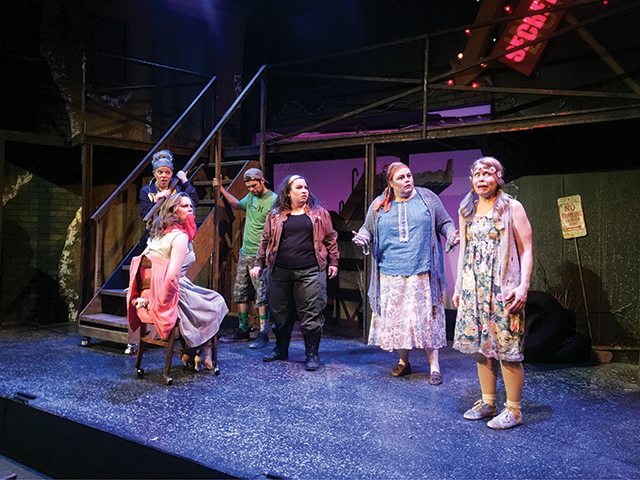 Joshua James Campbell is a dynamic musical actor who has taken the directorial reins of a major musical at one of greater Minnesota’s major playhouses. He shares, “Everyone sets Urinetown in the Dust Bowl era, but it’s about a dystopian future where there is a severe drought. So, instead, I set it in California 15 years from now and, sadly, that’s not too far-fetched. The show first opened in the first years of the 21st century and, roughly 15 years later, the issues feel strangely immediate: who regulates how people go to the bathroom, where do the rights of a government begin and end, what are the ramifications of a significant class divide? This show is coming to Theatre L’Homme Dieu form DalekoArts. I love Daleko’s mission to decentralize the arts scene in the Twin Cities; the company brings professional artists to New Prague and Alexandria expanding professional theater’s reach to greater Minnesota.”

Julie Dafydd is renowned as a GLBT community veteran columnist. She is also a theatrical artist of note, having won the regional Kennedy Center Award for Best Actress and Best Original Script for her autobiographical play, Soderville. Dafydd is now delving into the role of legendary Hollywood agent and power broker, Sue Mengers (1932–2011), in a joint area premiere production between Candid Theater Company and Lush. John Logan’s solo bio-play first played in 2013 in New York with Bette Midler.

I’ll Eat You Last: A Chat With Sue Mengers begins in 1981 when the agent has just been fired by Barbra Streisand’s attorneys. Dafydd relates, “She is waiting anxiously for Barbra to call her back. For the next 90 minutes the audience is treated to fascinating movieland stories and delicious gossip from arguably the most powerful super agent in Hollywood history. Sue’s lifelong obsession with movies and movie stars began as a fat, little German Jewess immigrant struggling to learn English primarily through screen legends Joan Crawford and Bette Davis in little fleapit theaters across Utica, New York.”

Dafydd points out, “A defining moment came early in her life when ‘the bravest thing she ever did’ was to cross the playground to speak English to the most popular girl in school. ‘Crossing the playground’ became a metaphor for her life as she courageously took on the big boys of showbiz and schmoozed herself into the lives of the world’s biggest stars.” Mengers said, “You want to be a thing, you make yourself that thing.”