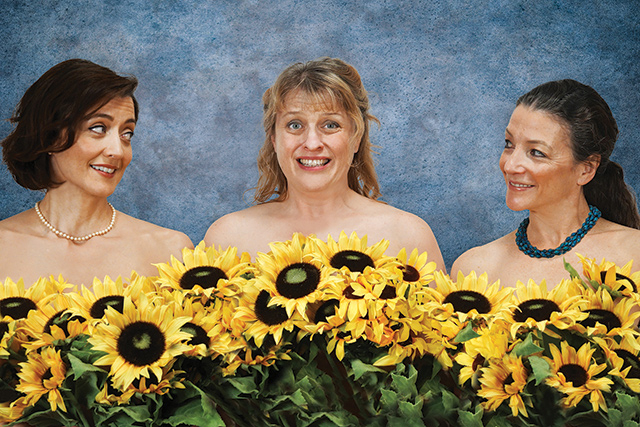 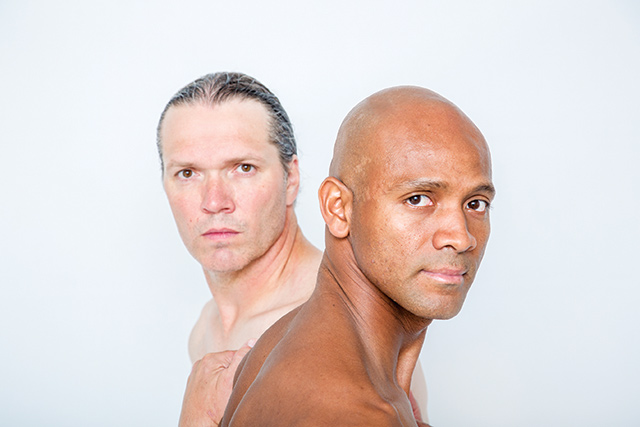 The Cowles Center for the Performing Arts has become the teens equivalent for dance what the Guthrie and Children’s Theatre were for theater in the ’60s. It has brought into striking focus how vast, layered, and multifaceted the Twin Cities dance scene is.

Two exceptional and very different dance companies with notable head choreographer/artistic directors are shaping the first Cowles collaborative dance project: the rigorously athletic Black Label Movement directed by Carl Flink and the Afro-Brazilian-based dance fusion of Contempo Physical Dance directed by Marciano Silva dos Santos. New collaborations between the two, as well as a presentation of one of each group’s repertoire favorites, can be seen in the Cowles space.

It is not only William Shakespeare’s most popular comedy, but A Midsummer Night’s Dream is the most popular comedy ever, period. What could be better than seeing it outside during midsummer? The Classical Actors Ensemble has shaped into a first-rate interpreter of the Shakespeare canon and they always get the nuance and feelings beneath the surface.

Director Michael Kelley shares, “Love comes in many forms: adolescent, passionate, mature, and all the emotions in the middle. In A Midsummer Night’s Dream we get to see all of these approaches to love played out in the visceral setting of nature. All the characters want something: Demetrius (Justin Hooper) wants Hermia (Marika Proctor), Helena (Hannah Steblay) wants Demetrius, Bottom (Art Moss) wants all the parts, and Puck (Timothy Daly) wants to mess it all up. The play is driven by the extremes of what people want. Everyone is driven to something in the play but there’s a wall in front of it. However, it is a comedy, and by the end we get to see the energetic, fun, and comedic way those walls get torn down!” 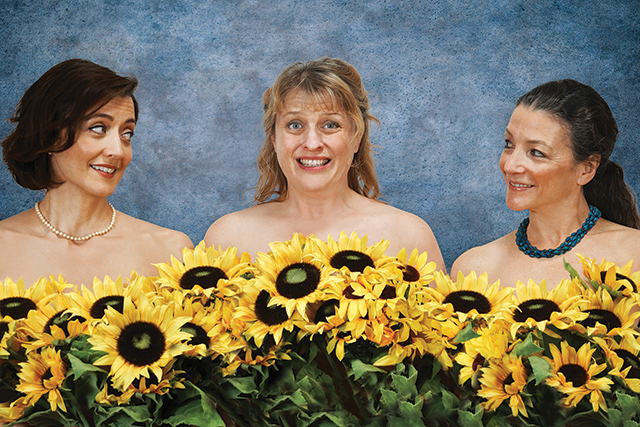 Nudity has been regarded as judgmentally synonymous with sex by tens, if not hundreds, of millions of people. And those same millions see both as something to be ashamed of. That means if you rightly point out that we shouldn’t be ashamed of our bodies, you can be sure that someone will insist that you are pushing sex. You can even be stigmatized just for saying it.

Of course, there were ancients who thought the body reflected the divine. Indeed, many still hold this view, though they come up against scorn and mockery. Recall when $8,000 was spent in 2002 to cover the Department of Justice’s nude statues.

In Calendar Girls, Tim Firth’s play based on the 2003 film, a group of women grapple with nudity issues when they rally behind a friend who has suffered a loss. They are confronted with both societal and self-induced judgments when they agree to pose nude for a calendar in order to benefit a charity. Using clever positioning with flower arrangements, knitting projects, and cakes they are able to avoid full frontal.

A stellar cast thrashes out differences between the women. Laurel Armstrong’s Cora doesn’t suffer the inhibitions as does the group’s uptight leader played by Julia Cook. Karen Weber is a society lady, in contrast to Anna Hickey as Elaine, a flirtatious young hairstylist.

Director Mary Finnerty says Calendar Girls “celebrates how deliciously human we are while also revealing how incredibly generous we can be when one of our own is in need of hope. The movie is fun, but the play is so much better. It is a charming, hilarious and moving portrait of the depth of female friendship. The characters are more fully drawn and each woman conquers some fear or challenge to be photographed in the nude and to weather the fallout which follows.” 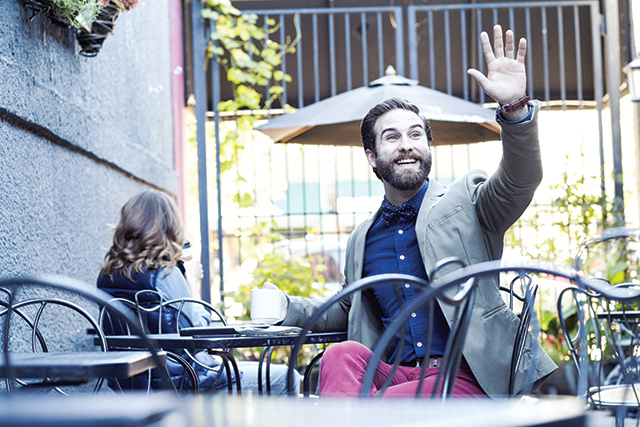 Chicago playwright Philip Dawkins has become an American playwright of consequence. His comedy, Charm, recently produced by Mixed Blood Theatre, penetrates the contradictions and challenges of being older and transgender, as well as volatile dynamics among queer youth. Dawkins’ other recent comedy, Le Switch, now runs at the Jungle Theater.

In Le Switch, he examines generational differences between gay men in this brave new era of marriage equality. Put in context with Charm and another Dawkins work, The Homosexuals, it gives further evidence of the playwright’s multi-dimensional queer overview.

Jeremy Cohen has directed Le Switch for Jungle Theater. He shares that “by setting the play in both 2012 and 2014 — in acts one and two respectively — Philip has truly landed these characters right in the middle of marriage equality starting to pass, state by state, around the country. One of the extraordinary lenses that Philip gives to the audience is three different generations of gay men who have lived through some deeply historical moments in gay history. The oldest is in his 50s, which means that, there in NYC, he watched as all of his friends died around him in the ’80s; and he himself was in a 25-year relationship that ended when his partner dies of cancer six months before the play begins.'”

Cohen continues, “On the opposite end of the spectrum, the youngest character is 23 and talks about ‘never having had to come out’ and he lives through a more expansive queer identity that doesn’t exclude the idea of marriage solely as an antiquated, obsolete institution. Smack in the middle are two men very much straddling these two narratives: one who, on the night marriage equality passed in New York, decides to marry his boyfriend of barely a year, and the other who spends the play quite torn, and wrestling with the many of the mythologies that he created based on where and how he grew up, and that have calcified over the years.”

In summation, Cohen states, “As with many great artists: Philip puts the myriad equations on the table, and with quite a deft pen, paints with great detail the challenges that await anyone who has ever, or is currently, contemplating these ideas.”

The Twin Cities looms as one of the continent’s major theatrical metropolitan areas. Since the inception of the Guthrie and Children’s Theatres in the 1960s, new commercial, experimental, and in-between theaters have continually added to the mix. Not to mention some that predated the 1960s.

Peg Guilfoyle has brilliantly observed the Twin Cities scene over decades. A stage and production manager for iconic and controversial Guthrie artistic directors Liviu Ciulei and Garland Wright, she understands the infrastructures and processes unique to the various crafts involved in theatrical art.

Her remarkable book, Offstage Voices: Life in Twin Cities Theater (Minnesota Historical Society Press), is a must for anyone involved in show business or not. This sparkling and engagingly readable overview tells you who the scene’s major players are; rehearsal process details to interest both professionals and laypersons; why we are a destination for those wanting to make a living in theater; and insights about numerous smaller theaters, including thoughts of some of their core artists.

One often hears people say offhandedly, “What a great theater town!” And that’s terrific. But Guilfoyle gives us a scrupulous and exciting examination of just what that actually means and involves.