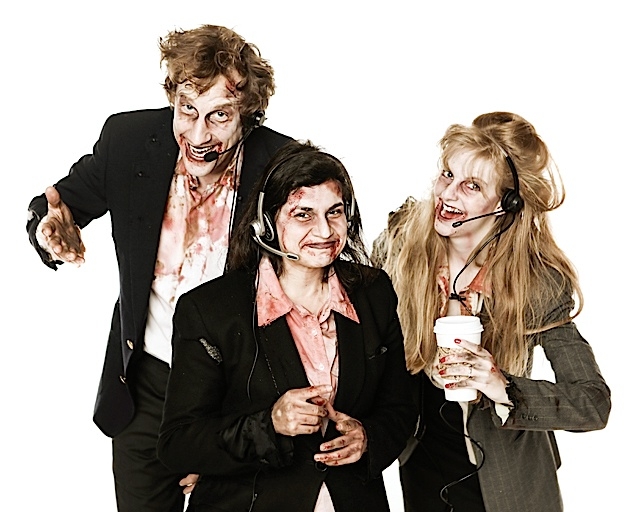 Who Has Eyes to See
Through May 7
Andrew Riverside Presbyterian Church, 403 SE 8th Ave., Minneapolis
800-838-3006
www.brownpapertickets.com

Shannon T.L. Kearns has been channeling trans experience into dramatic form in a way that sure sounds interesting. Kearns relates, “I’ve been out as transgender for a decade now and in that time, while transgender visibility has grown exponentially, there still haven’t been many stories told by transgender men about their own experiences. Not only that, so few stories are told that show transgender men as multifaceted people who are worthy of love. I wanted to tell a story about a complicated family, one where Jamie (played by myself) is part of the story but not the entire story. The relationship between Jamie and Alison (Ashley Hovell) is one that has rarely been seen before, one filled with struggle, but also love and support. The relationship between Jamie and his mom, Catherine (Susan Dempsey) is one that will resonate with transgender people whose parents have struggled to accept their identity. ”

Kearns continues, “Rounding out the family is Emily (Kira Pontiff), a young woman trying to understand not only her place in the world, but her place in her family. Jamie and Emily are both figuring out what it means to be adults and stand in their own truth. I wrote the story that I needed to see and offer it in the hope that it will not only inspire empathy and understanding in folks who might not be familiar with transgender people and their experiences, but also as a bold statement that transgender people can and will tell their own stories.” 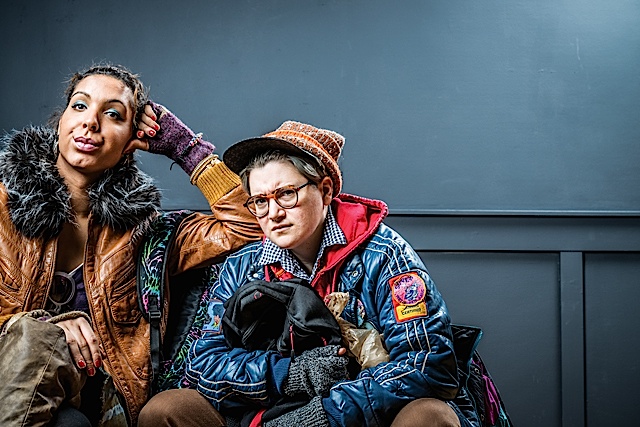 Chicago’s Philip Dawkins, a playwright for queer content, has been taking his home town by storm, and this year it’s Minneapolis’s turn, with Charm at Mixed Blood, Le Switch at the Jungle, and Dr. Seuss’ The Sneeches at the Children’s Theatre. Charm is inspired by the real-life person of Mama Gloria Allen, a volunteer at the Center at Halsted in Chicago. For many of us across the age spectrum, the Halsted Street area is synonymous with queer, and is a destination in the same way Castro Street is in San Francisco and Christopher Street is in New York.

Mama Gloria Allen has nurtured, mentored, and supported impoverished and struggling youth with a range of sexual orientations and from transgender to cisgender. Mama Gloria herself states that the play is about adding “charm-ness” to one’s self. Mixed Blood’s production features Mizz June as Mama Darleen, based on Mama Gloria Allen. This production also includes Jay Eisenberg, star of last year’s Mixed Blood trans hit, Hir.

Director Addie Gorlin shares, “While the play addresses the clunkiness of progress and contemporary gender politics, it is ultimately about our collective humanity — that, no matter who we are, we unanimously share a desire to be seen, cared for, and loved.” Charm is also another example of Mixed Blood’s ongoing focus on plays that deal with queer issues from a very up-to-the-minute viewpoint.

Women playwrights of recent decades have come to signify weighty social and gender consciousness that packs a real punch. Lynn Nottage and Sarah Ruhl, for example, have written powerful comedies that sharply confront the audience about things like sexual repression and structural racism in Old Hollywood. Obviously, these are substantive achievements and it’s great to be living in a time where such issues are discussed openly from a female perspective.

But I think we must remember that a woman doesn’t necessarily always have to have strongly stated views to make a play work brilliantly. It’s very easy to dismiss Harvey by Denver journalist Mary Chase (1906–1981) as an unimportant piece of fluff. But au contraire! There’s a reason why this amusing, seemingly “safe” play continues to appeal to a wide audience.

Chase’s 1945 Pulitzer Prize-winner is a glowing triumph of the imagination. The main character is a giant rabbit who invades the ordinary world of ordinary Americans like an expanding of consciousness itself. The fantasy world that is now commonplace in film, television, and “magically realistic” stage, owes incalculably to Chase, proving that fantastical ideas can and will be accepted by an adult population. She draws from her Irish roots a Celtic fairy figure known as the pooka and comments whimsically on mental illness and institutions. No, it’s not One Flew Over The Cuckoo’s Nest, but Harvey is sterling evidence that gentle humor put into play form by a masterful pen can prod us to look at serious social concerns and numinous mystical ideas. Even pagan ones! 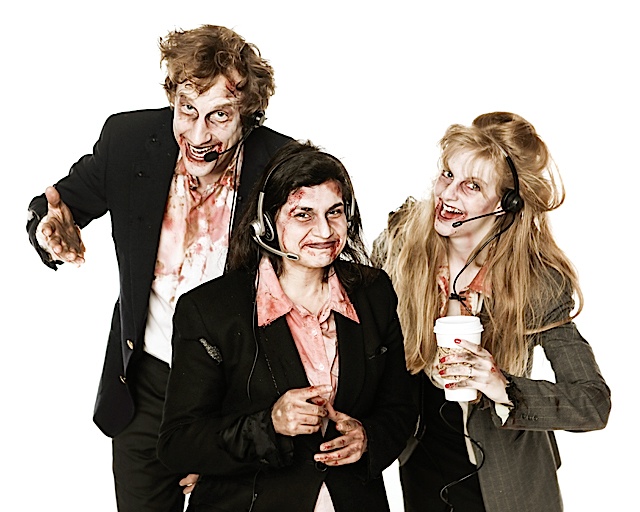 As someone born in the midsection of the 20th century I was told, as most of us were and still are, about how thoroughly I was conditioned by my family (parents especially) and then by my schools. Of course, there is legitimacy in those assertions, but as someone who joined the workforce early on, I can tell you that the workplace was and remains profoundly consequential to my whole way of existing and perceiving. It seems that psychiatrists and psychologists give this reality short shrift, but the region’s premiere comedy theater, the Brave New Workshop, has begun an inquiry into this and I hope they continue to explore it in future revues.

The company-created The Working Dead, snappily directed by Caleb McEwen, is first and foremost a truly contemporary vision with rap, thoughts on how we ostracize smokers, how germs by those around us can seriously affect our well-being, and sick days. It revolves around a company called Dynocomuglobaltech, having morphed twice over from a company originally called Fingerhut, which of course, got a huge laugh from the boisterous audience the night I attended. Human happiness can be seriously compromised by mind-numbing routine and synapse-streamlining in service of tyrannical corporate gods and goddesses. So no wonder it sometimes seems like workers behave like zombies.

The division between a devout Jew and her secular cousin makes for juicy conflict in Joshua Harmon’s acclaimed hit comedy, Bad Jews, at Minnesota Jewish Theater. Daphna (Miriam Schwarz) is a rabbinical student with an Israeli boyfriend. She is what’s called in her community a “Super Jew.” Her cousin, Liam (Michael Hanna), is disinterested in Judaism but secures a religious ornament used by their late grandfather. This understandably sets off Daphna, who has developed a deeper sense of the sacred. Worse yet, Liam missed their grandfather’s funeral while he was skiing in Aspen.

Aside from the fact that this play itself has impressed audiences in other cities, it seems to be a great role for Schwarz; if you are unfamiliar with this sparkling young actress, here’s your chance to see her in a role that promises to be perfectly suited to her. She reminds me of a young Barbra Streisand and was named Lavender‘s Best Supporting Actress last year for her performance in MJTC’s terrific Jericho. Moreover, Bad Jews points to a harsher level of friction between Jews themselves. Ironically, Schwarz played the Jewish woman in Jericho who fiercely opposes Zionist zealousness. Here we get to see her play the opposite. To MJTC’s great credit, they are airing a major conflict within their community that affects us all.