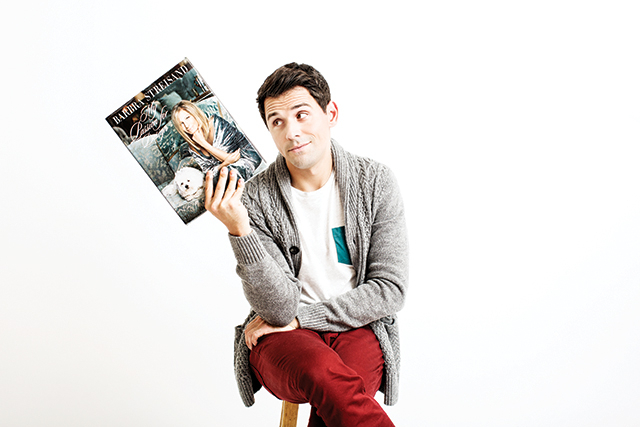 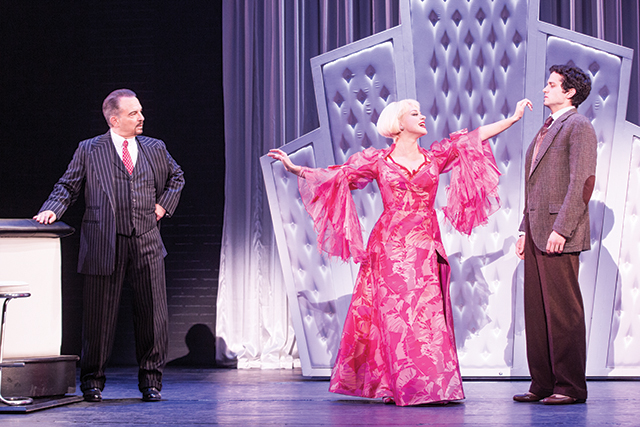 The musical stage version of the classic Woody Allen film comedy is on a national tour. Director Jeff Whiting says about the production, “The timing of the stream-of-conscious has to be just right to set up the punchline of the joke. Every element of the show needs to feel authentic — authentic to the period and the types of people who inhabit our world — and finding authentic humor has to be timed and shaped with highs and lows in order to ride the waves of the audience’s response. As the saying goes, ‘Dying is easy, comedy is hard’ and Bullets Over Broadway gets both wrapped in one.” 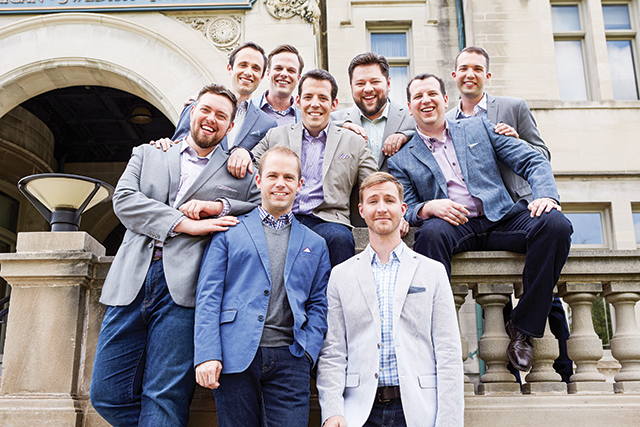 Cantus Spring Concert: Would You Harbor Me. Photo by Curtis Johnson

The brilliant men’s choir steps up to the plate to address the problem of homelessness with their gorgeous vocals. At various Twin Cities locations you can meld into the beautiful sound with four new compositions by American composers: “Echoes” by Daniel Elder of Athens, GA., “Ffe Mwe, Mwe Ffe” by Joan Szymko, “Gagot” by Sydney Guillaume, a piece sung in Haitian and Creole, and “Keep Us Whole” by Linda Kachmeier.

Tenor Zachary Colby shares, “This concert is especially meaningful because it allows audiences to engage in issues they think they won’t encounter but really, these challenges can happen to anyone, even you and me. Music can be a great equalizer that helps us feel compassion and empathy for those we may feel we know nothing about.” 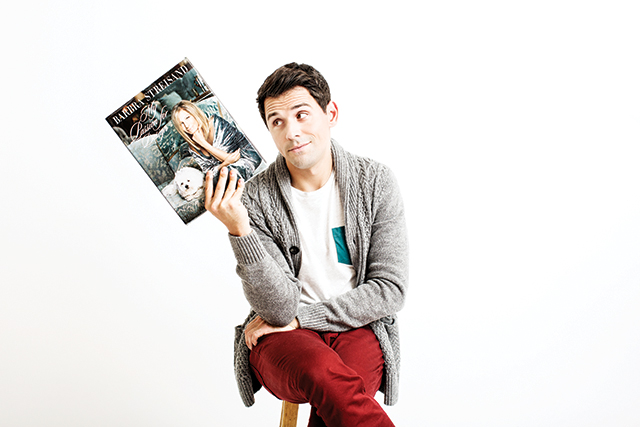 Barbra Streisand looms as a cult figure for gay men. In Jonathan Tolins’s play, a man is hired to look after the stuff in her Malibu basement, which is actually a shopping mall. Sasha Andreev plays the solo role of Alex More, a struggling actor in Los Angeles. He shares, “I didn’t know much about Barbra before I became involved with Buyer and Cellar, aside from a couple of movies my stepmom made me watch as a kid as a part of my Jewish heritage. After prepping for this show however, I must admit that I’m a convert. Her body of work is astounding, and having to ‘be’ her in the show, I understand where she comes from when she’s accused of being difficult. (She just really cares.) The play taps into the mystery of Barbra’s life, as a public and private figure. It reveres it, scrutinizes it and pokes a little fun. There are many hidden gems referencing famous lines from movies and songs, and plenty of humor and sarcasm to satisfy both the Barbra lovers and the cynics. Hopefully you’ll walk away feeling like it was ultimately a Barbra celebration.”

In this 400th Anniversary of William Shakespeare’s death and in our own time of political turbulence, we should reflect on those wise voices of the distant past who remind us that the patterns that understandably get under our skin are, by and large, nothing new. In Shakespeare’s own time of political regime change, the conspiratorial murder of a beloved Roman general, Julius Caesar, spoke to its own later Elizabethan time, and it speaks to our time as well.

Randall J. Funk is directing a Shakespeare play that has broad appeal and always has. If you think you are not a Shakespeare person, then check out this production. Funk shares, “In an election year, we’re asking ourselves not just what candidate we’ll vote for, but what kind of society we wish to create and to live in. It’s the kind of meditation that perfectly accompanies a play like Julius Caesar. Are we willing to sacrifice our freedoms for the assurance of a strong and protective government? Can we uphold certain ideals in a world of practical politics? With political candidates using the rhetoric of fear and anger, it’s impossible not to hear echoes of it in Antony’s funeral oratory. In contrasting ideals and practicalities, freedom and security, emotion and intellect, Julius Ceasar is a political meditation not only for its time but also for ours.”

Two of the Twin Cities’ most charismatic young actors star. Brutus, actually the protagonist of Julius Caesar, is played by Neal Beckman and Mark Antony by Daniel Joeck. The play runs in repertory with Shakespeare’s grisly Macbeth directed by Joseph Papke, with Michael Kelley and Hannah Steblay who was so terrific in the title role of CAE’s The Duchess of Malfi in 2014.

The nuclear family norm seems to be hardwired into our species, or at least a big portion of our species. Polygamy often is deemed as oppressive toward women and toward younger men who lack the resources that older men have to sustain a lifestyle supporting several wives. However, in recent years, polyamorous relationships have existed and have been possible much more successfully than we realize, though few polyamory practitioners profess their way of living because of fierce social prejudice. That said, there is more discussion nowadays about polyamory and Carson Kreitzer’s play, Lasso of Truth, sheds light on it.

Leah Cooper, who is directing it for Walking Shadow Theatre Company and Workhaus Collective relates: “Lasso of Truth is based on the real life story of William Moulton Marston, the creator of the Wonder Woman comics and the lie detector machine, his wife Elizabeth, and their lover, Olive. All three lived together in a happy consensual polyamorous relationship throughout the ’30s and ’40s until his death in 1947. They had four children together, two by each woman, and the two women lived together, raising the children, for the rest of their lives until Olive’s death at 80 years old. In the play we see this relationship develop and evolve as they explore an open-minded approach to love and sensuality, as well as bondage, dominance, and submission. Both women were the inspiration for the Wonder Woman character and Olive wore bracelets much like Wonder Woman.

A dream team plays Lasso‘s trio: Annie Enneking, Meghan Kreidler, and Stephen Yoakam. As progressive as the Twin Cities theater scene is, polyamory is a subject that hasn’t been explored on local stages. Harold Kahm’s The Crowded Bed is perhaps the best known.