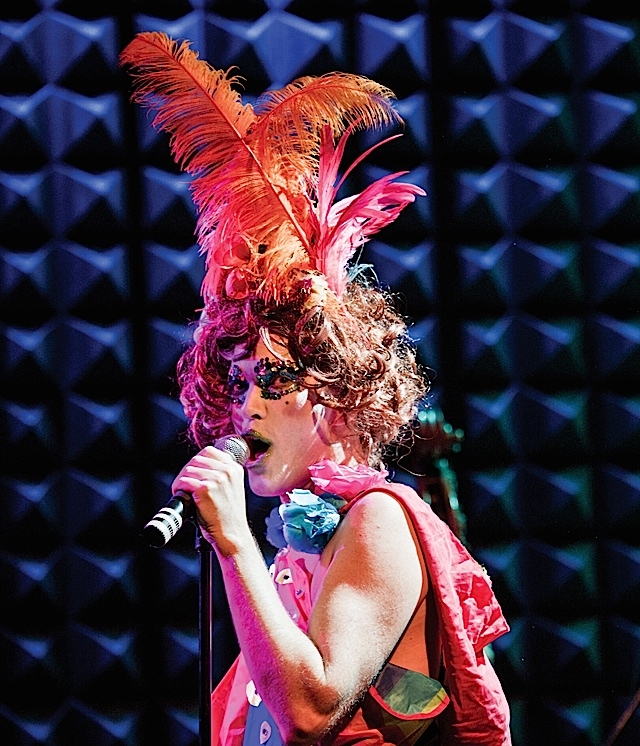 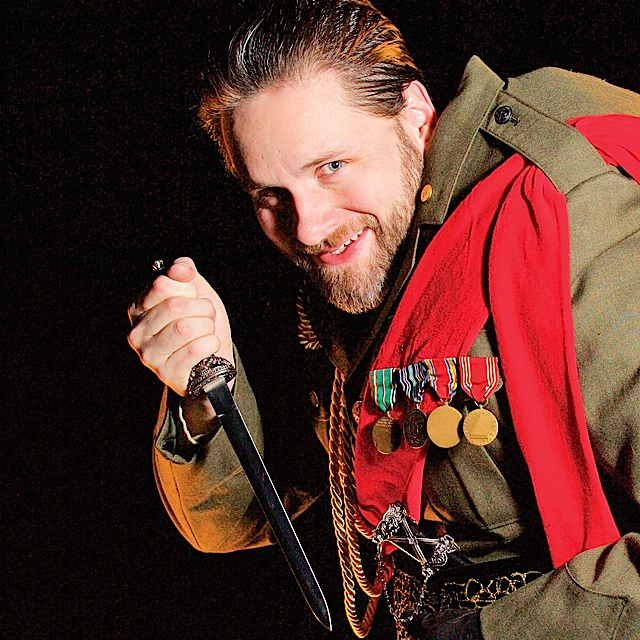 Over the past several months we’ve seen a strong interest in William Shakespeare’s plays about England’s royal history. 10,000 Things produced a terrific all-female production of Henry the IV, Part I and the gorgeous restored reissue of Orson Welles’ masterpiece, Chimes at Midnight, has drawn keen interest. Theatre in the Round Players, no stranger to Shakespeare, is offering perhaps the bard’s most inherently entertaining take on royalty, Richard III. Bear in mind, that just like modern film, Shakespeare took liberties with history, too.

That said, Richard clearly was a man with a bloody mentality and he shed a lot of it to claw his way up to attain the throne. As you may expect, he was not necessarily a good leader. Ambition and ability don’t necessarily go hand in hand. TRP is accomplished in its Shakespeare work. Lucas Gerstner plays Richard. And the play also has some juicy queenly roles which are played by two topnotch actresses: Meri Golden and Tina Frederickson. 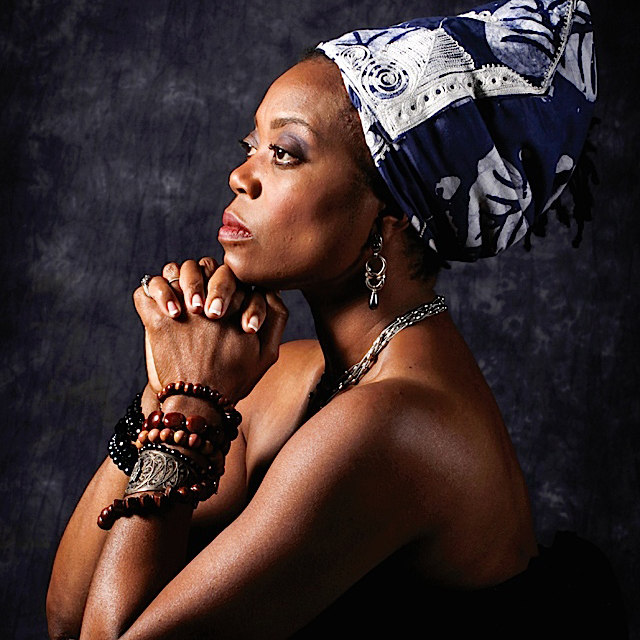 Christina Ham is an intensely socially conscious playwright unafraid to take on big themes. She researches and thinks through the dimensions in ways that translate to stage quite powerfully. For her new piece on activist singer/songwriter Nina Simone (1933-2003) she notes that “playwright Lorraine Hansberry mentored Ms. Simone to a more radical way of thinking (turning her to such concepts as Marx, Lenin, and revolutionary politics) than she had previously even imagined that eventually catapulted her to her outspokenness by 1963 with the writing of Mississippi Goddam after the 16th Street Baptist Church bombing. I had no idea that Ms. Hansberry and Ms. Simone were such close friends and it was exciting to recognize how these artists that I admired came together to tackle the racial inequality issues in America through their art.”

Ham was inspired by Simone’s quote: “An artist’s duty, as far as I’m concerned, is to reflect the times.” Ham sees the bombing as the defining moment when “Simone’s career shifted from supper club chanteuse to civil rights firebrand who now wanted to create music that was revolutionary and would inspire her people in the civil rights struggle. What would be the cost of this shift as an artist?” Faye M. Price directs. Regina Marie Williams plays Nina Simone. 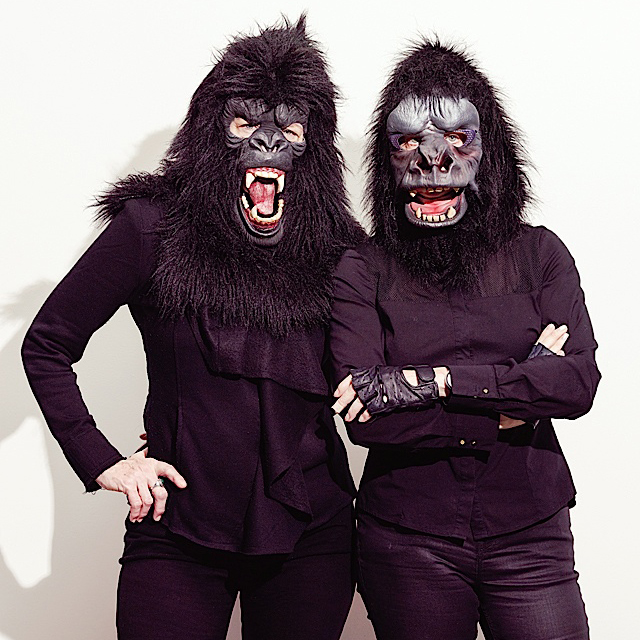 In 1984, the pre-eminent and taste-making Museum of Modern Art featured a contemporary exhibition titled An International Survey of Painting and Sculpture. Out of 169 featured artists, only 13 were women. Worse still, the curator made remarks that actually belittled those not featured. This injustice compelled a group of anonymous female artists to conduct actions and exhibits to the contrary. They dressed in gorilla outfits to conceal their identities.

Hennepin Theatre Trust is offering a fun opportunity to check out Guerrilla Girls exhibits and events around the metro area. The Walker Art Center is featuring an exhibit of poster art of the GGs ranging from 1985 to 2012.  What is worth noting is that in the 1970s, as one of the founders has pointed out, more women tended to be shown at major venues than in the ’80s. The ’80s was also the decade when the far right took aim against publicly funded art. 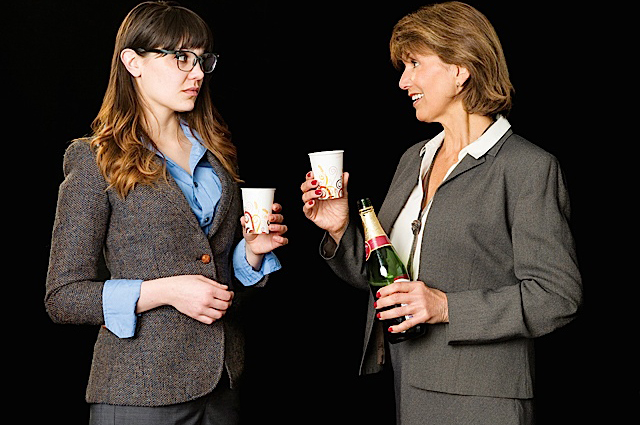 The How and The Why. Photo by Richard Fleischman

Theatre Unbound has made one of its most interesting play selections in recent years. Sarah Treem’s The How and the Why has enjoyed acclaim and affection in different parts of the country. As Unbound director Shelli Place puts it, “Who knew that science could evolve into serious comedy? Two evolutionary biologists, Zelda (Caroline Kaiser) and Rachel (Molly Pach), use their intellectual energy as a catalyst to navigate a newly discovered relationship. Their passion and commitment to science illuminates the gap between feminists of two generations, resulting in smart and spirited repartee.”

Treem is an ideas-driven playwright who presents concepts like the “grandmother hypothesis,” which stresses the importance of older women in homo sapien development. She also looks at emotional costs such as the lonely road of being a thinker with a purpose. Treem has written for the top-tier television programs In Treatment and House of Cards. 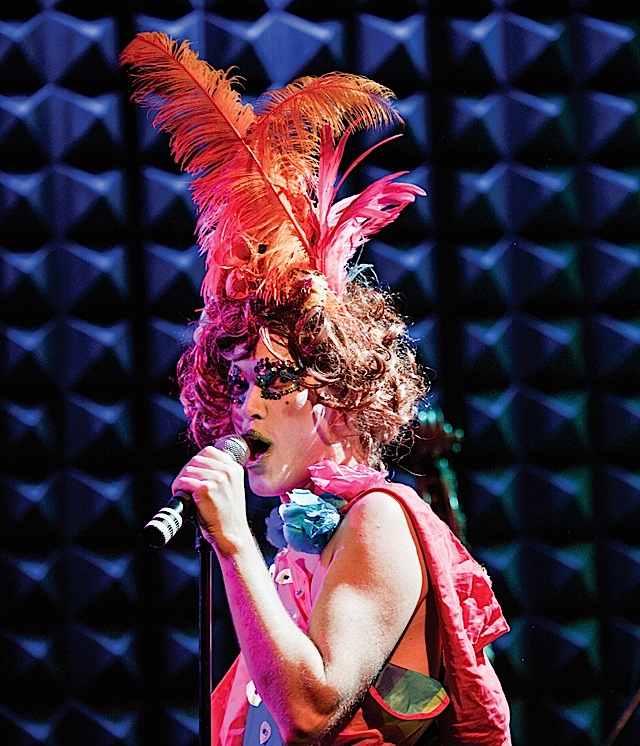 Taylor Mac has taken the queer wing of the American theater scene by storm and will perform live on the Guthrie’s proscenium stage. Regarding this original piece, Mac shares, “I suppose I’ve been subconsciously kicking around the idea for A 24-Decade History of Popular Music for many years. I can pinpoint the catalyst to an AIDS action I attended in 1987. The action was a profound experience for me, a fairly isolated suburban queer kid who had never met an out-of-the-closet homosexual, as I was suddenly exposed to thousands of queers. What has stuck with me from that day was experiencing a community coming together in the face of such tragedy and injustice and expressing their rage (and joy at being together) via music, dancing, chanting,  and agency. Not only was the community using itself to destroy an epidemic but the activists were also using a disease, their deterioration, and human imperfection as a way to aid their community. In many ways, my entire career has been about reenacting this experience on the stage, in one form or another, but a couple years ago I decided to consciously go at it. The result is a durational work that explores the various ways imperfection can foster a community.”