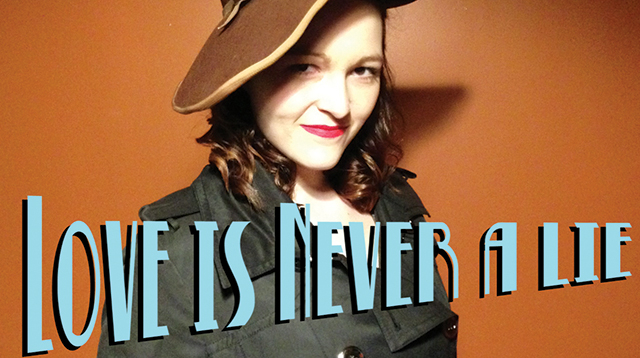 Love is Never a Lie. Photo by Jenna Papke 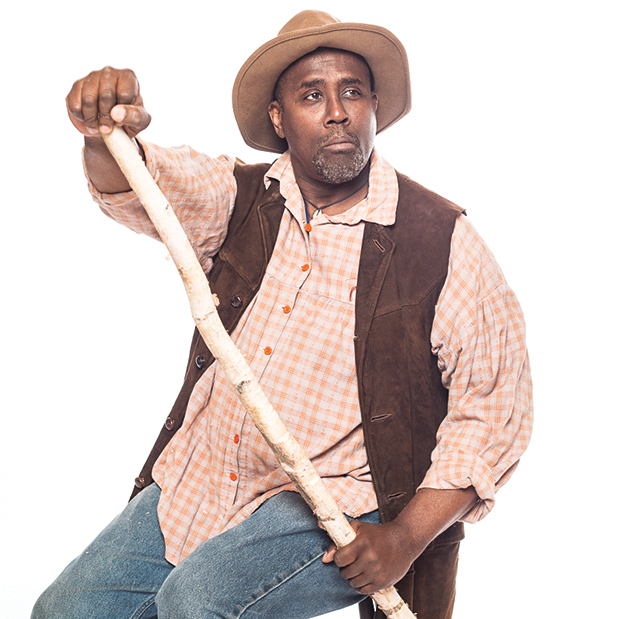 It’s 1837 and Boundary Waters voyageur George Bonga is tracking down an Ojibwe warrior believed to have killed a white man. Accomplished historical playwright Carlyle Brown shares, “What interested me about George Bonga was that he was a black man who, except for his brother, had no other black people in his world. He was half-Indian among Indians who considered him a black-white man because he lived like a white man in a white man’s world. In a world where many a man was a legend, he was the most legendary. He struck me as a man who was a metaphor for what it means to be different. To be inside, outside, and on the boundaries and cross cultural crossroads of different worlds.” 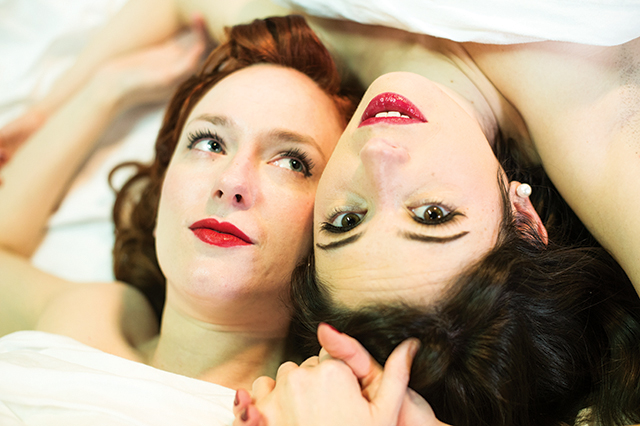 Savage Umbrella has a gift for historical research, visceral drama, and is perhaps the most literate of the more recent younger Twin Cities theaters. They are a theatrical force to be reckoned with. Their current work, June, reflects the 1950s lesbian scene. Emily Dussault, Leslie Vincent, and one of queer theatergoers’ favorites, Meagan Kedrowski, are among the accomplished cast.

Conceiver-director Hannah Holman calls June “a story about a place in time. By playing the juxtaposition of realism and magic through poetry, movement, and music, we hope to open conversations about the nuances of human connection and identity. The historical landscape of late 1950s lesbian social culture has created a playground for characters to explore rules, restrictions, freedom, and the push-and-pull of human connection. We’re pulling from lives real and imagined; past and present; hilarious and heartbreaking. We’re simultaneously leaning into and pushing against recognized tropes and traditional structures, such as pulp fiction, television period drama, masculine plot structure, and works about the complications of impending war.”

It’s been too long since we’ve seen the great camp playwright Charles Busch’s work done by a major Twin Cities theater. Thankfully, Minnesota Jewish Theatre is mounting a revival of one of his best: The Tale of the Allergist’s Wife directed by Warren C. Bowles, featuring Sally Wingert. If you were a local theatergoer in the late 20th century you may recall that the Unicorn Theater, the primary queer theater, made Busch’s hysterical Psycho Beach Party one of their cash cows.

Busch is a legendary drag artist with a gift for camp that excels, in the vein of those gay playwrights with a joyously mischievous view of women. The role of Marjorie Taub is one of the juiciest comedic female roles in contemporary drama. Her midlife crisis, her self-doubt, and self-pity override her husband and her mother until the arrival of a mysterious childhood friend. A great role for Wingert. 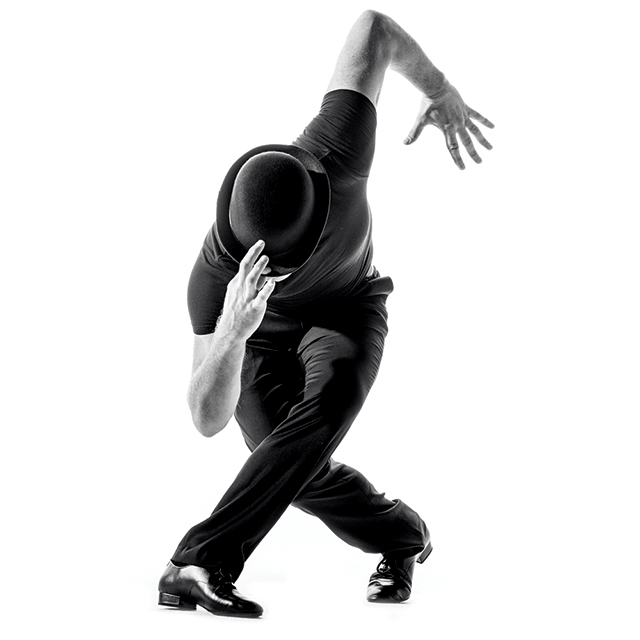 A Chorus Line looms as a musical that changed the way we see musicals. When it won the 1976 Pulitzer Prize and Tony Award, some criticized that it was shaped by taped interviews of actual struggling dancers, as if it cheated and wasn’t a truly organic work. However, James Kirkwood and Nicholas Dante crafted a book and Edward Kleban wrote lyrics that cut right to the jugular of that struggle. Blended with Marvin Hamlisch’s exhilarating score, it audaciously laid lives bare, including that of Paul.

Actor Omar Garibay points out that Paul’s story is one queer people can often relate to: “growing up being picked on in school, being rejected by family, feeling less than, different, ashamed, and alone. I, too, felt many of those things growing up, but there is something truly beautiful about his story, something that I draw strength from and strive to convey every night I step out on the stage. There is a moment in his life when I believe he finally came to terms with who he was and not only learned to accept himself but to love himself and be proud of the man that he was. My favorite line of the Paul monologue is when I get to say ‘you know there are a lot of people in this world who don’t know how to be men, and since then I find out that I am one.’ To realize that being a true man is not to conform or fit into society’s stereotypical hyper-masculine idea of what a man should be, but rather to face life and adversity with strength, courage, and pride — that’s what it truly means to be a man.”

You’ve been living under a rock if you are unaware of how Britain’s re-drawing of borders in the Middle East at the end of the Ottoman Empire was consequential for the chaos that has plagued the region in recent years right up to today. Gifted playwright Trista Baldwin (Patty Red Pants, American Sexy) has written a new work about a British woman for all seasons, Gertrude Bell (1868–1926). Workhaus Collective presents the world premiere starring Annie Enneking who recently wowed audiences in Latte Da’s Lullaby.

Baldwin expresses, “I was blown away to discover that the borders of today’s Iraq were drawn up by this eccentric Victorian woman, Gertrude Bell. How strange! I had to find out more, and I had to write a play to tell people what I found, because it’s really not what I expected. I expected her to have been a real colonialist but she was on her own independent quest for what she called Personhood; something she did not find in Britain. In her drive to experience life to the fullest and be seen as a Person, she ended up having, accidentally, a huge political impact on the Middle East. Her culpability in what Iraq is today, and her successes and failures in achieving Personhood and Self Determination for both herself and the Arab people is what this play digs into.” 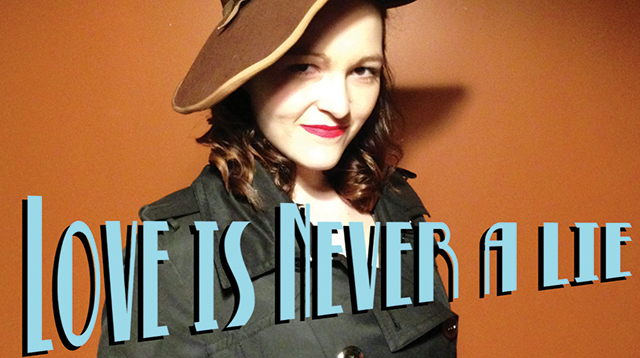 Love is Never a Lie. Photo by Jenna Papke

Jenna Papke has shown herself to be a gifted stage director. She has now written a play that runs at Phoenix Theatre. Love is Never a Lie blends romance with espionage and queer content. She shares that “the dialogue is informed by the witty comedies of Cary Grant and Katherine Hepburn, and the style has an eye to classic noir. Meredith Larson plays Cynthia Debrett, a role that was written for her, quite literally, but Cynthia was also written for everyone confident in their abilities, but not in themselves. It’s a love story, not only in the plot, but for every awkward, brilliant, and wonderful human who has ever loved someone they believed impossibly out of their reach.”