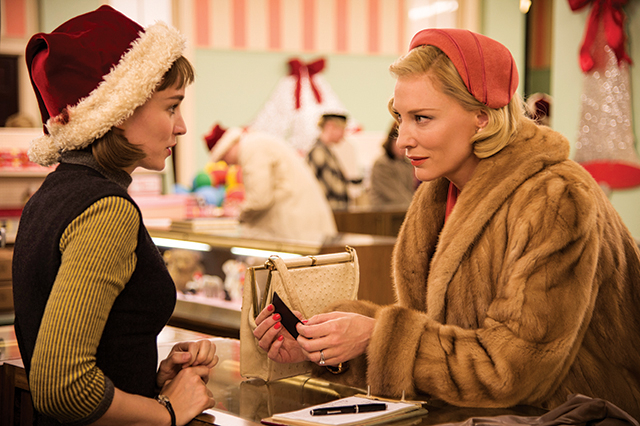 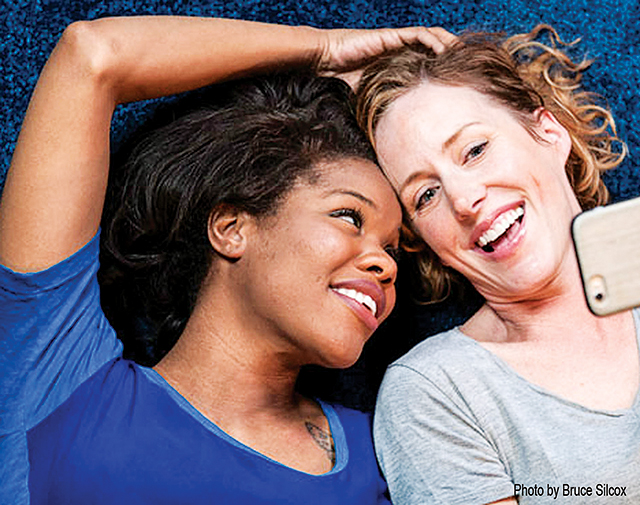 Director Ellen Fenster says that Tanya Barfield’s play “is a love story that spans decades and jumps and turns through time. Vicki (Jasmine Hughes) and Erica (Sarah Agnew) first meet in the 1980s when they are young, hopeful and exuberant. Over the years their partnership grows into a passionate, flawed, challenging, and beautiful relationship. As a gay couple, the women traverse the difficult landscape of being closeted at work, parental prejudice, building a family, and the journey to marriage equality. Like any couple that takes the leap into a committed relationship, the women share surprises and disappointments, victories, and defeats they never expected.” 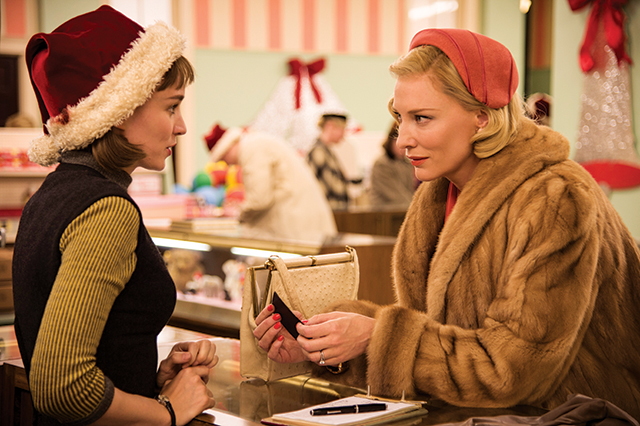 Gay filmmaker Todd Haynes is renown for his intoxicating 1950s vision, Far From Heaven (2002), drawing comparisons to ’50s film director giant, Douglas Sirk. With Carol, based on the 1952 lesbian novel, The Price of Salt by Patricia Highsmith, Haynes has once again shaped a sublime gem. The ’50s are re-imagined in a way that plunges you into the depths right from the start. The title role is elegantly rendered by a defiant Cate Blanchett as a society woman fed up with her domineering husband and the suffocating protocols of being a trophy wife. Fate strikes when she is captivated by a store clerk, Therese: a doe-eyed Rooney Mara recalls a young Jean Simmons, whose star, coincidentally, began to rise in the early ’50s.

Phyllis Nagy’s superb script is served as the actresses channel the undercurrents of a relationship that would seem doomed in a time of entrenched sex roles and lesbophobia. Carter Burwell’s forlornly sumptuous score is sometimes reminiscent of Philip Glass. Kyle Chandler miraculously turns Carol’s husband Harge into something human, beyond a misogynistic stereotype; like the women, this man is trapped in the era’s intractable gender codification.

Sarah Paulson as Carol’s friend Abby evokes a tough intellectual lesbian identity of the time. Fleeting images of other lesbians enhance the film at points. Paulson stunned two years ago as one of the most despicably racist characters in film history in 12 Years A Slave. With Carol, she delivers yet again, a memorable portrayal, albeit a far more sympathetic one. This attests to her notable range. 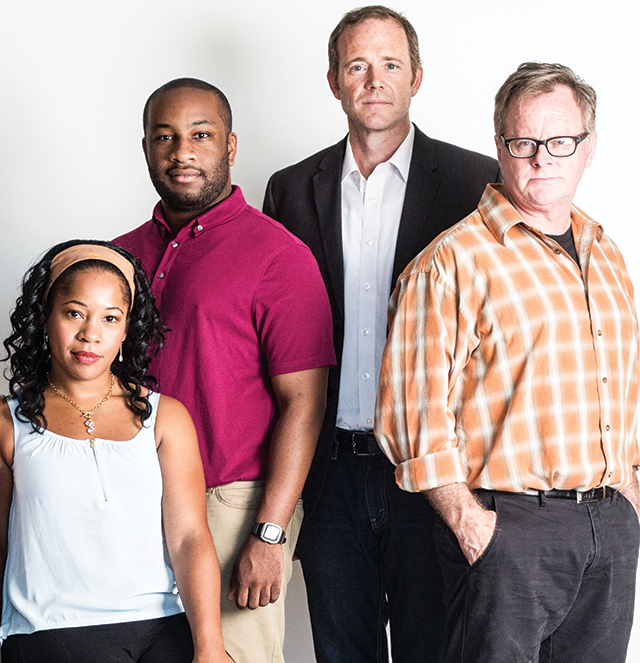 Bruce Norris’s Pulitzer Prize-winning drama is an homage to bisexual playwright Lorraine Hansberry’s A Raisin in the Sun, considered by many, if not most people, to be The Great African American Play. Written and set a half century after the 1959 original, Norris imagines how Hansberry’s Chicago neighborhood setting might have changed.

At Yellow Tree Theatre, Dan Hopman is part of a diverse cast of characters. He comments on his role: “Tom is a young, gay, upwardly mobile urban professional. He’s an attorney who, in the course of trying to sell a home to a young, white couple in a predominantly black neighborhood, gets sucked into a conversation about race, class, and gentrification. He tries to remain neutral, but a particularly off-color remark irks him, and he leaps into the fray, identifying himself as a gay man. The other characters proceed to quantify him by his sexual identity.”

Harvey Fierstein wrote the iconic ’80s gay work, Torch Song Trilogy, and his output has continued to be significant and attuned to his deepest values. You may have caught the powerhouse Kinky Boots last year at the Orpheum with book by Fierstein. And you can catch another musical with a book by Fierstein, Disney’s Newsies, based on the under-rated 1992 film about the Newsboy Strike of 1899 when orphans took on publisher titan Joseph Pulitzer. What was intended to be a Broadway run of 101 performances became a run of 1005 performances!

20% Theatre Company Twin Cities’ fourth annual Naked I series explores queer and trans experience through monologues, short scenes, and spoken word. Over 50 artists are contributing. Oliver Schminkey has written and will perform Misgendered, By a Friend, June 21st. It focuses on what Schminkey calls “the ‘small’ every day microaggressions and misunderstandings that fill my daily life as a non-binary trans person. Instead of writing a piece that highlights the very important ‘big’ issues that many trans people face, like job discrimination, homelessness, sexual assault, and murder, I challenged myself to write about one of the millions of small moments in my life that aren’t so newsworthy. Writing only for myself, this piece centers on the moment I continually face — and many other trans people face — when I realize that a friend might not think I am who I know I am, which can all be revealed by the slip of a pronoun.”

Cat Hammond shares, “My piece is a song called ‘Pretty Boy,’ which I wrote as a defiant celebration of my feminine gender expression. I’m also lucky enough to be working with a fabulous group of collaborators who will be creating and performing a physical narrative to the music.”

In Sailing Upwind, Freya Richman relates coming to terms with being transfemale and “navigating the sometimes scary process of ‘tacking up the wind of self-discovery’ — all the little changes I was making, things as small as switching to a woman’s wallet, and how nerve-wracking and exhilarating it was for me as I came out into the open more and more.”

The 1991 Oscar-winning, now cult film, The Silence of the Lambs, is skewered in a musical parody jointly produced in this area premiere by Minneapolis Musical Theatre and Biter Boy Productions at the Lab. Director Steven Meerdink describes Silence! as “a spoof of the original material, characters, situations, and even the actors. The writers have done a terrific job of extracting some of the most iconic lines and scenarios to develop them into musical production numbers; there’s even a salute to Bob Fosse. Sometimes the best way to leave the horror behind is to poke fun and have a good laugh. By loving exaggerated imitation, the musical lets us laugh at all of the items from the film that have become part of our own culture.”