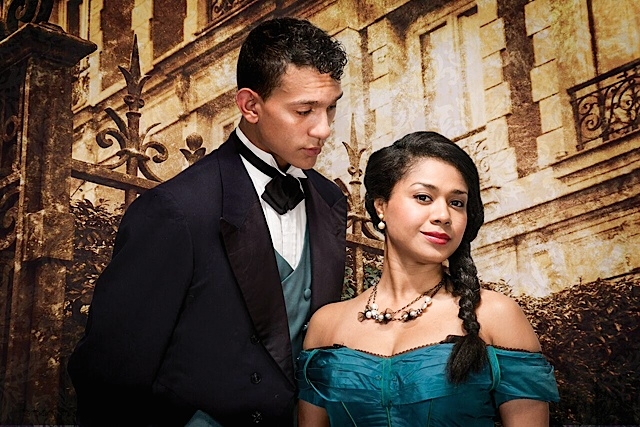 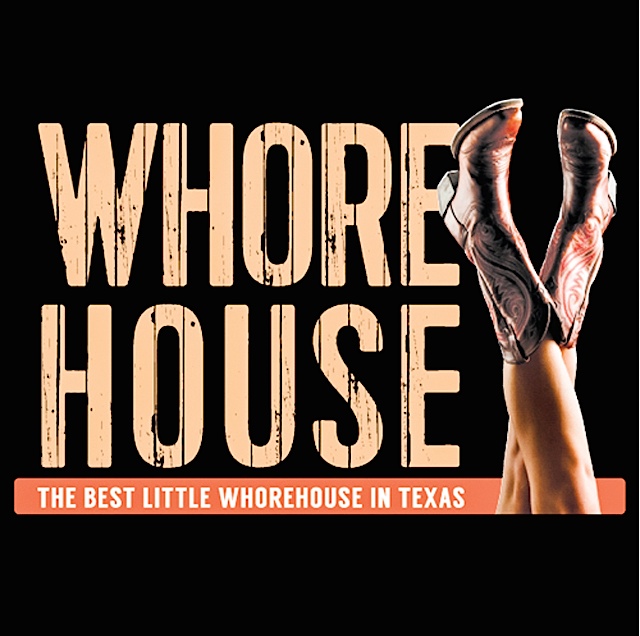 Puritans vs. sensualists in the Tony-winning The Best Little Whorehouse in Texas. Director-choreographer Joe Chvala shares, “The choreography is very character-driven. It establishes who all the groups and factions are: the ladies of the evening, the Texas Aggies, the Angelette danceline, and the Melvin P. Thorpe singers. Tommy Tune (Drama Desk Winner for the 1978 production) had a way of making really memorable little gems that added context and kept the story going while making really entertaining dance happen simultaneously, so I am following his lead and making the dances very character-driven and very much about the groups that are dancing and what purpose these dances serve in telling the story.” 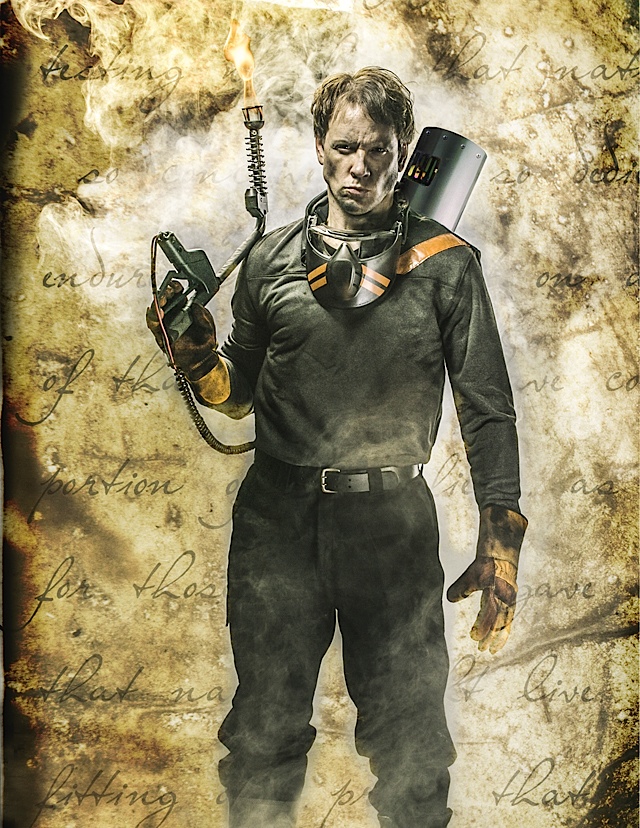 In 1953, Ray Bradbury wrote what still looms as one of the most important science fiction novels ever, Faherenheit 451. Sixteen years later, he wrote its stage version. Theatre in the Round director Linda Paulsen says, “Viewed as a futuristic story of censorship, Bradbury was actually concerned about the impact on education. He saw it in the devaluing of teachers, the shortening of the school day, the focus on facts rather than comprehension. He saw a future where focus was not on education but on spectacle, focus on the ‘what’ not the ‘why.’ Firemen evolved into the destroyers of books only because the public had already begun to censor itself. You could say that, through extreme political correctness, the effort became so large that the government got involved to handle the job. With the power given over to the Fireman, they then also became the enforcement arm.” 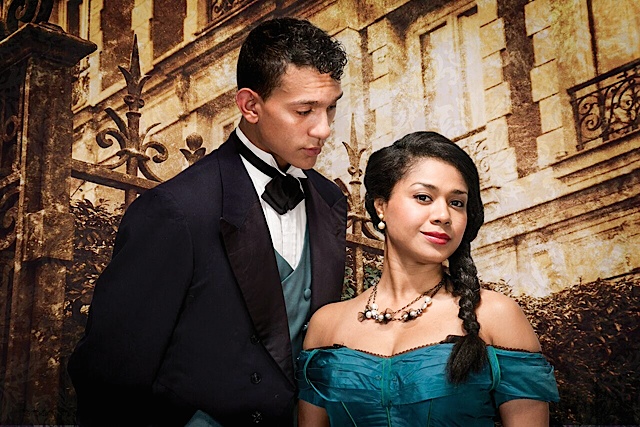 Director Joel Sass has created a stage adaptation of Charles Dickens’s Great Expectations, scripted by eight actors as a memory play set in the abandoned mansion of Miss Havisham, an older recluse who never got over being rejected by her fiancé of long ago.

Sass points out, “The novel is immense in scope and has many subplots; I’ve chosen to focus on the ‘fairy tale’ architecture in Dickens’ story — the lives of two orphans (Pip and Estella) who are each adopted by a ‘fairy godparent’ who wants to raise their child to achieve things the adults did not: respectability or revenge. But the children then have to learn their own lessons and make their own choices about how to find happiness in their lives.” 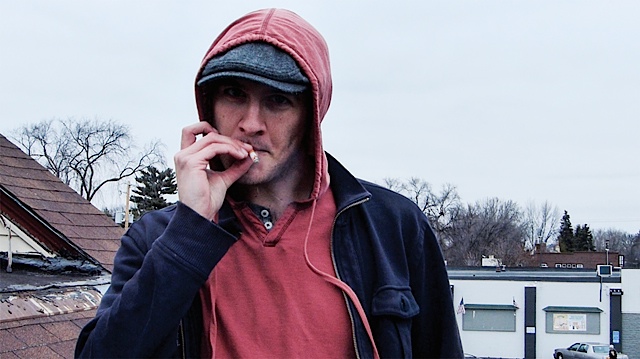 It’s a good time to revive Trainspotting, the play, as Minnesota as been plagued in recent years with numerous heroin deaths. There are also the unceasing reports of ever-increasing poppy output in Afghanistan, the plant from which heroin is derived.

Harry Gibson’s stage adaptation of Irvine Welsh’s book is being revived by Shadow Horse Theatre at the Phoenix Theatre. It penetrates the trials of addiction in Edinburgh, Scotland, in the face of both AIDS and unemployment.

Actor Craig Hostetler observes, “The addiction becomes a vacuum, a black hole, self-serving, that takes away the ability to act on anything else. It’s stitched into your mental fabric. And other people are afraid of that, afraid that they’ll be pulled into it. So addicts are stigmatized.”

Director Peter Beard says, “We are seeing a resurgence in heroin usage here in the United States, what some even label as an epidemic. This play shows the price those suffering from addiction must pay. I’m interested in what motivates someone to lose themselves in their addiction.” 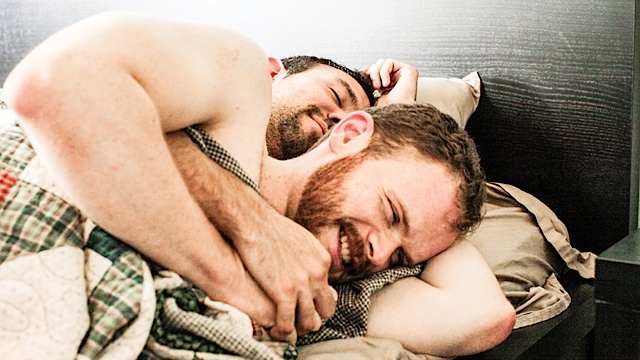 When we haven’t worked through our anger issues as queer people we may revert to shock techniques and in-your-face projections at those we think “just don’t get it.” However, this can have potentially irrevocably tragic ramifications if we don’t catch ourselves. Angry positioning, even in the name of good and righteousness, can backfire.

Anyone who has ever felt enraged about a conservative loved one holding fast to their prejudice against homosexuality can relate. You know, the kind of person whose very presence and disregard for you says right off that you are a second-class promiscuous citizen. You feel it in their presence and you hear your “lesser-ness” as intoned in their very voice.

But what if you trick such a bigoted person in order “to teach him a lesson” rather than do the hard work to bring him/her to understanding?

Seattle director/writer Arthur Allen scathingly explores this behavior in a way that will offend some, though not all, activists in his bravely groundbreaking new film, Winning Dad. An endearing Jake Street plays Colby, a lovable teddy bear whose emotionally armored dad, Mike, played by Chuck Sigars, cannot and will not accept his son’s gayness. His homophobia is layered like tectonic plates. Writer/director Allen, who also plays Rusty, the man Colby loves, decides to “fix” the situation, and catastrophe ensues.

Sigars is a powerhouse. His stoicism is palpable and wrenching. If independent films could garner Oscar nods, Sigars would be a shoo-in. The references to Steinbeck’s Of Mice and Men and gay master novelist Melville’s Moby Dick are blended achingly into the mix. You can tell why Allen’s sensibility is so exquisite.

The northwest mountain images enchant. Ellen McLain as Mike’s wife/Colby’s mom will rip your heart out. A spunky Megan Jackson as daughter/sister Jamie, charms with her political bravado but makes us wonder if incessant questioning of conservative values can actually lead to a backlash against progressive values. Winning Dad is for anyone willing to look at the human heart and how angry political attitudes can thwart resolution and healing.