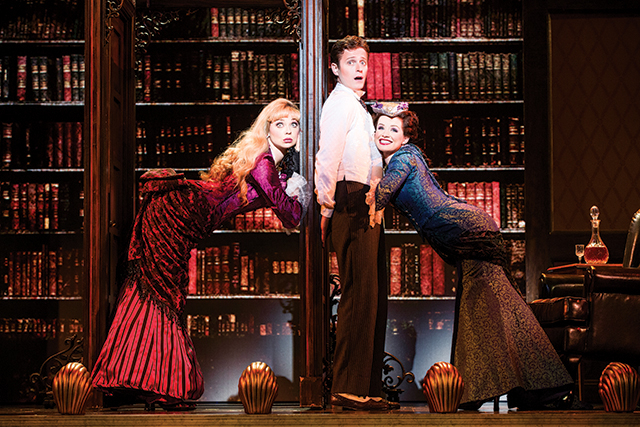 A Gentleman's Guide to Love & Murder. Photo by Joan Marcus 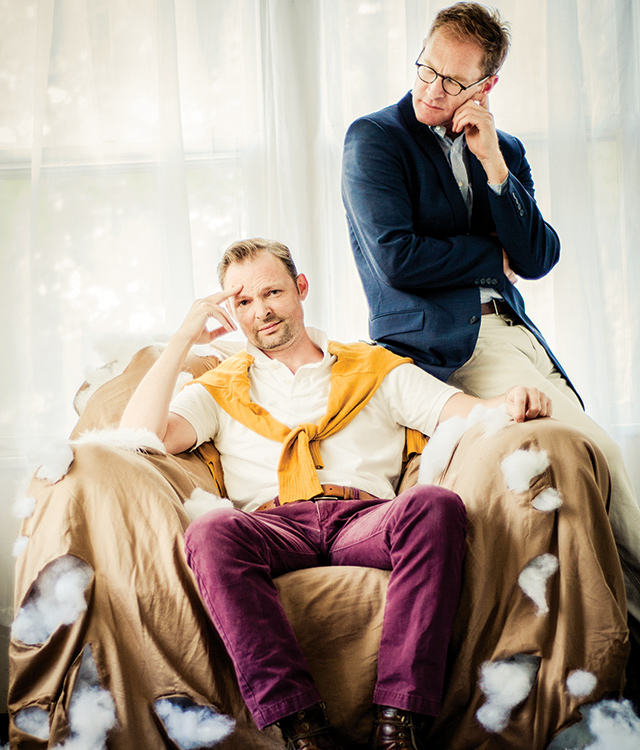 After Kyle and Hamilton’s mother is killed in a strange way at a gay Pride parade, the sons are left to make final arrangements. This brings out unresolved issues. Loudmouth Collective director Natalie Novacek observes, “Competing for her affection, surviving the revolving door of suitors that was her love life, and believing the other to be loved most or best or hardest, these brothers have been at odds since day one. Now that their mother is dead, they are faced with a kind of proximity and emotional vulnerability that they have not experienced in their lives. Not only do we see how their mother shaped their relationship in their formative years, but how she continues to influence them after their death.” The Best Brothers was written by Daniel MacIvor. 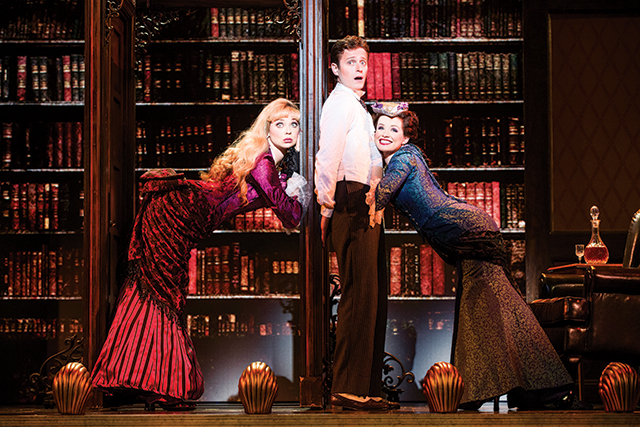 A Gentleman’s Guide to Love & Murder. Photo by Joan Marcus

The 2013–2014 season Tony Award-winner for Best Musical makes its first splash in the Twin Cities. Armed with wild ambition, Monty Navarro, a distant heir to a fortune, will do almost anything to secure that proverbial “pot of gold.” He lives on the edge, using tactics involving sex and clever deceptions. Composer-lyricist Steven Lutvak has stated that the show “is a very low comedy in a very fancy box. There’s all that faux classical music and it’s all very proper and its Edwardian England and the women are all corseted and everything is buttoned up. But, in reality, it’s a low comedy; it’s a Bert Lahr, laugh-your-ass-off comedy which I didn’t realize while we were writing it.”

Out There 2016: A Festival of Performance Alternatives
Throughout January
Walker Art Center, 1715 Hennepin Ave., Minneapolis
612-375-7600
www.walkerart.org

Work from New York, Beirut, and Paris is offered at what is traditionally the best line-up of performance art from beyond Minnesota to be presented in Minnesota. This year’s Out There series looks very promising indeed.

Just imagine Elvis Presley (1935–1977) and Theodore Roosevelt (1858–1919) waging a spiritual battle over the Great Plains for the soul of meat packing plant worker named Ann. They are keenly interested about what sort of a person she should become. Roosevelvis offers two classic types of American masculinity. Created by The TEAM. (Jan. 7–9)

David Foster Wallace looms as a tragic icon of Generation X. Hailed by some as the greatest writer of that generation, he has captured the imagination with his suicide in a way musician Kurt Cobain did. This Out There piece, A (radically condensed and expanded) Supposedly Fun Things I’ll Never Do Again After David Foster Wallace, has been compared to a séance and a eulogy. Created by Daniel Fish. (Jan. 14–16)

Rabih Mroue combines video, images, and text to reflect on the life of his brother Yasser’s experiences during the Lebanese Civil War. Yasser, who was shot in the head at age 23, is the primary performer. Riding on a Cloud is in Arabic with English subtitles. (Jan. 21–23)

Frenchmen Halory Goerger and Antoine Defoort cross boundaries between theater and visual arts in Germinal, one of the most globally acclaimed avant-garde theater works of recent years. Pickaxes, microphones, and four part harmony help facilitates a work that imagines just how we might totally re-invent the world if we could start from scratch. (Jan. 28–30) 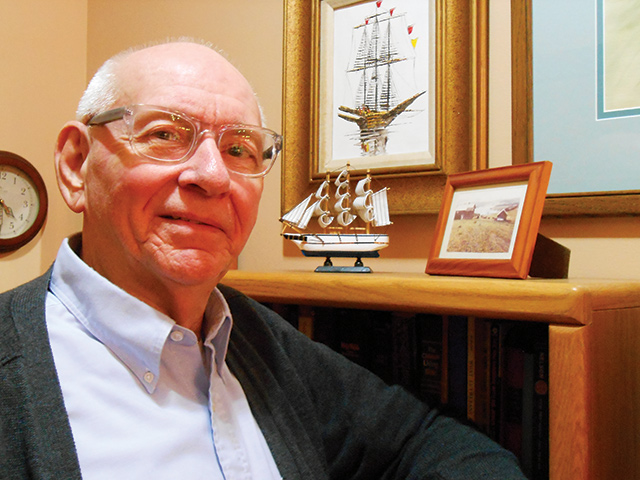 There Are Sirens in The City. Photo by Arlis Prescott

There Are Sirens in the City
by Leroy H. Prescott
www.amazon.com

Minneapolis writer Leroy Prescott has captured the very zeitgeist of what appears to be the Minneapolis sexual underworld from roughly 1978 to 1983. His enthralling novel, There Are Sirens in the City, penetrates subcultures of poverty and marginalization while flooding the senses across the sexual orientation spectrum.

Sirens has major straight, gay, and bisexual characters, and some you may find to be sexually fluid. It was a time — and not that long ago — when all gays, lesbians, bisexuals, and those who bent gender were categorized right alongside pimps, female hookers, alcoholics, male hustlers, and drug abusers by society in general. They were all outcast and equally stigmatized with the same brush as if they were all the same phenomena. That overarching stigma is implicit within the barriers set up by the masterful Prescott.

A charismatic female hooker and an enigmatic male hustler face unique and utterly dreadful situations. Though the narrator seems to have been defeated by life, he has evolved into a brilliant observer of the diminished subculture he navigates. Cops and those in high places intersect in fascinating ways with the “riff raff.” Moreover, the “riff raff” are profoundly humanized in the face of their foibles. Today’s politically correct types and speech police may be offended by Prescott’s use of raw and ripe language, but it is fully in keeping with the time and place. And of course, deeply compassionate.