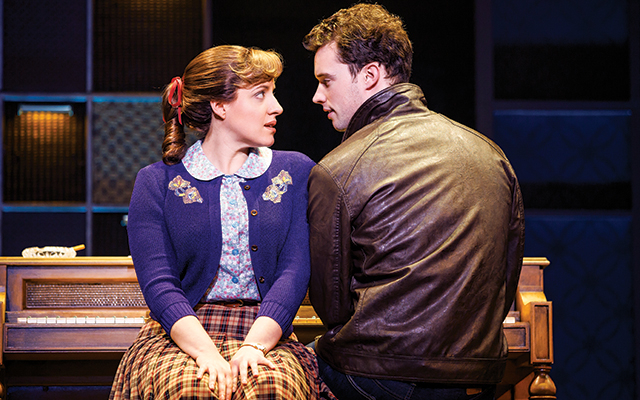 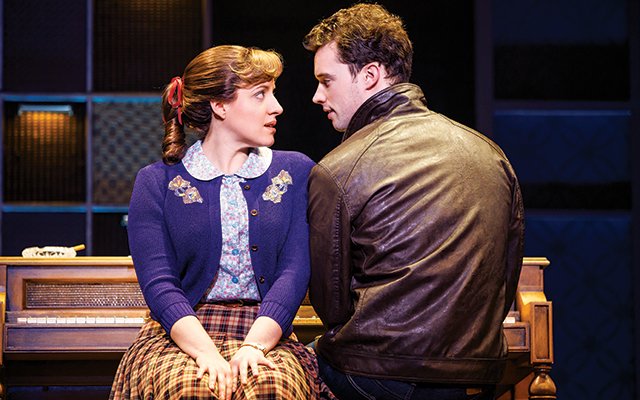 In the 1970s, everywhere you went you could feel the earth move beneath your feet with the tunes of Carole King. For a time her Tapestry album was the top selling album. I remember saving up to buy my own Tapestry album in junior high. Her low-tech style and gentle vocal phrasing meant she had to have a great voice to become successful. She didn’t escape into the hard rock mentality that started taking root in that decade, which can mask vocal talent.

Now there’s a Broadway show about King. Since it opened at the beginning of last year, Beautiful – The Carole King Musical, has become the highest-grossing production in the history of New York’s Stephen Sondheim Theatre. King’s youth, along with her artistic relationship and marriage to Gerry Goffin, and memorable tunes like Will You Still Love Me Tomorrow and Up on the Roof are recounted. Her other collaborators, Cynthia Weill and Barry Mann, are also a part of this smash hit bio-musical. It has been compared to Jersey Boys!

Greg Banks is a directorial genius who creates highly physicalized stage versions of classic children’s literature that speak to today while keeping integrity to the original source. His staging of Rudyard Kipling’s The Jungle Book is the best thing he has ever done at CTC.

The story of a little boy, Mowgli (an endearingly mercurial Eric Sharp), raised by wolves and misguided by monkeys, is presented on the multi-levels of Joe Stanley’s evocative set where characters — all the rest of whom are nonhuman animals — move about on earthen-like steps and ropes. Green foliage all around. Nancy Schertler’s lighting design, in sublime cohesion with the set, evokes a sense of infinitude into the jungle. Robert Frost might have called it “lovely, dark, and deep.” The mood is numinously enhanced by Victor Zupanc’s soundscape.

The actors play multiple roles but they have been given star turns within that. Autumn Ness, in a sleek manifestation, mines the protective and nurturing sense of the panther, Bagheera. Ness is one of the Twin Cities’ great actresses and she has never been more brilliant. Children I spoke with afterward said she was their favorite. Also, few local actors so easily tap into the nature of compassion as does H. Adam Harris. In the role of Baloo the Bear and the Papa Wolf, he exudes a spirit of pure love and sweetness.

Casey Hoekstra continues to expand his range with a magnetic performance as carnivorous tiger, Sher Khan, who is out to chow down on Mowgli. Where Disney’s animated classic encodes Sher Khan as lecherously gay, Hoekstra blends masculine power with Machiavellian cunning. Equally magnetic is Nastacia Nicole. Beware though. You’ll fall in love with her as Mowgli’s bravely protective mother wolf, but she might hypnotize you as Kaa, the slyly protective python. In addition, Annie Enneking’s fight consulting and Alison Simples’ costumes enrich Banks’ gorgeously sumptuous production.

Swing Out Sister and Break Out! Playwright Gina Young re-imagines Clare Boothe Luce’s 1936 classic, The Women, in terms of femme lesbian culture, or subculture, if you prefer. The acclaimed 20% Theatre Company Twin Cities honors its commitment to feminist-queer content with this madcap romp into butch/femme relationships in comparison and contrast to hetero stereotypes. It also looks into polyamory and burlesque.

Artistic Director Claire Avitable says, “It is rare for 20% Theatre Company to produce a comedy, but FEMMES: A Tragedy so brilliantly combines our commitment to making the invisible visible with our dedication to work that provides strong, challenging, and fun roles for our artists. Plays about lesbians or queer women are so very rare, let alone plays that focus on queer femme identity. I wanted to raise awareness about femme invisibility in the queer community, and have a fantastic time doing it. This play is dedicated to anyone who identifies as femme, regardless of gender identity, assigned sex at birth, or sexuality.” 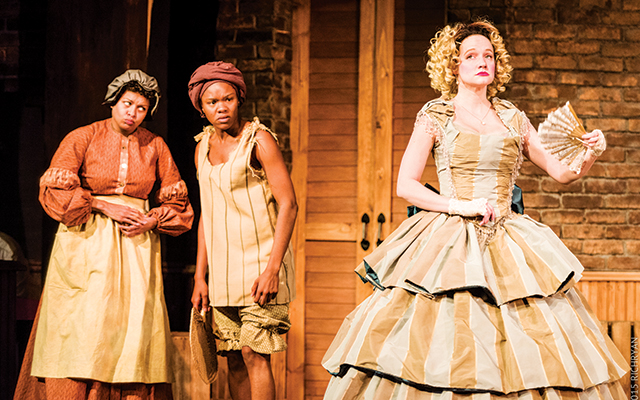 An Octoroon. Photo by Rich Ryan

Will & Grace meets Trey Parker meets Dion Boucicault’s 1859 drama, The Octoroon. This adds up to An Octoroon by Brandon Jacob-Jenkins. Though called a deconstruction, it’s actually more of a free-wheeling riff. A playwright character comes out at the start of the performance in his tighty-whities and complains about his therapist and how others project stock expectations onto black playwrights. This unfolds into a spoof on the original drama that self-consciously turns greedy whites, a Native American, a giant rabbit, and various slaves into the brunt of jokes. It recalls the easy snark of Trey Parker. For example, slave women speak in contemporary jargon and a slave auction has the feel of models on a runway. Its humor by trivialization got lots of laughs the night I attended. That said, Jacob-Jenkins’s mindset is uncannily reminiscent of Will & Grace, where identity politics is drenched in self-conscious identity references, nearing the point of solipsism. Directed with energetic melodramatic and vaudevillian style by the talented Nataki Garrett.

Playwright Josh Cragun grew up by Lake Superior, appreciating its raw ferocious natural power. In his new play he shares, “I wanted the people in our story to not be the typical, the normal. I wanted them to be of the place but still unique. That is why our captain is a female (Heidi Berg). An outlier but not untrue. It was during the period in which the show is set that the first woman became captain of a Great Lakes carrier. Her name was Lillian Kluka. I think that’s where the interesting stories always are: with the people who are a little different, who dare to stand out a little, who dare to take a stand, who don’t let others tell them who they have to be. And a boat, a boat is a place where you can tell society to back off. You will create your own world, your own rules, live true to yourself. That’s ultimately what this story is about: people searching for themselves, and finding a way to be true to that.”