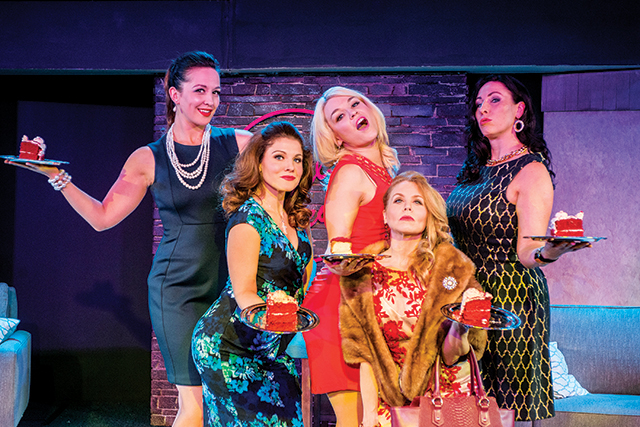 The Realish Housewives of Edina. Photo by Bridget Bennett 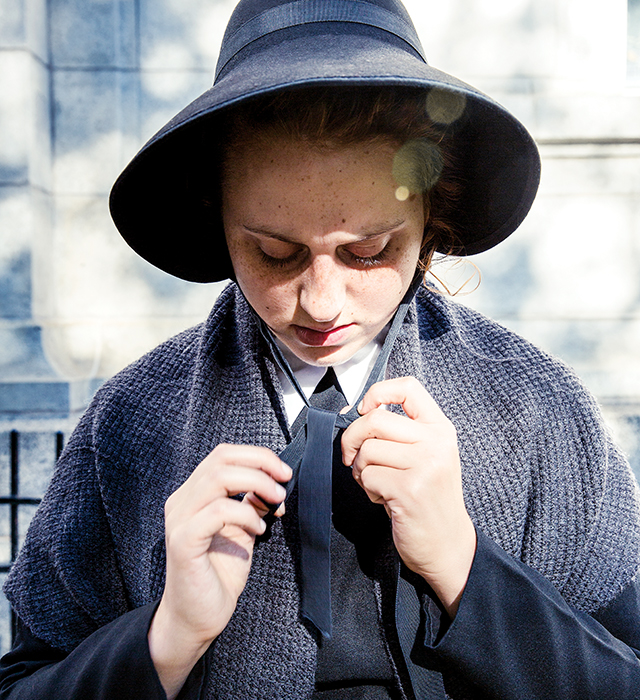 Odds are that New Epic’s staging of John Patrick Shanley’s Doubt will be well worth the trip to the Lab in the Warehouse District. Director Joseph Stodola respects language, which ironically, the film which the play’s actual playwright directed, did not. It became overly cinematic, distracting from its core concerns. What makes Doubt a dramatic masterpiece is its economy of language through which startling ideas spring from. It won both the Pulitzer and the Tony in 2005.

Stodola  points out, “In Shanley’s play, like in life, the suspicion — or, even worse, the accusation — of pedophilia carries the threat of personal and professional ruin. Furthermore, with such an accusation, no proof is needed for the court of public opinion to convict. Father Flynn, even if he’s innocent, knows that a public declaration of the Sister’s suspicions will mar his priesthood at St. Nicholas, and it will follow him the rest of his life, wherever he goes.” Adam Qualls plays Father Flynn. Claudia Wilkens is Sister Aloysius.

In the 1970s Peter Shaffer’s minimalist drama, Equus, rocked the western world. The harrowing tale of a 17-year-old named Alan Strang, his love for horses — one in particular — and his mother’s Judeo-Christian extremism looms in the annals of British drama. Alan’s crisis also creates a crisis for his psychiatrist, Martin Dysart. It’s the sort of raw theatrical choice one would expect from Theatre Coup d’Etat.

Director James Napoleon Stone feels that “Shaffer is trying to show that Alan Strang (Kevin Fanshaw) is not disturbed at all, but subject to an intense passion that he has cultivated since he was a boy. Dysart (Charles Numrich) recognizes this, and instead of judging the boy, he sees the honest worship within him. For the rest of the play we see him struggle with what will ‘help’ the boy — in taking away the pain, does he restore the patient or take away the passion?”

The Guthrie WorldStage Series has brought us the UK’s Actors Touring Company of The Events by David Greig with music by John Browne. The play’s creation was motivated by the mass shootings of children in Norway earlier in the decade by Anders Behring Breivick, a man pathologically obsessed with what he thought were the evils of Islam, feminism, Marxism, and multiculturalism. However, these ideas are not discussed with the depth that one would expect.

The Events casts a white woman (Lesley Hart) as an outraged vicar and a black man (Clifford Samuel) as The Boy. The play attempts to explain the unexplainable as it gropes toward finding a way to forgive heinous wrongdoing. Playwright David Greig and director Ramin Gray are clearly heartfelt in their yearning. However, the play seems to get locked into a kind of circular venting of legitimate outrage. It needs a more structured narrative and a more clearly defined context. The best part is that various choirs are accompanying performances. The night I attended the Twin Cities Women’s Choir gave a soulful rendering of John Browne’s music. 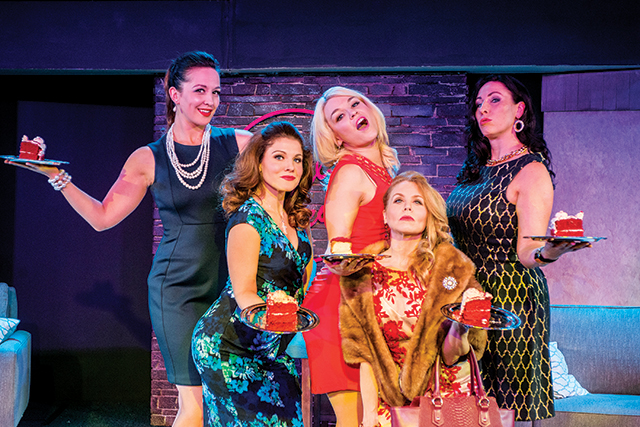 The Realish Housewives of Edina. Photo by Bridget Bennett

Chatty Kathy reality television is mischievously spoofed in The Realish Housewives of Edina. There’s the host who is clearly codified as gay and then there are the women whose concerns about their social lives which, to them, are more serious than climate change or homelessness. Five fine actresses give charming performances that are deliberately over the top. Anna Hickey is the perfect mix of blue collar can-do and smart fashion sense that puts off the snootier women. Kim Kivens glistens as a Slavic sex bomb who awkwardly tries to portray a social consciousness. Katherine Kupiecki is hilarious as an Edina political operative, and you can easily imagine how her political ideology leans. Quinn Shadko is the perfectly pompous socialite. And where would we be without the proverbial ditz? Karissa Lade fills those heels delightfully as Desiree.

Kate James and Tim Sniffen’s script follows the conceits of a mainstream talk show wonderfully. Theresa Akers’s set captures the look elegantly. Elegant is also the word for Suzanna Schneider’s costumes. And the whole ritual is overseen by Adan Varela, the host of the show. Crisply directed by Matt Miller with a clear eye for the smugness of white women of privilege. 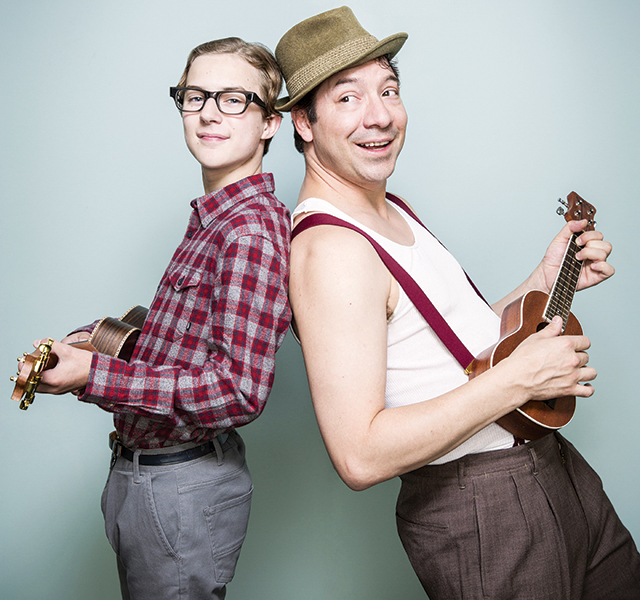 Herb Gardner’s 1962 hit has become a classic and it strikes a nerve today because of unemployment issues and changing definitions of family. At Theatre in the Round, director Dona Werner Freeman shares, “A Thousand Clowns celebrates an unconventional household. Murray Burns (Mark L. Mattison) is the proxy caretaker of his 12-year-old nephew, Nick (Parker Miller). They thrive in Murray’s bohemian and eclectic 1962 New York City one-room apartment. But the Bureau of Child Welfare steps in to question the viability of their unique set up.”

She continues, “I’ve enjoyed looking at this little domestic unit from our 2015 vantage point, when so many wonderful family configurations are being embraced. In many ways, social change in the United States can seem to come at an infuriatingly slow crawl; but lately the way we respect and embrace a myriad of family compositions has zoomed forward, and that is certainly worthy of our applause.”