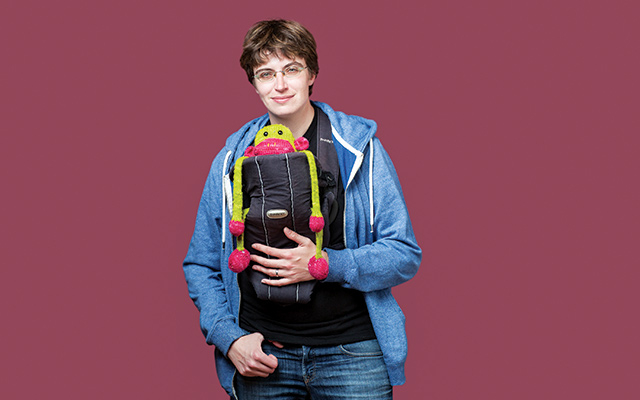 The Genealogy of Happenstance. Photo by Craig VanDerSchaegen 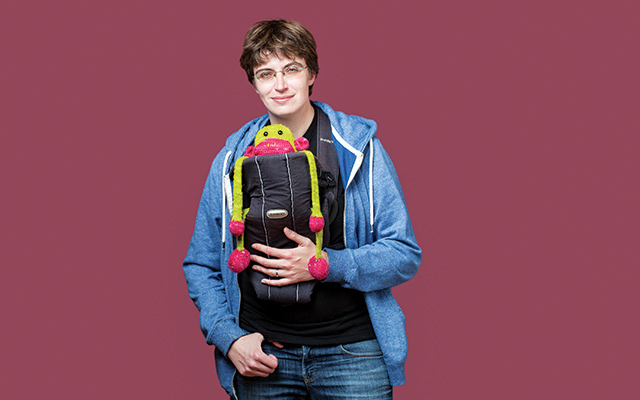 The Genealogy of Happenstance. Photo by Craig VanDerSchaegen

Allegra Lingo’s acclaimed solo show gives us an idea of the progressive programming we can likely expect from the Guthrie’s new artistic director, Joseph Haj. Lingo shares that her solo performance, The Genealogy of Happenstance, “is slightly different from the 2014 Minnesota Fringe performance because I was able to put back in a couple scenes and expand others that were cut due to Fringe time constraints. I’m also working with Christopher Kehoe as a director this time around, and we’re playing with a new staging to give the show a slightly different feel and explore the difference between the act of writing life and living life, and the tension that comes with doing both at the same time. The time covered in the show remains the same, from when my wife and I started trying for a child up until we knew one was on the way, even though our daughter was born at the end of December 2014.  She is the smartest, most beautiful, active, and amazing baby ever. Which is exactly why the show isn’t extended because now my story is no longer unique — I’m just as in awe about everything my kid does as any other new parent!”

French filmmaker, theorist, critic, and novelist Jean Epstein (1897–1953) was born into a time of revolutionary technological change in the early years of film. He was an assistant for Auguste Lumiere, one of the seminal figures in early film innovation. He also knew the aesthetic realms of Dada, surrealism, and futurism which freed up the linearity of the human mind of that time and threw rules of art out the window. It comes as no surprise that one of the barrier-breaking Epstein films, Double Love (1925), is about gambling compulsion with homosexual undercurrents. It sometimes comes as a surprise to people that such concepts happened way back then, but indeed, silent films and talkies into the 1930s often coded queerness into their content. In the U.S., the Hays Code put the brakes on films that were deemed too risqué, hence queerness and what was thought of as explicit sexuality, got cut considerably, if not, unconstitutionally.

Double Love (Le Double amour) plays Oct. 24 as part of the Walker Art Center’s eagerly awaited Jean Epstein series. His innovative approach can be seen in all films screened, from the low camera angles and misty effects of his take on Poe’s The Fall of the House of Usher to merry-go-round effects in Faithful Heart to hallucinogenic effects in End of the Earth. And others. The is truly an “I can’t wait!” film series.

Kellen Blair and Joe Kinosian’s musical is not ordinary. Randy Reyes directs Nic Delcambre as a small-town policeman investigating a crime. Andrea Wollenberg plays all the suspects. Music director Stephen Houtz shares, “This is a great piece to work on because it’s not like any other piece I’ve music-directed: the actors sing — one of them sings about ten roles — and they play piano both for themselves and for each other. There is no orchestra, and the piano becomes like another character in the show. It’s been a lot of fun coaching the two performers as both pianist and singer. A lot of the music is really clever. Not only are there musical jokes, but ways that the piano responds to what is going on onstage. And there are the moments of real virtuosity for both of the performers. Andrea has to sing a duet with herself and accompany at the same time!” 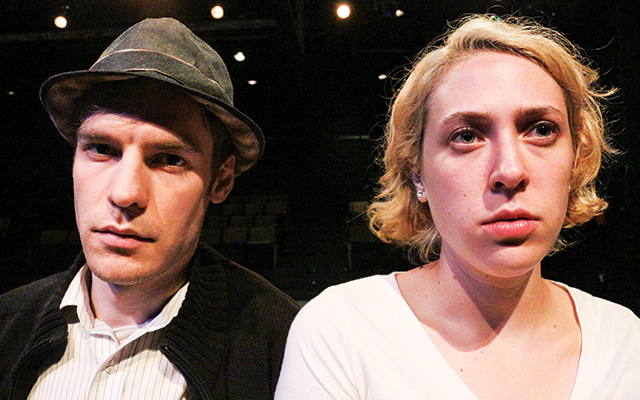 Director Steve Busa and playwright Katharine Sherman are using the play-within-a-play approach in a new work inspired by Jean Luc Godard’s 1963 film breakthrough, Contempt, as a way to take a contemporary look at August Strindberg’s dramatic 19th century classic of desire and domination, Miss Julie. Moreover, it involves a screenwriter who is hired to make the script commercially appealing. Unfortunately, the writer’s own relationship is on the rocks and gives mixed signals to the actors. Busa shares, “Most plays present substitute worlds that fit our desires. This piece, though, with all its levels, has interlocking worlds that challenge our desires.’ 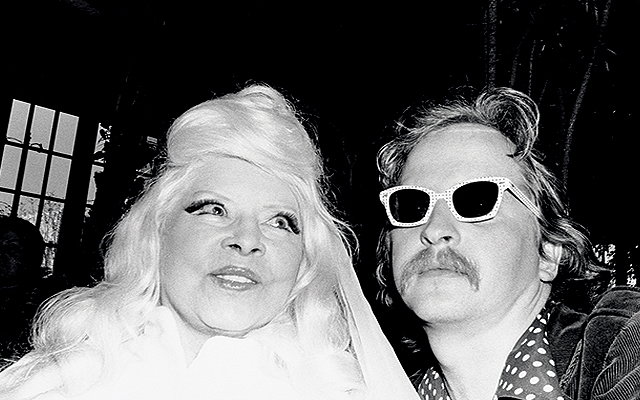 100+: A Photograph For Every Year of Mia. Photo by Ramon J. Muxter

If you like the photography exhibits you visit to be eclectic and far-flung in their subject matter, then go to the Minneapolis Institute of Art (newly rebranded from the MIA to Mia). Their Harrison Photography Gallery features photos for every year of the first-rate museum’s 100 years of existence. This centennial celebration gives us twins by Diane Arbus and Richard Avedon’s famous image of General and President Dwight D. Eisenhower in retirement in his 70s. Relish photos of gay men’s icon, Mae West, by Ray Muxter and one of a German soldier in 1945 by August Sanders that emanates the shame of the Third Reich’s downfall as felt by an ordinary man.

The human form is honored in Ruth Bernhard’s interracial Two Forms and Andre Kertesz’s hauntingly sensual Underwater Swimmer. The exhibit also includes images by JoAnn Verberg, Catherine Opie, and a major figure in the photography of Native Americans, Edward S. Curtis. And like any commendable photo retrospective primarily based in the 20th century, 100+ contains work by nature celebrant, Ansel Adams. While at Mia, have a look at their newly acquired Vincent Van Gogh painting, Irises.