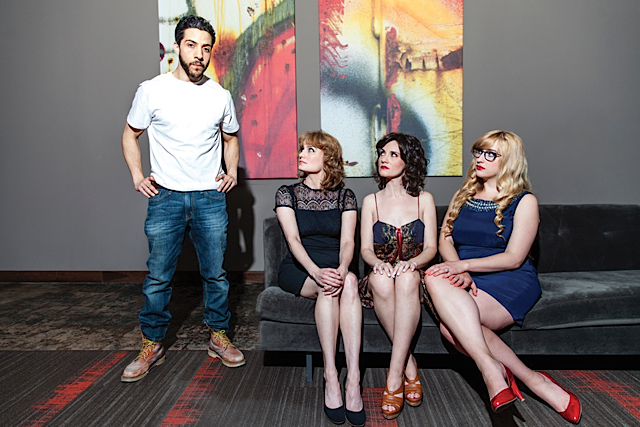 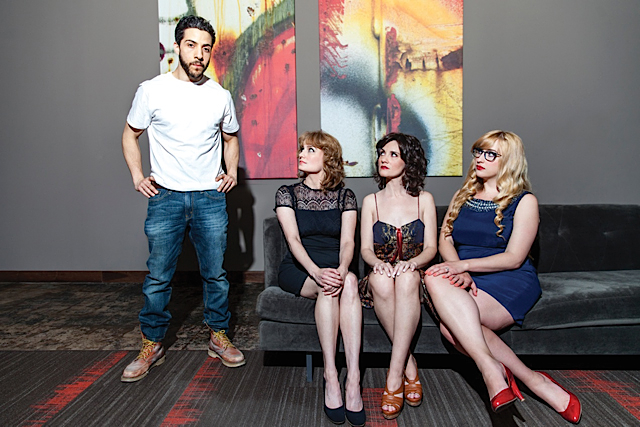 You may have seen the film version of this provocative drama about rape, but when done well on stage, it is far more layered than on screen. The good news, artistically speaking, is that Dark and Stormy is just the right group to make it work. Director Mel Day says that playwright William Mastrosimone “has brilliantly orchestrated a situation where all the characters are fully fleshed, even though some have committed atrocious acts. The play is ultimately about power dynamics, how people gain and lose power, but I also think this is about the need to be recognized as fully human. Raul (James Rodriguez) carefully plots a crime, but he still has a family. Marjorie defends herself, but maybe crosses some lines. Terry (Tracey Maloney) and Patricia (Emily Bridges) attempt to help Marjorie but ultimately want to protect themselves. People think they know how they would handle a crisis, but once they experience it, their sense of humanity is shaken, and they will do anything to gain it back.”

Director Lynn Musgrave shares, “With this play, playwright Aaron Sorkin takes a step he’s not used before — he blasts away the ‘fourth wall’ and has Philo Farnsworth (Pierce Huxtable) and David Sarnoff (Mark Mattison) address the audience directly — along with each other. Aside from being incredibly educational (it’s about the invention of television, after all) this is an imagined intellectual battle between two giants of the time. (Farnsworth and Sarnoff never met.) They were both geniuses, without question. They were both self-taught, self-made men. But there the similarities end. Farnsworth only truly lived in his laboratories. Sarnoff stepped into the fast lane called Capitalism and never looked back.”

She continues, “This, then, is their virtual battleground. The two face off on stage, suspended in light with a gulf of darkness between them, each absolutely determined to tell his story, his ‘truth.’ David Sarnoff, the President of RCA, founder of NBC, and Philo Farnsworth, inventor of television and early fusion development. Their exchanges are the stuff of which actors’ and directors’ dreams are made.” 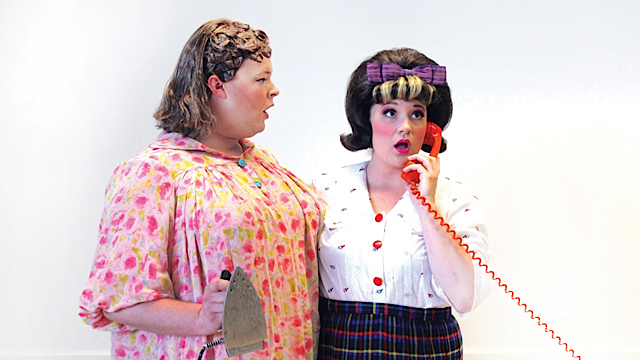 Bloomington Civic Theatre continues its stream of big popular musicals. Celebrated director-choreographer, Michael Matthew Ferrell, says that Hairspray “has the most choreography of any show I have worked on to date. Since it all revolves around a dance TV show there is a ton of movement. It just keeps coming at you. It has also been very rewarding to work on a show about discrimination and racial segregation. The cast and I have had many discussions about this and guests have come into rehearsal to help us tell a realistic account of what was going on in the ’60s, when the show is set. Many of the same issues are present today, making it even more relatable and relevant.”

The Hennepin Theatre Trust’s Made Here offerings include trans representation. One of these is Visible Bodies: Transgender Narrative Retold – Twin Cities with work by Jie Wronsky, Adja Gildersleve, and Garrett Hoffman. Their group’s statement says: “We believe it is important to subvert the common narrative told about trans* people through mainstream media and popular culture. Visible Bodies is about trans* voices telling trans* stories. Oftentimes, the common narrative contains images and stories that are oversimplified and stereotyped. Our goal is to show the diversity, complexity, and beauty of our community. This project is empowerment. We are making space for people to hear trans* voices and see trans* bodies. [*We use the umbrella term trans to include all people who identify outside the cisgender experience.]” Sponsored by Hennepin Theatre Trust and Andersen Windows. 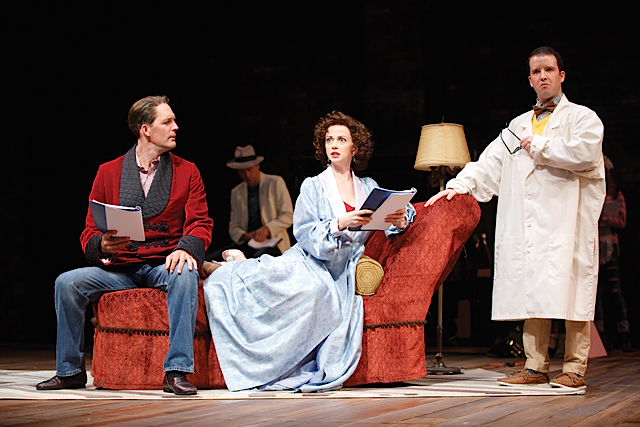 Countless films and plays have reinforced the desperate impression that if only we had chosen “the one that got away” and had actually paired up with that one person, our lives would have taken a better path. That person would have been our soul mate, our passion, our fulfillment. Our ship came in and we missed it!

Playwright Sarah Ruhl challenges that old saw when an actress and an actor who had an intense relationship almost two decades before and have not seen each other since then, are cast as significant others in a play. While engaged in the artistic process of mounting a play, they think they are falling back in love. They try to recharge their old flames but the audience may wonder if their original decision to go their separate ways was actually in their better interest. That said, the actress, simply known as She, has legitimate issues with her solid husband who is limited in his thinking and capacity for sensuality.

Stacia Rice and Todd Gearhart give colorfully hilarious lead performances in a rollicking, genuinely madcap production. There is a lovely kiss between Rice and a co-actress, Cat Brindisi, which is one of the few times a woman has kissed a woman on a Guthrie stage. Briskly, brightly, and snappily directed by Casey Stangl. We are reminded that our ship perhaps never actually did sail, or even if it did, so what? That was then. This is now. New ships are coming in all the time, if we would only just notice. And goodness knows, we are always changing and hopefully evolving. What was right for a person 20 years ago, may very well not be what’s right for now.