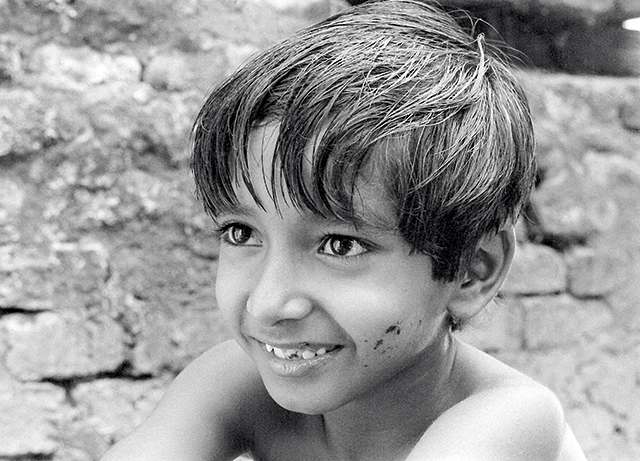 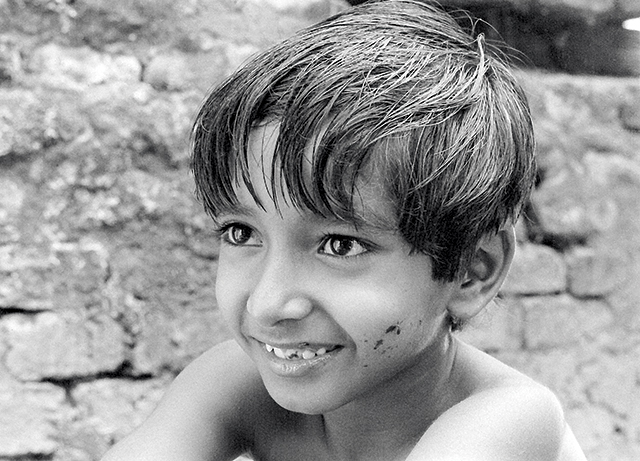 The Citizen Kane of Indian cinema, the Apu Trilogy, returns in a new restoration that’s been cheered about everywhere. Satyajit Ray’s milestone may not compute with fans of Bollywood as it is starkly realistic. It’s the embodiment of what’s called Parallel Cinema, an Indian movement that repudiated the song and dance indoctrination of Bollywood. PC took on serious issues of poverty, human struggle, and politics.

The 1950s award-laden trilogy tells the story of Apu (Apurba Kumar Roy), a Bengal male, from his childhood to early manhood. Iconic directors, American John Huston and Frenchman Jean Renoir, were champions of this work that had more obstacles thrown at it than a ship in a storm. But Apu was made and took its place in history.

Every few years the Walker Art Center brings us a jaw-droppingly amazing exhibit. The current International Pop is such a one. Today, whether we are conscious of it or not, the pop culture we see is international, mirroring the global economy that was ushered into this country economically during the Clinton-Gingrich era. However, before that time, pop cultures had been emerging independently in different parts of the world, even behind the anti-capitalist Iron Curtain. This emergence is reflected in an explosively colorful exhibit you must not miss.

Curators Darsie Alexander and Bartholomew Ryan bring us vibrantly powerful images and groupings of images, including film, ranging from the 1950s to the early 1970s, from various parts of the world including the United States, West Germany, the United Kingdom, Japan, Eastern Europe, and Brazil.

The conceptual range is notable, including seemingly mundane representations of objects like Robert Watts’s TV Dinner; David Hockney’s androgynous The Room, Tarzana; the sumptuously heretical The Western, Christian Civilization by Leon Ferrari, which consists of a crucifix attached to a fighter jet. The Argentinian conceptual artist reminds us of the religious connotations of the Vietnam War as against the “godless communists”. And, though there are legitimate arguments over the legitimacy of gay reproducer Andy Warhol being a legitimate artist, his Sixteen Jackies of Jacqueline Kennedy right after JFK’s assassination are breathtaking.

Since its world premiere 11 years ago, the stage version of Mary Poppins has gotten rightful credit for attempting to attune to its fiction origins authored by writer P.L. Travers. The 1964 blockbuster film, which is still on the 25 most profitable films ever list when adjusted for inflation, is derided by some for being sappy. That said, the film still retains some of Travers’ social consciousness that continues to wear well. Therefore, Julian Fellowes who wrote the musical book was the ideal choice to compromise between Disney and Travers (both of whom are long dead). Fellowes is, after all, arguably the greatest living period screen and television writer (Gosford Park, Downton Abbey). And right or wrong, like it or not, the classic film version nominated for 13 Oscars and winning five is to be reckoned with and is clearly beloved.

What sets the Chanhassen Dinner Theatres’ offering up as a truly marvelous production that can hold its own with Robert Stevenson’s film is at root two things: Michael Brindisi’s direction and Ann Michels’ title role performance. Brindisi is renown for his comedic flair in musicals, but comedy doesn’t have the zing that makes a show revelatory unless there is a serious understanding of the script. Brindisi mines this with emotional power while enlivening the zest.

In the film, David Tomlinson and Glynis Johns are gloriously daffy as parents, George and Winifred Banks. But the stage version cuts deeper with the same circumstances. At Chan, Keith Rice and Janet Hayes Trow viscerally reveal the inner terror of two parents with two children dependent on them, threatened with financial ruin. In the musical the stakes feel much more dire. Some will find the musical’s attitude about the nuclear family trite, but given the time and limitations of the time and place, I find it legitimate and poignant. Sue Berger’s evocative lighting matches Rice and Hayes Trow’s deeply felt, starkly realistic moments.

Though I have been an ardent Julie Andrews zealot continuously for the past 50 years since I first saw the film at age five, I still adore Michels’ Mary. Fellowes gives us sterner stuff in the woman, there’s a bit of a “tough love” edge that registers with contemporary common sense. Michels embodies that with a palpable sense of underlying empathy. The actress herself is a stately vision out of a bit over a century ago. That said, the entire production evokes that — Rich Hamson’s costumes in particular. 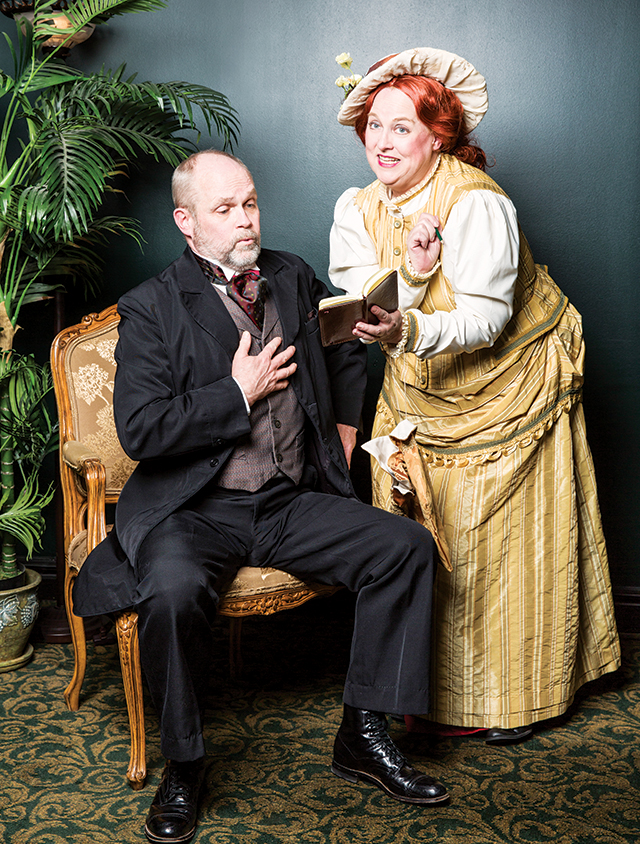 The Matchmaker. Photo by Robert Fleischman

Gay playwright Thornton Wilder’s The Matchmaker, originally directed on Broadway by Tyrone Guthrie in 1955, gives us one of the most dynamic female protagonists in all of comedy, Dolly Levi. Most people know her from gay musical wizard Jerry Herman’s stage musical adaptation, Hello Dolly! So if you are a fan of the musical, then you are bound to find the original source something like meeting an old friend in a new context.

At Park Square, the indomitable Karen Wiese-Thompson plays the coveted role for Girl Friday Productions in the new Andy Boss space. Wiese-Thompson has long been one of the Twin Cities’ top comic actresses and audiences love her. But though she’s naturally funny, she always gets beneath the surface.

Wiese-Thompson shares, “I think Dolly’s a progressive feminist, though it’s not really a conscious ideal, it’s out of necessity. She does what she needs to do to survive while making sure everyone around is thriving as well. There’s not a selfish bone in her. She’s full of hope and joy and absolutely believes that her ‘arranging’ of things will make the world a better place.”

Once is significant in three notable ways. 1) It is one of the most successful adaptations of a film into a stage musical ever. 2) It uniquely retains its intimate nature even in big spaces like the State Theatre. 3) All the actors are part of the band and the vocals.

Ensemble actress at the State, Erica Spyres, adds, “Once is a beautiful love story because it’s a story about real love and the struggle associated with that. It’s not pretty, it’s not simple, but it’s truthful and that has its own real beauty. And it’s not just about a guy-girl love story; it’s about everyone sacrificing something for someone else’s benefit.”