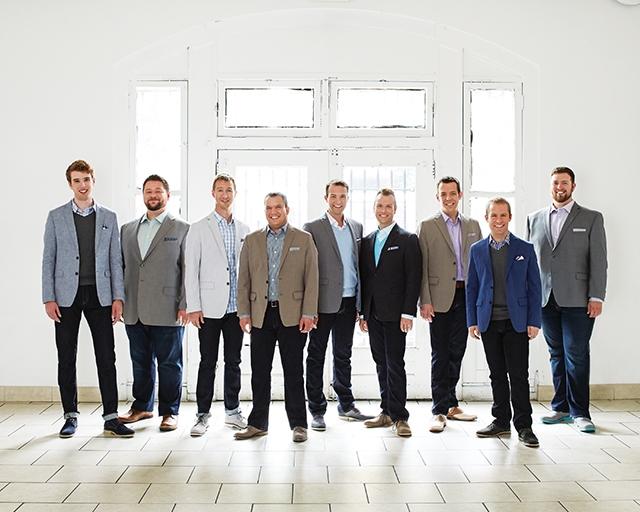 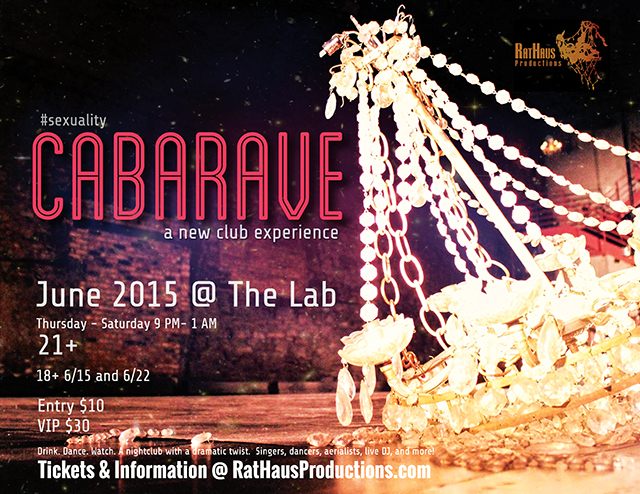 The Lab continues to be an “in” place for entertainment that’s classy, sexy, and unique. RatHaus Productions’ CABARAVE: #sexuality can be seen there during June. RatHaus Managing Director Kameron Nelson says it “is a project that has been in the works for the last six years. Jessie Storovich, owner and creator of RatHaus Productions, initially thought to create a theatrical nightclub. (It) has evolved into a fusion of nightlife and performance art. Our mission was to expose individuals who would rarely experience theater or dance to this spectacle of performance in a less intimidating atmosphere. Performances will include live dancers, vocalists, instrumentalists, DJs, aerial silks, and performance painting. This has been a collaborative process in which each of the performers has contributed choreography and played to their individual strengths as performers. RatHaus will continue to produce CABARAVE in coming months with a different theme and performances.” 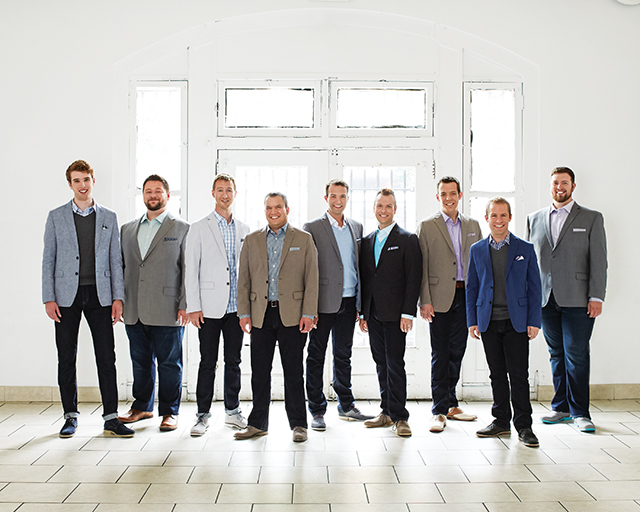 The acclaimed mens vocal ensemble plays the Cowles. Aaron Humble, Cantus tenor and tour manager, says, “Cantus always says that good music is good music, no matter the genre. That being said, most of the music we do is from the classical or folk tradition — but Covers is a different story. I don’t know that most of us ever imagined we’d be doing covers of Michael Jackson, Paul Simon, or Christina Aguilera, but it’s always a lot of fun for us and our audience seems to love it, too!”

20% Theatre Company Twin Cities’ annual Queer Prom is becoming a tradition and it serves an important healing purpose in providing GLBTQ adults who either did not attend their high school prom or who could/would not take a member of their same gender to their prom. Finally, a way to have the the prom experience. Adult allies are also welcome. 20% Artistic Director Claire Avitabile says, “Queers and their allies in their 20s, 30s, 40s, and up can come as they are, in anything from jeans and a t-shirt to glittery ball gowns, and expect to dance ’til they drop with DJ Blowtorch throughout the night. This is an adult prom — age 18+ — for anyone and everyone who never had the prom experience they always wished for; or for anyone and everyone who just wants to have an annual excuse to get dressed up — whatever that means to them — and have a ball with partners and friends! Rebecca J. Lawrence Photography will have a photo booth set up for prom memory-making and photos will be posted on her website and 20% Theatre’s Facebook page. Special guest burlesque and drag stars will shine on stage with performances throughout the night, including Esme Rodiriguez, Marcel Michelle, Naughty Dottie, and more!” 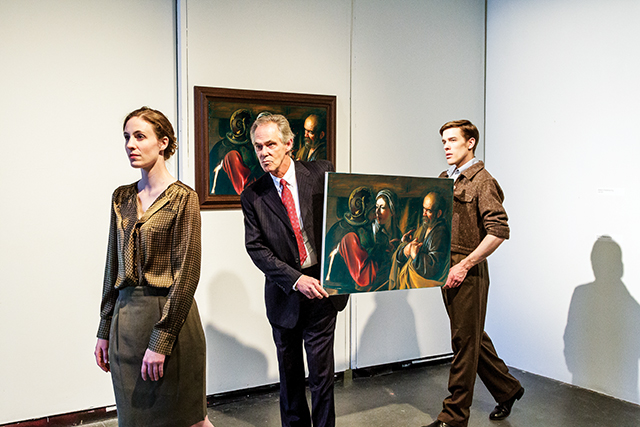 From Darkness. Photo by Mathieu Lindquist

Nimbus is a destination for new plays. Writer-director Josh Cragun now gives us From Darkness. He relates that “a lot of the play is about the transition from the WASPish art world of the beginning of the 20th century to the world that now exists in New York. Since the play is set at the Metropolitan Museum of Art, an institution that took 40 years to elect its first Jewish trustee, and has yet to have a female director. This juxtaposition is very present in the play. Andy Warhol and Betty Parson, two early art world figures to openly bare their sexuality, are both characters.”

Cragun adds that From Darkness muses on what we choose to value and why: “The subjects of authenticity and copyright have always been interests of mine, but several years ago I started reading about forgery. I’ve always been an art history geek, and writing a play set in the New York post-war art scene was very compelling to me. I was fascinated by what it would take for a talented artist to turn to a life of crime, destroying the very things they once loved. Equally, I was interested in why we value authenticity still in a world ruled by mass production and digital reproduction. What makes something real? And if no one notices something as a reproduction, why is it suddenly worth less if we decide it isn’t what we thought it was?” 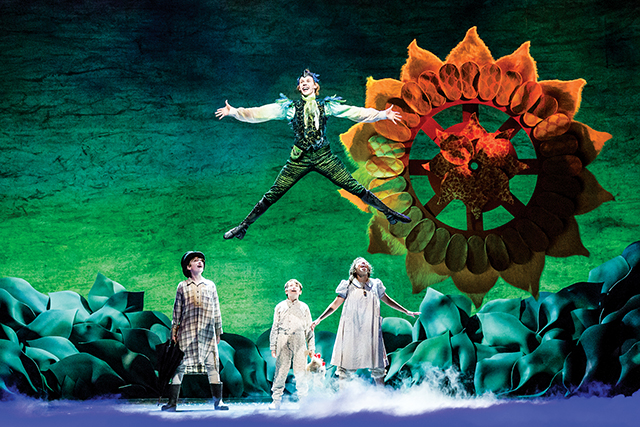 The Twin Cities’ “Triple Threat” for musical theater has delivered a wonderful production of Peter Pan at the Children’s Theatre. Those three are director Peter Rothstein, choreographer Joe Chvala, and music director Denise Prosek. The story calls for a belief in fairies, which can also be thought of as the need to trust our imaginations and our sense of risk and adventure. Children and some adults may well take it more literally and so be it! That sense is also built right into Rothstein’s concept with aerial work that enthralls. Tyler Michaels is mercurial in the title role and Alanna Saunders embodies Wendy, the London girl who becomes the mother of Neverland, to perfection. These are now archetypal roles which must be played specifically in order to work. And these two, along with the rest of the cast, do exactly that. The effect is great.

CTC is consistently superior in their production qualities and their works are generally contemporary. However, there’s something unusual about this rendition of Peter Pan: it works its magic from tunes of two generations ago. Tunes that middle-aged and older folks will recognize from recesses of memory. What’s more is that the sold-out audience, filled with children, was enchanted throughout the matinee I caught. Just as I was. This musical is based on J.M. Barrie’s writings with music by Morris “Moose” Charlap and Jule Styne and lyrics by Carolyn Leigh, Betty Comden, and Adolph Green. These figures were giants in their day and passed away long ago. How beautiful that Prosek has directed the nostalgic music with such loving attention.