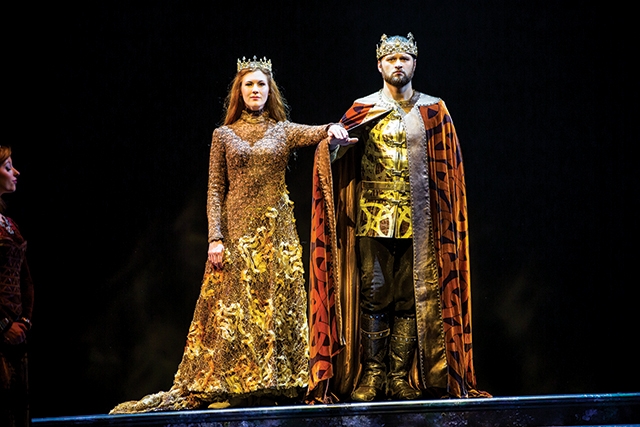 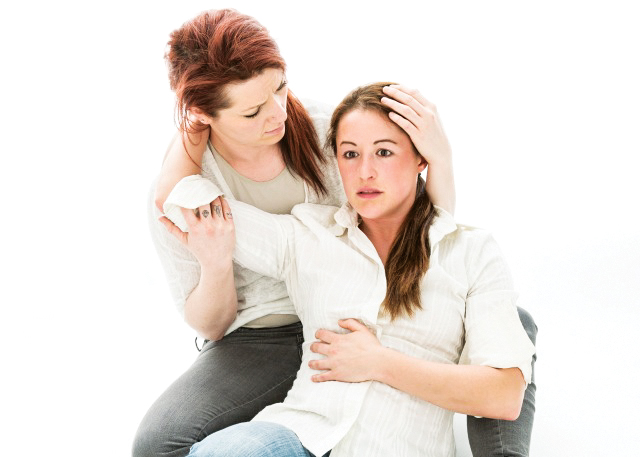 William Shakespeare’s Hamlet is generally considered to be his best play and by many multitudes as the greatest play ever as well. In Shakespeare’s time all roles were required to be played by men only. Feminist-based Theatre Unbound Artistic Director Stacey Poirier says, “We’re returning the favor.” Production director Leah Adcock-Starr has set the tragedy as a performance done by a traveling troupe of actors. She has mused on Hamlet’s final plea to his pal, Horatio: “Tell my story,”  saying, “The need to be remembered and have your story told and the struggle to understand your own story are at the heart of this play.” Kathryn Fumie, who plays Hamlet, says, “Our aims are the same as any other show: to be good storytellers and to hold a mirror up to nature.”

This joyously vibrant revue showcases mostly lesser-known tunes of the Kander and Ebb canon. Other musical duos, like Rodgers and Hammerstein and Lerner and Lowe, tend to dominate mid-20th century American theater, and for good reason, but it was John Kander and Fred Ebb who weighed heavier into a more contemporary view of adult relationships. Director John Command, who rates as one of the region’s surest hands at musicals, infuses the show with both the pizzazz and the depth it warrants.

Kander and Ebb are best known for the sensual and sleazy world of Cabaret and Chicago, and there are some classics from those shows you’ll experience here. But it’s those that aren’t produced so much that the lucky Jungle audience gets to finally relish bits of: Zorba, Kiss of the Spider Woman, The Rink, The Act, and more. 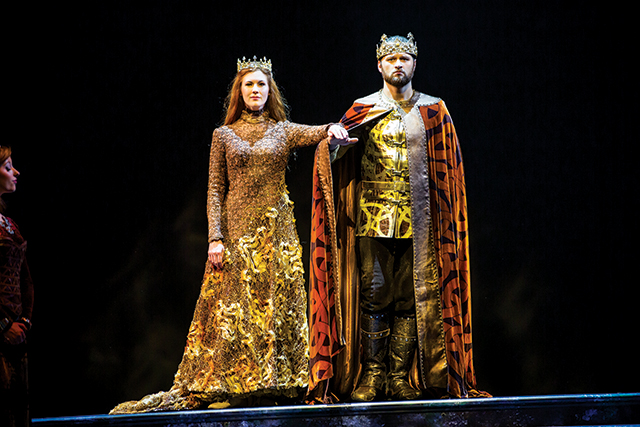 Lerner & Loewe’s Camelot was a stage musical hit so resonant that an entire presidential administration came to be nicknamed for it. The Broadway cast recording of the 1960 work is remembered to have been often playing at the Kennedy White House. Its tunes were as well known by the end of the decade as the Beatles’ biggest sellers. Arthur, Guinevere, and Lancelot had been archetypes for centuries, but they re-emerged with an urgently romantic fervor as people yearned for ideals which medieval legend overflows with. In the early ’60s people had seen or known well of the horrors of World War II and the “divorce era” would swiftly follow the Kennedy assassination as it was then that the 1960s actually became “The Sixties.” Issues of adultery and forgiveness are potent in Camelot.

At the Ordway you can see the acclaimed national tour revival. Director Michael McFadden shares how he has made the piece resonant for our time: “I wasn’t interested in the pastel 1960’s version of Camelot. Instead, I wanted to focus on the characters of King Arthur, Queen Guinevere, and Sir Lancelot and their infamous love triangle that led to war. 1960 was a very different time in how musicals were presented, so we tried to find a grounded and grittier way to bring this show to today’s audiences. With the interest in Game of Thrones, we thought the world was ready for a different, modern take on this classic piece of musical theater. It’s such rich, interesting material, with emotional depth and we tried to come at it with fresh eyes.”

The Crucible looms as one of the very greatest American historical dramas and worldwide is regarded as one of the top 20th century plays. In the 1950s, playwright Arthur Miller stood aghast as the House UnAmerican Activities Committee (HUAC) slandered and destroyed lives of men and women during the McCarthy Era’s fanatical anti-Marxist witch hunt. He drew parallels with the 17th century hunt in Salem, Massachusetts, colony of Great Britain for actual witches, wizards, sorcerers, etc. It was also a great opportunity to persecute people for adultery. Recent Crucible revivals have drawn parallels with black site renditions and the persecution of whistleblower of both post-9/11 Presidents and Congress. Some have found resonance with the bloody factionalism in 1990s eastern Europe.

Guthrie Artistic Director Joe Dowling has staged brilliant productions of Miller’s All My Sons and Death of a Salesman. He has also tasked others to direct other Miller plays during his soon-to-end 20-year tenure. But his own final Miller staging of The Crucible surpasses all these.

The cast is filled with stellar performances by different generations of Guthrie veterans in superior form: Peter Michael Goetz, Stephen Yoakam, Michelle O’Neill, Ray Birk, Bill McCallum, Virginia Burke, Nathaniel Fuller, Jennifer Blagen, Greta Oglesby, Bob Davis, Melissa Hart, Michael Booth, Ashley Rose Montondo, Chris Carlson, Tyson Forbes, John Catron. When watching all of these fine actors deliver with such crackling, perfectly paced emotional pitches throughout, and with such deeply understood portrayals, you cannot help but marvel at the standard that Dowling has accomplished with his concept of an acting company over the last 20 years. It is the quality of the acting company over a long period of time that makes an artistic director legendary or not. And with The Crucible, Dowling has crossed into the legendary.

The magnificent Erik Heger leads the way as John Proctor, a freethinking farmer, whose disdain toward the megalomaniacal Reverend Parrish (a brilliant McCallum), is construed as some kind of odd mixture between sedition and blasphemy. Massachusetts had essentially become something akin to a theocracy in the 1690s. Heger goes from a defiant Apollo of the frontier to a man emasculated by the men of the church-based state. His wife, absurdly suspected witch, Elizabeth (a devastating O’Neill), is dragged through the mud with him. They are subhuman heathens in the eyes of Deputy-Governor Danforth (savagely understated by Yoakam).

Richard Hoover’s spectral set with its bold presence of trees reflects the ominous power of Fate. Jane Greenwood’s period costumes are perfectly intimidating. We see how heavy, dark, clothing was used in that time and place to cover the “sinfulness” of the body that puritanical Christianity trafficked in. No color variation except when it represents the brownness of poverty or touches of vibrancy to show off the play’s men of power.