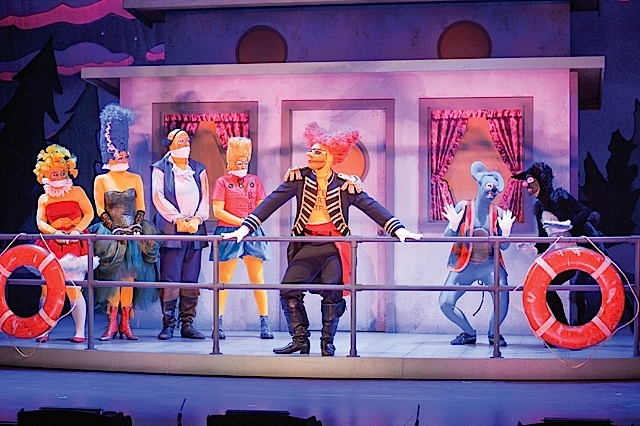 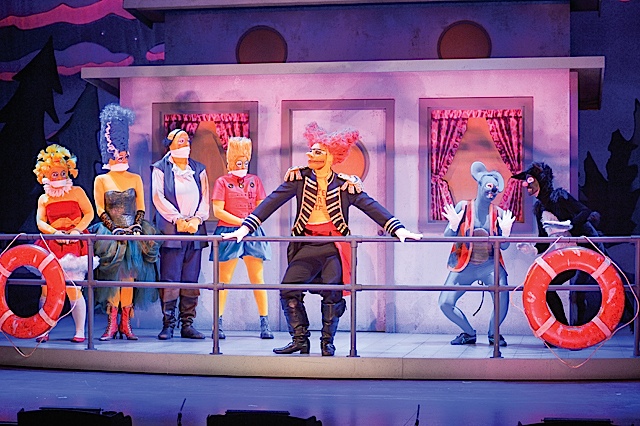 The first act of this post-apocalyptic comedy occurs after a nuclear catastrophe has destroyed the grid we all rely on and seldom think of as ever going out of commission. It’s like the ravaged world of Mad Max where guns and paranoia rule. No electricity. Technological advances are no longer existent. Clusters of survivors have only what’s in their immediate vicinity to draw information from. What if a Bible, Shakespeare, Confucius, the Koran, or Ovid were not available as a fundamental text sources and all you had was an episode of The Simpsons?

Playwright Anne Washburn muses on this in Mr. Burns: a post-electric play, a Guthrie Theater, Minneapolis-American Conservatory Theater, San Francisco Co-Production. A dynamic young cast captures the shock and awe of a lifetime of refugee status in Act One. With visceral immediacy they recount an episode about nuclear power plant tyrant, Mr. Burns. DVDs are no longer playable so memory is all they have to draw from. Seven years later, in Act Two, which plays like a sitcom, they theatricalize the episode from memory in a “society” where tribes are as vehement about drama competitions as scores of millions are today about sports.

75 years later in Act Three a stylized presentation of the episode is offered by a new generation (same actors) in a style hauntingly reminiscent of Kabuki and ancient Greek Drama. The various styles required by Washburn’s book and lyrics and Michael Friedman’s score have been vividly staged by Mark Rucker and music director David Moschler. 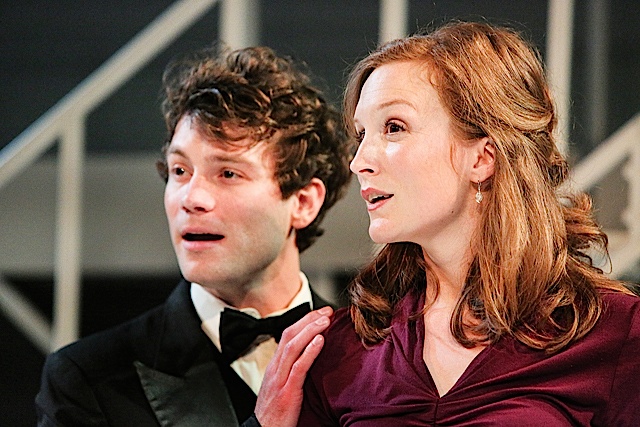 Next to Normal. Photo by Michal Daniel

Director Ben McGovern has staged the rock hit, Next to Normal. Music by Tom Kitt. Lyrics and book by Brian Yorkey. McGovern admires the piece “because of its unflinching look at mental illness, a topic normally approached with prosaic and clinical dryness, if it is approached at all. This show treats the subject with soaring riffs and emotional amplification of a rock musical. Because of the heightened reality that musical storytelling brings to the subject, it affords the story a lightness of spirit that makes delving into the darkness of the subject less daunting. The metaphor of light and dark is explored throughout the story and asks us to publicly reflect on an illness that is often hidden from the public eye.”

Katori Hall’s new play compares the lives of strippers in the context of pole dancing. Set in a club called the Pink Pony, she calls it “an intimate window into the southern strip club world. For each of these women, a choice has been made. For some it’s a step down, for others a step up as the Pink Pony stage constantly shape-shifts from a platform for freedom into a gilded cage.”

Nicco Annan, who plays Uncle Clifford, points out that the play uses derisive terms for a reason: “In the world of Pussy Valley we see these words reappropriated into a position of power. There’s an element of vulnerability and fear of intimacy in gay culture and it is often shielded by arrogance. Oftentimes, that arrogance can be the thing that keeps you alive. It becomes the armor from hateful words.” 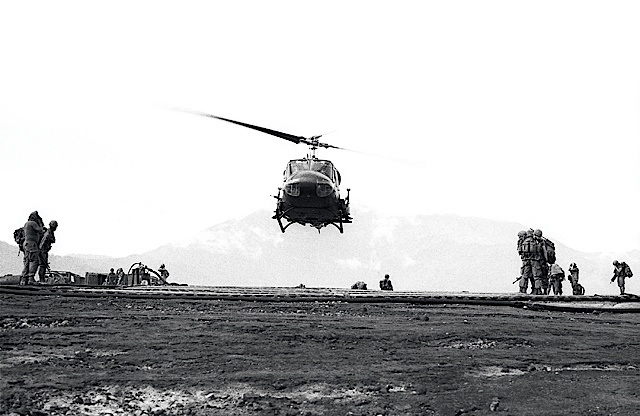 Vietnam: A Window to War. Photo by James Thompson

Looking at James R. Thompson’s superb photographs from his experience as an American soldier in Vietnam in the early 1970s I was struck by the youthful innocence of almost all the young American men pictured. They starkly contrast the crustiness of older soldiers in one of the photos. About 59,000 Americans died and there were thousands more casualties.

Some of the poor rural Vietnamese, of whom over one million were killed and several thousands more injured, are tenderly shown. The humble faces of the old and the vibrant ones of the very young are very touching. Thompson’s images intrinsically reveal not fear or prejudice, but a disconnect between the two cultures. 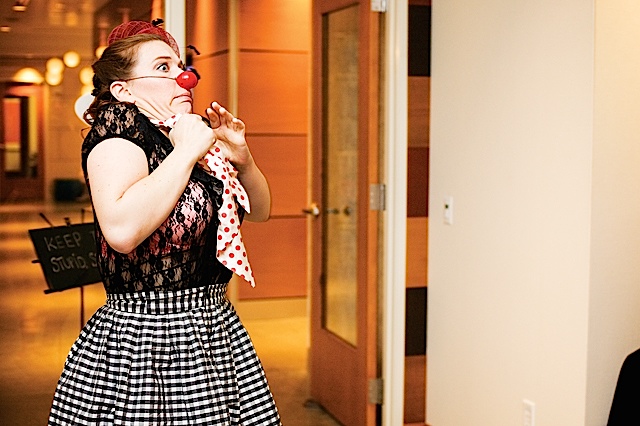 20% Theatre Company Twin Cities and Intermedia Arts present three sets of experimental performance works newly minted by local queer-identified artists. In Set A, Andrea Jenkins gives an African-American transgender perspective in Body Parts: Intersectionality. The automobile and queer culture are mused on in The Escape Machines: Power is Nothing Without Control created and performed by Elyssa Kilman, Basil Kreimendahl, and Emily Zimmer. Set B includes Harrison David Rivers’ drag take on Euripedes’s Trojan Women titled And She Would Stand Like This. Lucy Lucas Valentine’s solo show is Mark: Un-Gendered, Intra-Black, and Overtly Emotive. Set C offers Deja Stowers’ ideas about the body and how it fits into the world we live in; Kenna Cottman performs. Shannon Forney’s Femme Cabaret: a Clown Burlesque is a playful solo take on queer femme identity from a clown perspective.