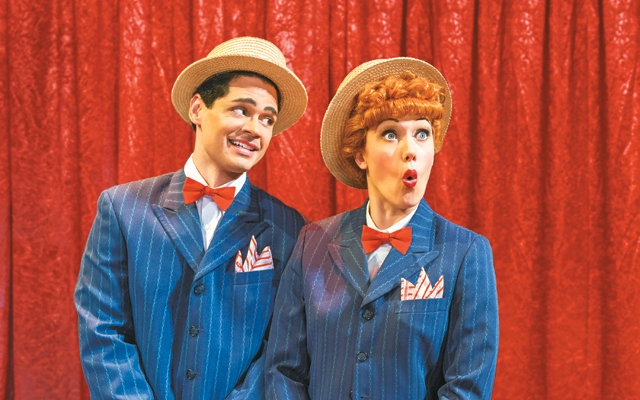 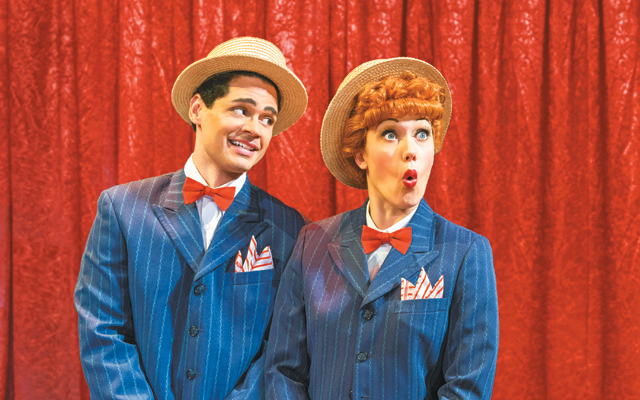 I Love Lucy
Through Jan. 25
State Theatre, 805 Hennepin Ave., Mpls.
(800) 982-2787
www.HennepinTheatreTrust.org
Audience members of the national tour of I Love Lucy on stage in 2015 will take on roles themselves as audience members at Desilu Studios in 1952. There, an emcee describes what goes on in creating episodes for a new phenomenon known as television.

The Crystaltone Singers harmonize 1950s TV ad jingles to suit the format of the live television experience. The episodes being prepared for are The Benefit and Lucy Has Her Eyes Examined. It will be a unique sort of theatrical experience for the State Theatre and Hennepin Theatre Trust.

The Coward
Feb. 6 – 28
Red Eye Theatre, 15 W. 14th St., Mpls.
(800) 838-3006
www.walkingshadowcompany.org
Walking Shadow Theatre is transporting us to eighteenth century England where men defended their honor by pistol duels. What makes this staging of Nick Jones’ comedy different is that women play all the roles.

Director Amy Rummenie relates, “When we first read the script for The Coward, we found it to be hilarious and just our kind of humor: a modern spoof of the kind of period comedies that already tickle our funny bone. But, as much as we loved it, we couldn’t bring ourselves to program a show with seven men and one woman last season. We wanted to find a show that had a better gender balance, and this was wildly off the mark.”

“We moved on to other shows, noting that it would have been perfect if it was just flipped, and one of us quipped offhandedly, ‘What would happen if we gave the ladies all the men’s roles?’ We quickly realized that the show got even funnier, moving from a rather straightforward story of class to a tongue-in-cheek exploration of manliness, gender roles, and responsibility—and still keeping the original goofiness that we loved. By taking just one more step in the direction that the humor is already headed, the satirical tone gets just a little bit deeper and more interesting.” 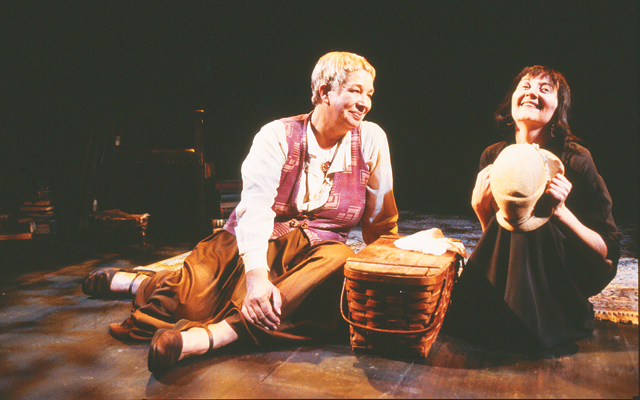 Gertrude Stein and a Companion. Photo by Michal Daniel

Gertrude Stein and a Companion
Through Mar. 8
The Jungle Theater, 2915 Lyndale Ave. S., Mpls.
(612) 822-7063
www.jungletheater.com
The Jungle Theater is presenting its seventh production of the iconic lesbian love story Gertrude Stein and a Companion by Win Wells. No other play has been revived so many times as this one in the Jungle’s 26-year history. Better yet, the same actresses who have immortalized the roles are reprising them. Claudia Wilkens plays Stein and Barbara Kingsley plays Alice B. Toklas. The story spans 40 years of their relationship.

The American expatriates were renowned for their Paris salons. Creative legends such as Pablo Picasso, Ernest Hemingway, and Henri Matisse attended. Stein took liberties with language that gave her a spot in literary history. The two’s bohemian relationship was one that radically challenged social norms and brought forth a template for successful long term gay relationships.

Bain Boehlke directs the play for the seventh time and it also marks the beginning of his final season as the Jungle’s founding artistic director. Expect another sterling example of Boehlke as one of the nation’s great text-based stage directors. Bear in mind, too, that so many Jungle productions of this play over the years means that it surely deeply reinforced positive images of long-term same-sex relationships. So think of that in terms of Minnesota’s marriage equality victory. The Jungle has really done its part.

Defying Gravity
Through Feb. 21
Southern Theater, 1420 Washington Ave. S., Mpls.
(612) 340-1725
www.southerntheater.org
To be clear, this is not the song from Wicked, but it’s a play that muses on the explosion of the spacecraft, The Challenger, which exploded in 1986 and killed all six crew members. New Hampshire schoolteacher and astronaut, Christa McAuliffe, became the focus of the aftermath as well as the inspiration for playwright Jane Anderson. The catastrophe also derailed American optimism just as the Iran-Contra scandal of the Reagan/Bush administration was starting to seriously unfold.Damon Runnels and Meg DiScirorio have co-directed the play with an eye to what Runnels calls “learning to accept the sacrifices necessary for greatness. Not in the usual sense of an individual’s achievements, but instead in the expansion of our species as a whole. The story is driven by the teacher character’s daughter, Elizabeth, but like impressionist paintings—which play a prominent role in the piece—the heart of this play is in the contrasting moments that are constantly shown to us. As an audience member we are always on shifting ground.” Erin Roberts and Roneet Aliza play the teacher and her daughter. 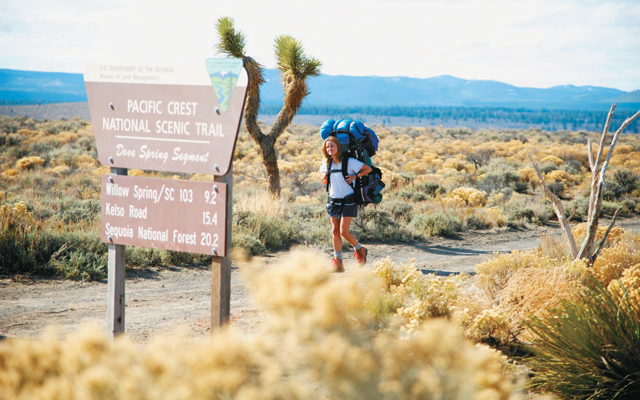 Wild
Area movie theaters
www.foxsearchlight.com/wild
When our indicators go off-kilter and things chronically go wrong in our lives, an intervention or a bold change needs to take place. For Cheryl Strayed, her mother’s untimely death threw her for such a loop that she got hooked on heroin and dangerous sexual encounters with men. To finally break the cycle she hiked the Pacific Crest Trail. Strayed wrote a memoir about it and director Jean-Marc Vallee (Dallas Buyers Club) has turned it into a remarkable new film, Wild.

Reese Witherspoon plays Strayed and she’s never been better or bolder. The Oscar-winning actress portrays the 2,650-mile hike which is the narrative’s framework. Interspliced throughout are deft flashbacks, some of which are set in Minnesota, that reveal the traumas of Strayed’s life. That said, Wild doesn’t feel like a therapeutic self-absorbed exercise, an eco-polemic, or moralistically anti-drug and anti-sex. Instead, Witherspoon reflects a spiritual journey where Strayed goes from being out-of-synch to being free to move forward. Now that sounds simple but when you see this wonderful film, you realize just what an accomplishment that is.