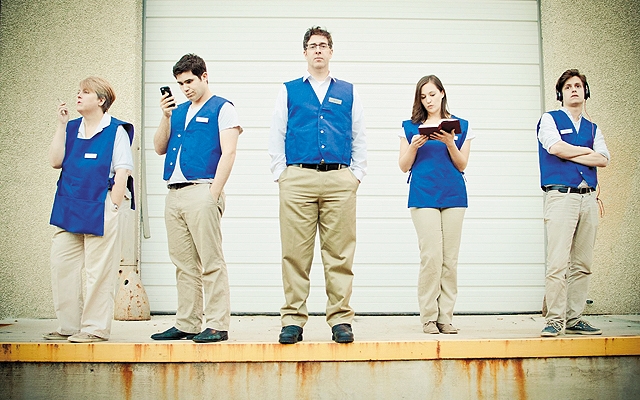 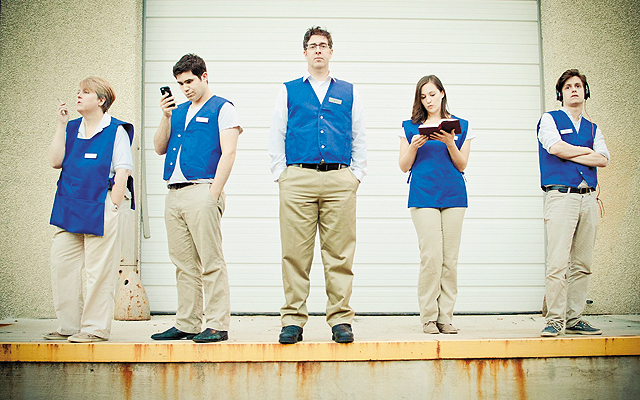 Samuel D. Hunter (The Whale), a dramatist in his mid-30s, has been taking the country by storm with revealing plays about ordinary people. He has a way of creating empathy for characters who audiences may tend to be stand-offish toward. Loudmouth Collective is producing his acclaimed A Bright New Boise. Director Natalie Nocacek says that one of her favorite things about his work is that he never judges his characters or their actions. She shares, “He presents them fully, flaws and all, and asks the audience to consider the full human being before passing judgment.”

Novacek describes: “Will (played by Adam Whisner) comes to the Boise, Idaho Hobby Lobby searching for his son, Alex (Spencer Harrison Levin). Will was a founding member of an ‘end-of-days’ type church, but left abruptly in the wake of a highly publicized scandal involving the death of a young church member while  on a spiritual quest with their pastor. While Will still believes in the essence of the church he founded, he can’t reconcile those beliefs with the actions of their leader. In the midst of his own crisis of faith, Will is also confronted by his co-workers’ and estranged son’s opinions and judgements of his faith and his scandalized church.” 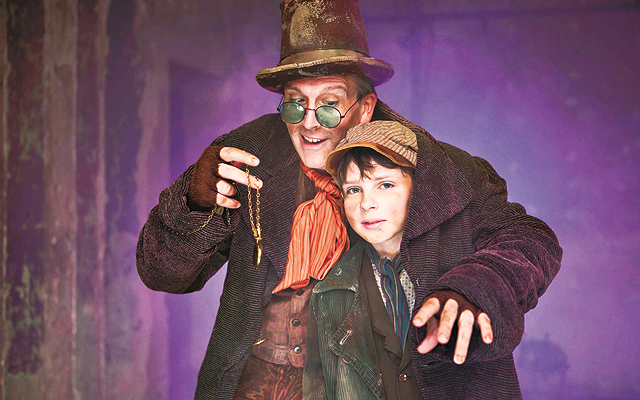 Director Peter Rothstein read the script for Lionel Bart’s musical Oliver! as well as the novel it’s based on, Charles Dickens’ Oliver Twist, just over a year ago and says he “was struck by its relevance. Dickens was examining the impact of poverty on the most vulnerable members of society: children. He was also turning a critical eye on the cost of industrialization and its dehumanizing impact. The novel is both a gritty piece of realism and a fairy tale. The combination of these two seemingly contrary aesthetics offers great theatrical potential.”

Rothstein also has two more aces up his sleeve. Gifted singer-actor Bradley Greenwald will play the iconic role of Fagin and the Minnesota Boy Choir has signed on. Theater Latté Da and Hennepin Theatre Trust are partnering to produce one of the great musicals of British theater as a Broadway Re-Imagined production.

The second offering is Still Standing You performed by the Belgian-Portugese duo, CAMPO (Jan. 15–17). Pieter Ampe and Guilherme Garrido take joy in tumbling choreography, male-to-male body contact, and nudity. You may speculate whether the pair are brothers, enemies, little boys, or lovers.

The third (Jan. 22–24) is Mariano Pensotti’s “filmic drama” Cineastas (Filmmakers). A split-screen set is used to bring four works by filmmakers in Buenos Aires to bring about a mixture of cinematic techniques: montage, flashbacks, cross-cuts, and voice overs.

Director Dann Peterson describes the situation within Jay Presson Allen’s script adapted from Muriel Sparks’s novel: “Miss Jean Brodie (played by Anna Olson) is an independent-minded teacher at an all-girls school between the wars, and she chooses some girls from her class to be the “Brodie Set,” singled out allegedly for their unique personalities, but more apparently for Miss Brodie’s gratification of her own ego and the imitation of some of her own religious ideals. In opposition to the private school’s strict curriculum and authorities, Miss Brodie teaches her girls whatever she believes is important. She often lets the Brodie Set see or hear glimpses of her personal life which again may not keep up the standard of appearances that the board of governors of the school and the up-tight head mistress, Miss Mackay (Mary Kay Fortier Spalding), feel appropriate.”

Peterson observes that “underlying the story is a battle of ideas: Miss Brodie’s Calvinist beliefs against the Roman Catholic beliefs of her paramour, Mr. Lloyd (Emanuel Ardeleanu). Over the course of the play, fascism rises to prominence and becomes a threat in Europe. With the impending war coming to Italy and Spain with the rise of Mussolini and Franco, Miss Brodie encourages her girls to take a heroic approach and this urging has devastating effects.” 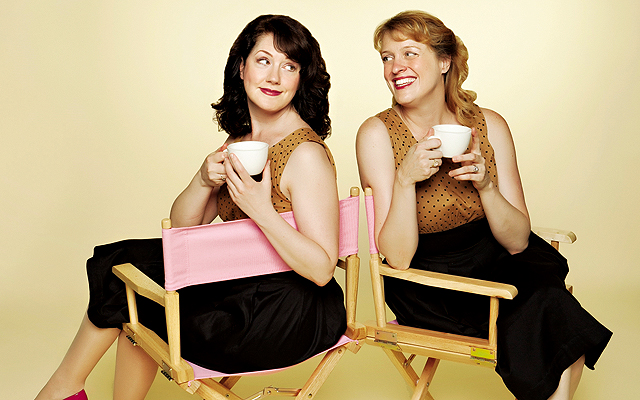 The extraordinarily successful two-woman show from writer-performers Shanan Custer and Carolyn Pool is being reprised again; this time on Park Square’s new Andy Boss stage. Pool says they “portray lots of different women in many different kinds of relationships. Everything in the show is grounded in the reality of everyday life. We just hope to make it funnier than every day might be. And while the show appeals to a wide audience (men tend to like it just as much as women do) there is a special connection that happens when women see themselves portrayed realistically on stage, quite specifically, women in their late 30s and early 40s, who aren’t idealized or crammed into cookie cutter images that we so often see in movies and plays.”