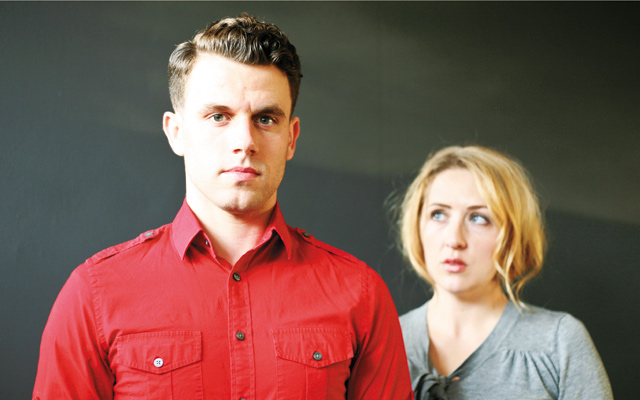 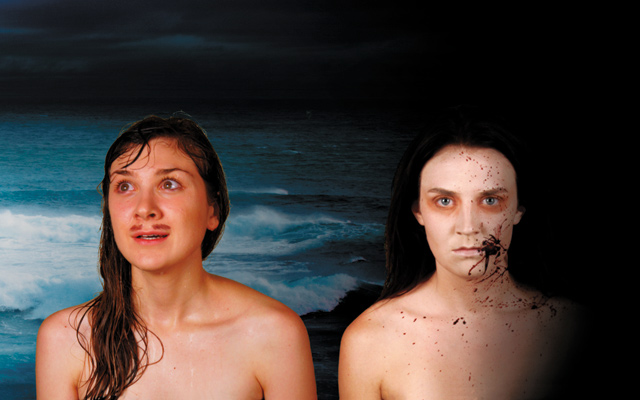 The Duchess of Malfi. Photo by Zach Curtis

Shakespeare wasn’t the only exceptional English Renaissance playwright. John Webster’s The Duchess of Malfi has some of the best lines ever written. Classical Actors Ensemble Artistic Director Joseph Papke points out that the macabre 1612 tragedy features “the prospect of marriage between partners of unequal status and the powerful social and political forces that can work against that.”

Hannah Steblay plays the lead and observes that “The Duchess of Malfi was one of the first public displays of what we now think of as the ‘ideal, modern woman.’ She is an angel amongst a court of corrupt devils and her interactions with these other characters only strengthen the moral discrepancies between her and everyone else. She is powerful, confident, open-minded, assertive, alluring, and chooses to see the good in others, perhaps to a fault, and certainly to her demise.”

Eugene O’Neill, lauded as the Father of American Drama, is given that title because he introduced serious themes into American plays a generation before Hellman, Williams, and Miller. One of his lesser-known early works, The First Man, has been compared to the work of August Strinberg of the generation before O’Neill. It deals with a woman who has subjugated herself to her husband’s dream but then finds that she must separate herself from it.

Director Mary Cutler says that in his 1922 drama, O’Neill  “is as rigorously analytical of relationships and marriages as he remained through his playwriting career. His characters are fraught by the dualities of intimacy, self-fulfillment, and sacrifice for the Other. The First Man demonstrates O’Neill’s uncompromising drive to write of relationships and their complications that his contemporaries, and even we, would rather ignore.” 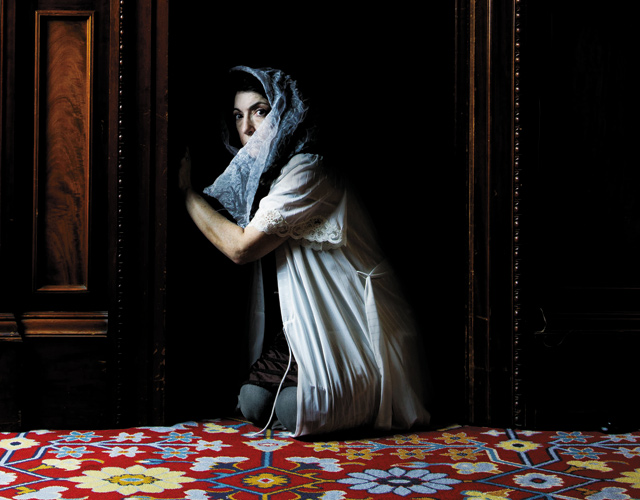 Nimbus’s Co-Artistic Director Josh Cragun calls it “part naturalism, part expressionism, part realism. It deals with themes of desire and repression, with image vs. reality, with the damage that building facades around ourselves can cause. Through the eyes of The Student, a young man filled with optimism and gifted with the ability to see things unseen to others, we embark on a journey that exposes the darkness behind the things that seem most pristine. In the end, we learn that nothing was ever what it seemed, and the people who seemed to have the most power were the ones most crippled by their dark pasts.”

A generation before Lee Harvey Oswald there was another controversial “bad guy” who remains controversial still: Richard “Bruno” Hauptmann. In the 1930s, the German immigrant was put to death for the kidnapping and murder of the baby son of legendary pilot Charles Lindbergh and wife Anne Morrow Lindbergh. Lindbergh himself is a national and Minnesota legend. His political sympathies often raise eyebrows.

At the root of the baby controversy was one of the most criticized and despised gay men ever: J. Edgar Hoover. We sometimes hear of a character who is part of a play, yet who is not actually written as a character into a play, and Hoover might be considered such in John Logan’s bio-drama. Logan wrote of two other gay villains, Leopold and Loeb, in Never the Sinner which was produced by Candid Theater last year. This year they present Hauptmann.

Candid director Justin Kirkeberg observes that “Hoover, while not depicted in Hauptmann, plays a pivotal role in the events surrounding the trial and conviction of the man played by Aaron Henry. At a time when Hoover’s power within the FBI was coming into question, he was able to leverage his considerable behind-the-scenes dealings to federalize the crime of kidnapping, thus inserting himself into the limelight of what was the highest profile crime of that time. Hoover then manufactured experts that became the foundation of Crime Scene Investigations.” (A contemporary of Hoover, who is also considered one of the most negative gay men in history, was Ernst Rohm who led the Nazi SA.) 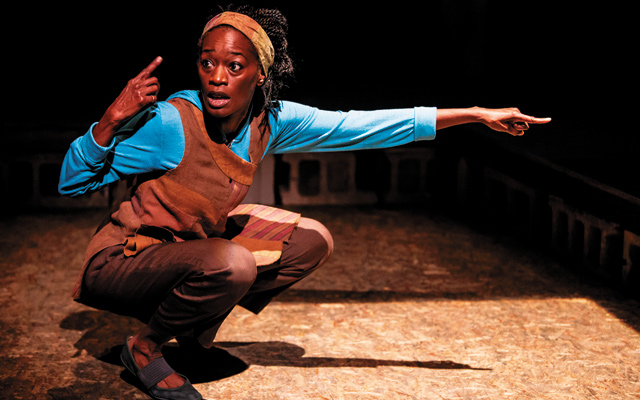 Sonja Parks’s bedazzling solo performance in Seedfolks is a multi-character work that unfolds the story of a community garden that has a collectively positive effect on a depressed, run-down Cleveland neighborhood. Paul Fleischman’s stage adaptation of his children’s book begins with a Vietnamese person simply planting some seeds in an empty lot overrun with junk. It’s as if the wrecked appearance of the area reflects the damaged emotions of the poor people who live there.

Parks plays the range of diverse ethnicities with versatile differentiated brilliance. At first, the story relates the disconnection between various neighbors. However, as they reconnect with the earth, they begin to find common ground, no pun intended. This doesn’t settle their differences but it opens the doors of communication and resolution.

Seedfolks is also a superior example of technology and the human form being in perfect balance in performance. Jorge Cousineau’s projections pan around the urban neighborhood with gliding grace and depth of perception. We see the ravaged beauty of old buildings and streets that may once have been impressive. Victor Zupanc’s music nicely matches the overall effect.