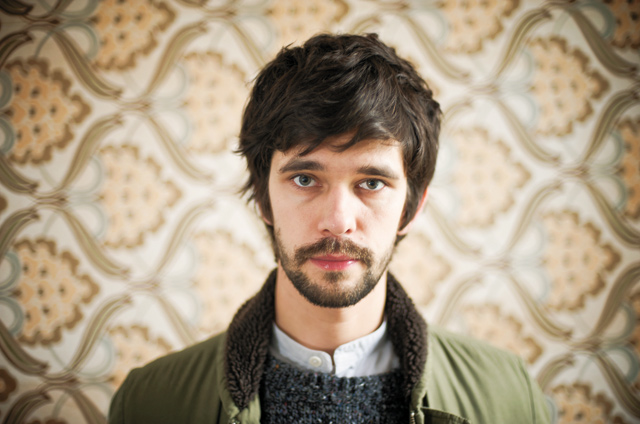 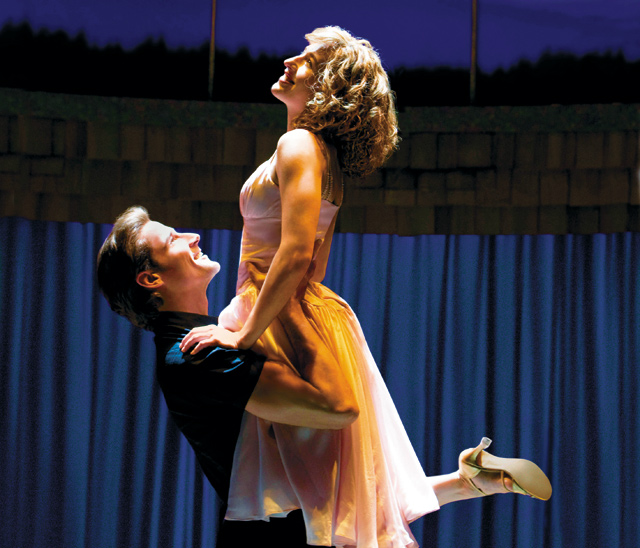 The 1980s dance film sensation has been adapted into a popular stage hit. The national tour’s Dance Captain Nicole Spencer relates, “The detailed partnering work is one of the biggest challenges. Dancers are constantly attached to another person, and both dancers need absolute trust in each other to be able to accomplish the daring lifts, the crazy high-energy jive steps, and the endless backbends. As they say, you need two to tango, and that could not be truer in this show. Fans of the movie will be pleased to experience the same down and dirty staff quarter dancing and high flying Johnny and Penny lifts live on stage. We have expanded on the dancing from the movie and incorporated more ballroom numbers, intensified the lifts, and have brought more emotion to each number.”

This brilliantly original debut feature from London’s Cambodian-born Hong Khaou has a simultaneously endearing and maddening Ben Whishaw as Richard, a gay man of Anglo heritage, unable to release his pent-up anger toward the mother of his deceased male partner of four years, Kai (Andrew Leung). The rub is that Kai never came out to his aging mother, Junn (Cheing Pei-pei) a Chinese widow who speaks no English living in a local nursing home. The conflict is mediated through Vann (Naomi Christie) an interpreter Richard hires. She is caught between Junn’s heterosexist obstinance and Richard’s politically correct gay self-righteousness.

In a time when GLBT people are legitimately enjoying success in the quest for our rights, Khaou gives us a much needed view of ourselves as being less than stellar in how some of us sometimes behave mean-spiritedly in pursuit of being right. Pei-pei’s poignant performance makes us aware that as unconscious and behind the times and cultural curve as Junn is, that nonetheless, Kai would probably not have appreciated how his living partner comes to treat his mother. She doesn’t deserve what he passive-aggressively dishes out to her. That may keep some GLBT people away from Lilting, but that’s exactly why you shouldn’t even think of missing this film. Wouldn’t you rather an empathic soul like Khaou frame our emotional issues, than the far right? 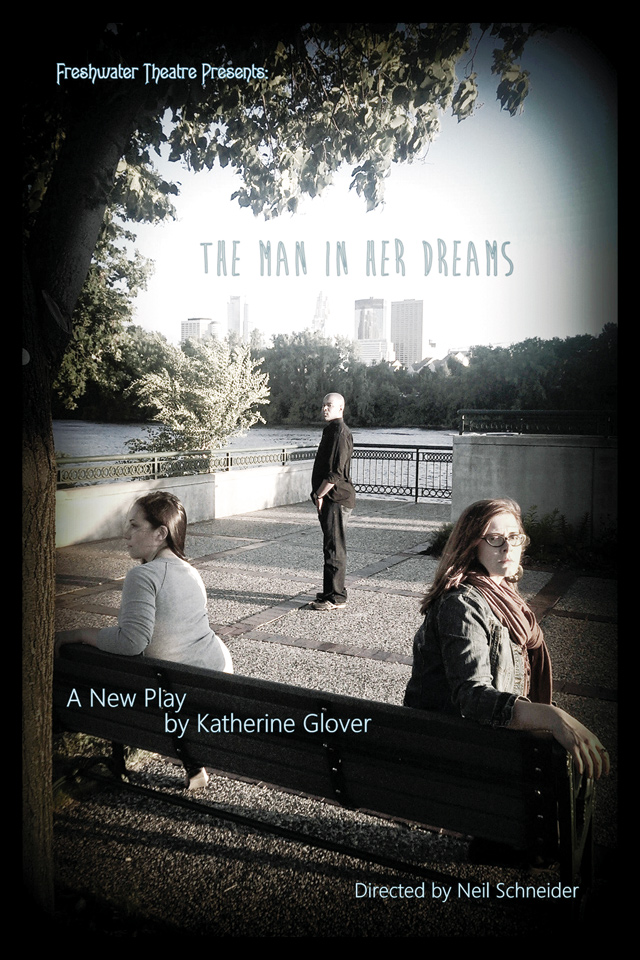 The Man in Her Dreams. Image by Ruth Virkus

Katherine Glover is known for her contributions to GLBT and other media, as well as for her acclaimed theater writing. The solo show she presented at the Minnesota Fringe Festival a few years ago has been remounted but re-conceptualized. Glover says, “About 12 years ago, while doing a story on the Innocence Project of Minnesota, I met a woman who had not only survived a brutal attack but years later also had to grapple with the fact that she had mistakenly sent the wrong man to prison. The story haunted me. Wrongful conviction is such an intense and terrifying form of injustice, and I was also fascinated by all the ways memory can play tricks on us. I started doing research to come up with a fictional but plausible story for my one-woman show, Dead Wrong, which I later expanded into The Man in Her Dreams.” 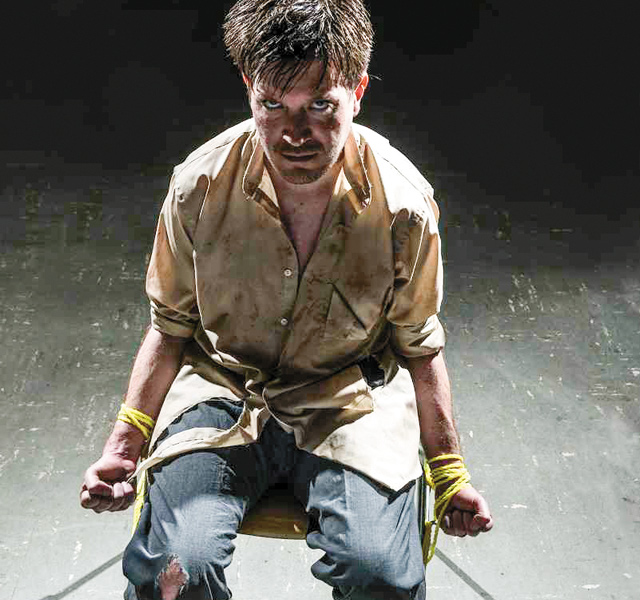 George Orwell’s novel looms as the ultimate cautionary tale against government authoritarianism. He is dear to the hearts of sexual minorities because of his understanding of how erotophobia and war can be used for mass thought control. Grant Henderson plays protagonist Winston Smith, a man in a society that unconsciously swims in a sea of fear-inducing propaganda.

Theatre Pro Rata director Carin Bratlie says, “1984 is really just the classic story of Jack the Giant Killer, but modernized. It’s one man’s struggle against a totalitarian regime that is hell bent on submission. It’s interesting that though the Party doesn’t want mindless automatons—it wants its members to think and judge—the twist is that it wants Members to only think and judge what is in line with the Party’s decrees as the norm. Michael Gene Sullivan’s new stage adaptation keeps all the suspense of the book but highlights it in a truly theatrical way. It takes place entirely inside the interrogation room.”

Dramaturg Christine “Kit” Gordon shares, “Given Edward Snowden’s revelations about the NSA, the news that Facebook is running psychological experiments on its users, and ongoing revelations about those in power lying to citizens—most recently highlighted in coverage of the 1964 Gulf of Tonkin resolution 50 years ago in August—we seem to be under more surveillance than ever.”

Bratlie adds, “Internet data stealing and storing, drones, militarization of our police force, metrics to track and predict our behaviors, and the overall giant experiment of human behavior that is the internet: it all seems to bring 1984 into stunningly applicable focus.” 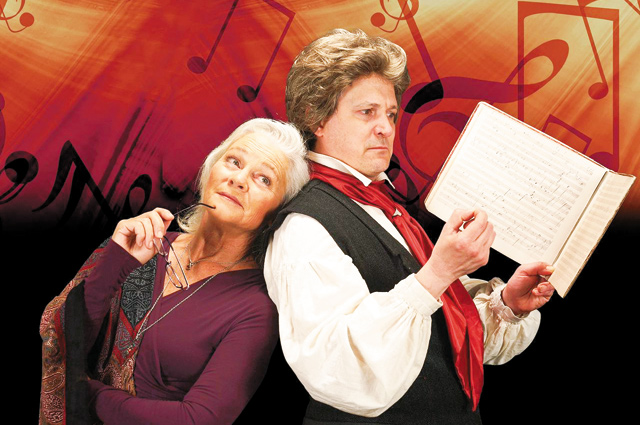 Moises Kaufman is a champion of gay drama. The Laramie Project and Gross Indecency: The Three Trials of Oscar Wilde ingeniously took printed accounts and citizen observations about the death of Matthew Shepard and the downfall of the great gay playwright and turned them into compelling dramas. Kaufman’s adaptation of Tennessee Williams’s shunned screenplay of his (Williams’s) short story, One Arm, is a stunning evocation of a straight veteran who sells his body to gay and bisexual men.

Kaufman’s Tony-nominated 33 Variations now receives its area premiere at Park Square. Director James Rocco shares, “Kaufman is a modern poet. He captures the sound of contemporary people and manages to turn their words into revelations about the times we live in. He has boldly dealt with issues that are vitally affecting us all. Although 33 Variations is not a ‘gay’ play, its issues explode with revelations about people—all people. More and more I am envisioning a world where we realize there is diversity and unity. In spite of our differences we are all people living together on this planet. In 33 Variations he addresses the search for making sense of our human existence and the varying ways a person may choose to lead their life.”