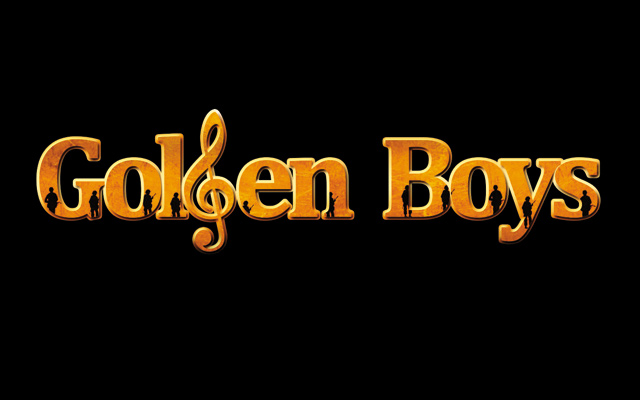 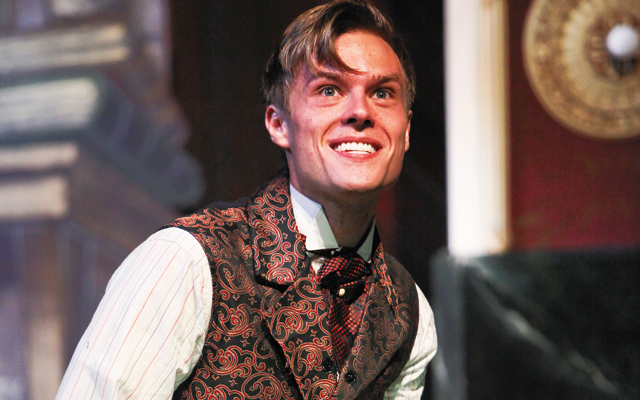 Now that the Mississippi is back to more normal levels the Minnesota Centennial Showboat is back in business. This summer’s Victorian melodrama, Dr. Jekyll and Mr. Hyde, gives us the very template of the “split personality.” The stage adaption by Thomas R. Sullivan from Robert Louis Stevenson’s 1886 novella, The Strange Case of Dr. Jekyll and Mr. Hyde, isn’t as shocking to contemporary audiences but it is a lively crowd pleaser that reeled in the boos and hisses the night I attended. Jekyll is an upright citizen of rank by day and a savagely violent man, Hyde, by night. Christian Boomgaarden relishes the dual role and is aided by a solid cast that also sings and dances musical numbers called olios between the acts.

Music Director Vern Sutton’s olios are especially good this year with an outstanding soprano in Kelsey Peterjohn and an adorable drag turn by Dan Piering as Queen Victoria. Pianist Anton Melnichenko is peppy and stylish but sometimes he overpowers the voices.

The racial integration of the military is a milestone in American civil rights history. One of the US Army’s first racially integrated units is the subject of Golden Boys the Musical. When book writer and composer Horace Turnbull visited a World War II exhibit about an actual army unit that performed musical theater, the seed was planted. Turnbull shares that “after being inspired from my visit to the New York Historical Society’s Museum last Memorial Day, what was very clear from the beginning was the potential for lots of dancing. That was an exciting proposition I couldn’t resist. What followed were all the ‘what ifs.’ What if the army unit I create had a wide cross sector of men racially, as well as socially and economically? What if the typical two-dimensional characters of a typical musical were a vehicle for something more? I didn’t have the answers at the time, but it was the platform for my creation of Golden Boys.”

Director  Kim Martinez says the show “embodies love that these men had for each other and the importance of their contribution to the country during this dark time. I feel a tremendous responsibility to make sure that the production truly reflects the breadth and depth of the relationships that would forever bond these men.”

The first show Theater Coup d’Etat’s Peter Beard and James Napoleon Stone acted in together was the most popular comedy of all time, William Shakespeare’s A Midsummer Night’s Dream, at the University of Idaho in ’07. Beard shares, “This show for me is one that holds special significance; it was my first Shakespeare and it was the show that James and I became friends while doing. Those two things are reason enough to want to do it again, but there’s more to it than just nostalgia. This play gets done every single year in multiple places across the country, not to mention the world. The question is, why keep doing it? The answer for me is because it is fun. This play is so light and full of life and love that it has been joyful to work on it. It is truly one of those magical shows.”

Stone points out that in most Coup d’Etat shows “someone dies in nearly every play. Time for us to shine a little light. Just this once. And for me personally, I have the honor of creating it with someone I have the fortune of having a history with and trust implicitly.”

The Minnesota Fringe Festival has continually showcased performances that delve into issues of queerness and difference. You can even go to their link for shows with GLBT content. This year’s highlights include Geneaology of Happenstance which looks into gay couples having babies. Writer/performer Allegra Lingo shares, “The first thing I did when Amy and I started this baby-making journey was to look for a book, a memoir, of someone else’s story and experience, so I would know what to expect. The problem was, one didn’t exist. I figured, ‘I’m a writer; I might as well be the one to write it.’ So that’s what I did. I decided to adapt a book for a Fringe show because it’s a good story, one that is only unique because no one really talks about the circumstances surrounding planned pregnancies, whether it’s gay or straight couples, and I want people to start talking.”

Joseph Stodola directs a piece that began as short story in the early 1940s, One Arm. Author Tennessee Williams worked on a screenplay of it for decades but its frank view of gay subculture and veterans was unwelcome despite the pre-eminent playwright status he came to achieve. Finally, it has been adapted for stage by Moises Kaufman (The Laramie Project, Gross Indecency: The Three Trials of Oscar Wilde). When a military officer (Bryan Daniel Porter) loses his arm in a car accident he turns to selling his body to other men to survive.

Choreographer Lisa Vogel offers Merging Dualities from a ballroom dance perspective. She says its meant “to challenge the audience’s perceptions of gender roles, body image, movement styles, attitudes about lead/follow partnerships, and the beauty of the human body in movement.” 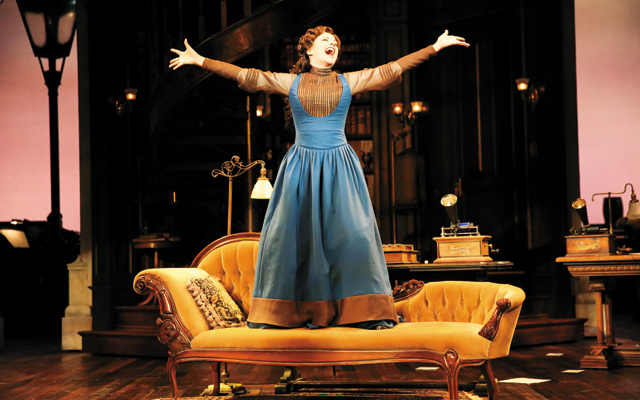 Lerner and Loewe’s musical My Fair Lady, clearly based on George Bernard Shaw’s comedy, Pygmalion, is at its core a work that reveals the misogynistic mental cruelty and intense class arrogance of upper class linguist Henry Higgins. His victim is an unschooled Cockney vendor, Eliza Doolittle, whose grasp of the English language is crude and blunt in contrast to the Higgins’s cultivated Englishman’s tongue.

The Higgins role is tricky because it can get lots of laughs at the expense of Eliza’s ignorance if the professor’s constantly callous chauvinistic comments throughout are not perceived by the audience as the demeaning nuggets of cruelty they truly are. Many actors and directors fall into this trap in interpreting either script, including Rex Harrison’s iconic film performance.

However, Guthrie actor Jeff McCarthy and director Joe Dowling get it right! Though McCarthy is a hoot, he finds the arrested emotional development beneath the character’s surface, which he well reveals at various points and especially in interactions with the first-rate Melissa Hart as Higgins’s mother. Like Penelope Wilton’s Mrs. Matthews in Downton Abbey, Mrs. Higgins has recognized the darker rhythms of the privilege she was born with and is disgusted by Henry’s bigotry.

Helen Anker is transformational as Eliza goes from Cockney coarseness to über-elegance. Tyler Michaels as young gent Freddy imbues the tune The Street Where You Live with pure joy. Joe Chvala’s choreography is boisterous and vibrant.

Shaw warns us of the dark side of advanced intelligence. We are also made to face the fact that most of us— whatever our race, gender, or income level is—subconsciously want to re-make others into something that suits our own ego rather than reality. The Pygmalion myth recounted in Ovid’s Metamorphosis refers to that, hence the title of Shaw’s original. And as McCarthy and Dowling show us, Lerner and Loewe grasped that as well.