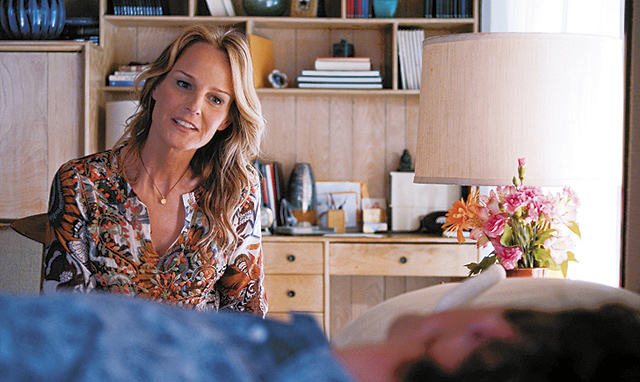 There are few films in all of cinema that approach the healing power of The Sessions. Perhaps no film has so guilelessy defied cultural mandates that explicit sexuality must be automatically shamed. Its source: Mark O’Brien’s autobiographical essay, On Seeing A Sex Surrogate. And though it will be said over and again, I submit that John Hawkes and Helen Hunt give consummately noble, historic, and Oscar-worthy portrayals. Moreover, what in other hands would have been tragic becomes a transcendentally expansive and thrilling film experience that could actually shift your perception of reality.

Through Ben Lewin’s sensitive direction and screenwriting, Geoffrey Simpson’s intimate cinematography, Lisa Bromwell’s deft editing, and Marco Beltrami’s exquisite score, nothing short of a milestone film has emerged that rejects out-of-hand the asexual stereotype of persons with disabilities. Instead, it integrates their sexual expression as a vital part of healthy living. A splendidly radical notion.

In one of the finest performances of his superlative career, William H. Macy reveals sublime nuance as Mark’s priest and pal. He embodies society’s conflict of sex as immoral v. natural, and the film’s overall view implies that sex is actually a profound healing force. This shattering insight is understood by the entire major supporting cast, mostly female. They are fabulous, brave, and compassionate. The Sessions comes closer to settling the spirit v. the flesh issue of the major western religions—Judaism, Christianity, and Islam—than perhaps any work of art ever. If everyone was required to see it, there would be a cultural shift away from sexual shame.

Director Peter Rothstein shares, “I have always loved the score of Company. It’s one Sondheim classic after another. But the book never spoke to me; it felt limited to a specific time and place. However, reading the script in light of the current marriage debate, this once-groundbreaking musical suddenly felt relevant and important again. I’ve moved the action from 1970 to 2012, which hopefully sheds a contemporary light on Sondheim and book-writer George Furth’s hilarious and profound work.”

Clearly, Rothstein’s approach has paid off. Theater Latte Da’s Company has garnered rave reviews which have acknowledged the update. Moreover, Dieter Bierbrauer as protagonist Bobby who weighs the pros and cons of tying the knot, has only increased his popularity as one of the region’s great musical actors. 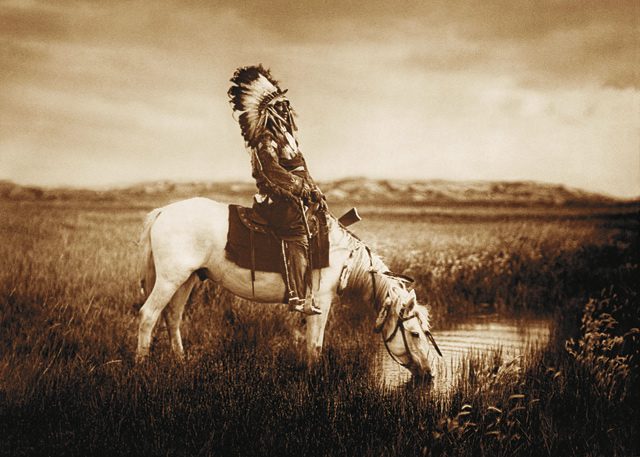 Profound and exhilarating, this deeply evocative photography exhibit chronicles the vision of Wisconsin-born Edward Sheriff Curtis (1868-1952) who made a monumental photo-ethnographic study of Native Americans between 1906 and 1930. Curtis also recorded Native languages and music. President Teddy Roosevelt gushed about his talent. But before one plays the racism card against him, an excellent exhibit video addresses that so that the politically-correct must process that topnotch Native American observers consider Curtis invaluable. Had he not come along, there probably wouldn’t have even been a photographic record of note of Native people. Consider too, that in the 19th and early 20th century, photographs of whites showed them dressed their best. Ditto Natives and the gorgeous clothing this exhibit’s photos convey.

Furthermore, some Curtis images are a breathtaking prelude to the majestic nature photos of Ansel Adams—At the Old Well of Acoma, Crater Lake, An Oasis in the Badlands, and Canyon de Chelly (which was actually taken in 1904). Man in balance with nature is mystically rendered in Katenai Duck Hunter. Beautifully vulnerable domestic scenes include Taos Water Carriers and The Potter, and close-ups of children and youth will tug your heart.