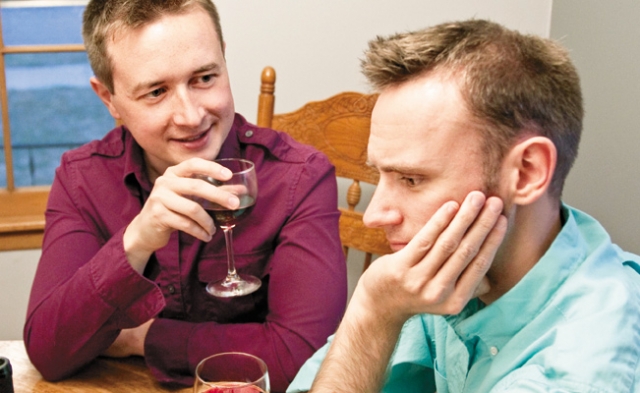 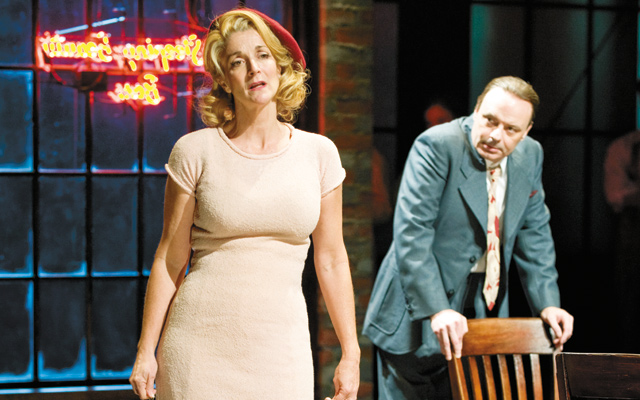 The Guthrie Theater launches its 50th season with a celebration of British playwright Christopher Hampton. His fascinating 1983 comedy muses on a conflict that theater and film artists so often wrestle with: dramatic and cinematic art v. commercialism. As with many Hampton scripts, it’s marvelously historical. Anyone interested in ramifications of Nazism beyond the typical American battles cult that so many people have reduced that period to will be thankful to Hampton having taken this on.

Tales From Hollywood concerns writers who fled Hitler’s Germany and thence navigated Hollywood’s sternly hierarchic studio system from the late 1930s to the post-war years when McCarthyism was wielding its tyrannical club at Tinsel Town. Thomas and Heinrich Mann and a rather cartoonish live version of Bertolt Brecht are part of this rather episodic dark comedy. Hampton, intentionally, doesn’t develop the characters as fully as those in his plays Dangerous Liasons and Total Eclipse or his Atonement and Carrington screenplays. Yet he gives us a lusciously free-flowing view of the era. Tales is directed with sensitivity by Ethan McSweeney and there’s a magnetic performance by Keir Dullea (2001: A Space Odyssey) as Heinrich Mann. Jason H. Thompson’s projections distract at times with images of what’s actually being played on stage. At other times projections capture the period effectively.

In recent years, 30-year-old playwright Gemma Irish has impressed Minnesota Fringe Festival-goers with Yvette and Even Yours. An original and unafraid thinker on issues of sexuality, her latest premieres as staged by the new BOOM! Theater troupe. Titled Engaged, it follows what happens when a gay male couple attempts to raise awareness among friends about the impending marriage amendment vote. Irish shares, “I wanted to explore the internal vs. the external. What does it mean that the government has an opinion on whom I’m in love with? How do I reconcile my private life with my civic life?”

Irish and her fellow BOOM! co-founder, actor Patrick Kozicky, wanted to weigh in on the controversy and got their friend, accomplished actor Joe Bombard, to play opposite Kozicky as the play’s central male couple. Bombard says, “at its heart, Engaged is a relationship play. We dispel any myths that same-sex relationships are any different than heterosexual relationships. Both have ups and downs, triumphs and struggles, consensus and dissent. The difference is in the politics.”

Kozicky says Irish considers “a discussion between why we should get married, instead of why we should be allowed to be married. This play takes on both conversations.” Director Christine Karki adds, “the three couples in the story are all in ‘non-traditional’ relationships, which adds yet another layer of complication.” 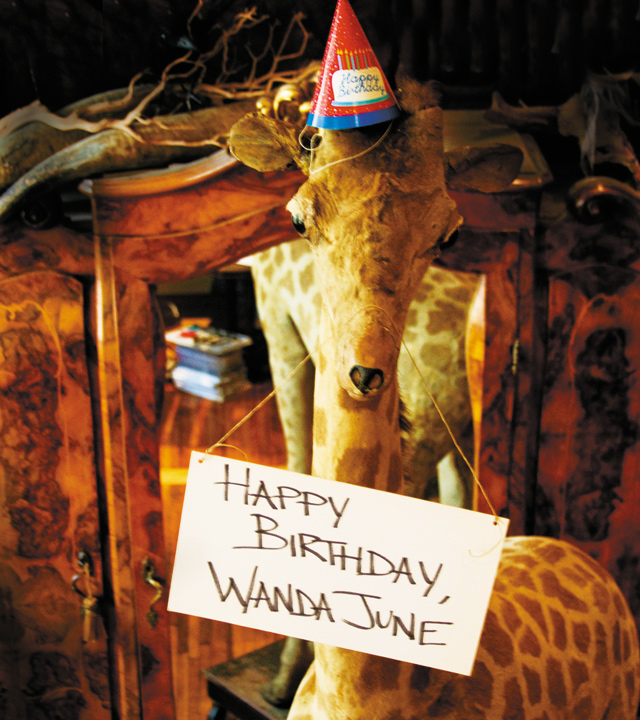 Thank goodness for Nimbus Theatre. They often produce important plays that are too controversial for the ‘Big Boys’ like Albee’s The Goat or gems which have fallen off the radar like their current production of Kurt Vonnegut’s seldomly produced, but critically acclaimed, Happy Birthday, Wanda June. When you see a Nimbus show, your intellect is always engaged. That in itself is a revolutionary act, nowadays.

Heterosexual Vonnegut (1922-2007) was a formidable critic and satirist of 20th century American life and politics. Like his non-heterosexual contemporary, the great, late Gore Vidal, he raged against the National Security State, and in Wanda June, Vonnegut’s views on masculinity are fiercely put forth.

Kevin Carnahan, plays the war hero—big game hunter, Harold Ryan. He says, “Ryan indulges in a kind of machismo that’s mostly about dominance and privilege. He’s a reactionary. He’s narcissistic, violent, and borderline sociopathic. He sees himself at the top of the food chain. He’s cut off from his better feelings and sense of humanity. In the play, he finds himself unfit to function in a civilized society.” To quote from the play, “Man as he was meant to be: a vengeful ape who murders. He will soon be extinct. It’s time; it’s time.”

Five cast members—four female, one male—have character names like Etymology and Jargon in Rachel Jendrzejewsi’s play. She says, “they’re not people, per se, they’re performers embodying layers and layers of images, ideas, actions, histories, and possibilities. But of course, before our eyes, we’re still seeing human beings and very likely making judgments about their gender, orientation, relationships to each other, etc.— particularly in this piece, as each ‘character’ slips in and out of recognizable behavior. People like to make meaning, and most of us have pretty ingrained ways of doing so. In the script, I’ve stated that any of the roles can be played by performers of any gender and any background. But I’m very aware that different configurations of people could conjure very different interpretations of the play for different audiences.”

In director Steve Busa’s staging, the four female performers exist “inside the house” while the single male performer exists”‘outside the house.” Jendrzejewski questions our sense of the what she calls “the binary: Inside v. Outside. Individual v. Collective. Mind v. Body.”

Producer Michelle Pett points out that “it was only once I started casting that I realized I was tapping into the desire by many mid-career artists to take a public stand in support of same-sex marriage. We’re all deeply invested in this community and this state. It’s where we’ve built our careers, our relationships, our families, our homes.”

Peter Rothstein directed perhaps the Guthrie’s greatest production ever of a queer play, M. Butterfly in 2010. Dustin Lance Black is beloved for his Milk  screenplay (2008).