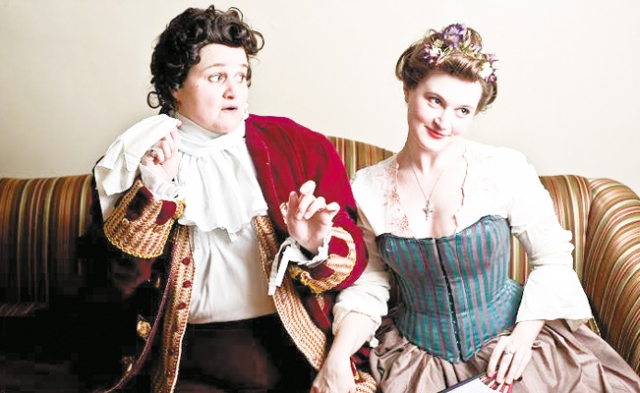 This play from the 1660s by Antoine Jacob de Montfleury has been adapted by John Strand with an eye toward its stylized commedia dell’arte roots. (Think harlequins and curvingly stylized movement.) Noe Tallen plays protagonist Julie, who was left on a desert island by her husband for three years but returns to civilization disguised as a man to seek vengeance on the cad.

Tallen recently shone as Brutus in Theatre Unbound’s fine all-female cast staging of Shakespeare’s Julius Caesar. She got into the psychology of the man and manifested him quite remarkably, and one expects the same here, though Tallen quickly points out, “I have never played a woman pretending to be a man.” She says “I usually approach a role with empathy regardless of gender…If I were to experience this situation, how would I react or feel. I don’t think I will have any problem relating to Julie. I have pretended to be a man before, and a character who has been scorned is nice and juicy. Revenge is fun to play with!  This play is a farce, exploring the frenetic humor and pratfalls, and balancing those with the tragic character flaws.”

Carin Bratlie, who also directed the all-female Julius Caesar is also doing the same with Lovers and Executioners. Of Strand’s adaptation she notes, “I was particularly struck by how modern the language is while still playing in rhyming couplets. It’s very accessible and very fun. Lots of clever word play and hysterical characters.” 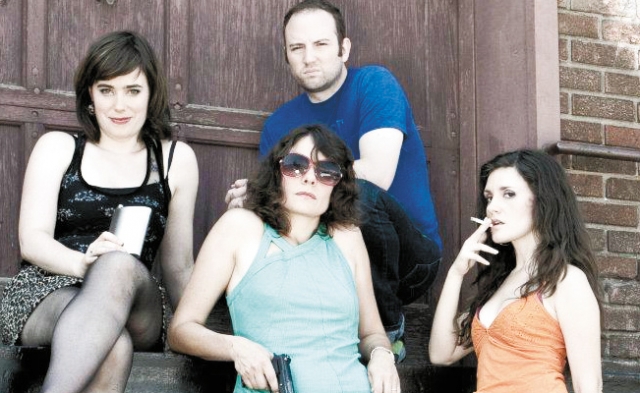 Outside Providence. Photo by John Eastman

Since the 1980s, Edward Alan Baker has steadily developed a loyal fan base, yet he’s still not as widely known as he ought to be. One of the Twin Cities’ most accomplished directors, Matt Sciple, is doing his part to change that by staging three Baker one acts with themes of class and gender. He observes, “the main characters are all women on the margins of society who are the children of women who treated them poorly, desperately attempting to break this cycle with their children. But Baker’s plays—and these in particular—also concern the corrupting power of delusion and lies, and conversely, the healing power of the truth, however bleak that truth might be. Instead of despair, his characters find dark humor in their plight and hope in each other. They have little choice. They are all they have. And Baker, because he grew up in Providence, Rhode Island, on the specific streets and in the real places in his plays, clearly and fittingly, loves these characters with great affection, but a bracing lack of sentimentality.” The titles of this regional premiere grouping are Outside Providence, Dolores, and Rosemary With Ginger. 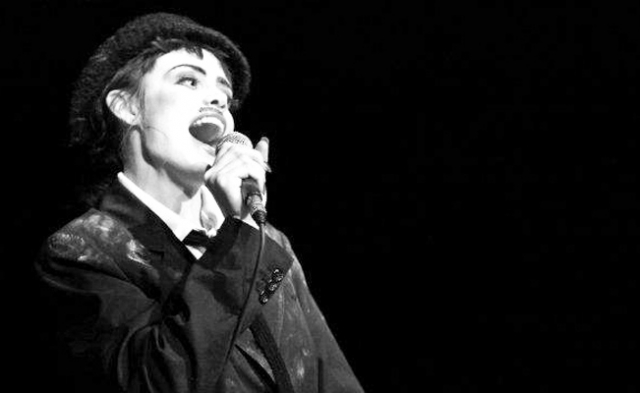 A Tribute to Charlie Chaplin. Photo by Brad Dahlgaard

Aura Marie has had her own share of struggles and has come to realize that seeing the humor and absurdity in all that is what keeps you sane. Marie, who likes to draw from the vaudeville tradition, is known for various characterizations, but Charlie Chaplin is especially close to her heart. Marie is also amazed and concerned that, when she’s performed her tribute show, many people don’t know who he actually was. But she feels he’s very much for our own time, nonetheless, because he looked at stereotypes; having been stereotyped by others herself, Marie says, “I can throw it back at people and laugh at myself and make other people laugh.” She also confides something fascinating: men of various ages have come up to her after performances and said, “You know, I’m not a homosexual, but I find you very attractive.”

It’s been 10 years since this little theatrical gem hit the local scene and would go on to become a global sensation along with its two performers Brian Sostek and Megan McClellan (aka Sossy Mechanics). But if you haven’t seen it in awhile, it will be worth checking out again to see the evolution. And if you’ve never seen it, you must. It’s a marvelous physical theater experience. Sostek plays a boxer with financial woes, and McClellan plays a dancer. They amaze with boxing, dance, and intense dialogue that will make your head spin. It takes place in the 1930s when the underground economy was as big a factor as it’s ever been. In our own time of economic despair, Sossy Mechanics, shows that imagination and an expanded view of ourselves may be just what we need to get through the hard times. 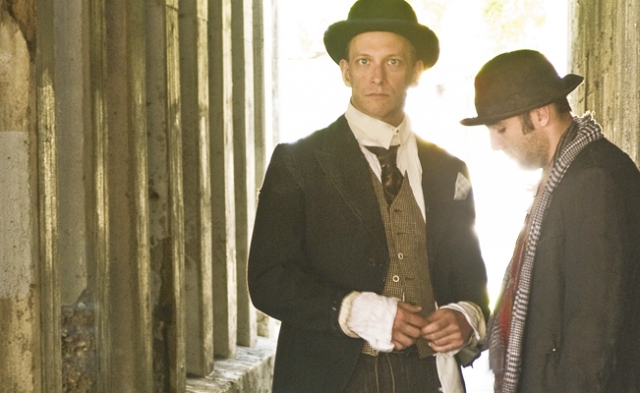 In 1953, Samuel Beckett’s absurdist play changed the course of dramatic history. Whether you like it or not, Waiting for Godot, wherein two men wait at length for someone to meet them in a timeless space, is considered by some scholars and theater devotees to be the 20th Century’s greatest play. What can be agreed on, however, is that it captures the sense of alienation that the post-World War II era seemed to feed on. Think about the horrors spun by populations loyal to HItler, Hirohito, and Stalin and their subsequent ramifications and you can understand why.

Godot is often categorized with other great existentialist works like Camus’s The Plague, Sartre’s No Exit, and Albee’s The Zoo Story. The Jungle revives the classic with Nathan Keepers and Jim Lichtscheidl as Estragon and Vladimir. You can expect a kind of clownish interpretation, an approach which serves productions of this play well. Also featured are Charles Schuminski, Allen Hamilton, and Bain Boehlke, who also directs.