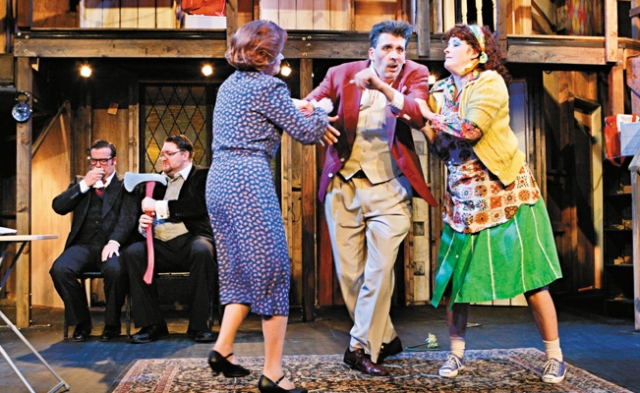 Noises Off. Photo by Michal Daniel

Noises Off. Photo by Michal Daniel

In the UK corny sex farces have known great success despite bad reviews. Silly shows like No Sex Please, We’re British , and Run For Your Wife have titillated audiences with titty humor and naughty innuendo that stir up the inner adolescent in us all. In his 1982 slapstick masterpiece, playwright Michael Frayn spoofs such a farce he titles Nothing On. It’s the play within that masterpiece, Noises Off.

Act one presents a disastrous stage rehearsal with missed entrances and exits, lost contact lenses, drunkenness, and fumbled lines. All of this dissonance must actually be played with precision, which it is in the Jungle’s vibrant production. Act Two is Nothing On on opening night from the backstage where the actors act our all sorts of misfires and misunderstandings. Act Three is the troupe in performance at the end of their tour where everyone has said to hell with it and act out the semblance of the show. 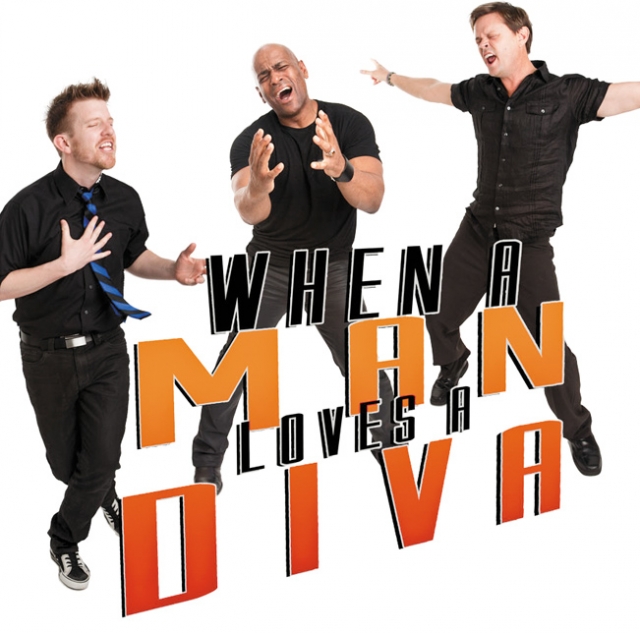 When a Man Loves a Diva. Photo by Steve Veigli

It’s been three years since this popular gay-oriented show was first performed at the Lab but some new enhancements have been added. Actor/Vocalist/Writer Dane Stauffer says “We are bumping up the production values with this production. We are directed by Andrew Rasmussen (Cardinal Theatricals’s Rent and Rocky Horror Show). It offers new musical selections. We’ve added some ’emerging’ divas to the mix of the pop classics of the earlier version. Plus we’ve swapped a few songs out and a few others in… Can you say Proud Mary?’ This time, in addition to Sanford Moore on the keys and Steven Jennings on the drums, we’ve added more heft and rock with a bass and guitar, so it’s a full band. I’ve revised the script and we have a real set with light up letters and so forth! And in an effort to recapture the magic of Ruby’s Cabaret of old, we have the white tablecloths, for the ‘cabaret seating’ anyway, the small plates of food, the beer and the wine. And while it may not completely recapture the legendary Ruby’s Cabaret of old, it comes damn close!”

Stauffer hails from the Twin Cities where he trained in his youth at the Children’s Theatre Company and has spent recent years working as an actor and a singer in Los Angeles and San Diego. He recently appeared with Jeff Goldblum at the LA Blues Revue, backed up Estaire Godinez at Herb Alpert’s Club Vibrato, was awarded Best Featured Actor in a Comedy by StageSceneLA for All in the Timing, and recently filmed Sports Heaven with Christopher Lloyd.

In California and Minnesota, Stauffer has also made his mark with the record-breaking box office smash, Triple Espresso. He recently work-shopped a Jazz/spoken word concert  at Illusion Theatre, called Mama, I Can Scat! with Peter Schimke, Jay Epstein, and Graydon Peterson. His improvisation skills were honed at the Brave New Workshop back in its heyday.

Stauffer is joined by two other marvelous performers: the magnetic Julius Collins and the dynamic Ben Bakken.

Subtitled A Gay Fantasia On National Themes, it premiered in 1991 and won the 1993 Pulitzer Prize. The first part of playwright Tony Kushner’s two part work is being revived by a younger generation now. Theatre Coup D’etat director Justin Kirkeberg thinks that its AIDS themes as well as its other concerns are just as timely 20 years later. He points out that over a million people are living with HIV/AIDS in the US and over 33 million globally and cites Tyler Clementi’s suicide and other youth suicides as indicators of lessons not yet learned by enough people. Kirkeberg says Angels asks us: “What does a healthy partner owe a sick one? What does a closeted gay man owe his wife? At what price comes change? Ultimately, if there is a God, what is He/She doing?”

James Napoleon Stone plays Prior Walter, the openly gay, HIV-positive protagonist who falls in love with closeted Mormon Joe Pitt played by Peter Beard. Both actors are also the show’s producers and gave moving performances as death camp victims in the gay holocaust classic Bent, a few years ago. Stone says “What makes Prior’s journey unique is that he is at the mercy of virtually everyone and everything. The disease itself controls his body, his lover leaves him, the angel and hallucinations haunt him, and being homosexual and feminine makes him a societal target.”

Beard sees Joe as “the part of us all that resists change because of how it will affect people around us. With Joe we get a rare chance to see a man at the breaking point of trying to meet expectations around him, when those expectations are set up for someone different than who he is at his core.”

Katherine Preble also has claims to a great performance in another gay classic. She played the lead in Maxine Klein’s powerhouse revival of Lillian Hellman’s The Children’s Hour in the ’00s. As The Angel, The Rabbi, and a hospice worker, Preble recognizes Kushner’s spiritual dimensions, stating that though scripted independently of each other “all of them function as mouthpieces of the heavens, the collective unconscious. They drive the audience to examine a universal truth: the idea that we all seemingly are born alone and die alone. Kushner reveals that we are born in someone else’s pain and we all die in our own. Thereby uniting. And by definition, when united, we cannot be solitary souls. We are all related.” 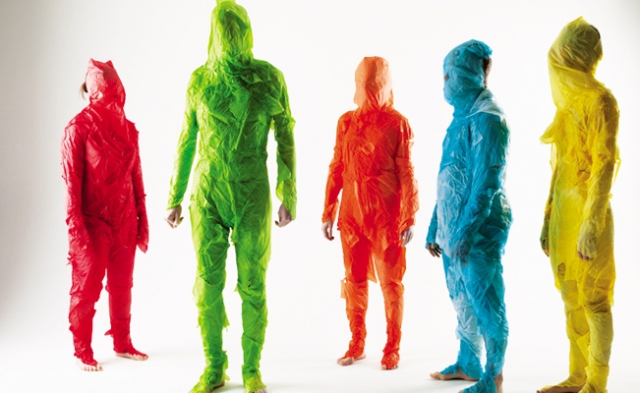 Since Theatre De La Jeune Lune folded five years ago, Live Action Set seems to have filled their space as a physical theater company. That’s a theater where the actors use their bodies in expansive and unique ways beyond basically emulating the movement of characters that reflect the average person. Live Action Set actors move in precise, complex unison at times. They may leap about, contort their bodies, cultivate physical eccentricities, and take or hang in risky postures and positions on or above stage. Postures and positions everyday people just don’t take. Their current piece, Basic North, is the culmination of very different ideas and experimentation.

Co-founder Noah Bremer had been on tour with Cirque du Soleil last year, so he has returned recharged as one of the co-directors. He says Cirque “exposed  me to a world of wondrous amazement. My role required me to perform on a huge scale of extreme emotions and stylized physical vocabularies. Within this larger-than-life spectrum of extremes, honesty was always my base. Truthfulness is essential to connect with 2500 people a night and to fill them with lingering awe. What I am always working toward in Basic North is to expose an extreme honesty, but on a much smaller scale than in the Grand Chapiteau of Cirque du Soleil. At the intimate Southern Theater, I have the opportunity to seize the connection between myself and the audience than I could at Cirque. But, large or small, the end goal is the same: to amaze and bring joy.”

Dario Tangelson is another Basic North co-director. He employs what’s often known as the ‘neutral mask’ effect, but prefers to call it ‘neutral state’. He says “put very simply it is an attempt to avoid the automatic expressive strategies that tend to be the different masks we wear – our social drinking mask, our meeting mask, our reliable co-worker although a bit higher status mask. These are our acquired automatic expressive mechanisms in response to different situations. In Basic North we have tried to introduce a very simple and mundane environment where this neutral character will simply observe and offer a new point of view that does not follow any of the expected strategic rules.”

Zaraawar Mistry recently directed The Origin(s) Project, a rich offering of two, one woman shows by Katie Hae Leo and Sun Mee Chomet about Korean adoptees, at his theater, Dreamland Arts in St. Paul. In Minneapolis he’s developing his own one man show for Illusion Theater’s annual Fresh Ink works-in-progress series. As the title infers, this is not the iconic Mahatma Gandhi but a fictional pilot in the Indian Air Force sent on a bombing mission into Pakistan. Given how much American militarism and economics have been connected in recent years with these two countries, it gives us a chance to think about them.

Mistry shares that he played it to a full house at Dreamland in February, calling it “a thrilling and terrifying experience. The piece continues to be a work in progress, as I make adjustments and changes based on what I learn from each audience.” Mistry’s last solo piece, Indian Cowboy, played at Illusion in ’06.