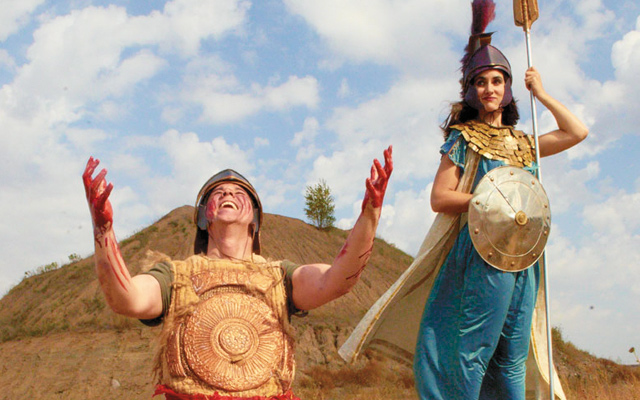 Context first. The warrior Ajax in Sophocles’s tragedy, also a legendary figure in ancient Greece, was slighted by his military superiors. This triggered his vengeance impulse, which made him vulnerable to Pallas Athena, who then tricked him into a killing spree. The goddess made him imagine that various farm animals were actually the commanders at whom he was so enraged.

In Ellen McLaughlin’s acclaimed drama there are parallel narratives. Ajax appears as both Ajax (Rich Remedios) the Greek and as his present day female version, A.J. (Katie Guentzel), an American soldier in Iraq. The ‘slight’ A.J. suffers is that of not being recognized for her bravery and for being humiliated by her commanding officer.

A few years ago director Wendy Knox directed another Iraq play, Judith Thompson’s Palace of the End, which dealt with Lynndie England of Abu Ghraib infamy. Though A.J. and England are radically different characters, Knox points out that in both plays “the culture of the military seems an obvious challenge for women. With Ajax in Iraq, a friend who does training for sexual harassment prevention in the military joined us to talk about his experiences. From his perspective, the relatively small numbers of women in the military reinforce their need to prove themselves up to the task. His observation is that women are reluctant to show their femininity, as that is equated with weakness. The numbers of women who are raped–one in three–by their comrades is astounding.”

As for those who may be unsympathetic toward any soldier whose job implicitly is to kill for his or her country, McLaughlin recognizes a distinction between being a soldier and a nation’s military policy. Those who struggle with the the advancement of gays in the military being an evolutionary leap and yet lament what that military does, will relate. Note that McLaughlin is also the actual actress who originated the role of The Angel in Tony Kushner’s consummately humanistic Angels in America, so you can be sure she has wrestled with this paradox or contradiction, however you want to frame it. Recall too, how a generation ago, gay serviceman Leonard  Matlovich discussed the irony of being denied the right to love men but as a soldier he was given the right to kill men.

Frank Theatre dramaturg Steve Matuszak calls Ajax in Iraq a “kind of subconscious to the contemporary story, empahsizing that contemporary objections to the current wars that the US engages in are echoes of struggles raised throughout the ages. The parallel stories of a Greek warrior and a contemporary soldier both point to the inability of making sense of war, no matter what the context.”

In addition, Knox calls it an “examination of how war has been a crazymaking proposition throughout history. The play has a poetic resonance in our time.” Though misogyny and militarism have long haunted America’s cultural landscape, this past war decade has raised alarm and consciousness on these counts in a way unimaginable, and unreported in years and decades past. (TIME and Democracy Now! have investigated US military rape in the past few years.)

Civil Rights attorney Lori Peterson observes that “women and gays in civilian life are extremely reluctant to come forward with complaints of harassment and abuse. In the military, that reluctance increases a hundred-fold. That trepidation, and the failure of leaders to effectively prevent it, intervene or impose appropriate consequences, embolden those who harass and abuse.” 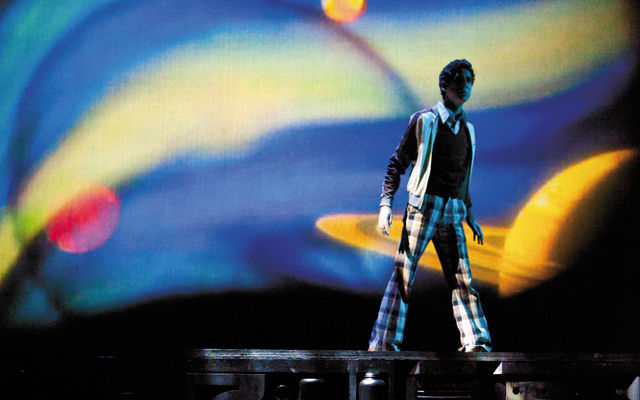 This is sci-fi fantasy that never loses its humanity. The story of a misfit sister and brother who traverse planes of reality and existence in search of their father who went missing because of a secret government experiment in another dimension, is given great heart by young actors Helena Scholz-Carlson and Brandon Brooks as the siblings and Noah Crandell as their fellow misfit.

Revered dance companies build their stellar reputations not only on excellence but on memorable dance pieces that are deemed worth reviving. Zenon, the adored modern and jazz dance troupe, celebrates some of their favorites in their first Cowles Center run. If you missed Danny Buraczeski’s exhilarating Swing Concerto and Morgan Thorson’s examination of the body, Deluxe Edition, a ticket will get you in to see them together in an evening of modernist and postmodern passion. Not to mention, new works by Daniel Charon and Mariusz Olszewski. 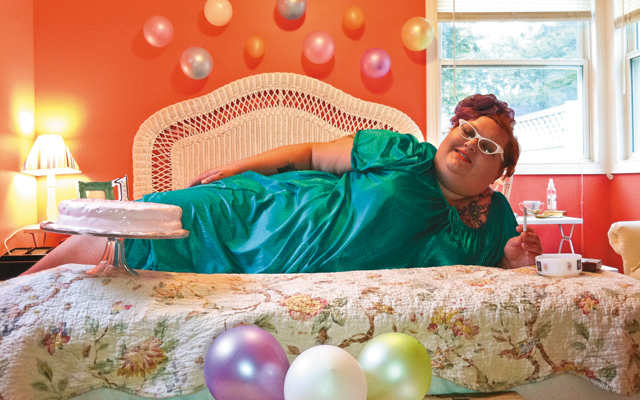 This year’s MUFF s the most forthrightly GLBT-inclusive yet. Co-curators Mark Hanson and Greg Yolen have slated some eye-poppers that will definitely linger in your mind long afterwards. Local filmmaker Tyler Jensen’s queer sensibility infuses the captivating 30 Films 30 Days, a film notebook of sorts that ingeniously keeps you wondering if it’s a documentary or scripted. The line between the two is blurred and that’s part of the fun of watching it. Eclectic observations that include women shooting images of women in an indoor practice range, drag artist Foxy Tann warning against a disease called ‘glitter lung’, and zombies in dire need of caffeine, always go where you don’t expect them.

LA filmmaker Eric Casaccio’s Freak portrays the near suicidal mindset of a trans actor whose career is on the skids. Financially unsettling phone messages and rejection by an image-conscious neighbor are darkly funny and in sync with our currently rough economic times. Aaron Merken gives a powerhouse performance that could have been laughably camp, but instead, is an anguished look inside a desperate soul.

Genderf-ckation is a stimulating potpurri of various Minnesotans who have defied binary gender labels. Its best moments are in touching interviews with the mother of trans activist, Andrea Jenkins and transwoman Leigh Smythe’s son frankly and vulnerably sharing his perspective. Jenkins, Smythe, and musician Jendeen Forberg tell personal stories that are illuminating, giving us a range of how trans people integrate into society over time. Filmmaker Chris Durant has drenched the film with interesting but widely varied comments from academics and other titled folks. While this is often engaging it makes the film overly intellectualized. In fact, one interviewee talks about the advantage of college degrees in understanding gender!

Another out of town film to watch for is Bronze, New Yorker Steve Strauss’s examination of sexual boundaries in the lives of three teenaged girls. It muses on issues of accountability, responsiblity, and consent.

One of America’s most thought-provoking Gen X playwrights delves into teen turmoil featuring Ali Rose Dachis. Director Ben McGovern observes “Adam Rapp’s plays are full of unflinching and deeply truthful observations of humanity. They often contain troubling paradoxes about getting what we need to satisfy our own needs and the damage we do to people in that pursuit. For that reason he is sometimes looked at as having a cynical view of humanity, but a closer look shows that his characters are in search of a deep, almost spiritual connection to the world around them.”