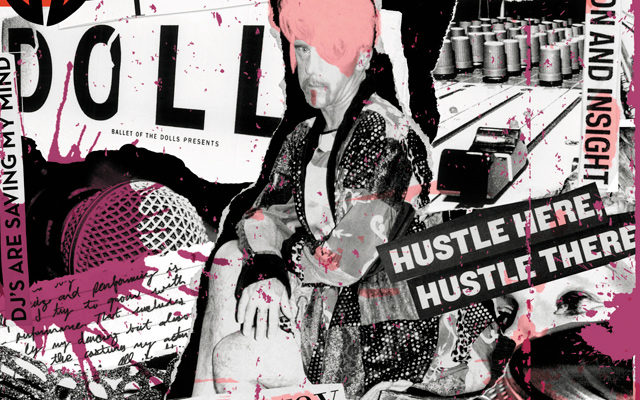 Songs for a Swan — Myron Johnson, the pioneering artistic director of the gender-bending Ballet of the Dolls, has been dancing for 50 years, since age eight. His latest solo work examines his life experience and thoughts that come to him from the vantage point of growing older. He reflects on how experiencing Paris as a young man profoundly impacted him, on growing older, on being gay, on being a showman, and on the loneliness of being an artist. You can expect the unapologetic sexual power the Dolls are known for, something which Johnson says his piece can’t not reflect.

Johnson observes “There is no way you can put someone out on stage -male or female- and having them move gracefully and beautifully isn’t going to be sexual unless they’re trying to be. I’ve walked out of more dance concerts because the idea of sexuality was feared and trying to be hidden. I can’t stand that. Dance is not a sport.”

To that point, Songs for a Swan addresses our preoccupation with analysis, therapy, and what Johnson calls “Overthinking things and trying to get over things. I thought why is it so important for everybody to try and get over something. I don’t want to get over anything. I just wanna live it!”

He elucidates “Sexuality, for the good and the bad of it, has always been in my life since I was eight. And so when I do something and someone says to me ‘oh my God, that was so out there’ or ‘that was so sexual’, I’m always amazed because I just see that as a part of the whole.”

When asked about being exposed to sex at such a young age, Johnson replies “30 years ago I would have said something very different than what I do now because I’m on the other side of it. And having sex introduced to you in your life is a trip. It’s a trip. Just like being bullied or anything else, you will never be able to not have that be part of your life. I will never be able to have being abused not be a part of my experience. So for me the best way to deal with it was to continue to explore it. And not deny it and not have even a judgment about it because I can have opinions and feelings about whether or not it should have happened. It did. So my only choice is to explore it and figure out what I’ve learned.”  Oct. 27 – Nov. 6 • Ritz Theater, 345 13th Av. NE, Mpls. • (612) 436-1129 • www.ritzdolls.com

Footloose — Director Craig Brewer’s new version of Footloose is gutsy, gritty and glorious. What he calls a “red state, blue state” re-imagining of the 1984 original, has teenaged Bostonian Ren (a magnificent Kenny Wormald) defying a Georgia town ordinance against teenage dancing. That draconian measure was spearheaded by a grieving preacher (a wrenching Dennis Quaid) who snapped into puritanical mental/emotional overdrive when his teenaged son was killed in a car crash after a dance party. For Brewer, rednecks and evangelicals combine their negativity to wreck natural youthful vibrancy. Julianne Hough shines as Ariel, Quaid’s suffering daughter. Now Playing, Area Theaters. 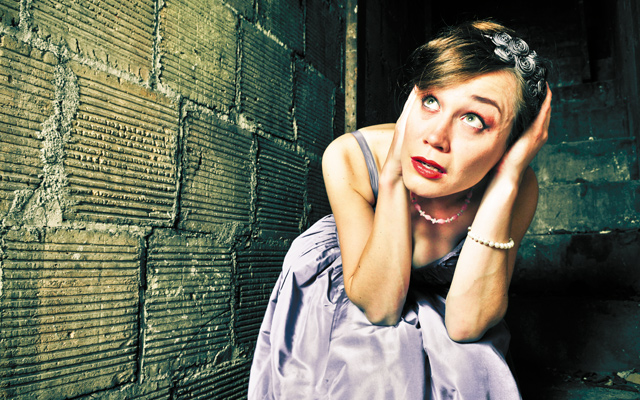 Haunted Theatre Fallout — The Cuban Missile Crisis re-imagined for Halloween by Live Action Set actors in a building that once served as a fallout shelter is nothing short of inspired. Director Steve Barberio reveals “We’re creating a series of experiences that audiences would go through if there was a nuclear war starting while they’re here. We take them on journeys through the space that really ignite the imagination. There will be videos from that time -Nikita Kruschev pounding on a table, instructional films on how to avoid looking into the explosion of atomic bombs. You’ll experience what it’s like to be in a fallout shelter, in the deep bowels of this building, with nuclear explosions going on out on the street.” Through Oct. 31 • Loring Theater, 1407 Nicollet Ave., Mpls. • (612) 353-6781 • www.loringtheater.com

Mercy Watson to the Rescue — Victoria Stewart’s comedy about a married straight couple who treat their pig, Mercy (Sara Richardson) like their child, rather than a pet, is one of the funniest productions of recent years. And if there was ever a Hall of Fame for Most Deliciously Hilarious Old Bitty Performances Ever, then Wendy Lehr as cranky neighbor, Eugenia Lincoln, would have to be inducted. Adapted from Kate DiCamillo’s book series with a sumptuous scenic design by Eric Van Wyck. Through Oct. 23 • Children’s Theatre, 2400 Third Av. S. , Mpls. • (612) 847-0400 • www.childrenstheatre.org

Absentee Landlord — John Waters made his mark a generation ago with indie films that were intentionally vulgar, campy, and often drag-driven. Recall his fabulous leading lady, Divine. In 2011 the Walker Art Center has let him choose from their permanent collection his personal favorites to curate his own exhibit. From images of UFOs in D.C., to women and apes getting overly friendly, to a film of a McDonalds restaurant being flooded with water, it’s all whimsically mischievous. Ongoing • Walker Art Center, 1750 Hennepin Av., Mpls. • (612) 375-7600 • www.walkerart.org 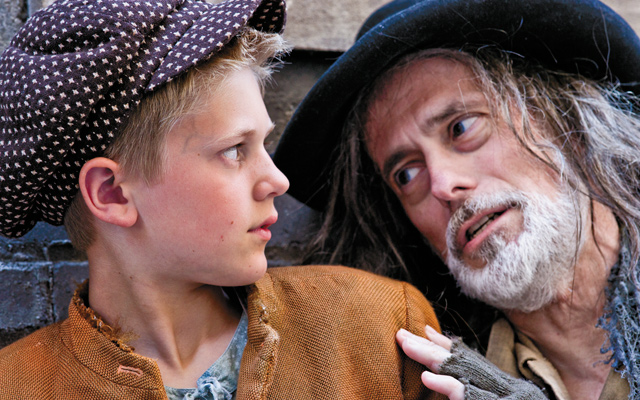 Oliver Twist — Neil Bartlett is loved for his sense of gay history in his fiction (Skin Lane) and for adapting classic European plays (Genet’s Splendids). He combines gay sensibility with a sense of history and a social consciousness. Director Joel Sass calls his adaptation of the Dickens classic “a stage equivalent of a thrilling page-turner. Dickens wrote with incredible empathy about the heroism and tragedy of ordinary lives. Neil Bartlett reclaims Dickens as a modern author.” Through Nov. 6 • Park Square Theatre, 20 W. 7th Pl., St. Paul • (651) 291-7005 • www.parksquaretheatre.org

Much Ado About Nothing — We’re accustomed to stories about young people falling in love. But William Shakespeare’s 1598 comedy concerns falling in love reluctuantly well past youth for the very first time. Call Beatrice and Benedick’s ultimate cohesion a ‘marriage of minds’ played out by Dhearballa Molloy and Daniel Gerroll. Much Ado also hits hard with the bard’s anti-patriarchal commentary on the mandate for female virginity, not to mention homoerotic undercurrents affecting the character, Don John (Ron Menzel). Through Nov. 5 • Guthrie Theater, 818 S. 2nd St., Mpls. • (612) 377-2224 • www.guthrietheater.org

Lysistrata — Aritsophanes looms as the great comic playwright of ancient Greece. His most popular work is about wives so fed up with husbands being away at war for so long, they decide to refuse to have sex with them until they come home and stay home. Obie-winner Maxine Klein directs with a set design by Kathy Stewart that will reflect the ravaged infrastructure of a country that’s channeled its funds to war instead of home. Oct. 26-29 • Whitney Fine Arts Center, 1424 Yale Pl., MCTC • (612) 659- 6118 • www.minneapolis.edu