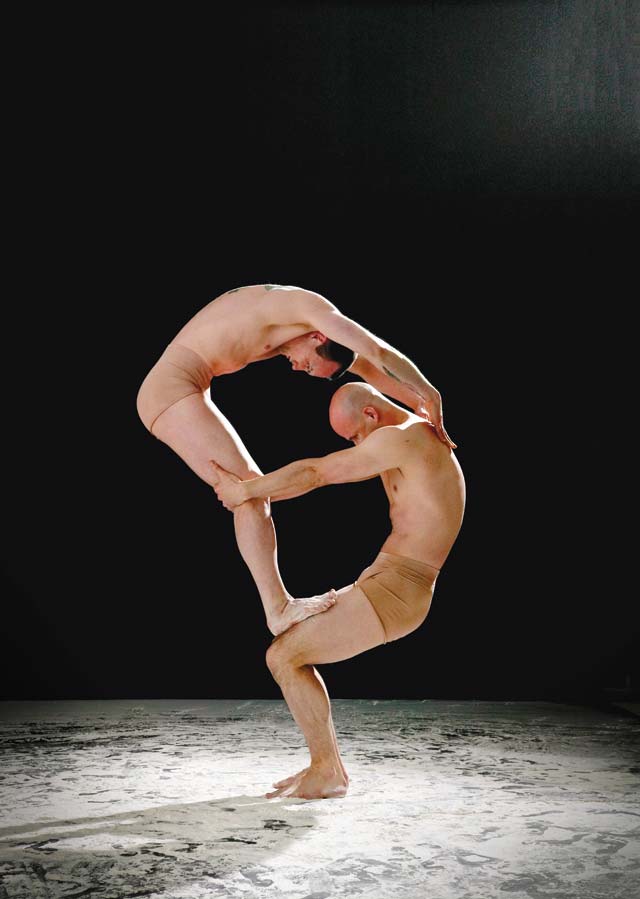 Choreographer Sewell says the 2011 staging will include groups of extras from the broader community to play witnesses to the issues addressed on stage. On different nights there will be different groups of these participants, walking in patterns and simply observing.

As for the marriage equality segments, Sewell says he is revisiting them with an eye to how swiftly the issue has advanced since 2008. He describes that “Three couples -a man and woman, two women, and two men- do the exact same dance. They meet, get closer, and share intimate moments in different ways with equal value and tenderness.”

Dancer Eve Schulte is responsible for lifting and assisting her fellow female partner Nicky Coelho, a task most often assigned to males. She shares “It has been an interesting process learning how to be grounded so that I can properly support the technical aspects of our duet, and at the same time, be tender with the movement so that the message of love and emotional support reaches the audience.”

Dancer Nic Lincoln, who is paired with fellow male, Corey Goei, points out “There are numerous statutes that prevent equal opportunities for GLBT couples. By portraying commonality between loving relationships regardless of gender, we hope to bring to light the importance of having the same opportunities as heterosexual couples.”

These same sex pairs will be enhanced by Chris Hannon and Leah Gallas as the opposite sex dance pair. Moreover, the extraordinary new Cowles space will intensify audience experience. Sewell explains “You’ve got this big state of the art stage and this intimate house. I think dance looks best in an intimate house where you’re close to the work and you can really get a feeling, a palpable sense, of what’s going on rather than way off in the distance. Typically, if you have that smaller intimate house you also have a smaller stage, smaller backstage, and you don’t have the full fly loft.” But then, the Cowles is hardly typical. 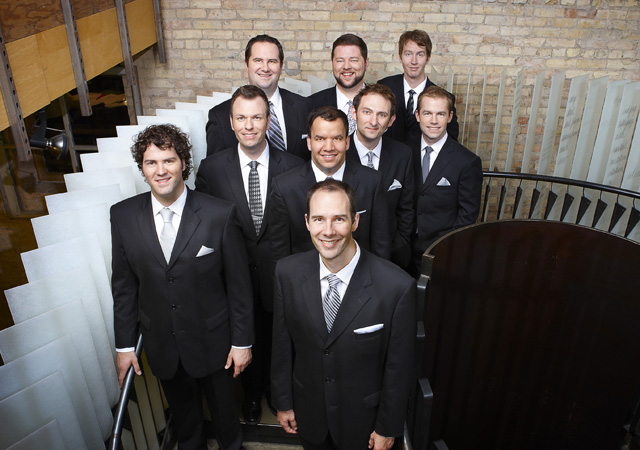 Humble adds “What I find interesting is performing this music with a group that is predominantly heterosexual. Cantus has some gay singers and I’m one of them. It’s very cool to sing this music with men who are not gay but completely comfortable singing these words. That is what I call progress.” 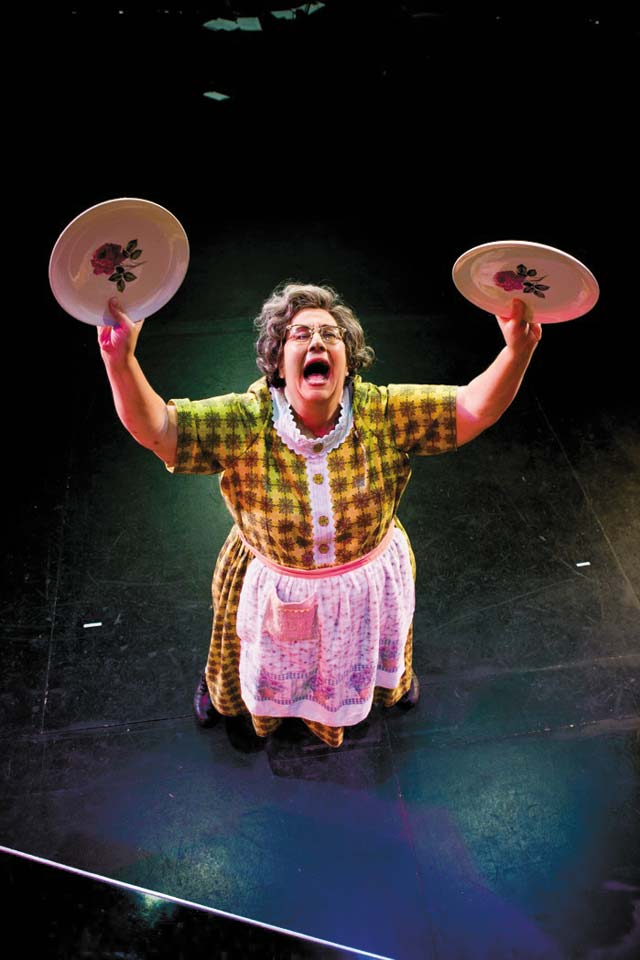 Balls Cabaret
Leslie Ball could be called Patron Saint of Twin Cities cabaret. She is to be congratulated for 20 years as the host of her affordable, weekly Southern Theater showcase of new work across the genre spectrum. Artists of any discipline at any level of experience can do whatever they want for five to seven minutes, uncensored. For 20 years Leslie has created countless opportunities for GLBT artists to try out and develop new work. Thank you Leslie!

The 25th Annual Putnam County Spelling Bee
Composer/lyricist William Finn, known for gay-themed musicals, also delivers in this 2005 nominee for six Tony Awards. Theater Latte Da director Peter Rothstein says “We still have very few images of gay families in American theater and at the center of Spelling Bee is Logainne Schwartzandgrubenierre, the daughter of two gay dads. The characters are a portrait of the future of America. Logainne, for example, goes on to become Secretary of Education under President Chaz Bono.” 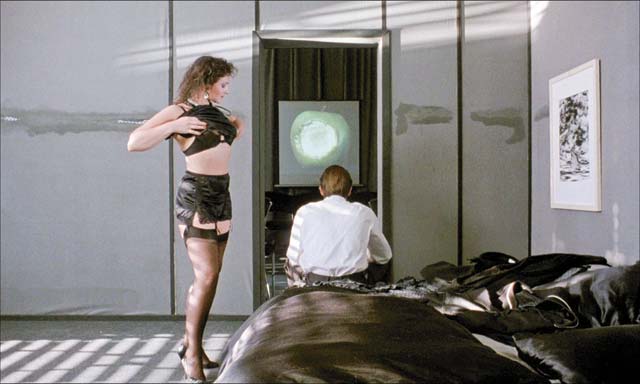 Like A Razor Across The Eye: Surrealism
Surrealism’s mind-bending celebration of incongruity has a numinous way of jarring our psyches away from rigid ideas about the nature of reality. Ideas we may not have even realized had been running us. This series includes Alejandro Jodorowsky’s Holy Mountain (1973), a stream-of-consciousness vision about religion. Filmmaker Luis Bunuel’s heretical Viridiana (1961) was banned in his native Spain. A Zed and Two Noughts (1986) directed by Britain’s Peter Greenaway deals with amputation and zoological observations. 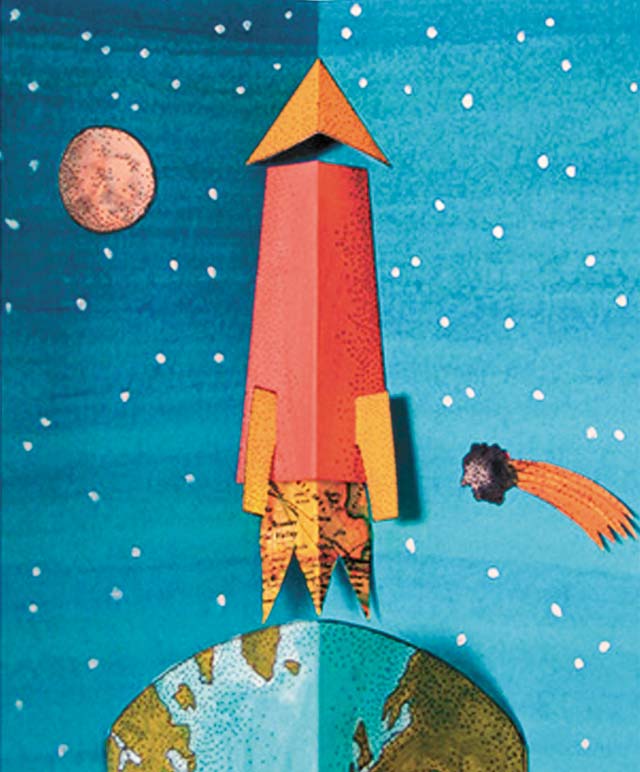 Birth of Venus
Shannon Troy Jones, who plays the lead in Lisa Meyers Flores’s fantastical play, calls it “The story of Betty’s journey to make her physical self reflect the person she has always been on the inside. Betty is a person, like any of us, and even though I don’t identify as transgender, I find it very easy to connect with her.” Jones has also been assisted by transgender-identified members of 20% Theatre Company Twin Cities.