Christopher Howard plays the older Billy Elliot in the national tour of the West End and Broadway smash. I asked him some questions about show biz and the challenge of dance.

JT: Have you ever encountered any homophobia in show business? 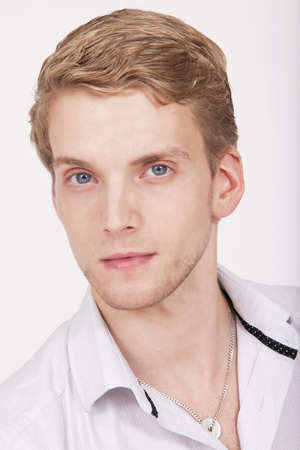 CH: I haven’t personally. I find this is a very safe business, especially for someone who might be afraid to come out or for someone who might be unsure of themselves if they’re still figuring out their own sexuality. This is a really safe business to figure it out. You have all sorts of people. Any given cast or production or anyone you work with is always open and understanding. The thing is, no one cares, which is great. You can be whoever you are and whatever you wanna be and it’s a very comfortable environment. I’m sure there are some people who are uncomfortable with it, but from my experience, I’ve never had a problem.

JT: You were brought into the production while it was already on tour. It must be daunting to be directed and sculpted into an already ongoing show.

CH: It was pretty tough – my first experience with a show already in progress. So I learned the production from our Dance Captain. And one of the resident choreographers taught me the ‘Dream Ballet’ sequence. And it was difficult. I mean, I could go out and watch the show at night, so I had an idea of what was going on on stage. I’d seen the Broadway production when I was learning certain dance steps or blocking for a scene to where I was supposed to go. So here’s a random rehearsal room that’s empty and had some numbers on the floor. So okay, you walk here. You go here. And you move here. You have to remember but it almost means nothing to you until you can see it on stage with everybody around you. I had six weeks of rehearsals and I finally had a ‘put in’ rehearsal where the whole cast came in the afternoon: we ran through the entire show with me and my track (he sections of the show a performer is in) replacing the gentleman who was leaving. That’s when I finally got the opportunity to see whose around me, where I am in relation to the set and how all the dance numbers work out on stage.