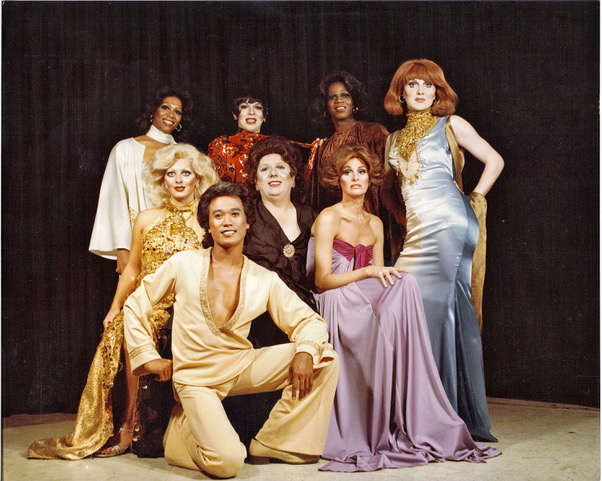 The art of female impersonation is reported on with gritty vibrancy, showbiz pizzazz, and erotic splendor in a new documentary titled The Queens, produced by Richfield-based The Reporters Inc. It reflects on The Baton Show Lounge, a queer historical Chicago landmark, where the annual Miss Continental Beauty Pageant is an international go-to event in the subculture of female impersonation. Indeed, the film doesn’t hesitate to own that this is about a subculture, and for those of us who have worked within that subculture, it is a vivid depiction. Not only does The Baton’s Miss Continental competition draw from all parts of the nation, but from well beyond: Israel, Thailand, Australia.

What has become a gay world tradition began in 1980 by the refreshingly up front Jim Flint, the Miss Continental creator and owner—a smart, savvy, compassionate man. What Flint had been observing at other pageants rankled him. He was at odds with how other pageants discriminated against body enlargements and enhancements. He felt it was time for a space of acceptance where those who chose to make physical changes were welcome to compete.

Moreover, these exclusionary attitudes compelled Flint to restrict those who have had what he calls “sex changes” from competing. This may sound contradictory, but he gives a clear explanation of why he thinks that once you’ve had gender reassignment surgery, you can no longer be considered to be a female impersonator.

One charming competitor, Tiffany T. Hunter, responded to her own dad’s curiosity about enhancements vs. reassignment with, “I never took anything away. I just made additions.” The Queens enjoyably opens up questions of fairness that will disrupt political correctness. And not in a defiant way, but simply in a matter of fact way. Contestants point out why competing with a person who has had gender reassignment surgery is not an even playing field. One relates the downside of being compared with, as she puts it, a “biological” woman. As Naysha Lopez says, “I’m petite, but when you put me next to a girl, you start to see the more manlier features that I have. Then that softness and that petite-ness is longer there.”

Other pageant interviewees might also win your heart with their pluck—the likability level of the artists in The Queens is way up there! Ginger Grant identifies as a gay man and talks of being a class clown as a kid. Maya Douglas points out certain advantages because of her Asian descent. Sheri Payne is an exemplar of dust yourself off and pick yourself up. Resiliency is the key!

The Queens also addresses problems of relationships with men who identify and are in essence, straight. That said, sometimes such relationships do in fact work. Unfortunately, in some cases some contestants ended up in relationships with deadly men. To add to the mix, in the case of a competitor who also worked as a sex worker, Alana Kela, was killed by one of her madams. She is interviewed on a Jenny Jones Show episode where thoughts on being an “illusion of woman” and how lucrative the work was are shared.

The Queens also shifts into aspects of lives of female impersonators inescapable from the time of the Miss Continental contest’s inception. In the 1980s, when cocaine was ubiquitous and the AIDS epidemic was not manageable like it is now, forlorn memories are evoked. Flint is clearly moved by remembrances of those who died of AIDS, cancer, and murder.

Another death sentence suffered was from illegal silicone injections, such as those which killed Tanisha Cassidine—a hazard of enhancements and enlargements. This choice is frankly discussed by some of the Baton group and the film even muses on the psychology behind that.

Call it cliché, but The Queens is genuinely about the human spirit rising above all that pain, and it is palpable as you watch. These performers do not play victim in the way that has become too typical of many on the margins nowadays. As we watch them meticulously prepare to perform and self-display in their dressing rooms, we witness artists in process with purpose. They glory in the unfolding transformation and sometimes at great sacrifice and expense.

Perhaps the film’s most dazzling segment is Alexis Gabrielle “Gabby” Sherrington’s scrupulous homage to Pearl Bailey’s Dolly Levi in Hello Dolly! It reminds us how indispensable queer talent is to the glorious American musical tradition. Gabby also reminds us as we watch, that artists of her commitment are the keepers of performance tradition.

Mark Saxenmeyer has directed, edited, and written The Queens with a briskly dynamic sense of vitality. He has a keen eye and deep connection to the subject. Larry Collins’s cinematography definitely supports that as well. This documentary entertains, informs, and ignites the imagination. The lines between male and female are sculpted into new forms. Miss Continental Head Judge Skip MacKall points out, “What you have to remember…no matter how they describe their gender identity, the illusion you bring to us is the most feminine woman you can.”