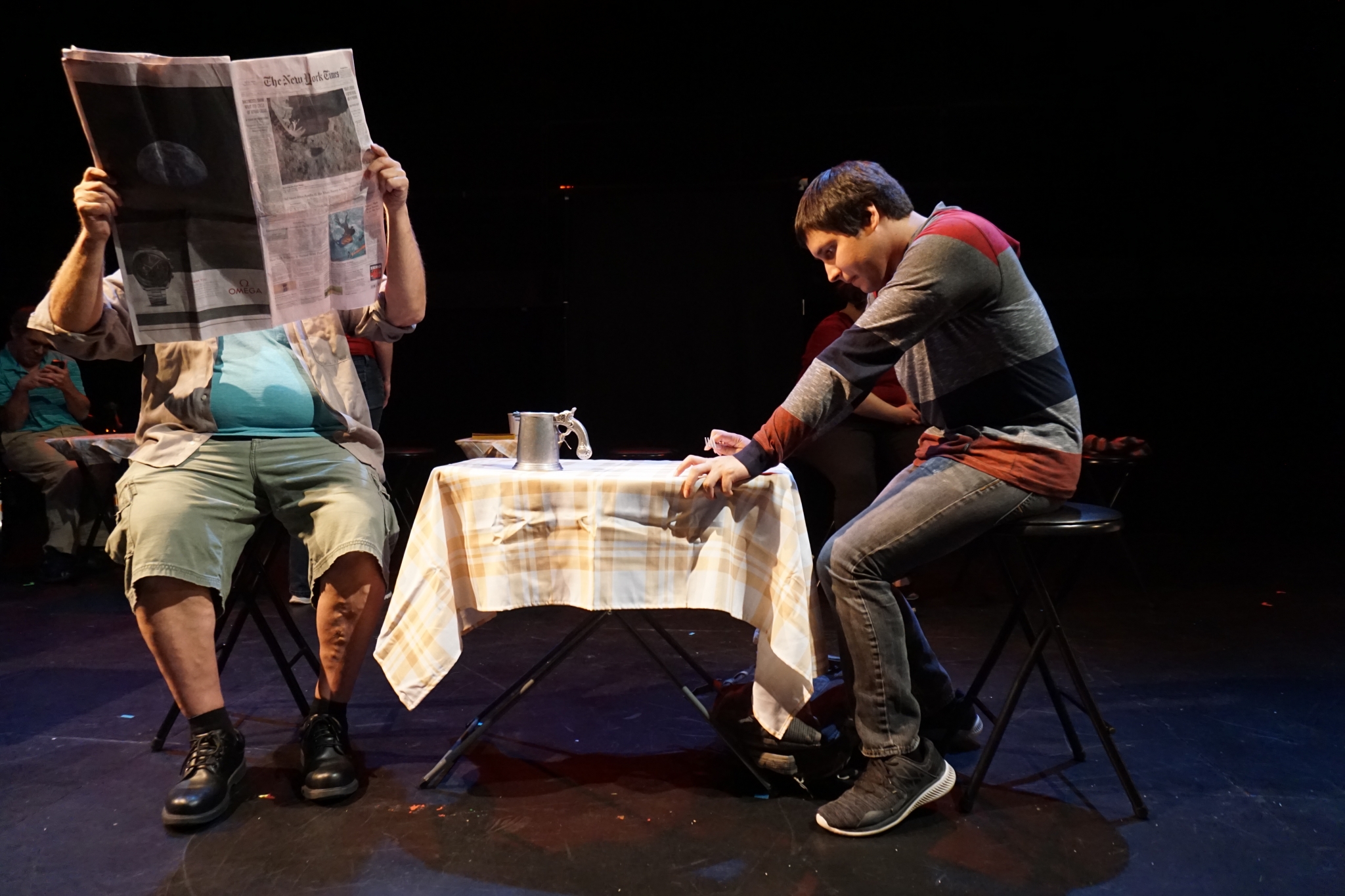 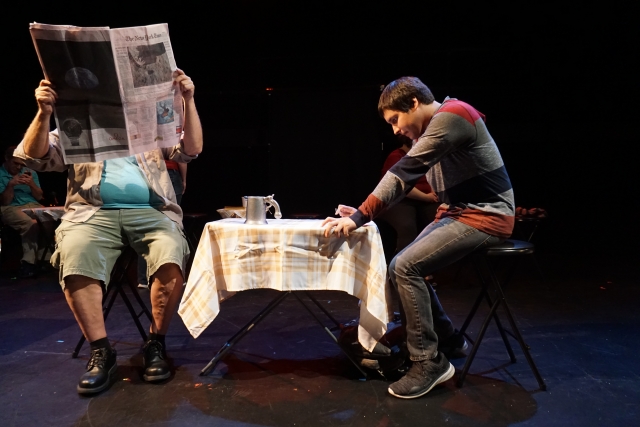 Not Here, Not Now. Photo by Eric Path

Lance Urbick mines the torment of a confused teen in a strong major role performance in writer-director Jay McMahon’s dynamic statement about loose gun accessibility standards and the horror of mass shootings. Not Here, Not Now is obviously prescient.

The patrons of a neighborhood coffee shop don’t realize the ticking human time bomb in their community and McMahon has created terrific moments for all of them. In two searing performances, Duane O. Koivisto and Cherelle-Renee Childs play out polar differences between a husband and wife whose views on guns has driven a wedge between them.
The rest of the cast plays roles that reflect collective feelings of insecurity and arrogance. Nick Sakes is hilarious as a shady politician who defaults to saying “blah, blah, blah” to questions he is asked. Allison True brings both warm wit and sardonic wit to roles of an empathic barista and a callous receptionist.
Michael Cohn, known in Minnesota as an accomplished wheelchair dancer, is touchingly expressive as a coffee shop patron and a reporter whose instincts and understanding tell him something’s gone seriously wrong in America with all the gun violence. Sheila Path-McMahon gives Not Here, Not Now vivid moments of clarification in her segments as a reporter whose conveyance of cold facts evolves into a more heightened sense of urgency as the play unfolds.
McMahon’s sharp direction and no-nonsense approach to the writing are well contrasted with beautifully evocative music composed by Terry Hughes. The score adds a kind of gravitas to the unraveling atmosphere Not Here, Not Now portrays so effectively.
Not Here, Not Now
Through Aug. 11
Rarig Center, U of M, Minneapolis
www.fringefestival.org